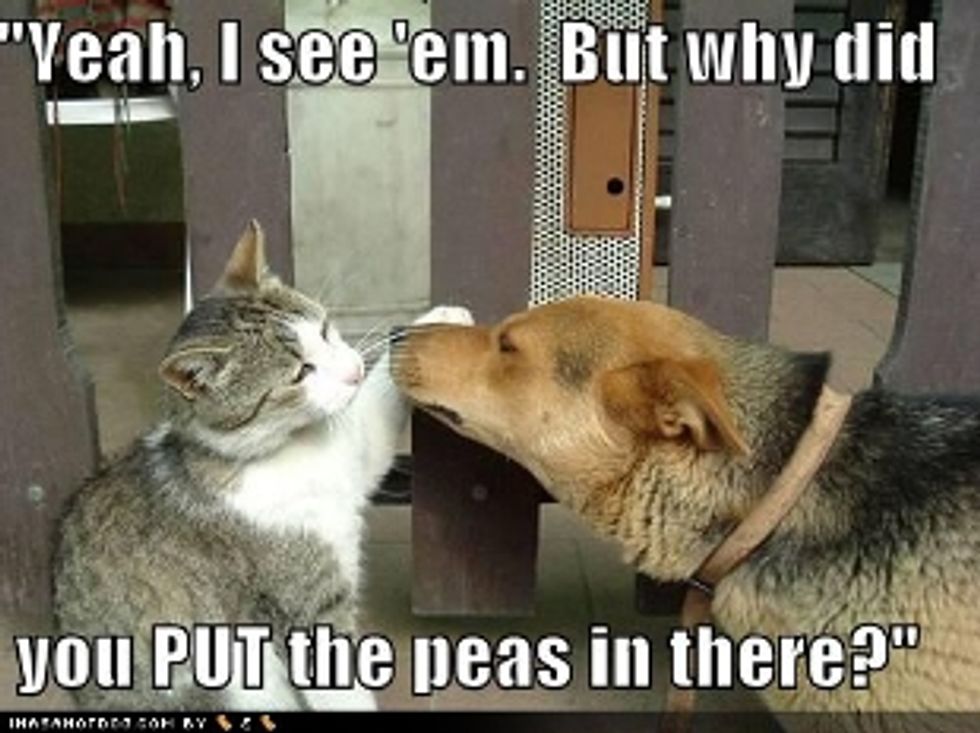 Dogs and Cats Can Get Along, If Introduced Correctly

Many people say that it is much easier to introduce a cat to an established dog than the other way around. The theory goes that cats are solitary animals and often only seek human companionship for their physical need while dogs are more custom to living in packs, so when a cat has established its territory and position in the family, it'd be very violated to see a new animal coming in vying for the same property and human attention. In many families, their dog and cat simply do not get along where in other families, a cat and a dog exhibit a strong bond with each other.

A study has shown that if we are to introduce an one year old or younger puppy to an established 6 months old or younger kitten, chances of them to befriend each other are very high.

Often time, the culprit of their incompatibility stems from "crossed inter-species signals." When cats are upset or irritated, they sweep and lash their tail back and forth, unlike dogs' tail wagging usually indicates excitement and happiness. When cats are scared or being threatened, they hiss and avert their head to signal aggression and hostility, while in a dog, averted head generally means ready to succumb.

It is similar to humans where we are more adaptable to learning a new language when we are young, cats and dogs can learn from each other's signals and be able to interpret them much easier and quicker if they have the chance to grow up together early on.

For tips on how to introduce a dog to a cat, follow the link below:

How to Introduce a Dog to a Cat?

Here were stats from an interview conducted with approximately 200 pet owners who own both a cat and a dog: