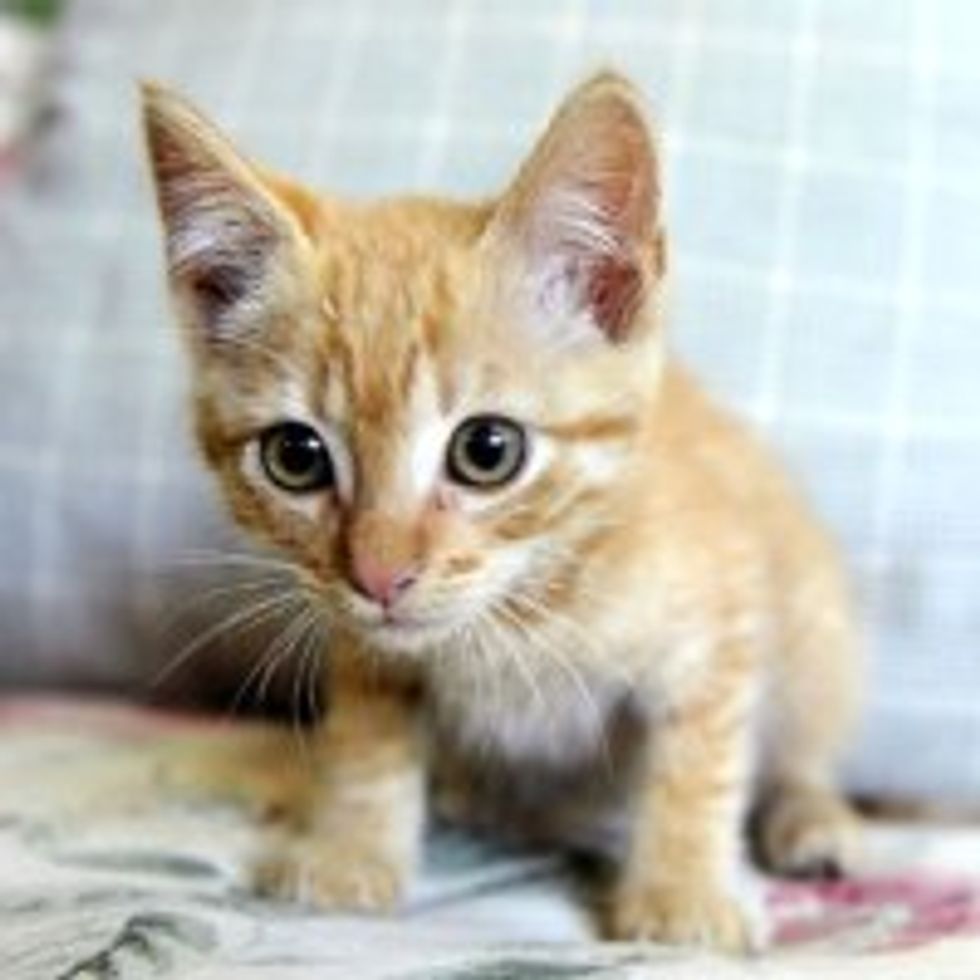 This little ginger kitten has used several of his nine lives after being trapped in a Fontana storm drain for days, but he didn't give up, crying through the pipes until one resident named Valerie Rodino who heard the cries and dialed 911 for help.

Eight firefighters including the Urban Search and Rescue team unit were immediately dispatched to save the kitten after they received the phone call around 9:22AM. Initially they tried to use tuna to lure the kitten out of the drain, but that was to no avail. Then they sent in equipment to check the oxygen levels to ensure there weren't any toxic gasses inside. A firefighter crawled in in an attempt to reach the kitten. According to San Bernardino County fire Capt. John Lansing via Fontana, "He was on his belly pushing with his feet and his hands to inch his way toward the cat, so he was pretty physically exhausted when he was done."

Finally around 11:30AM, they successfully pulled the little kitten out of a 20-inch pipe. "He was a little wet and probably a whole lot hungry," said Lansing.

The firefighters worked in a team to get the kitten out to safety. He was later taken to the vet by the residents and all seemed to be well with the little ginger boy. He is about 10 weeks old and has already found a new home in the neighborhood.

Firefighter safely pulled the little kitten out of drainage

Source: Fontana via The Sun and San Bernardino Fire Department.