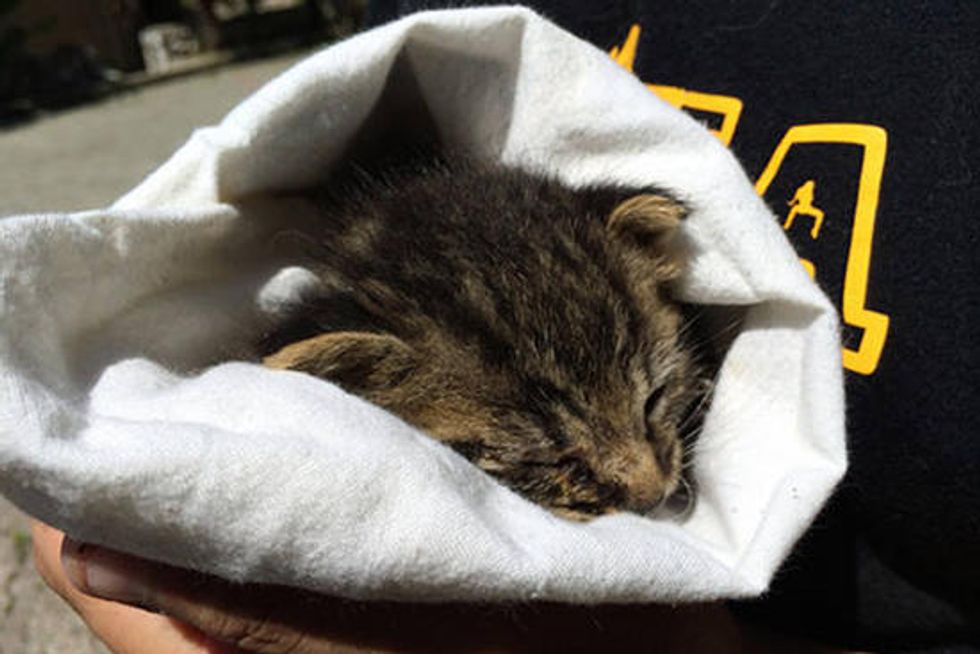 They found Toro the kitten behind a dumpster. He was sick, hungry and crying for help. The family spent two weeks making him well, and now he's a different kitty. The story has a happy ending.

The family brought the little sick kitten home and spent many sleepless nights nursing him back to health. "It was a struggle since he didn't always want to eat directly from the bottle. But, we're patient, even when it took 45 minutes to get him to eat bit by bit. He's well on to normal food now, eating like a maniac," tekz of reddit said.

When asked about the vet cost, they said: "We spent around $200 so far, but we're getting the rest of the bill today. We don't care, the only important thing is that Toro survived," they said. "I always say this is what extra income is for. I'm not going to remember what TV I had 20 years from now, but I'll always remember Toro and how I spent sleepless nights trying to make that little bundle of joy better."

When they found Toro, he was in bad shape, hungry and crying. They took him to a vet immediately. 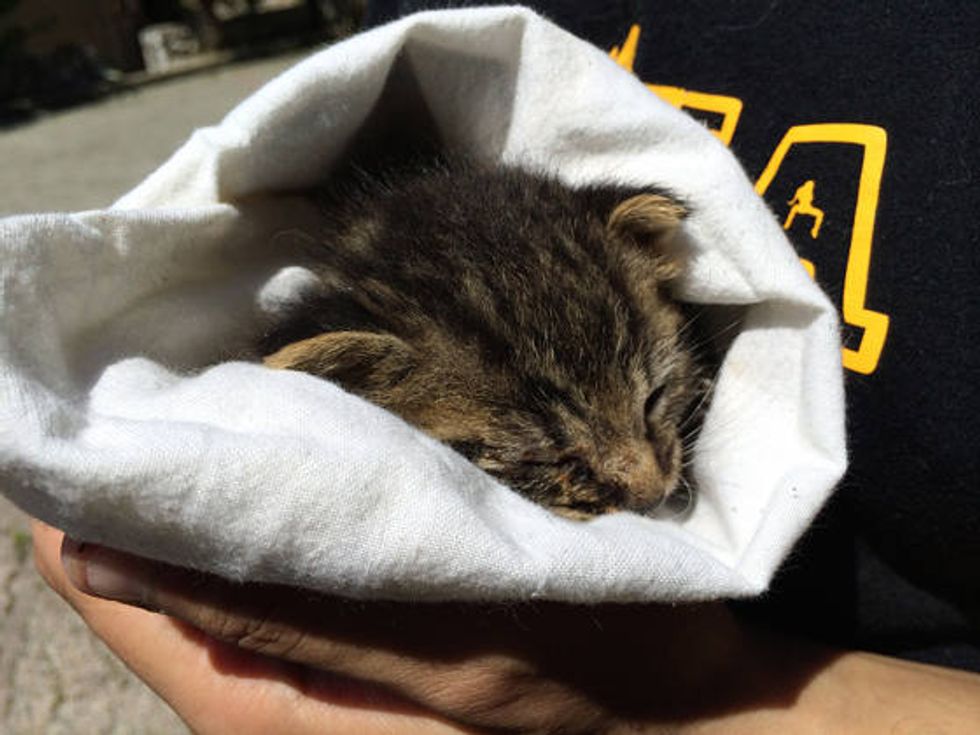 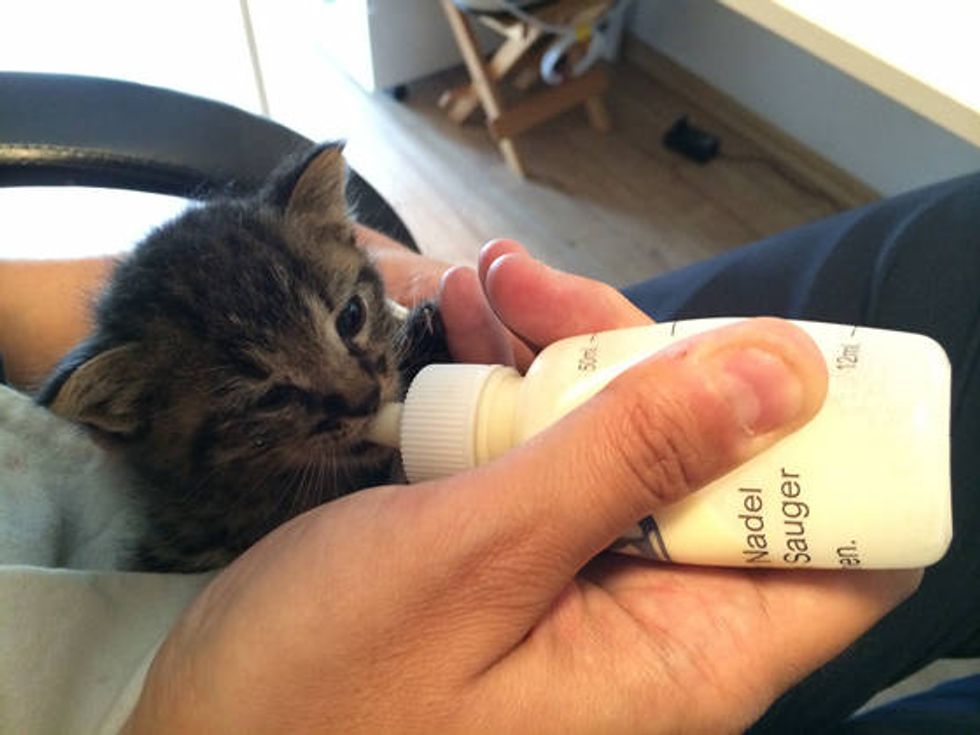 "His eye was closed and one of his back paws was huge, obviously infected. Got him on antibiotics and started feeding him every 3-4 hours." 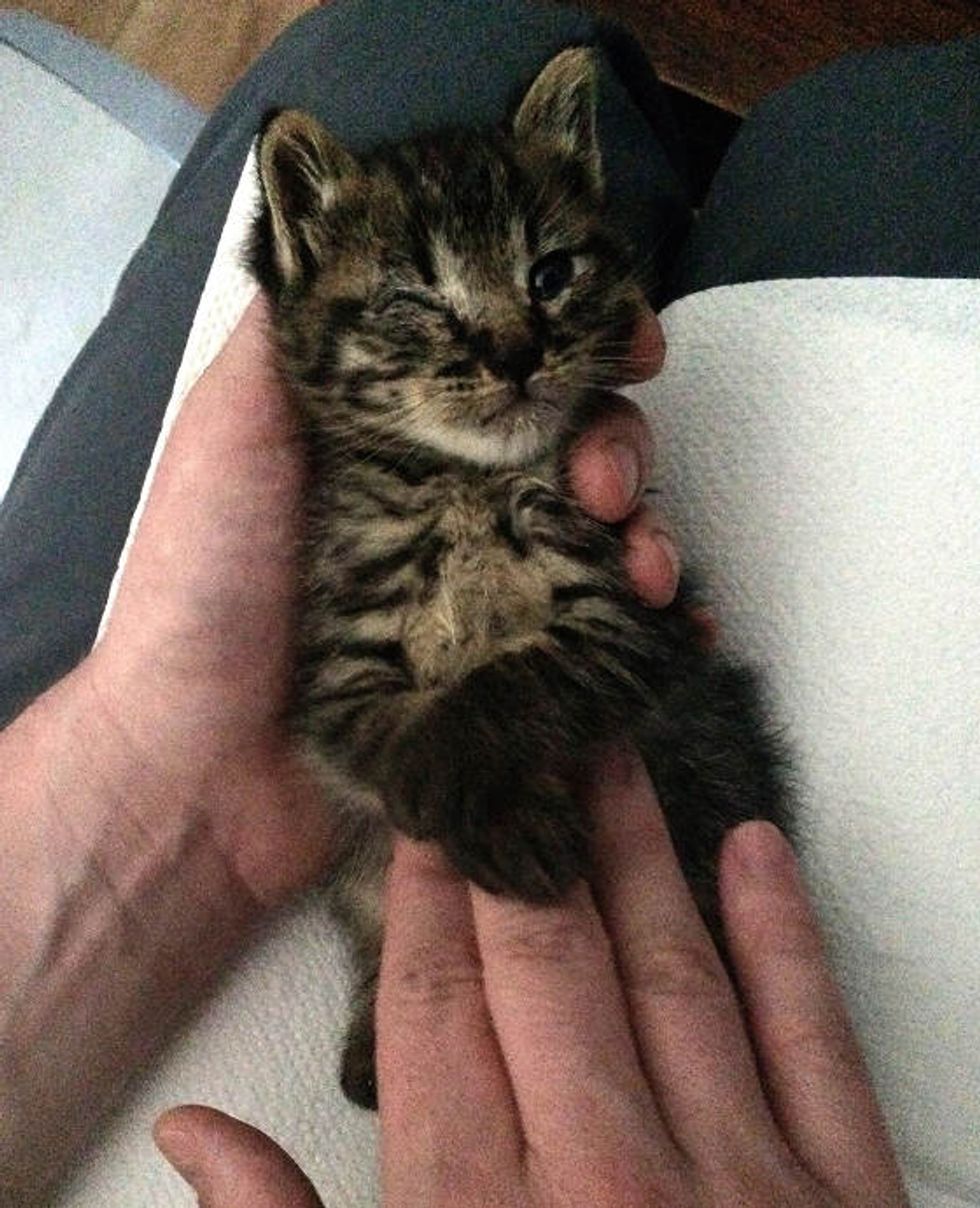 "A few days later he was already much better, but still couldn't rely on one of this paws." 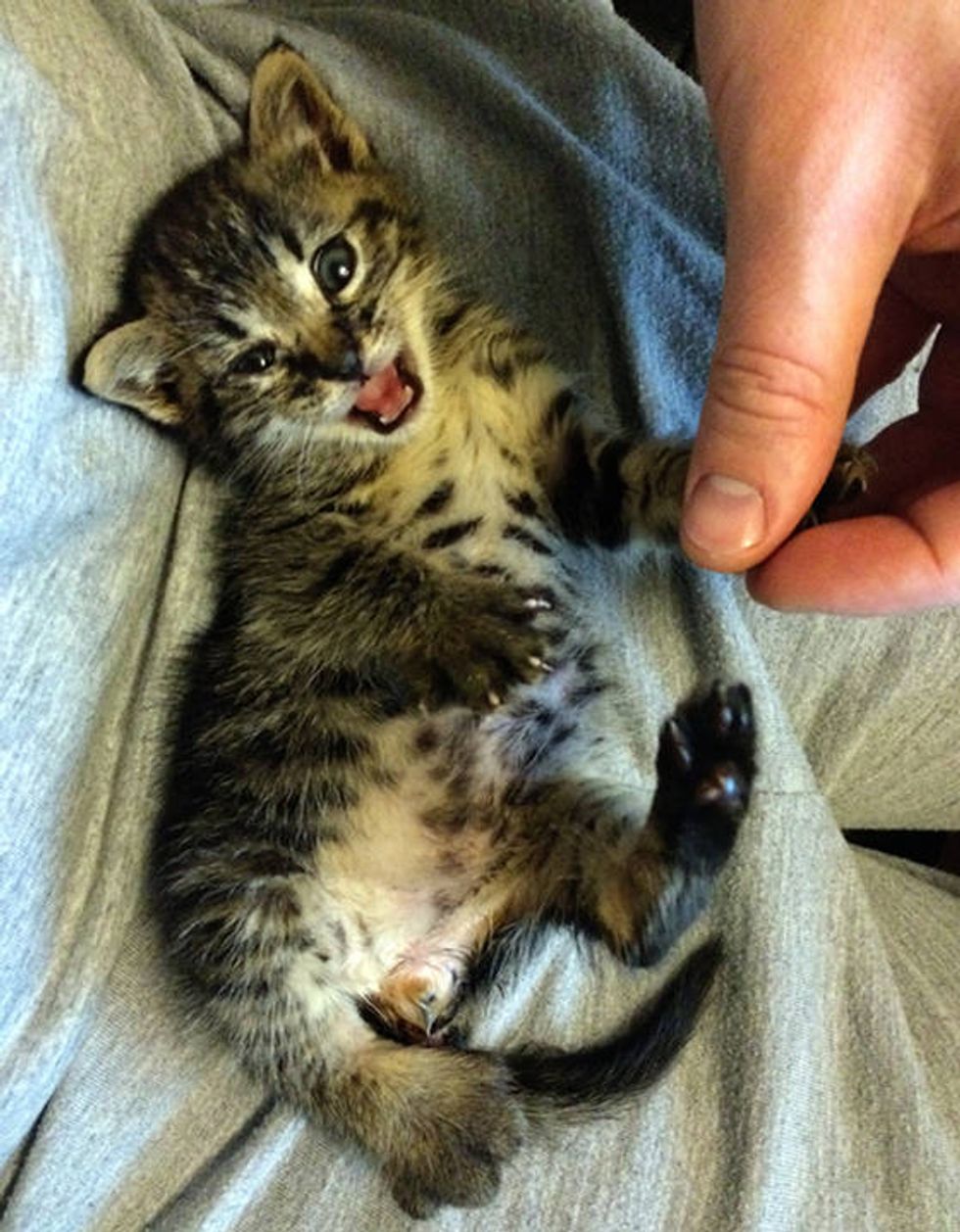 "A week on the antibiotics worked, he was eating like crazy and enjoyed cuddling." 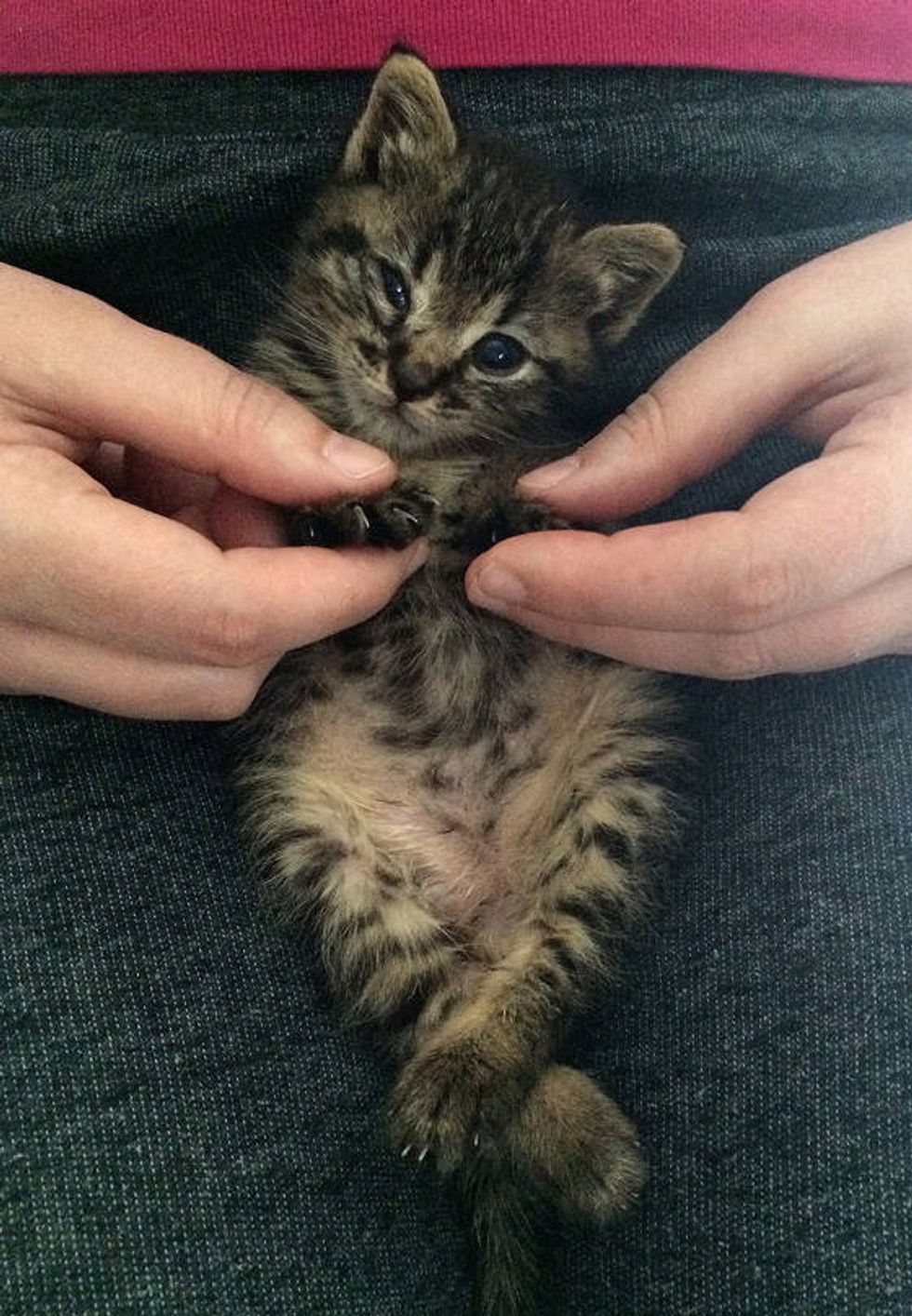 "10 days in Toro was using all of this paws, finally behaving like a normal kitten: running around and playing with a ball." 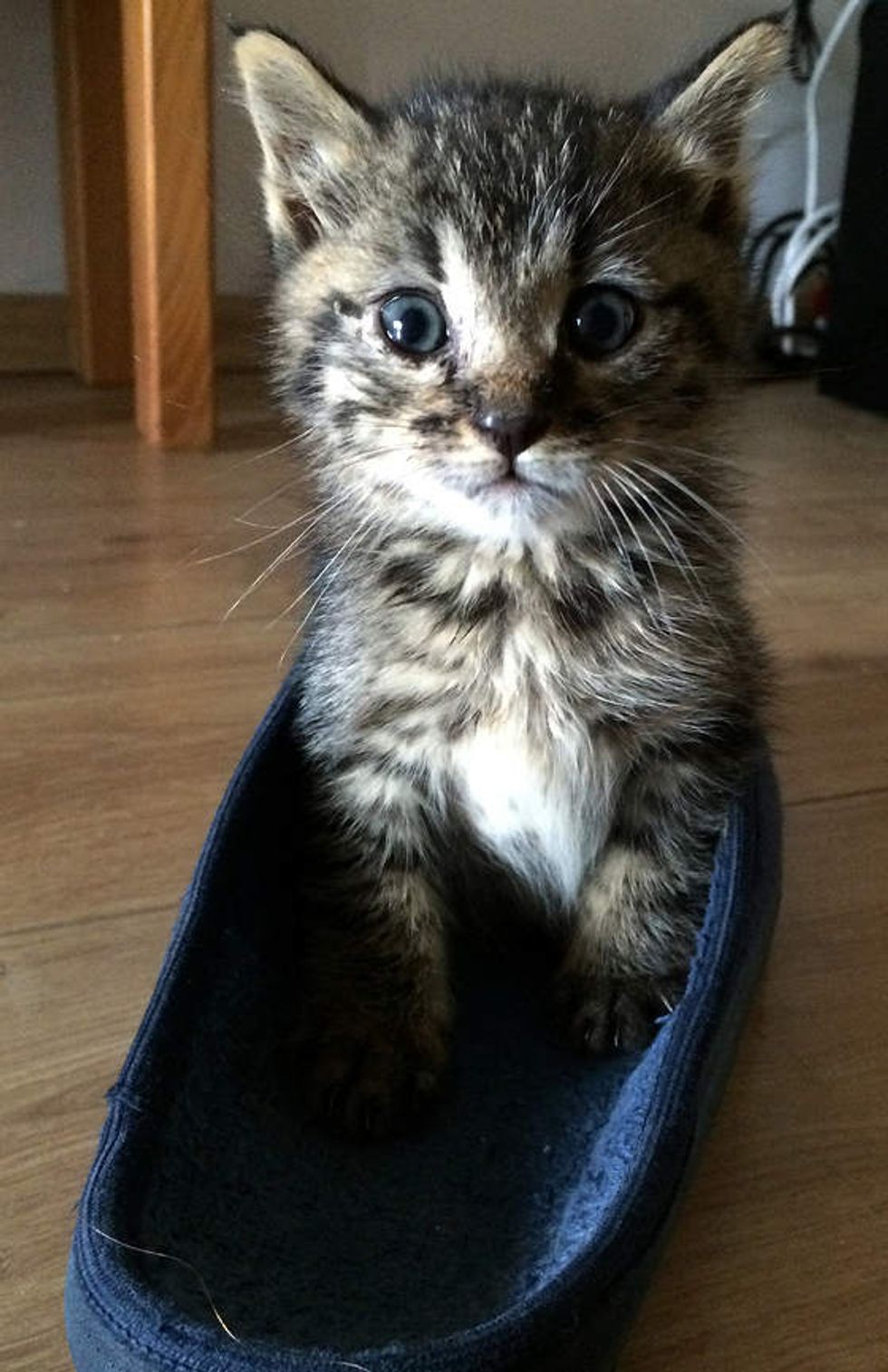 "Here's Toro sleeping in my lap after running around for two hours." 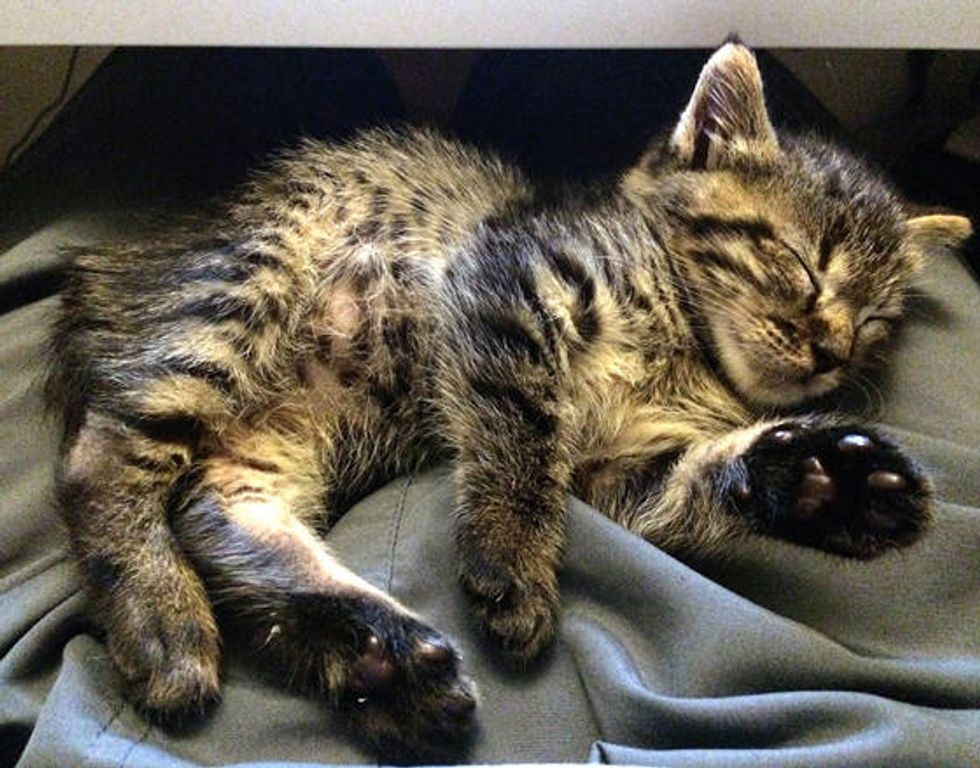 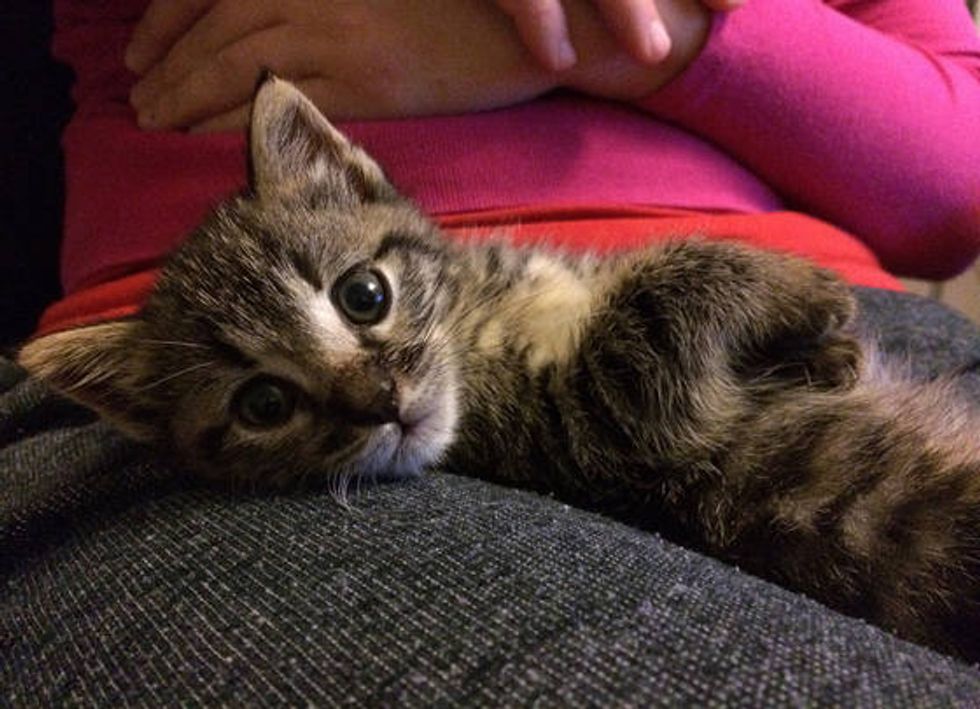