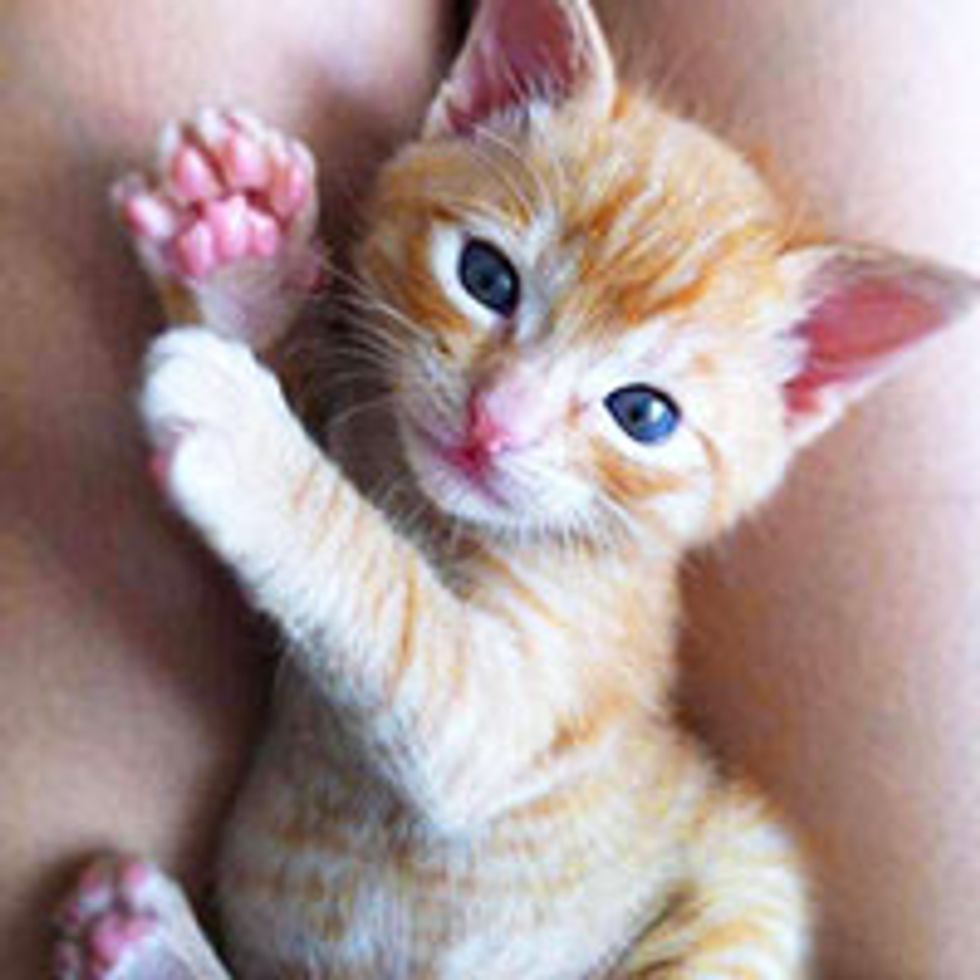 Jack the ginger boy was saved as a feral orphan baby kitten by someone who is extremely allergic. "I have to keep everything hypoallergenic and take Allegra D every single day, but it's so worth it," said Reddit user MissPriya, Jack's human mom.

"He was born outside of my friend's apartment complex and his mother abandoned him almost right away, so she gave him to me and I raised him from the bottle," she added via reddit. "The very first day I got him I knew Jack was the perfect fit for a name."

When Jack turned around one year old, they thought it would be a great idea to find him company, so they introduced him to Lola. They immediately bonded. "They were introduced when she was a newborn, so he kind of took her under his wing instantly." Jack became the big brother for little Lola.

"He used to come cuddle with me all the time, but now he cuddles with her instead." They are like the perfect match in heaven.

Today they are both fully grown and totally inseparable.

Jack getting his first bottle after being rescued:

All grown up today with his best friend, Lola