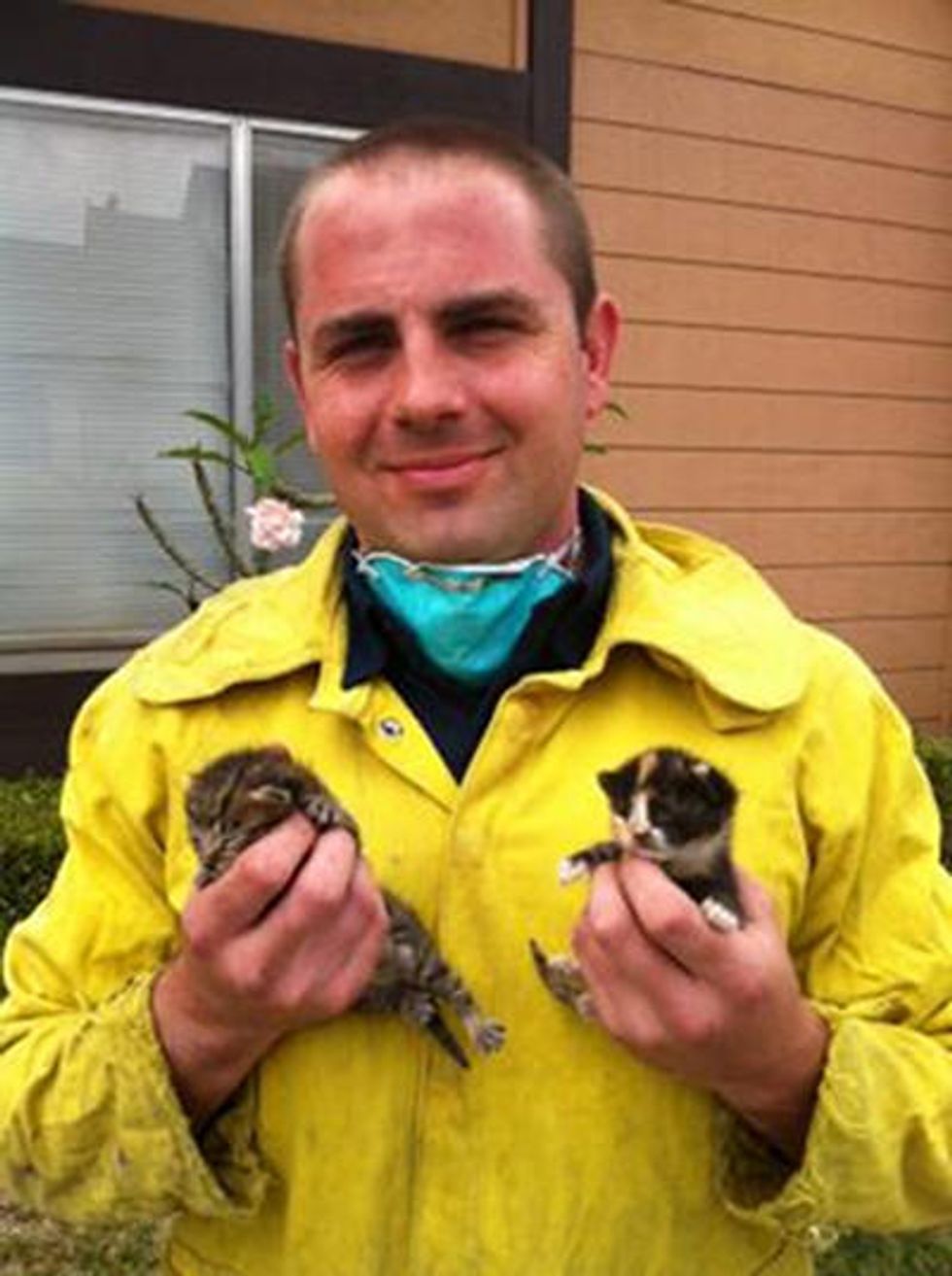 Two tiny 2-week-old kittens found temporary homes thanks to West Covina firefighters who rescued them from the wall of a home. A resident heard crying from inside the wall and called the firefighters one afternoon.

"Using a thermal imaging camera designed to hunt for hot spots during fires, firefighters were able to locate the kittens within the wall of the home via their body heat," Whittier Daily News reported

"We decided to adopt them ourselves for the meantime."

While they were at a PetSmart to get food and supplies, they met Cats At The Studios, a cat rescue group, that was hosting a cat adoption event at the time.

They learned about the story of the two kittens and agreed to care for them until they could be adopted into forever homes.

The kittens were named "Flame" and "Cinder" in honor of their rescuers. 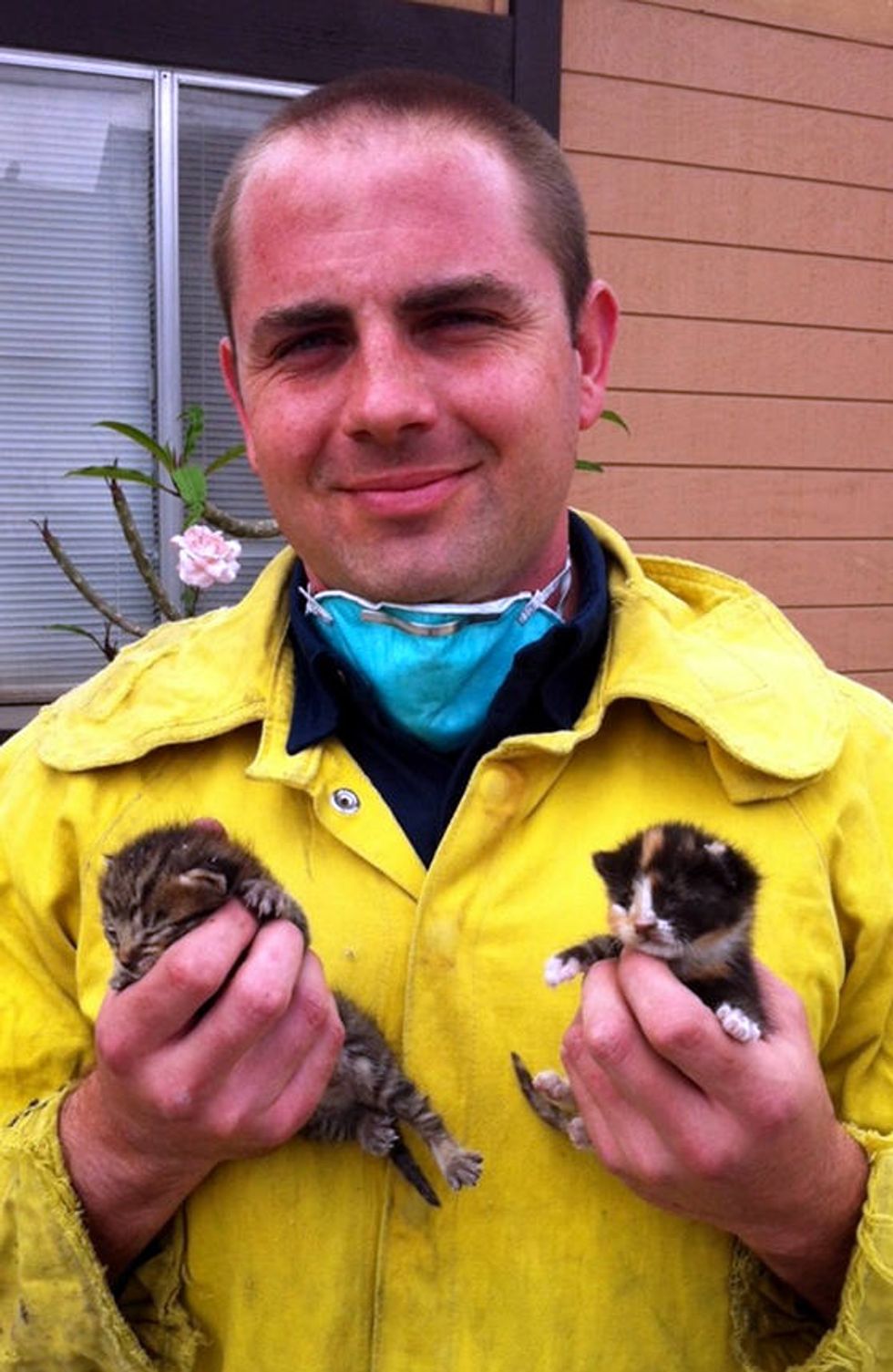