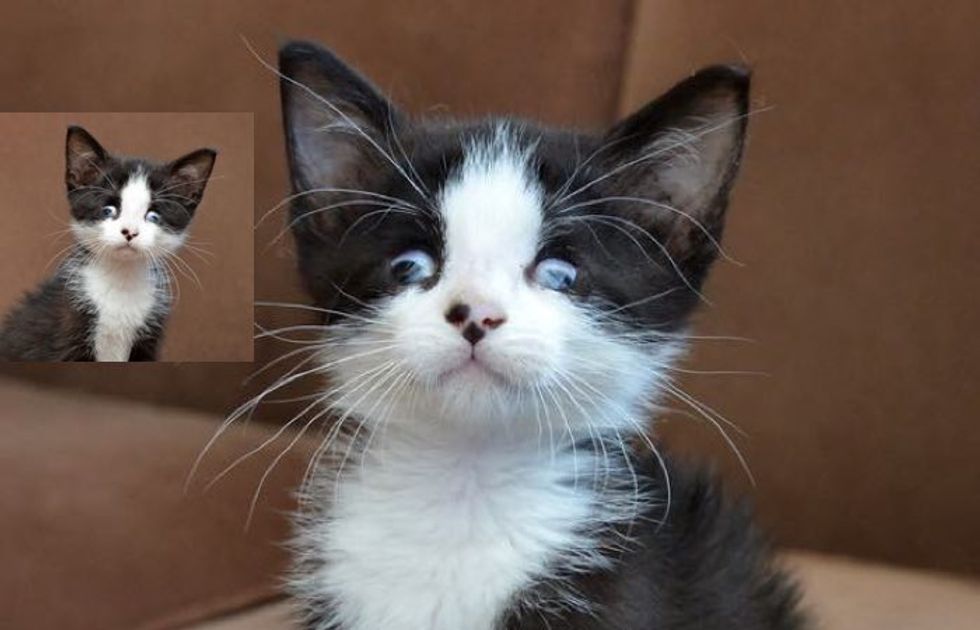 Foster Kitten Cooper May Not Have the Best Vision But He's Simply Purrfect!

Meet Cooper! He may not have the best vision, but he's simply purrfect! This endearing little tuxedo boy doesn't let anything stop him.

Cooper is an adorable rescue kitten with a huge purr.

"He has a condition called hydrocephalus which is fluid on his brain... Cooper seems to be improving with time. He has limited vision but that doesn't slow him down. He plays and purrs like a normal kitten," said Saving Grace Rescue in San Francisco, California.

He has cute little black spots on his nose, wears 4 white 'socks' and grows long fabulous whiskers! (photo: the Furrtographer)

If you're happy and you know it, raise your paws!

Cooper the Trooper is amazing. He doesn't let anything slow him down despite his limited vision. "He used to tumble down the stairs, so we usually bring him down. But today, this kid surprised us by going down the stairs without tumbling," Cooper's fosterer wrote via Kanga Roo's Facebook Page.

Cooper looks adorable in his foster home but he is wishing for a forever home!