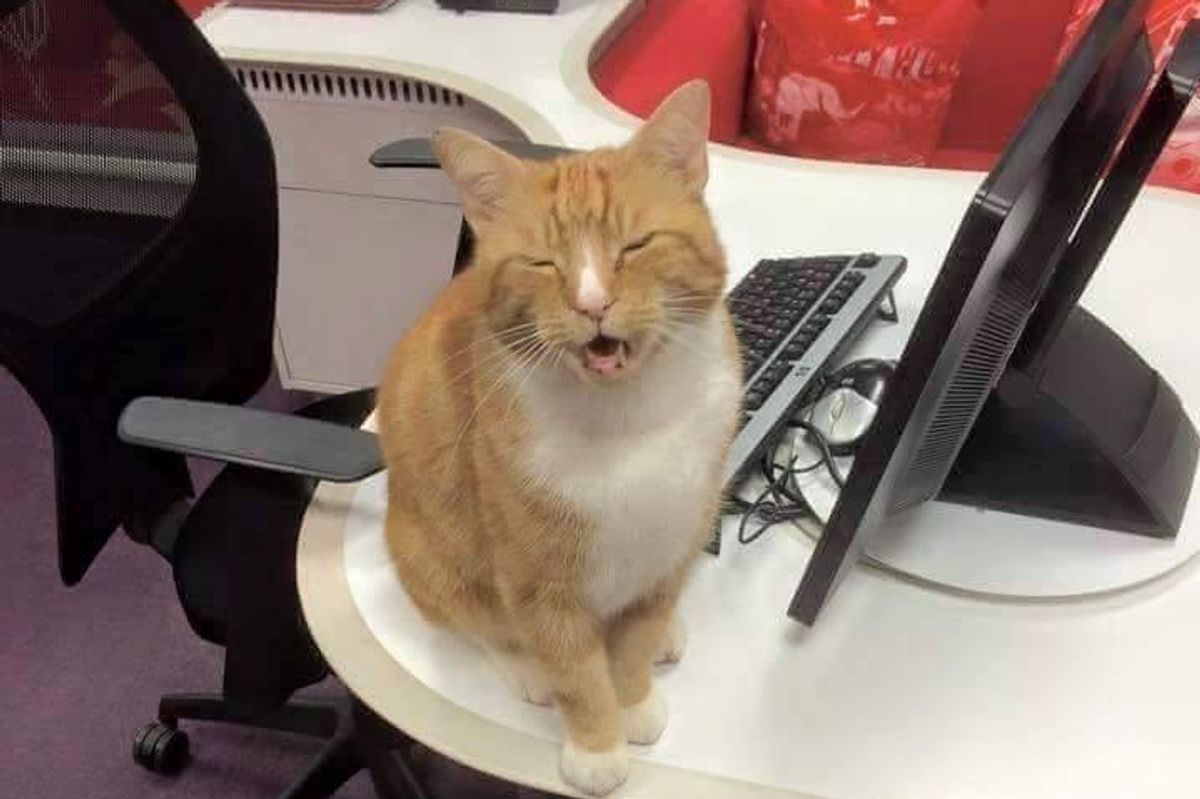 Garfield the most beloved cat at the Sainsbury's Supermarket in Ely in Cambridgeshire (England) has been denied entry from his favorite shop after an alleged "less than purrfect behavior". 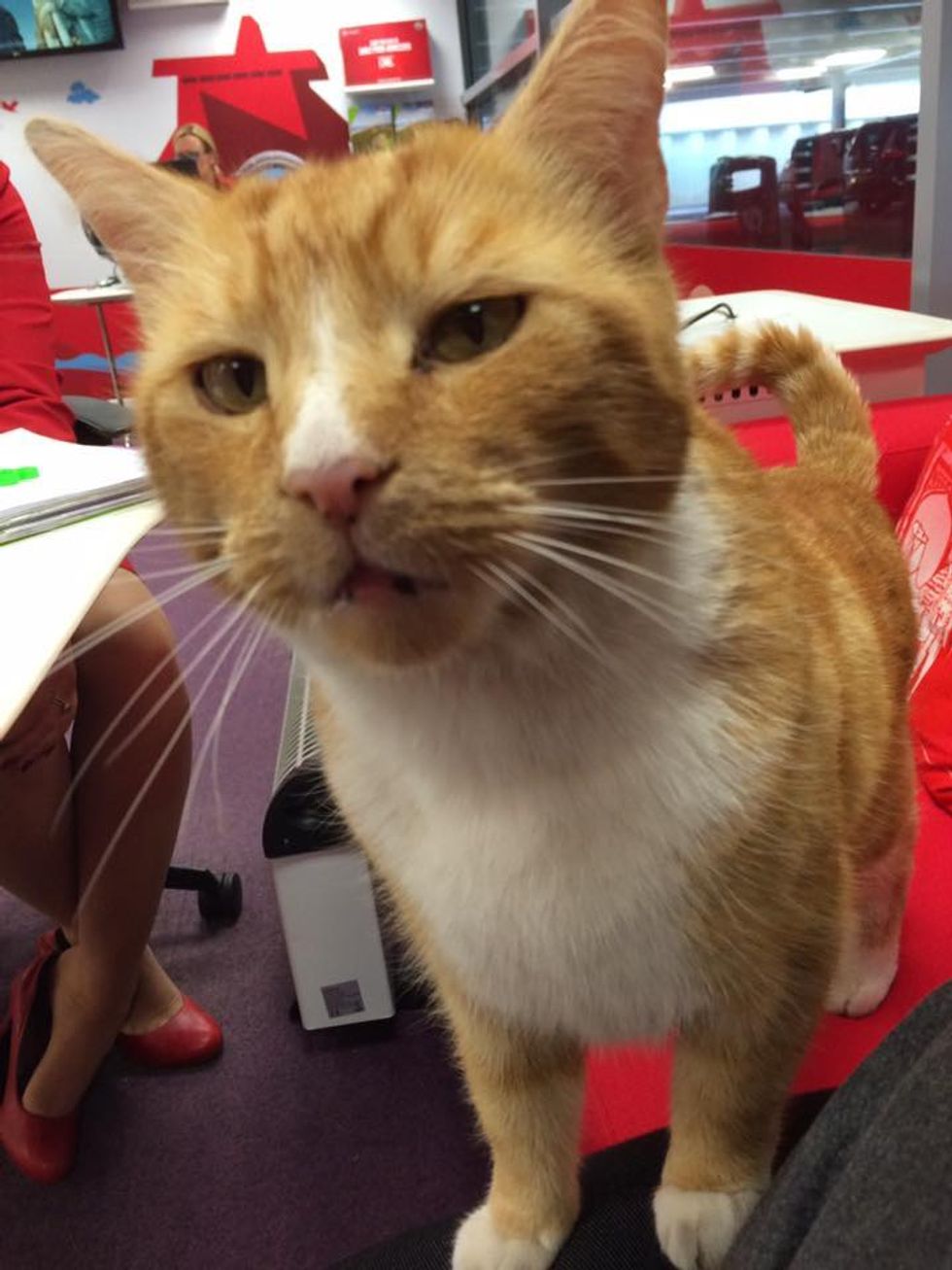 The 9-year-old ginger cat has been visiting the supermarket on a daily basis for years, and it's like his second home. The red couch in the Virgin Travel in-store concession has always been his favorite spot to lounge. He's been dubbed Mr. Sainsbury's by the people there.

Virgin head office received a complaint after a little girl was scratched, so made the decision to banish the kitty from their Ely shop. However, the Sainsbury's Supermarket say they still welcome the lovable ginger in the lobby and car park.

After the ban was issued, majority of people called for allowing the cat back into the shop. One commenter said via Facebook: "One complaint should not necessitate a ban. Maybe her parent()s should have kept a better watch and could have prevented it. All children should be carefully monitored around any animal." 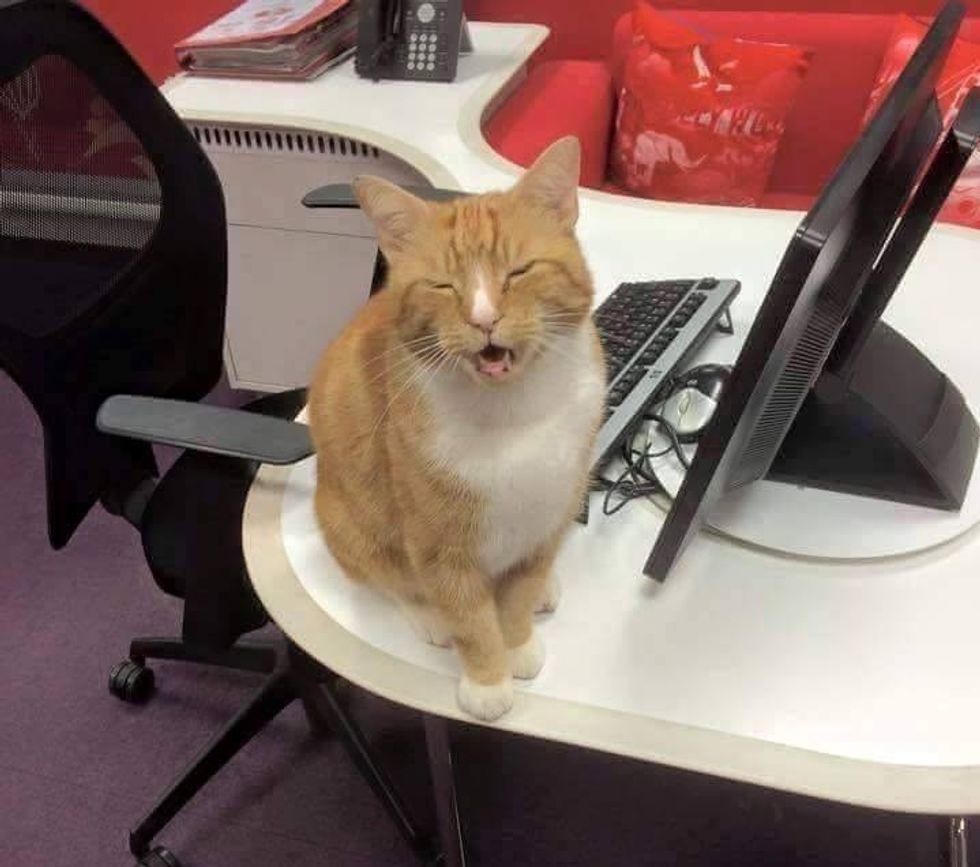 Some even suggested the shop move the couch in the lobby.

Garfield's human Tina Battaglia responded on his fan page. "I just want to say thank you for all your support for Garfield, the positive comments far outweigh the negative ones! Apologies to anyone he has scratched or nipped, but most of you do understand a cat's warning signals (and please don't tickle his tummy even if it looks like an invitation!)." 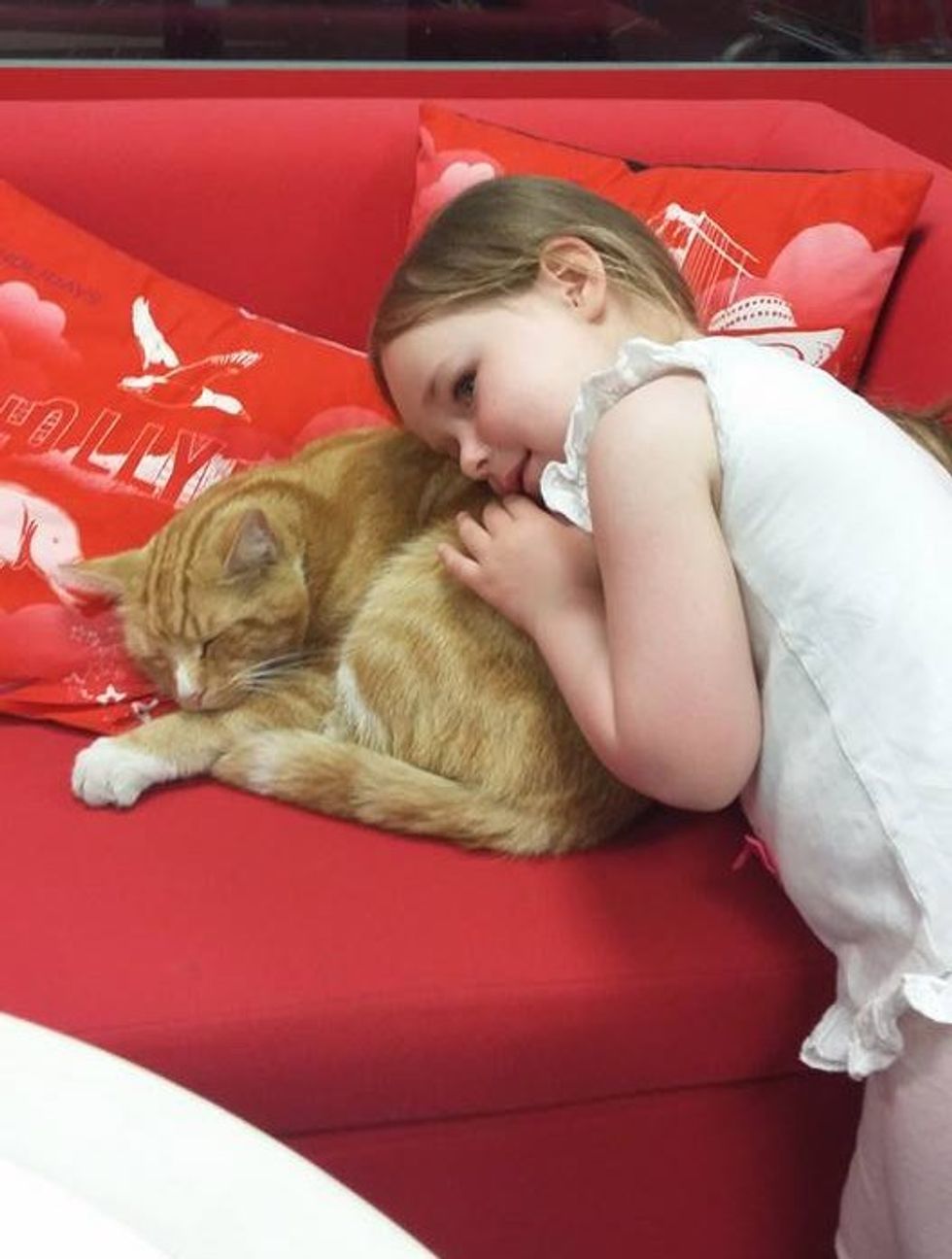 "'When Poppy met Garfield.' He opened one sleepy eye and miaowed a yawny hello, before dropping straight back to sleep." Photo: Helena Scott‎

"I'm glad he brings alot of happiness to people, young and old. It's a shame he has been ousted from his comfy sofa but we do understand that the Virgin staff have to abide by the rules. I'm sure they miss him too." 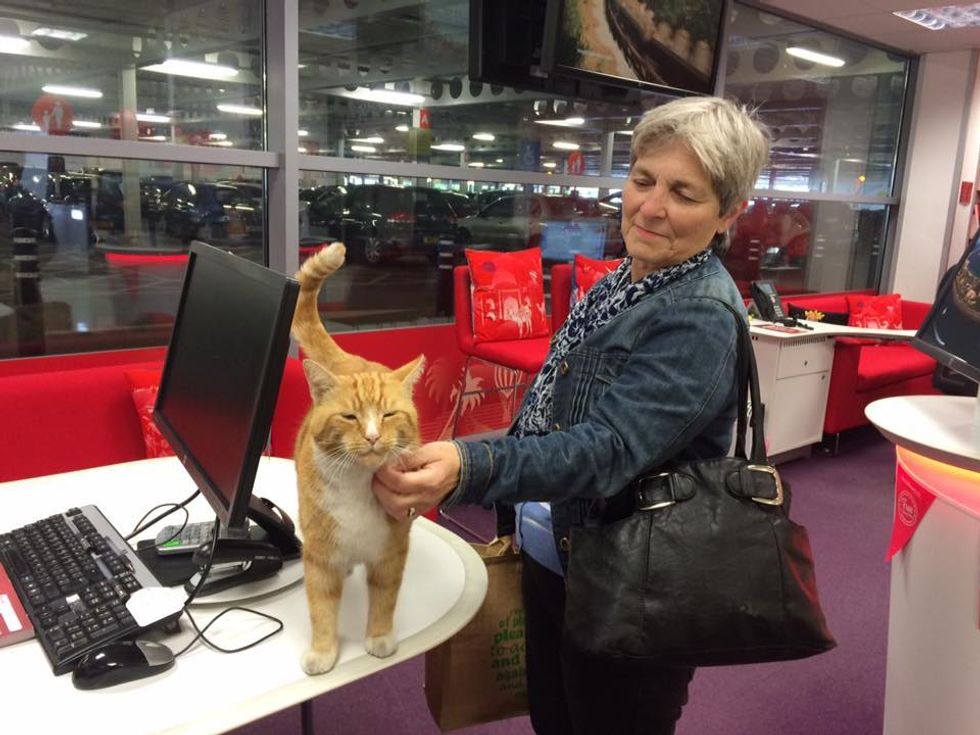 "You can still spot him around the car park though, or maybe inside the doors, so keep snapping and posting those pics! He seems to see Sainsbury's as his second home so he ain't going anwhere else soon! 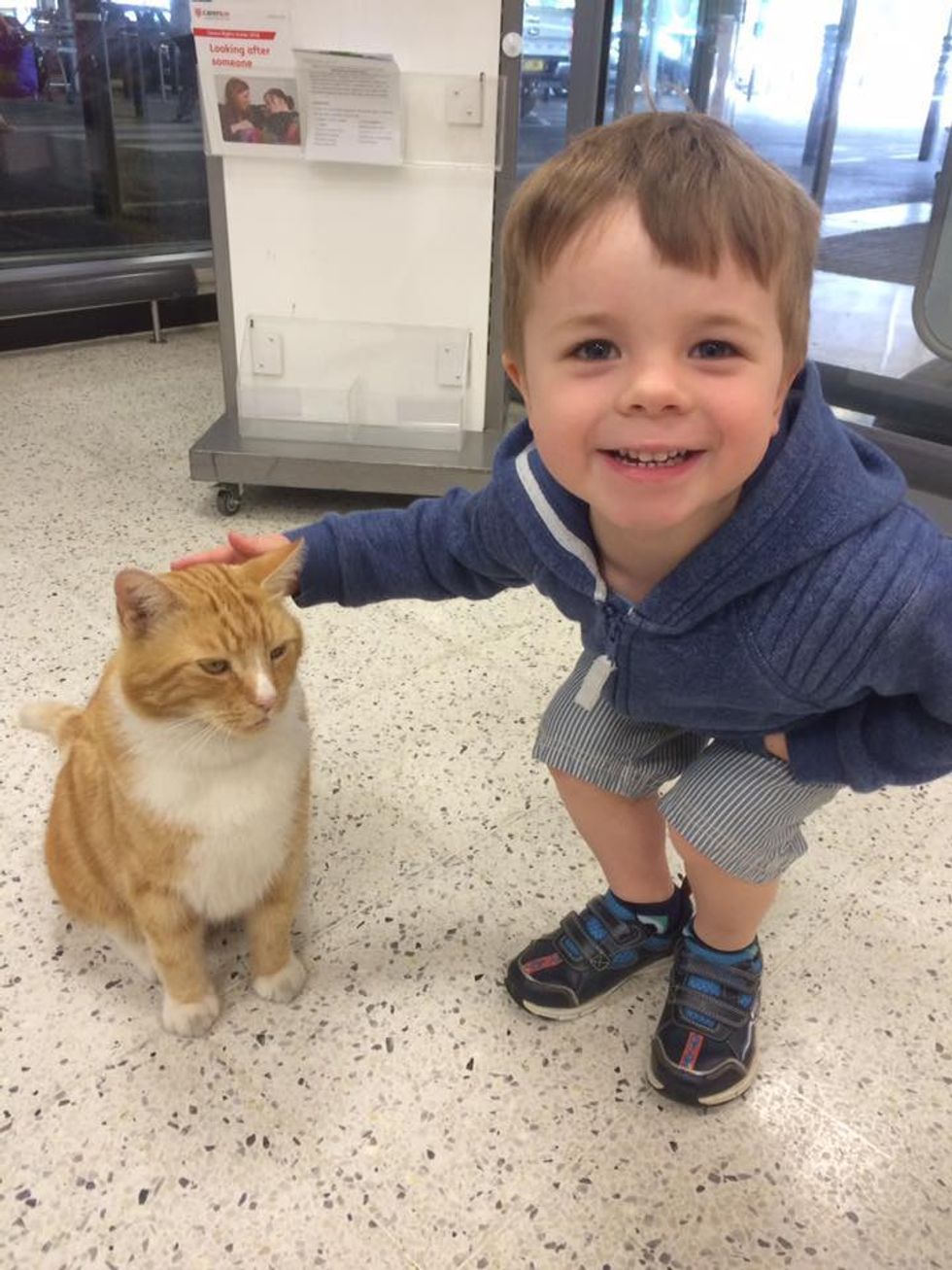 "My son was very pleased I dragged him along to Sainsbury's bright and early this morning, he got to meet Garfield!"Photo: Lorraine Webb‎

Many shoppers have contacted the supermarket, hoping they could make a special arrangement for the ginger feline for his love for a comfy couch.

Edward Powell of Sainsbury's said in a reply to a customer's email, "I've had a chat with my colleagues in store who agree he's a great member of the team in store and confirmed that they are looking into seeing if a sofa could be provided for him." 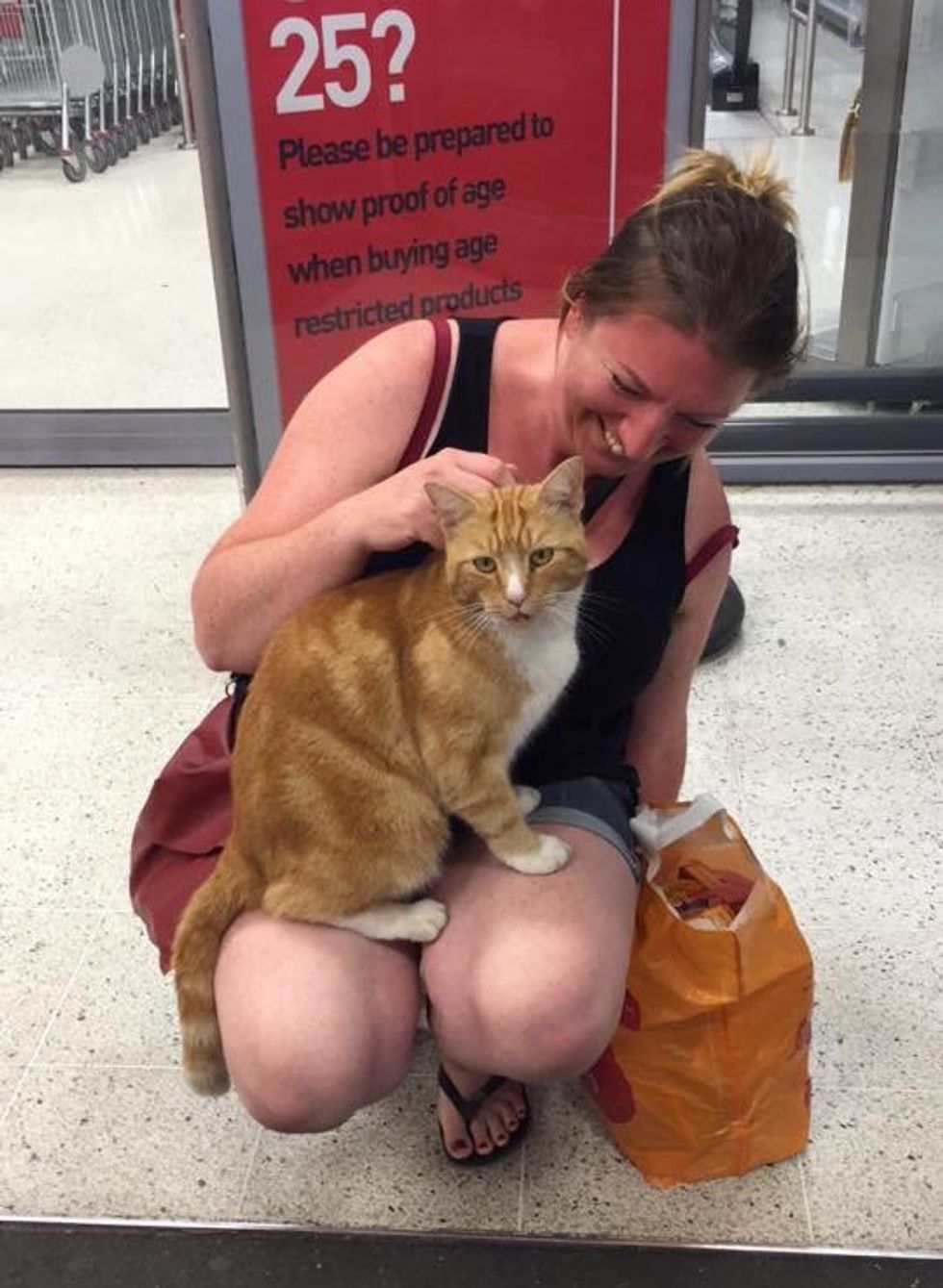 Garfield was found as a stray by his humans about six years ago. He's very social and absolutely loves people.

"Garfield hopped in the van yesterday morning to get out of the rain, clearly wanted to help with the new petrol station.. Such a friendly cat," said Aaron Cowan. 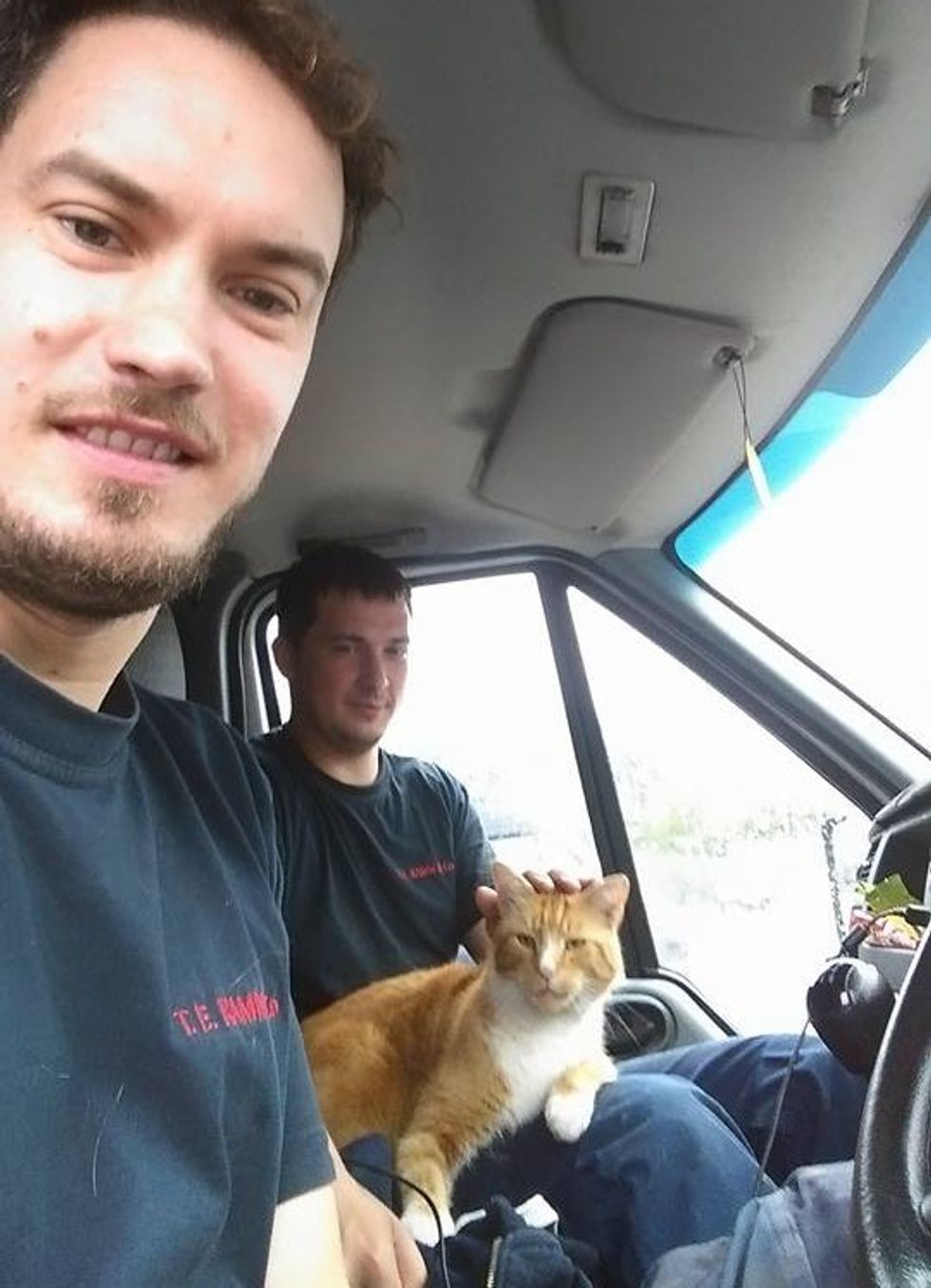 "My daughter and her friend was greeted by Garfield the other day when we popped in to Sainsbury's for a few bits," said Leah Payne‎. 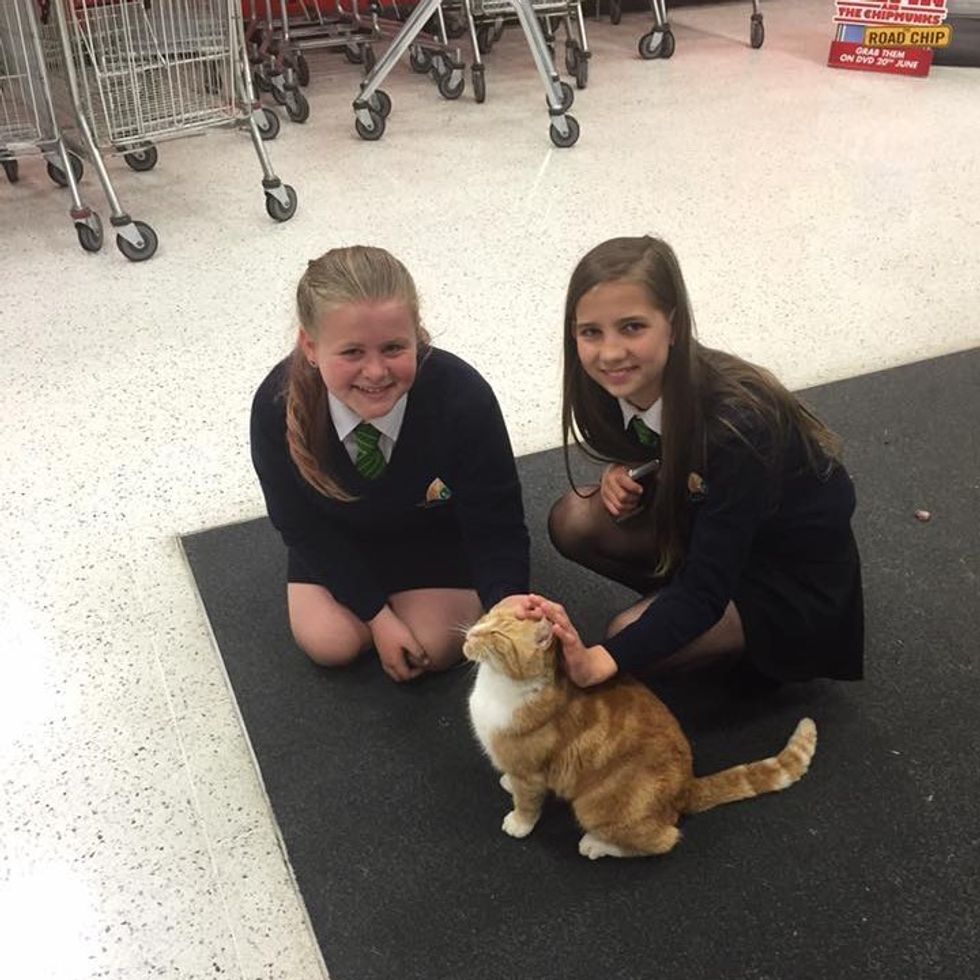 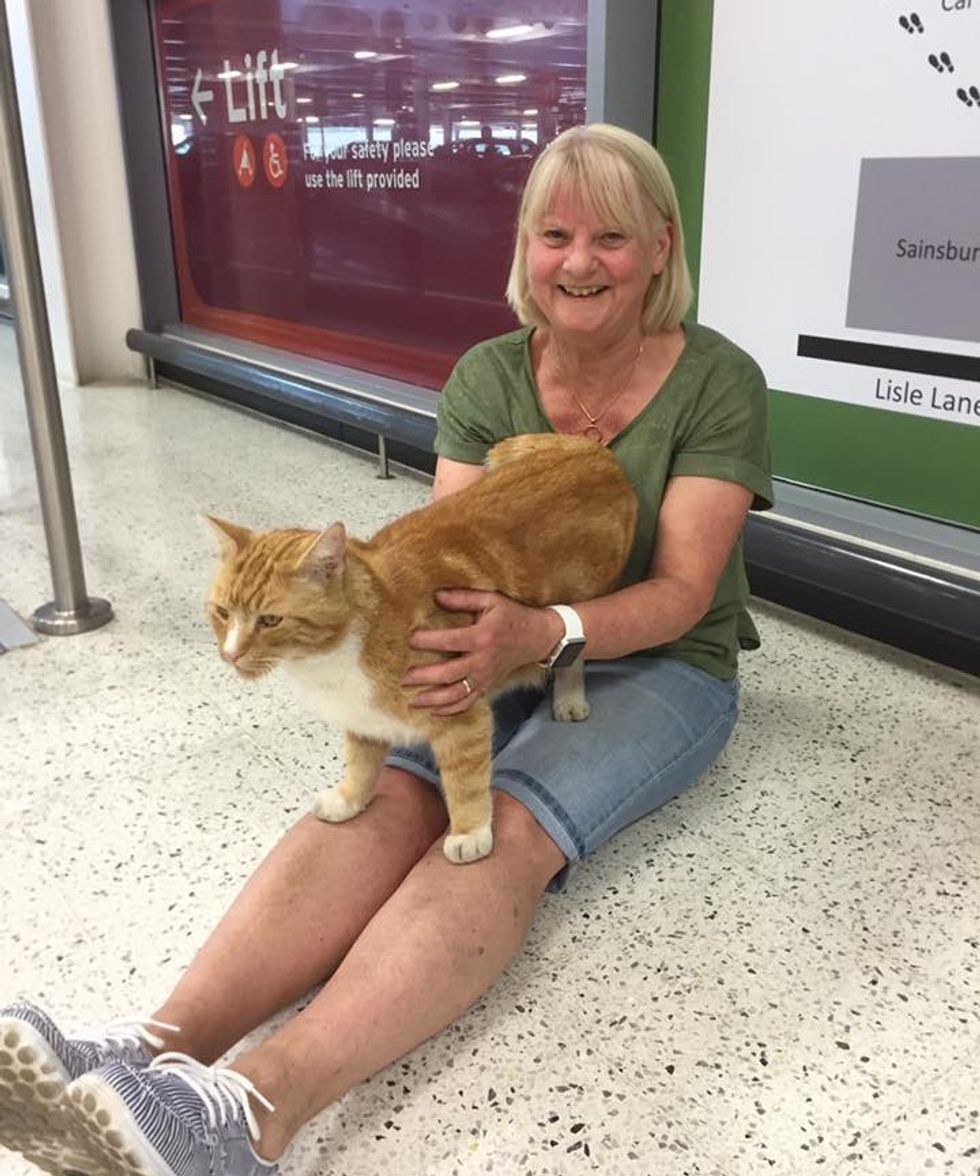 "My son is a big fan of Mr Sainsbury's, always looks for him, and was very happy this morning to get to stroke him nice and early!" said Sarah Follett. 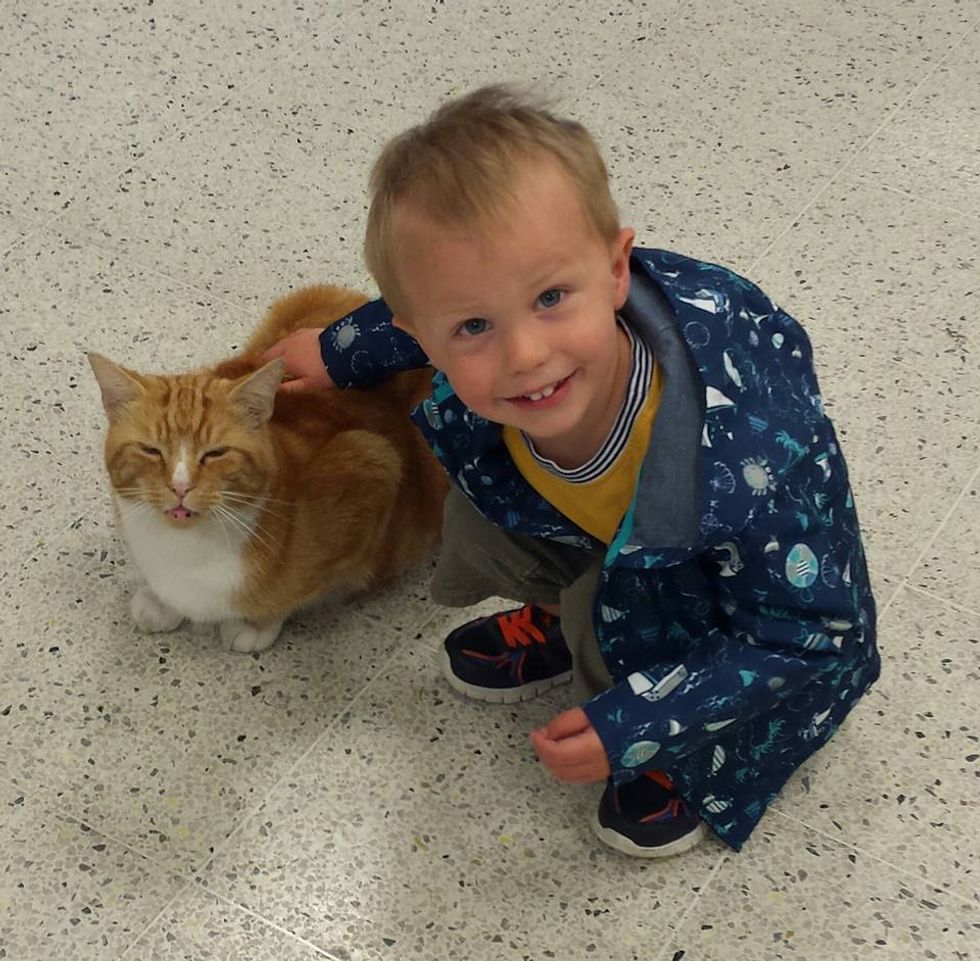