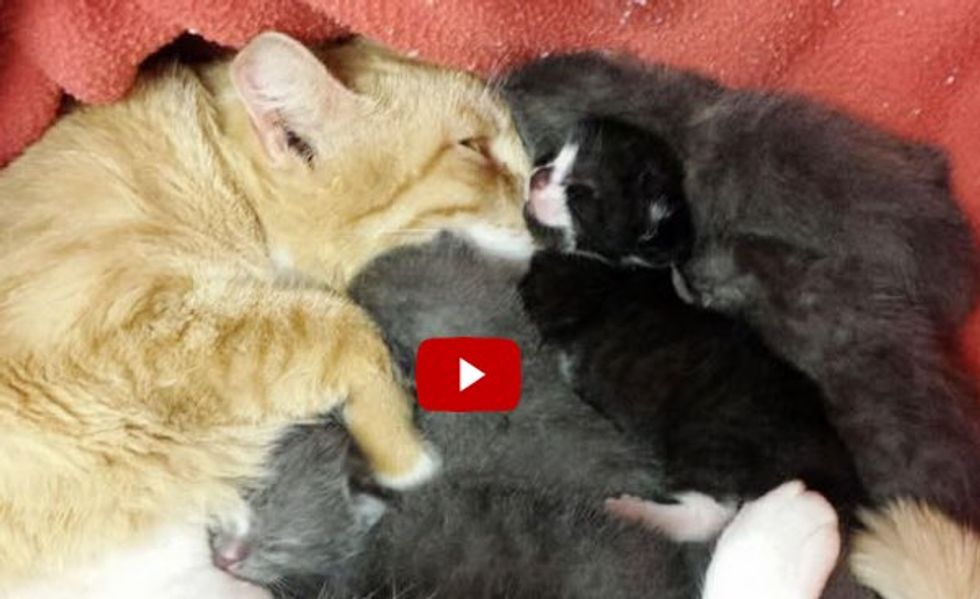 Six kittens were found abandoned in a trash bag outside of the Indian Land Walmart. "They are about 8 days old. Ironically we have a female cat that lost her kittens on Thursday, we have put these babies with her and she fell in love," Indian Land Animal Hospital wrote at Facebook.

"This is so heartwarming for us to watch her cuddle up with these orphans. All of them will need homes in about 7 weeks. They are so precious."

Six 8-day-old kittens were abandoned outside a Walmart store. A good Samaritan took the babies to the Indian Land Animal Hospital. Here they are! Eyes are not opened yet!

At the same time, they had a ginger momma cat, Sandrine, who just lost her babies, so they placed the litter with the mama, hoping she would nurse them. She took to them right away!

"The 6 kittens are doing very well. They have names: Lil Jack (the runt), Louie Armstrong, John Lennon, Janis Joplin, Frank Sinatra, and Cricket. One of the tecnicians said it was their strong voices that saved them."

"They are nursing but still getting fed by the technicians to supplement them. Sandy loves them so much; as we all do."