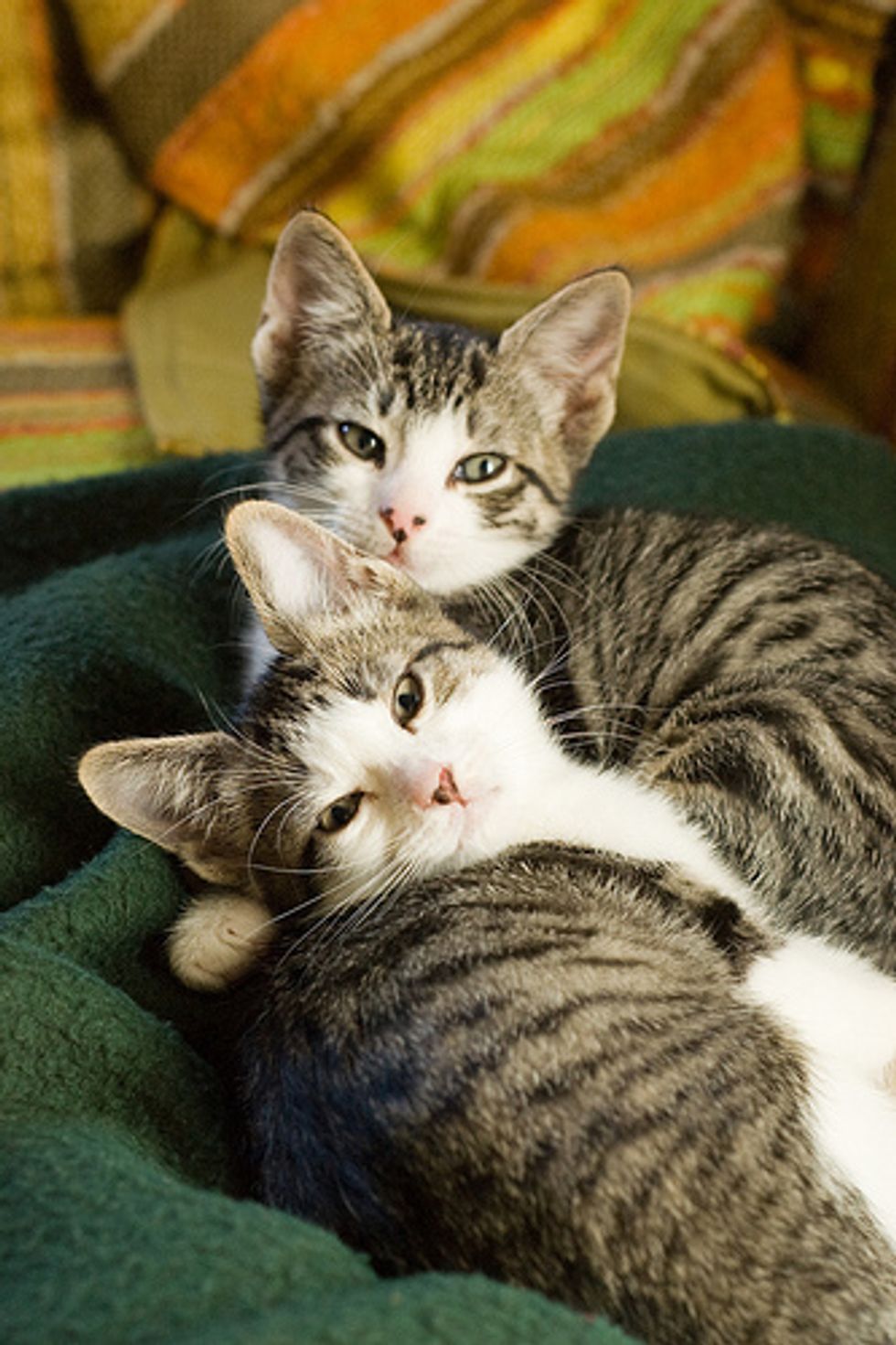 A pregnant stray cat mama was found in the ceiling back in 2008. Laura Taylor's duplex neighbor adopted her right away. Two months later, she gave birth to four beautiful tiny baby kitties. Laura and her family decided to take two of them. The kittens were only three days old, when they met them for the first time and they immediately fell in love.

The kittens stayed with the cat mother until they were weaned. It was a long wait for Laura, but she got to hang out with them every Saturday before they came home with her for good.

Laura named the little boy Jack and his sister Lily. They look similar but you can tell them apart by the markings on their nose.

Jack and Lily grew up very fast and are extremely mischievous. They always try to get into something that they shouldn't. Jack and Lily are inseparable. They love napping and cuddling with each other. They also love to make mischief and wreak havoc in the house together whether it is to pull down all the toilet paper in the bathroom or break whatever they can find in the kitchen. "My boss was telling me how she can just leave her knitting on the couch around her cat, Mine would be in a thousand little pieces if I did that." But when they are asleep, it becomes the most peaceful and soothing moment.

One of Jack's favorite pastimes is pulling and nibbling on Laura's hair. He is a clingy little rascal who absolutely adores his mom's attention. "He would like nothing more than to be held... all the time. I can hold him for pretty much as long as my arms can take it. He's a big baby," said Laura. On the other hand, Lily is not as needy but she is very spoiled and loved by her family.