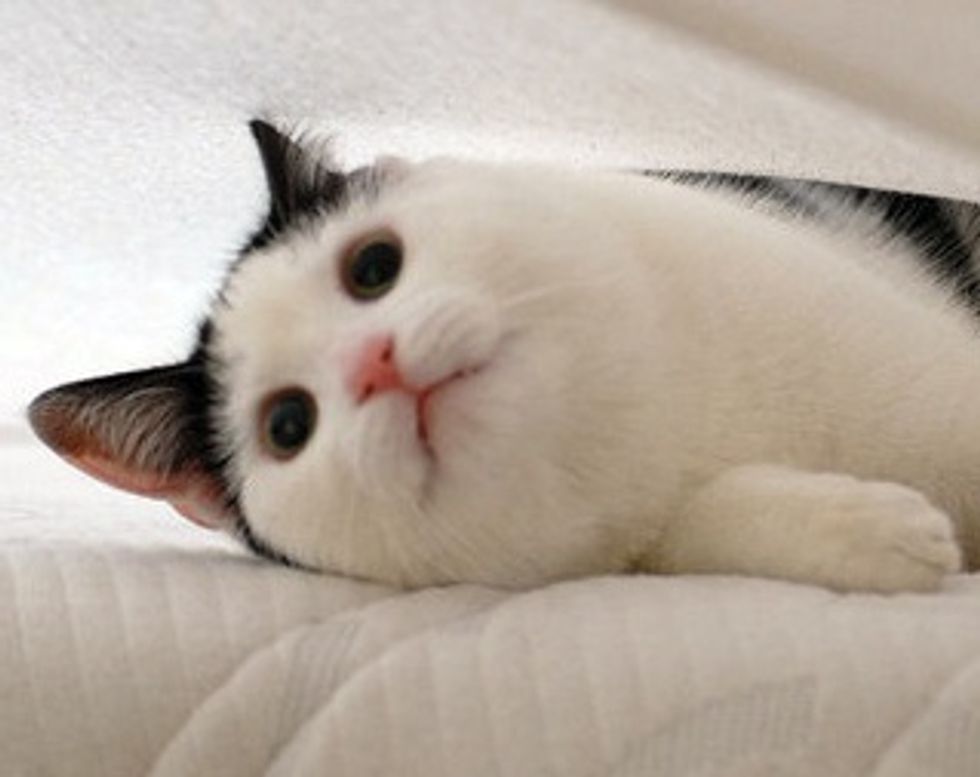 Jack the Cat: Quite the Character

Jack lives with his twinbrother Spot and stepsister Sparky. He was born approximately end of may 2007. When my boyfriend and I decided to get a house together we wanted to have two cats and have our house cat-proof. After moving, first priority was to look for kitties. First there was Sparky. But we wanted 2 cats so they could play together. Two weeks later we found Spot. When we went to see him we also met Jack. For some reason we couldn't decide wich one to choose so we took both two kittens, Spot and Jack.

His name was initially Dot, but we renamed him Jack because it somehow fits him perfectly. Jack has a will of his own. For example he doesn't like to be picked up. He will screw his way out like a screwdriver (as the vet once said). And since Jack is very very strong you won't be able to hold him.

If Jack wants to sleep in your bed, he will go right ahead, preferebly in your arms under the sheets. He also likes to massage my head with his sharp claws. One time I was not paying attention and he accidentally massaged into my eye, so now I am wearing glasses instead of contacts, but I love Jack regardless.

Jack does not play with Sparky very much, but he gets very excited when we go out for a walk together. At home, he has his own throne to sleep in when he wants a change from our bed and he surely loves it.

Jack is the cat that loves snow and ice. He likes to catch snowballs, dandelions, mice and frogs, climb trees, you name it. Jack is truly a special cat who keeps us entertained and brings us joy every single day. We love him very much.