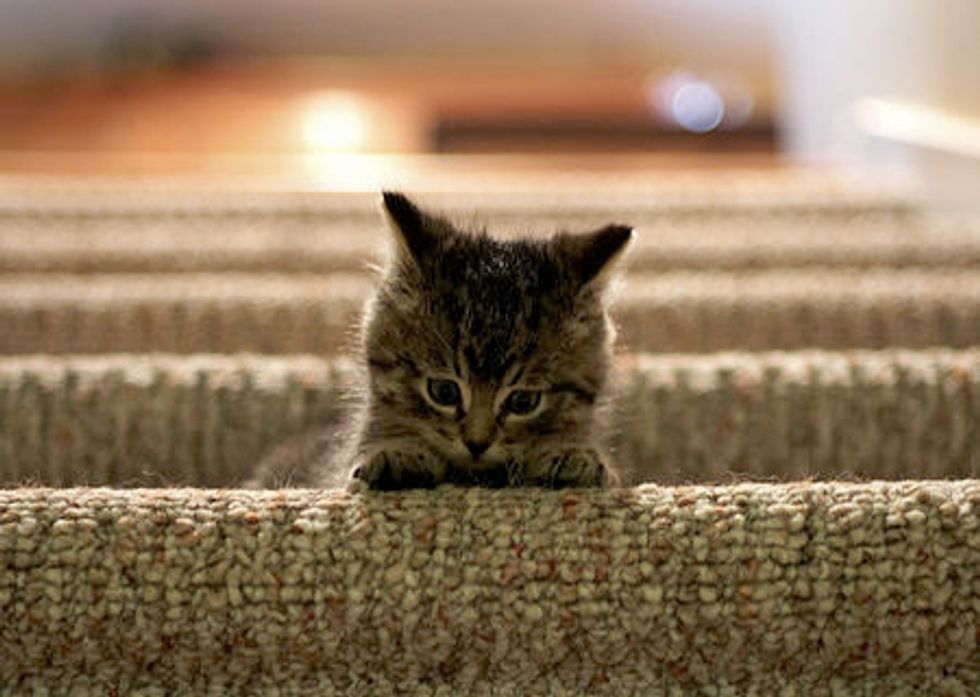 Jackson the Rescue and His Second Chance 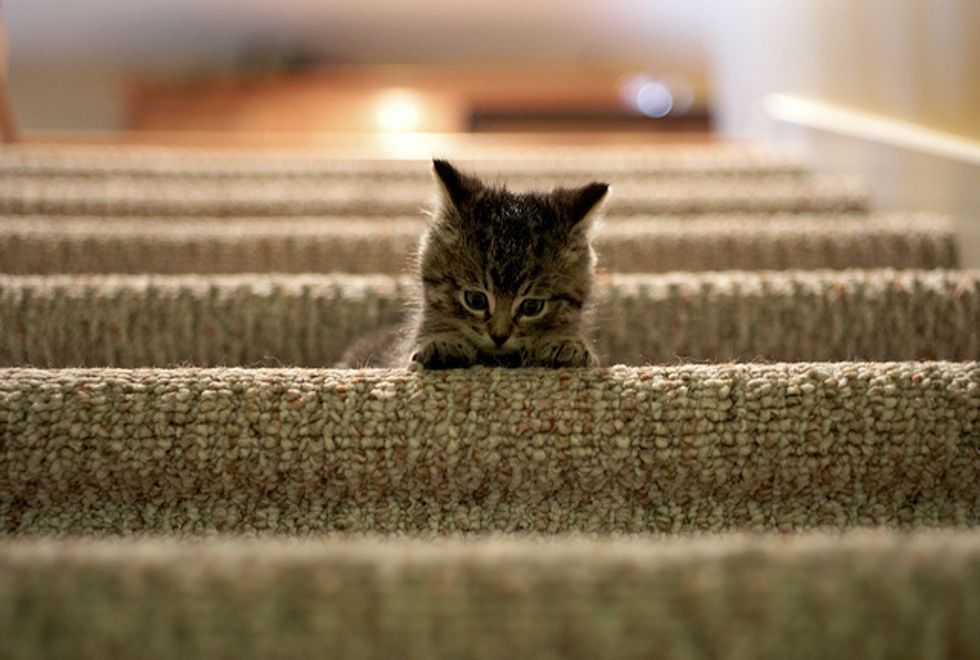 On the 3rd of this month, my friend Lisa was taking the garbage out back to the cans in the alley by her garage and she thought she heard a kitten crying out, just as loud as it could. She followed the sound into her garage (a separate, Victorian-era building) and found a single kitten sitting next to his deceased mother.

Lisa got a bucket and after a short chase, corralled the kitten into the bucket and brought him in from garage to her house. Lisa told me that she didn't think she'd be able to keep him but she immediately thought of me, as I'd lost my long-time best friend, Bob to kidney disease, just two weeks ago.

So, fast-forward to Saturday, and Jackson is sleeping in my shower, curled up on top of some towels and nestled into a pair of my pajama bottoms.

In the week he's lived with me, he's been to the vet, been pronounced "a healthy little tank of a kitten," grown a little bit every single day and charmed everyone who's met him. He's a pretty smart little guy, who already recognizes his name. He's also a friendly, energetic and persistent little cat, who doesn't seem to be afraid of anything and who has a purr like a V-8.

Jackson is quite the kitten and I'm proud and pleased that I can be his human. 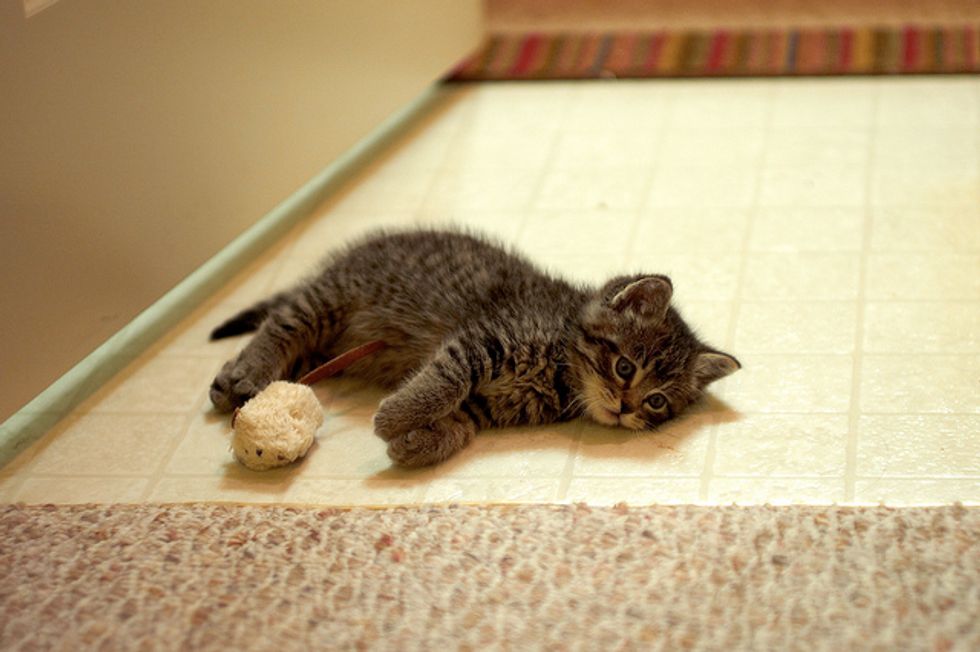 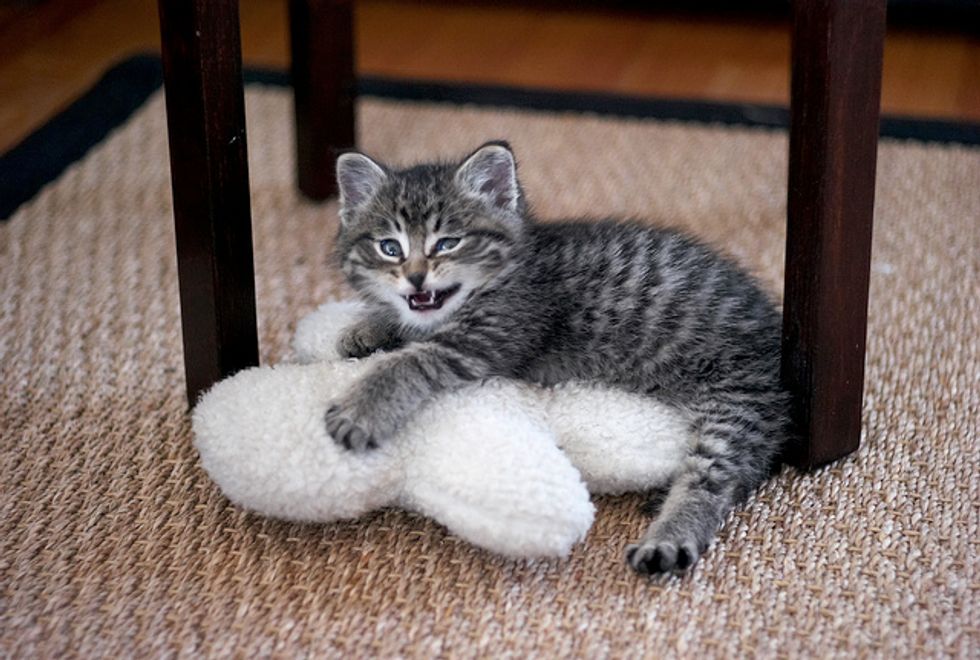 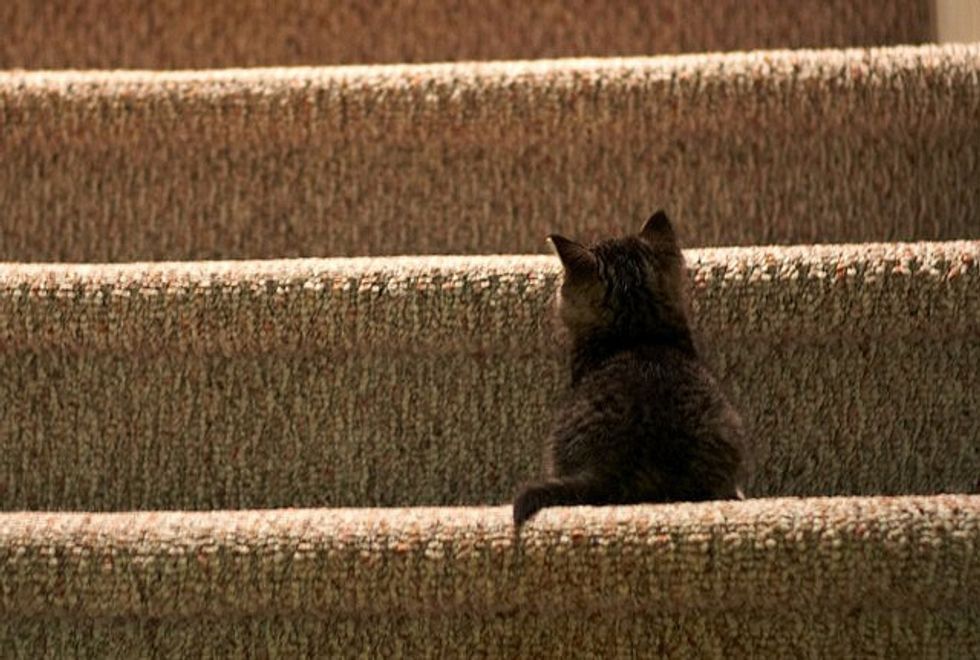 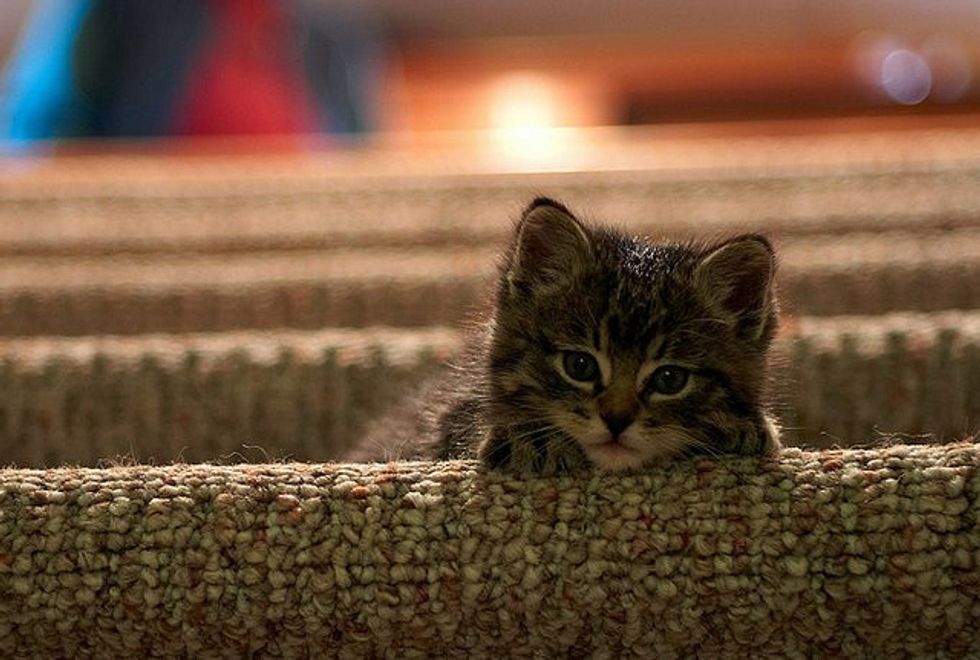 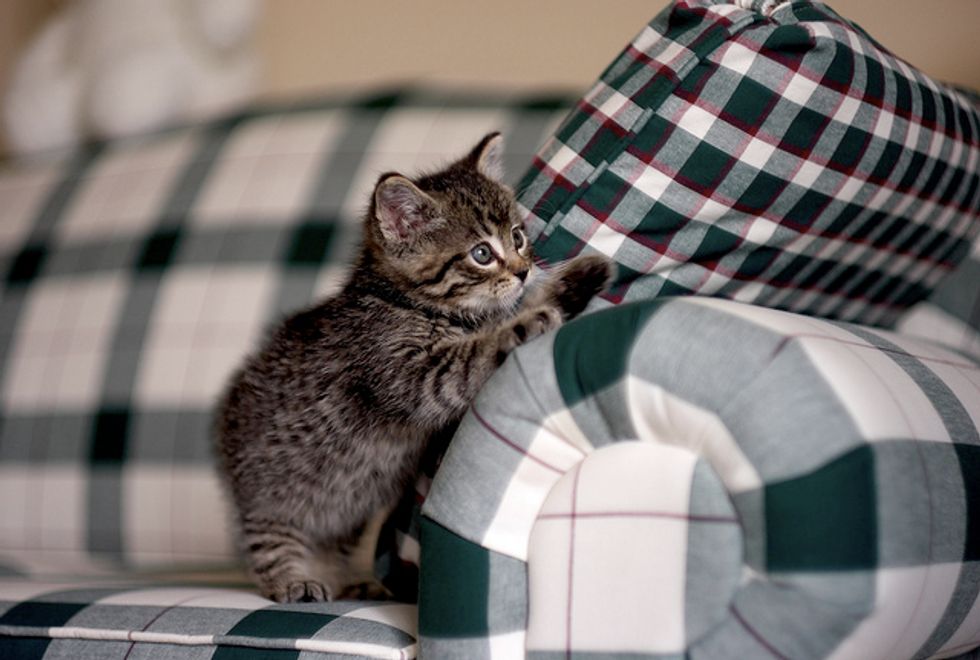 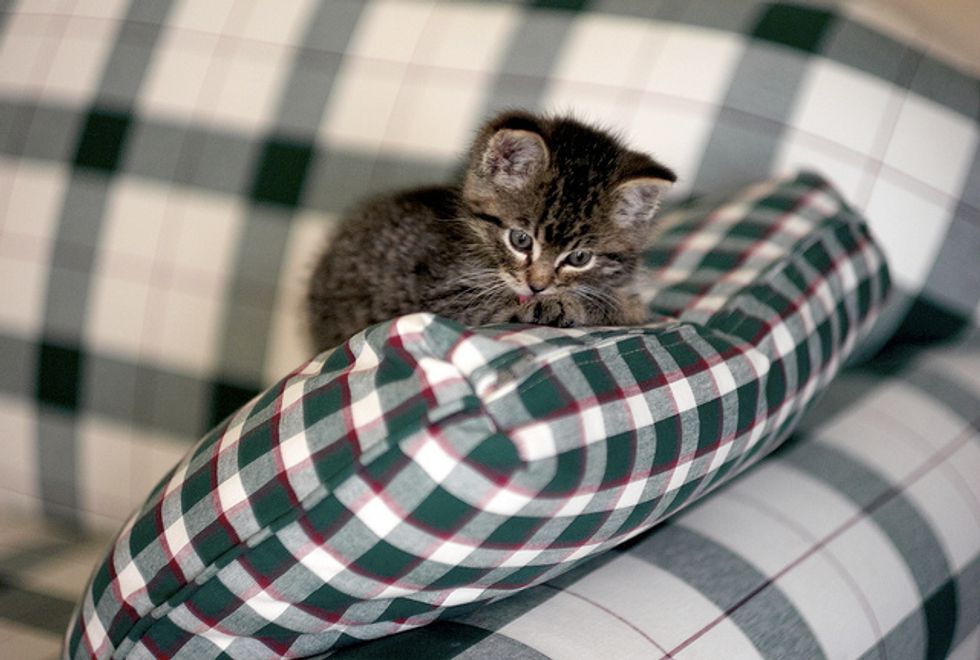 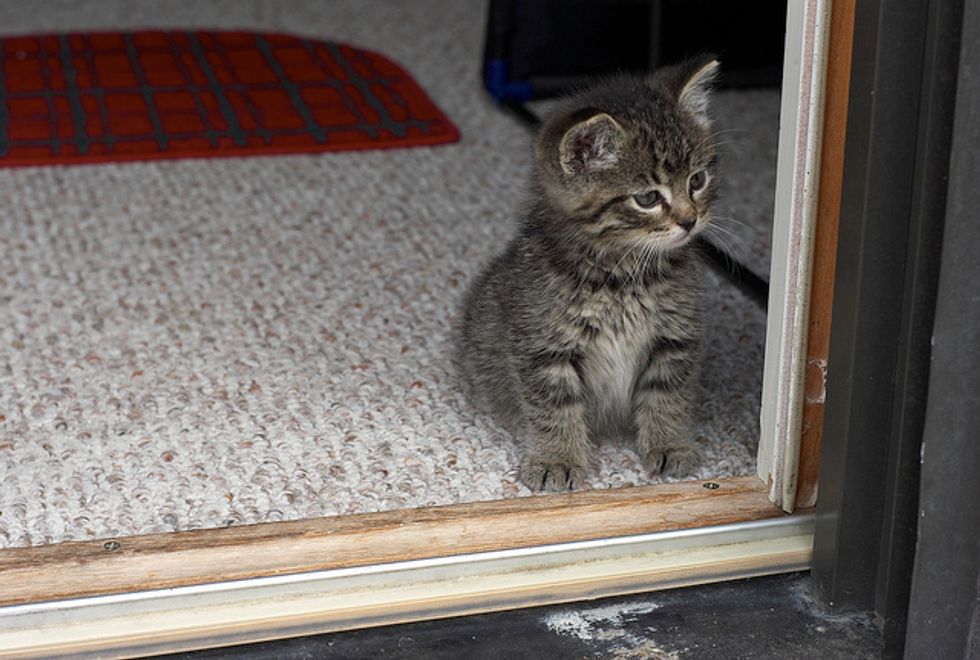 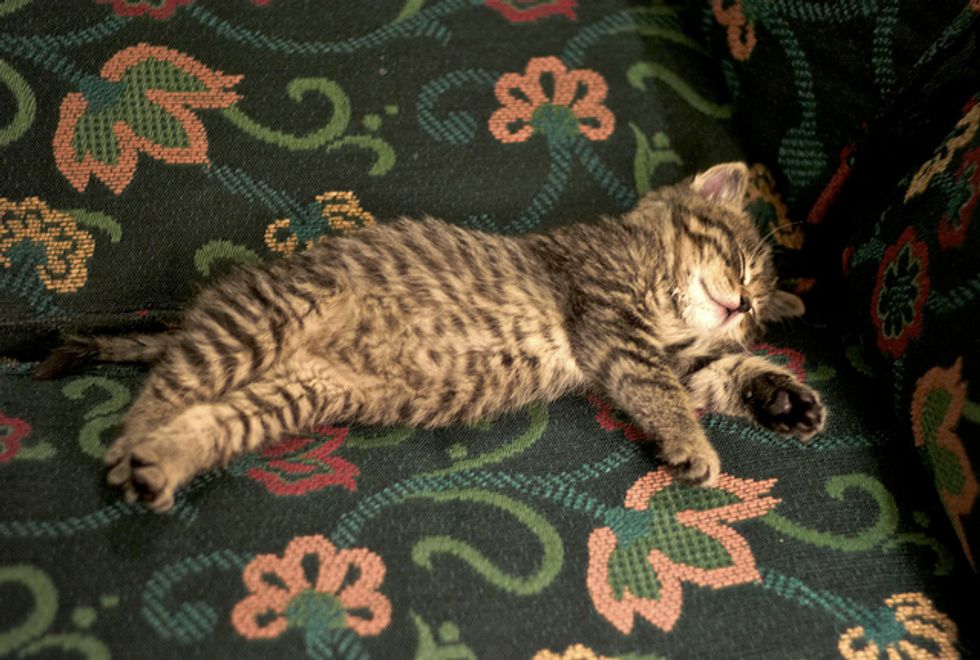 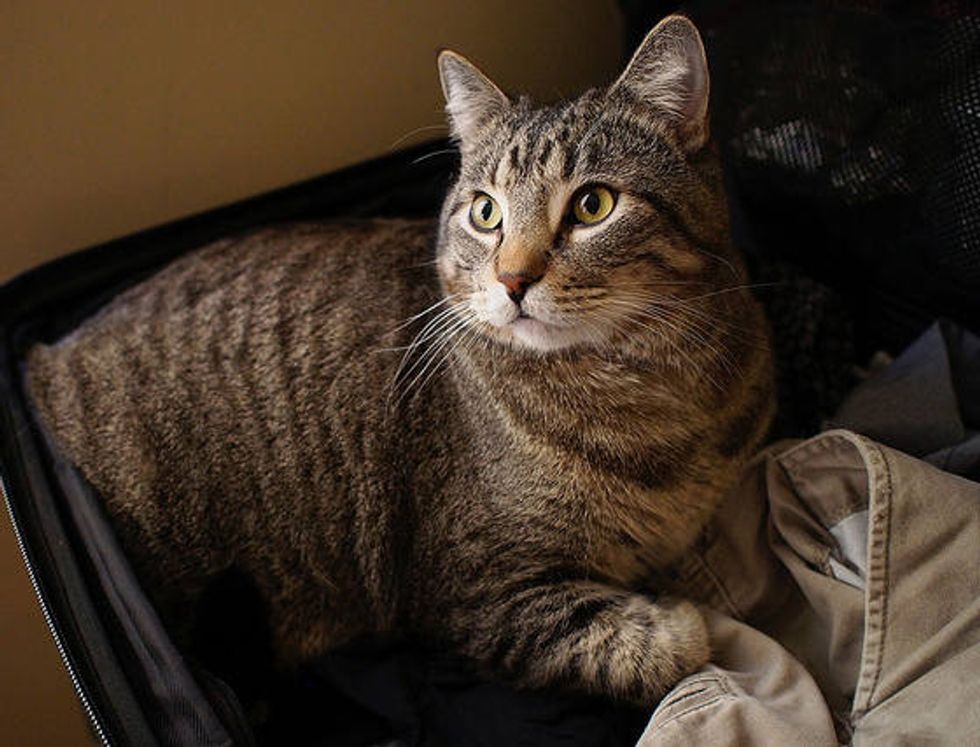