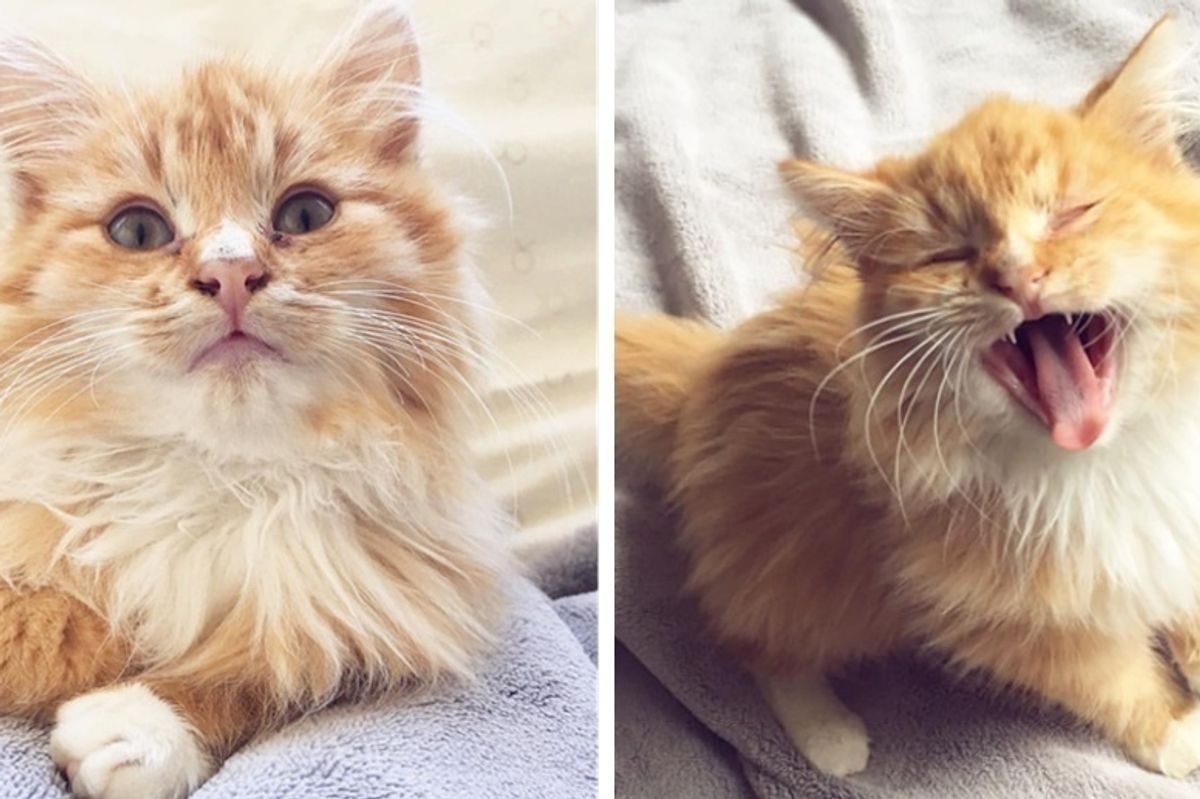 Man Saves Kitten Said to Be "Too Feral" to Adopt - Within an Hour, the Kitten Starts to Change

A man saved a kitten from the shelter just hours before he was to be euthanized.

The timid little kitten was described as "too feral" but within an hour after the rescue, things began to change. 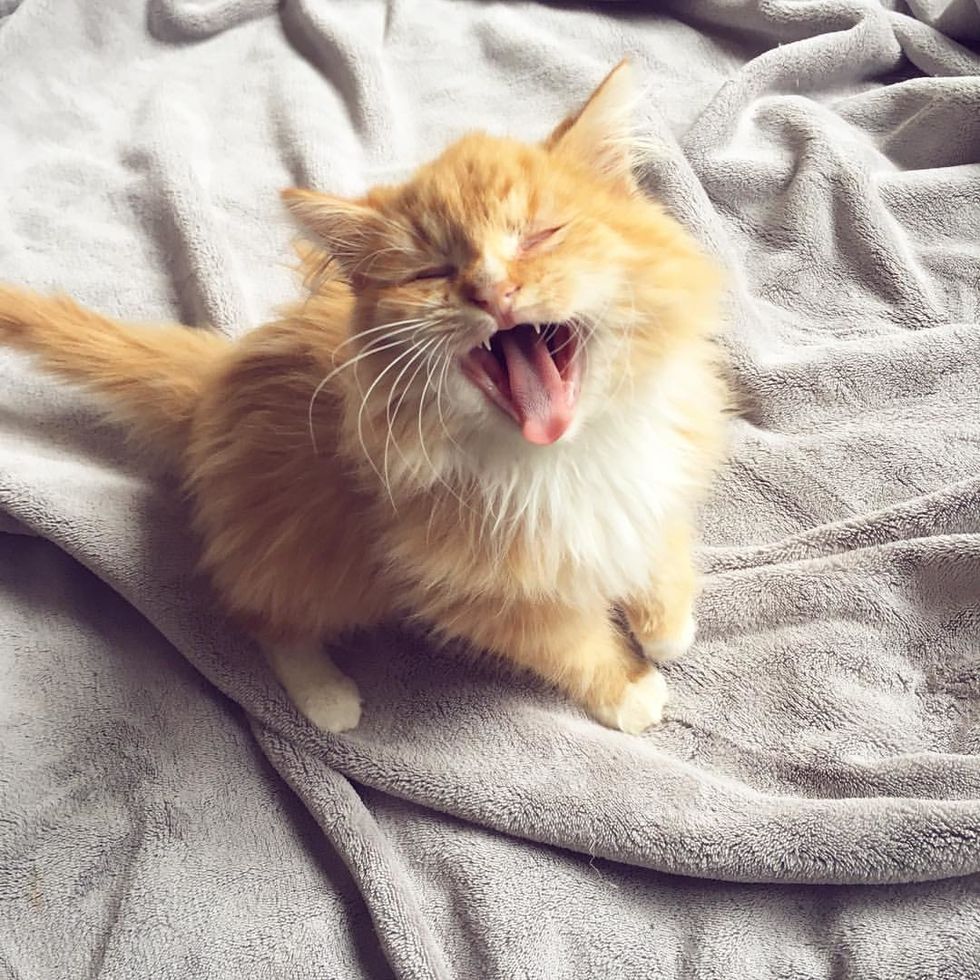 Five months ago, a 9-week-old kitten, Rudy, ended up in a shelter. He was very fearful, cowering in the corner of his cage. The kitten was said to be "unadoptable" for being "too feral," and needed to be rescued before it was too late.

A volunteer, Sam Peterson, from Friends for Life Rescue Network, a rescue group in Southern California, rushed to pull the kitten from the list and saved him in the nick of time.

The kitten was terrified, trying desperately to hide. He was covered in fleas and dirt, and they could feel every rib on his back. Rudy never hissed at Sam despite how scared he was.

Within an hour after he was taken out of the shelter, the kitty slowly warmed up to his rescuer. Once he allowed Sam to pet him, the kitty began to purr.

"He couldn't stop purring to the point where he got out of breath," Jacqueline DeAmor, co-founder of Friends for Life Rescue Network, told Love Meow. 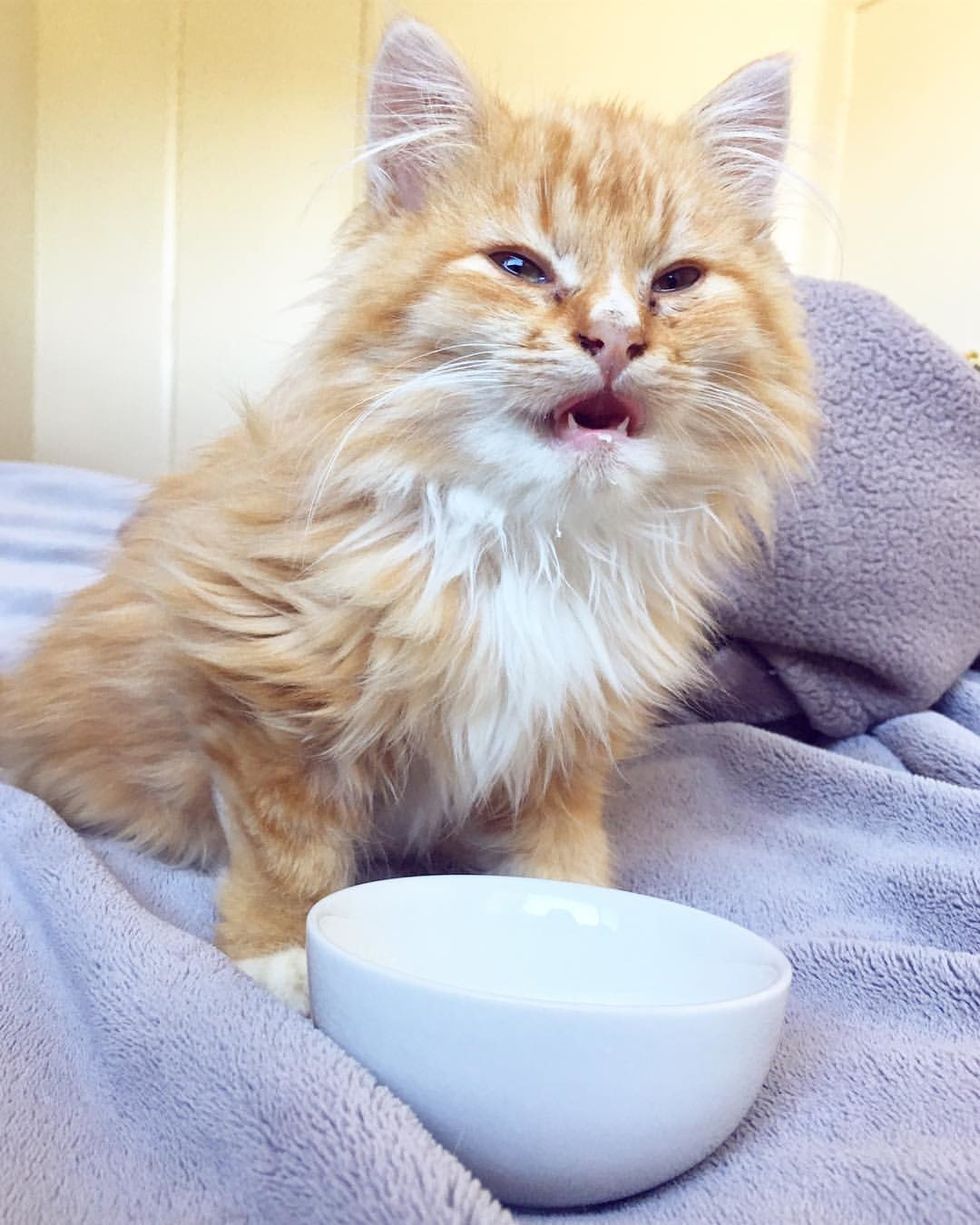 For the first time in a while, Rudy felt comfortable, had a full belly and couldn't stop purring. (Scroll down for video) 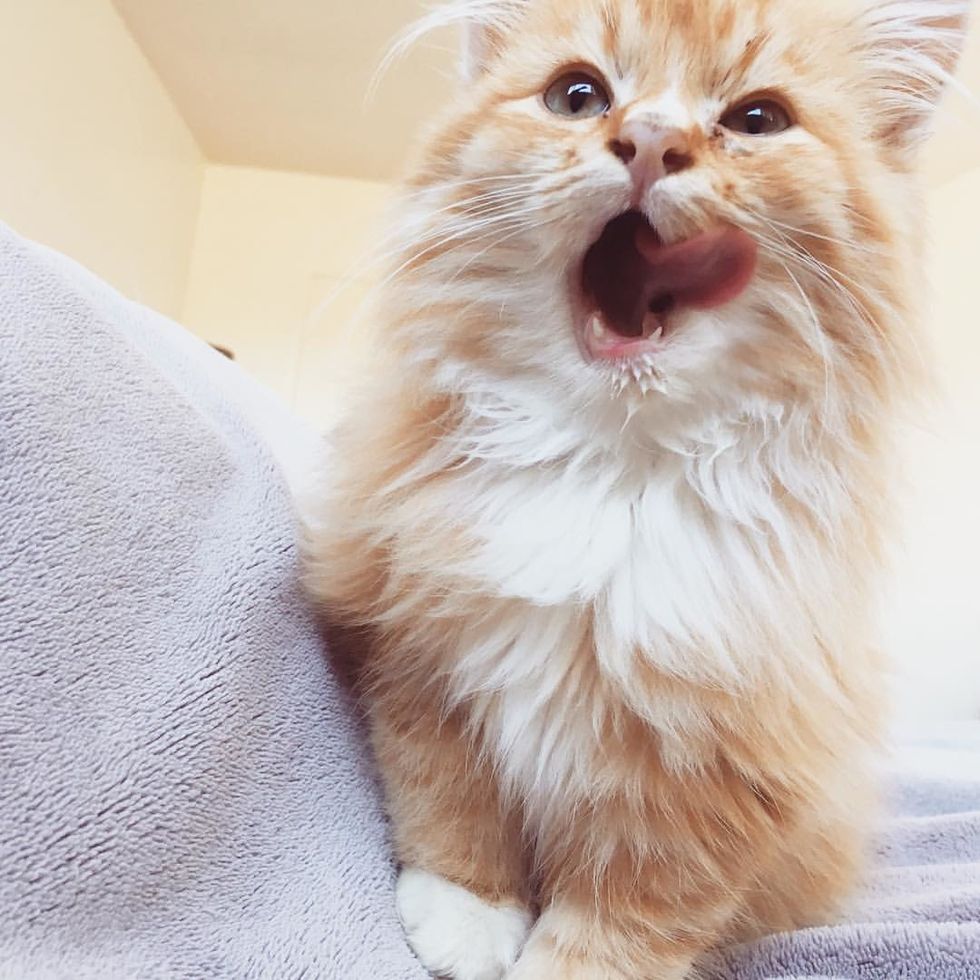 "I don't know how it's physically possible for such a tiny kitten body to produce so much constant intense purrs," Kaitlyn told Love Meow.

The sweet kitten, who was scared of everyone at the shelter, follows his humans everywhere around the house. 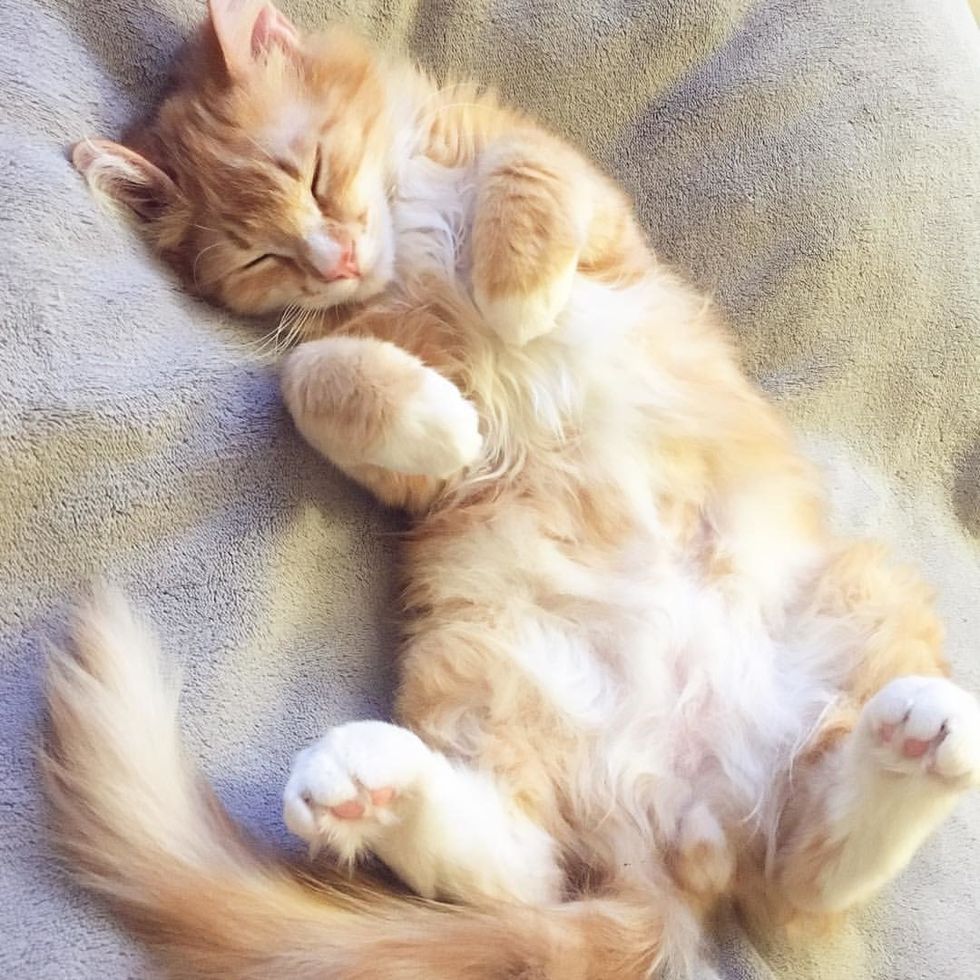 He wakes them up in the morning by curling up under their chin and purring up a storm.

"Every morning, he comes rushing over, purring madly with this look on his face, whenever we make even the slightest movement like we might finally be getting up." 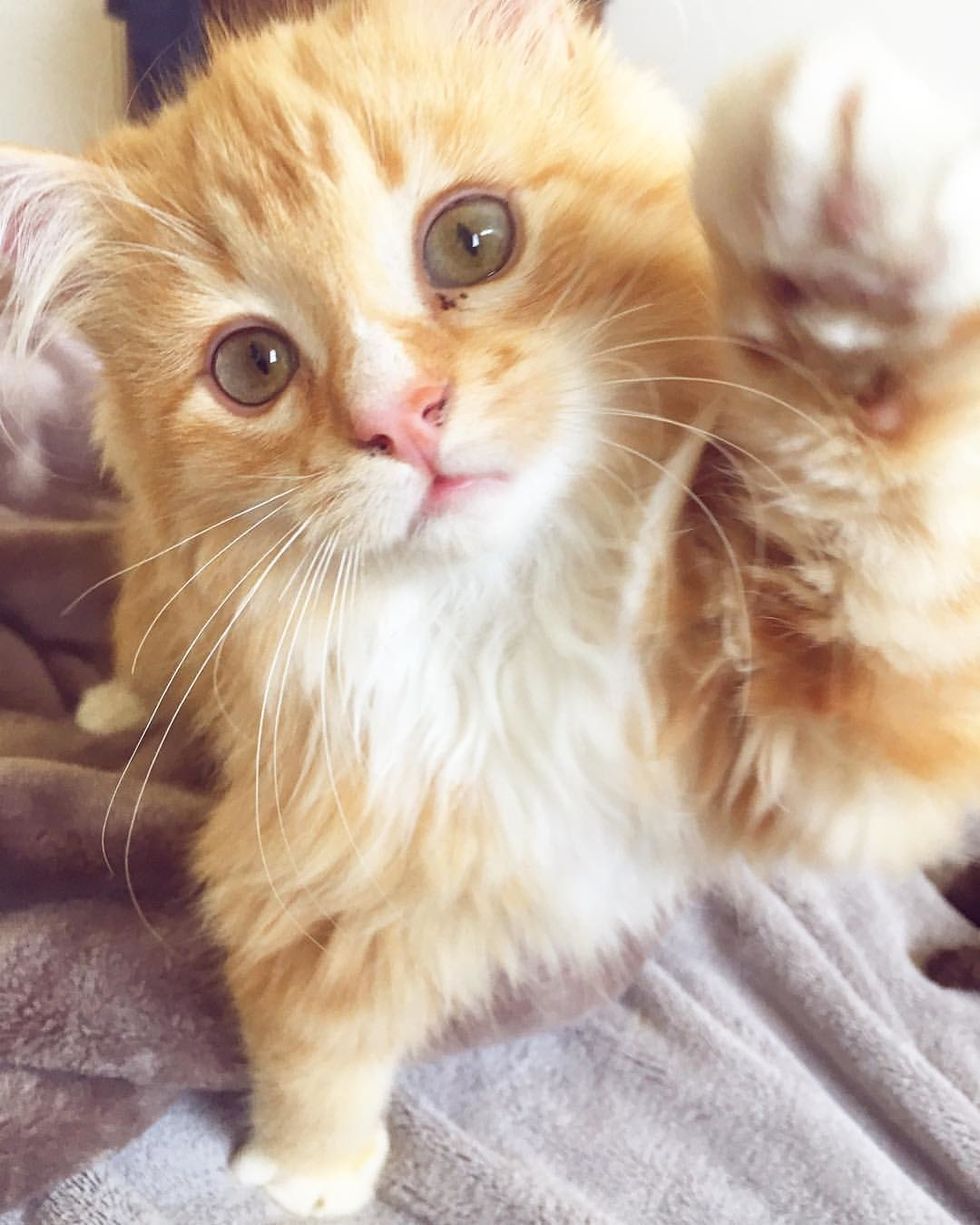 The sweet ginger boy has blossomed into a handsome cat! 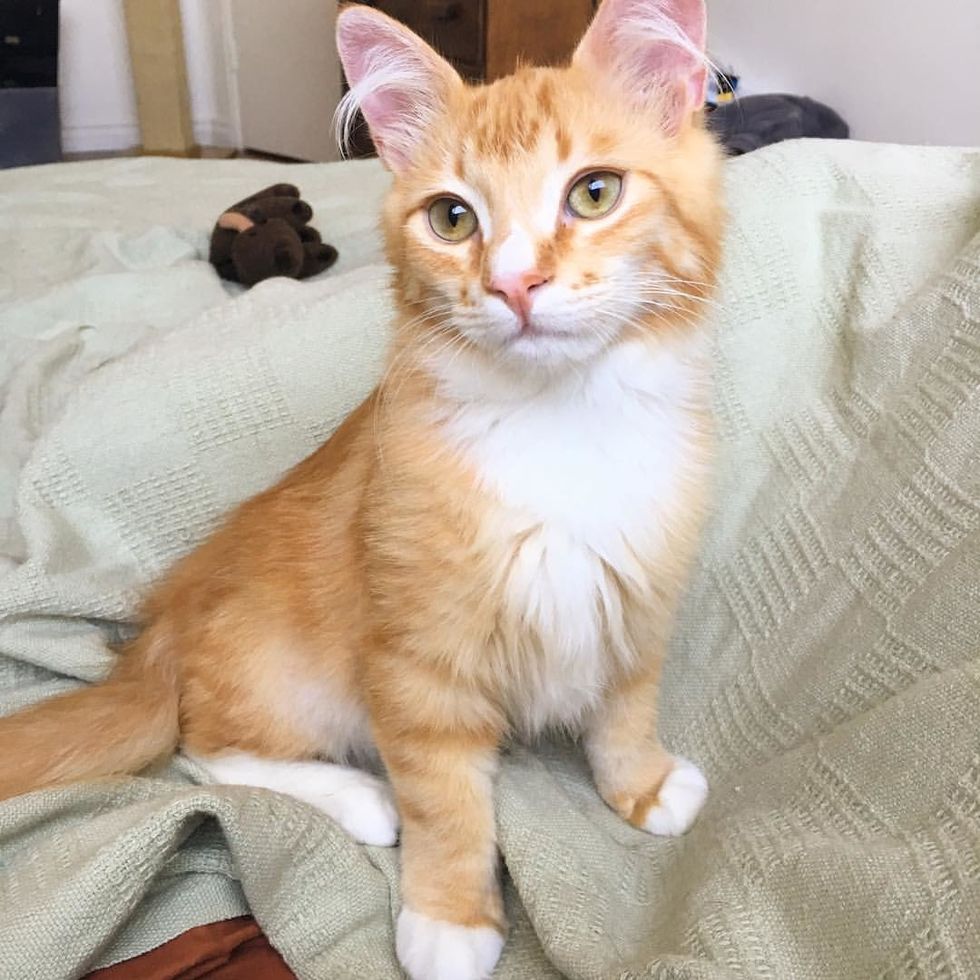 The couple fell in love with the ginger boy and made him a permanent part of their family. 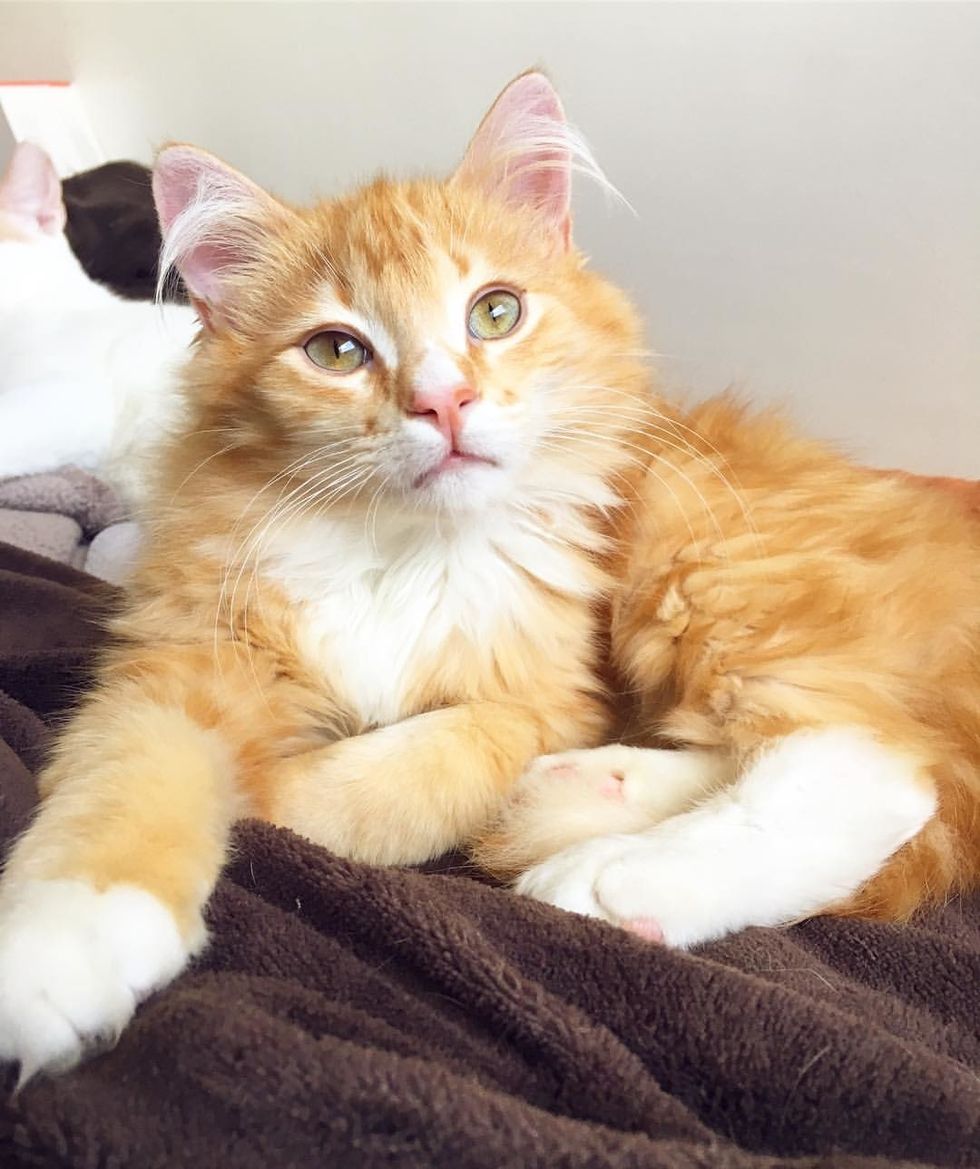 The little kitten who was said to be "too feral", has turned into a snuggle-bug with a powerful purr motor.

All it took that day was a few pets and a warm home, and Rudy found love and couldn't get enough of it. 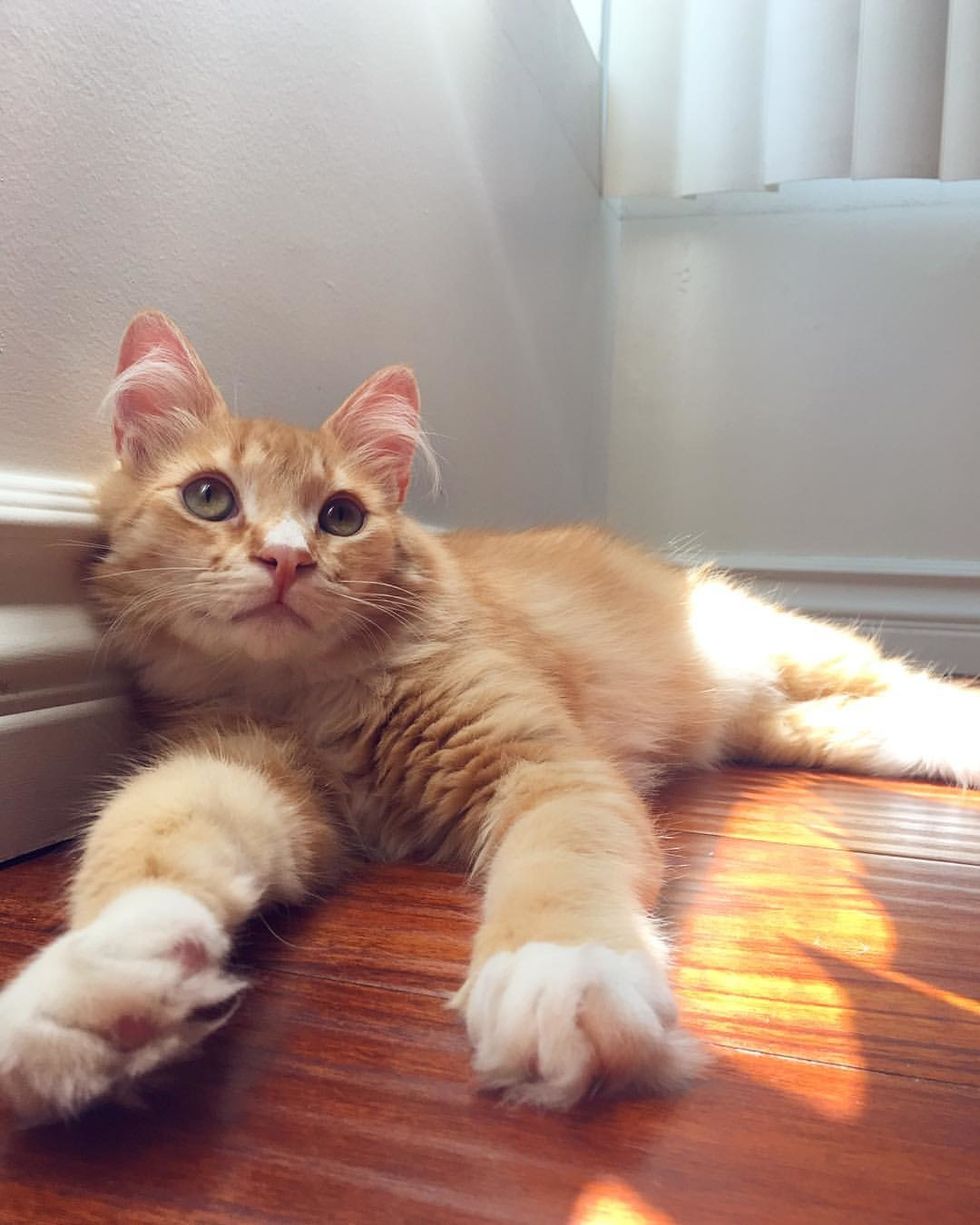 Watch Rudy's journey and hear his purr in this adorable video:

Related story: Stray Cat Mom Brings Her Kittens to Man that She Befriended, for Help