Nikki Martinez, a rescuer/foster based in Las Vegas, met a 5-week-old kitten who was covered in sickness, at a local shelter.

No one thought the kitten would make it another week, but Nikki saw the fight in her eyes as the scrawny little one walked up to her and meowed as if to say, "I want to live." 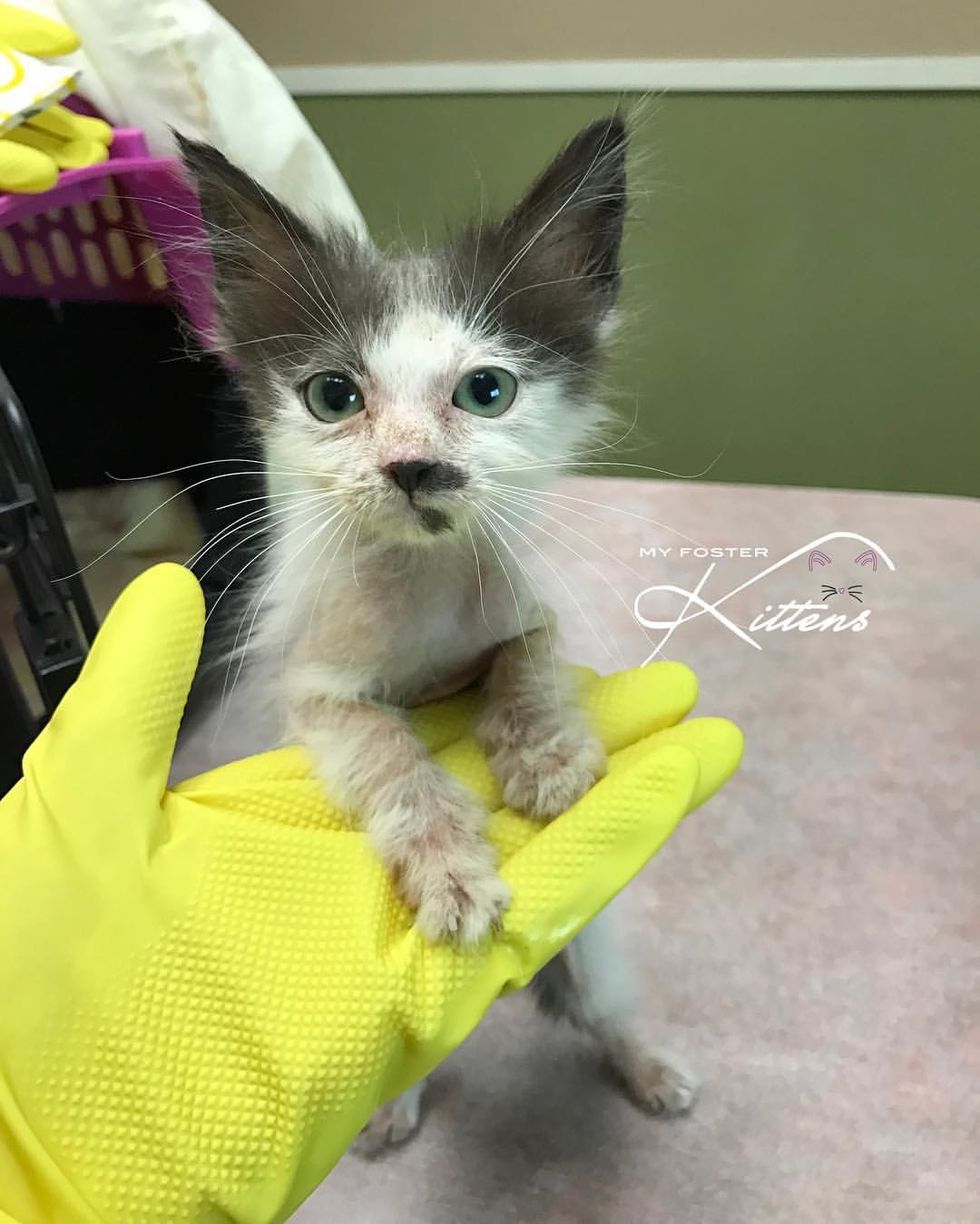 The kitten named Bunny was less than one pound and had lost most of her fur (from head to toe) due to a fungal infection (ringworm). "She was severely malnourished and underweight. The vet prescribed her oral anti-fungal meds but very quickly I could see that not only were they not working but they were shutting down her system," Nikki told Love Meow.

Nikki rescued her from the shelter and began treating her array of ailments. She was taking it one feeding at a time as Bunny was very frail. For a period of time, she feared that she would walk into her room and find her passed.

"I had my husband walk in and tell me if she was alive." 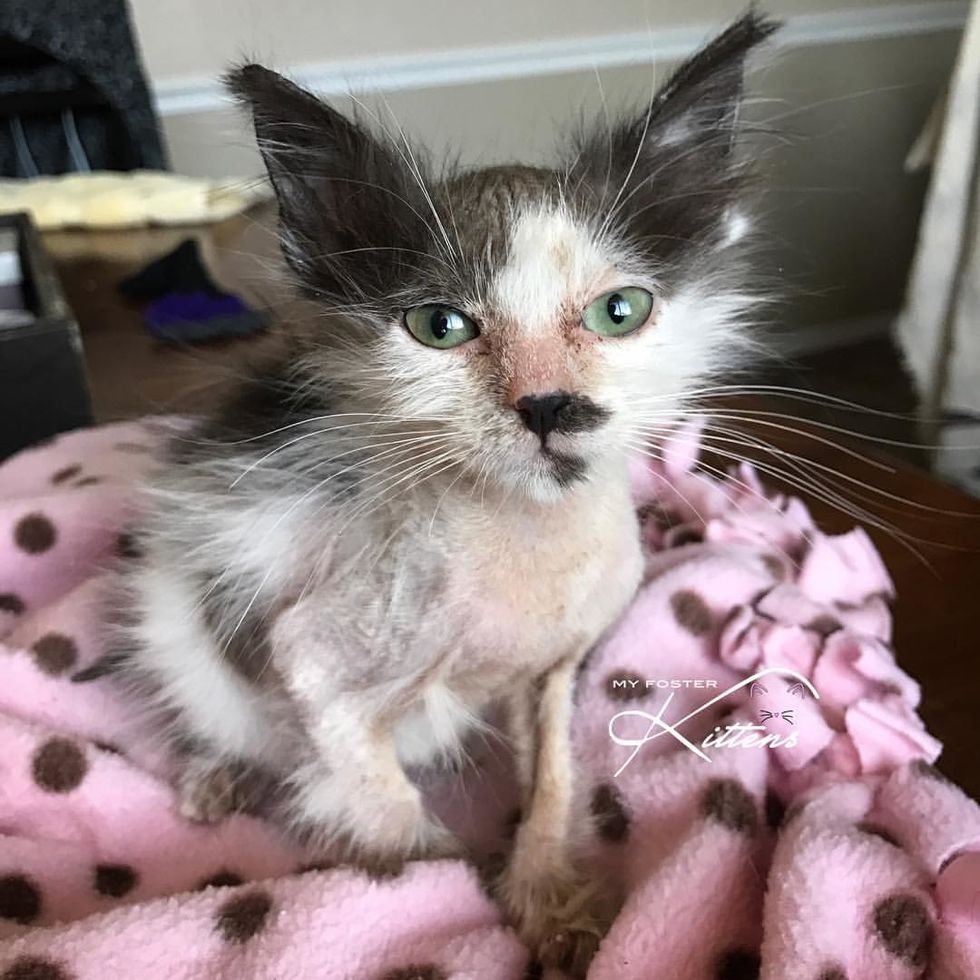 Bunny lived and continued to fight alongside her foster parents. Despite all the baths she had to take, food that she didn't want to eat but still tried to finish, and all the treatments that she had to endure, the kitten's strong will conquered it all.

Nikki syringe fed Bunny around the clock to supplement her with nutrients necessary for her recovery. Slowly, she began eating wet kitten food. Nikki's husband became Bunny's cuddle buddy and cheered her on every day throughout her recovery. 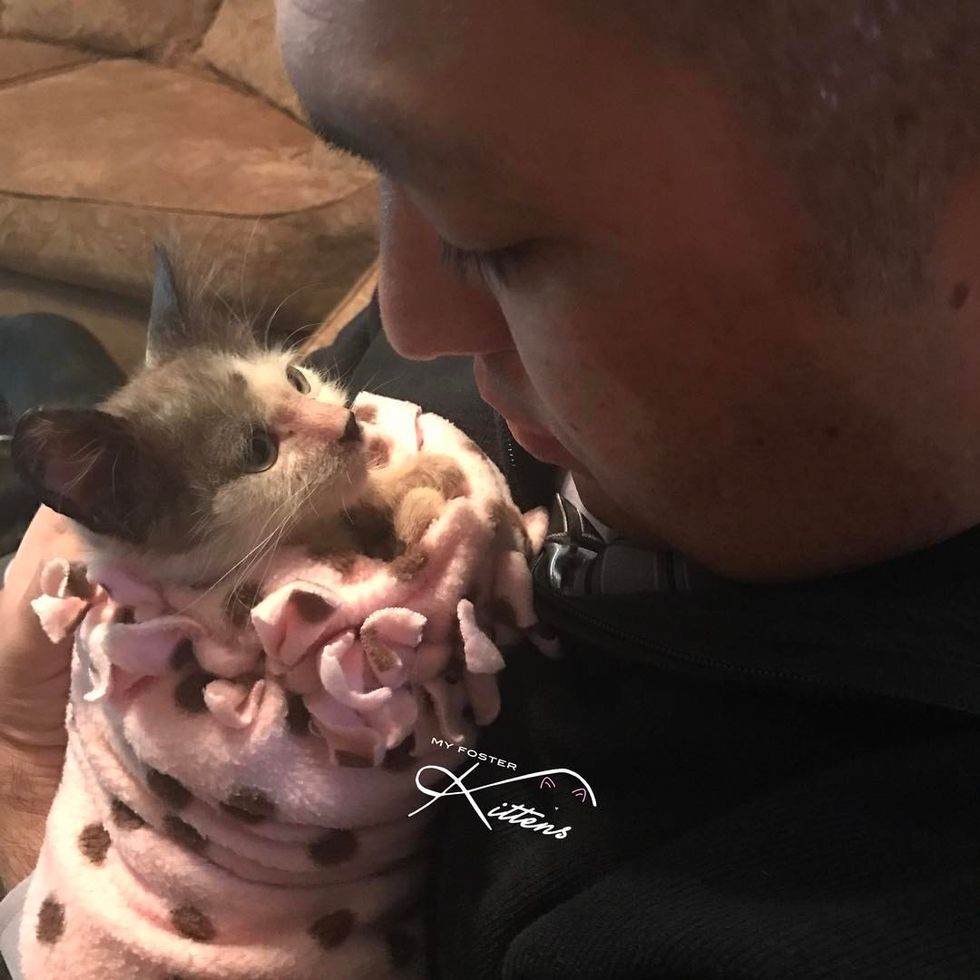 "She's a fighter and has had the will to live. I was just there to make sure she had every resource available to give her the chance she deserves," Nikki told Love Meow. 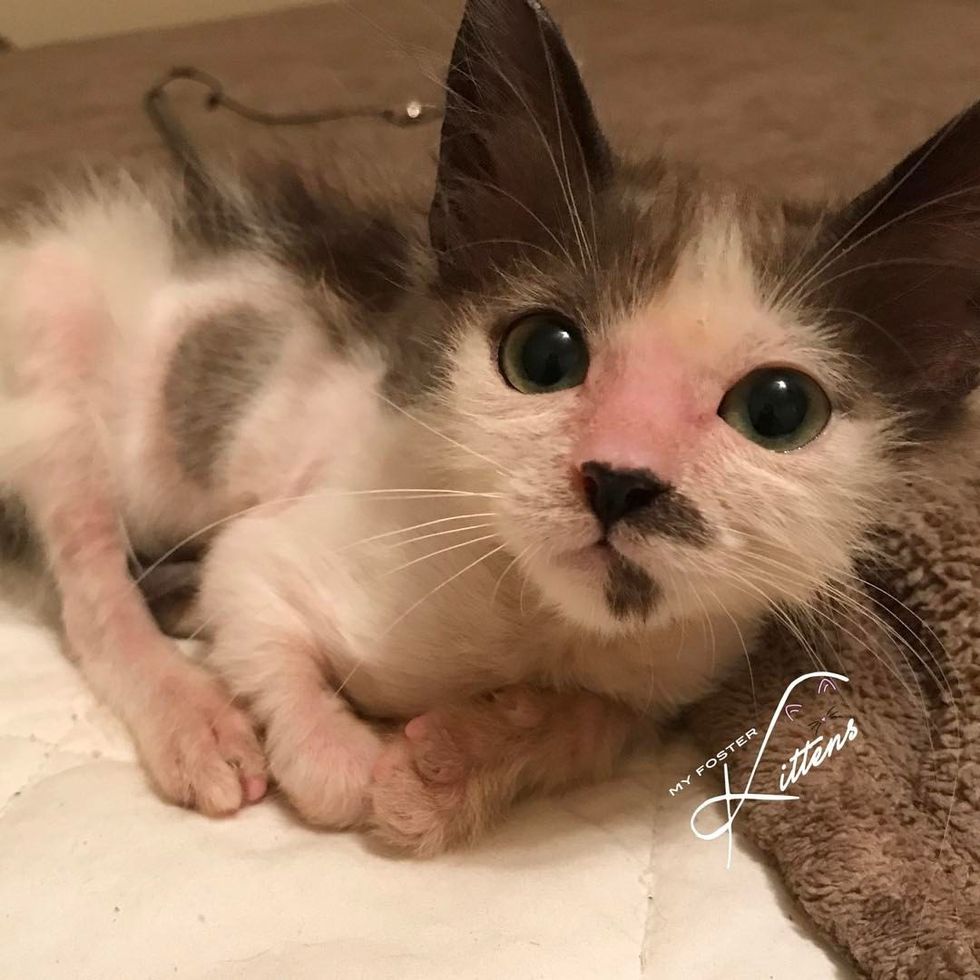 Two months later, Bunny doubled in size at two pounds and three ounces. Her ears had healed up nicely and her fur grown back into a beautiful coat.

It was then they knew that Bunny was ready for her next chapter in life. 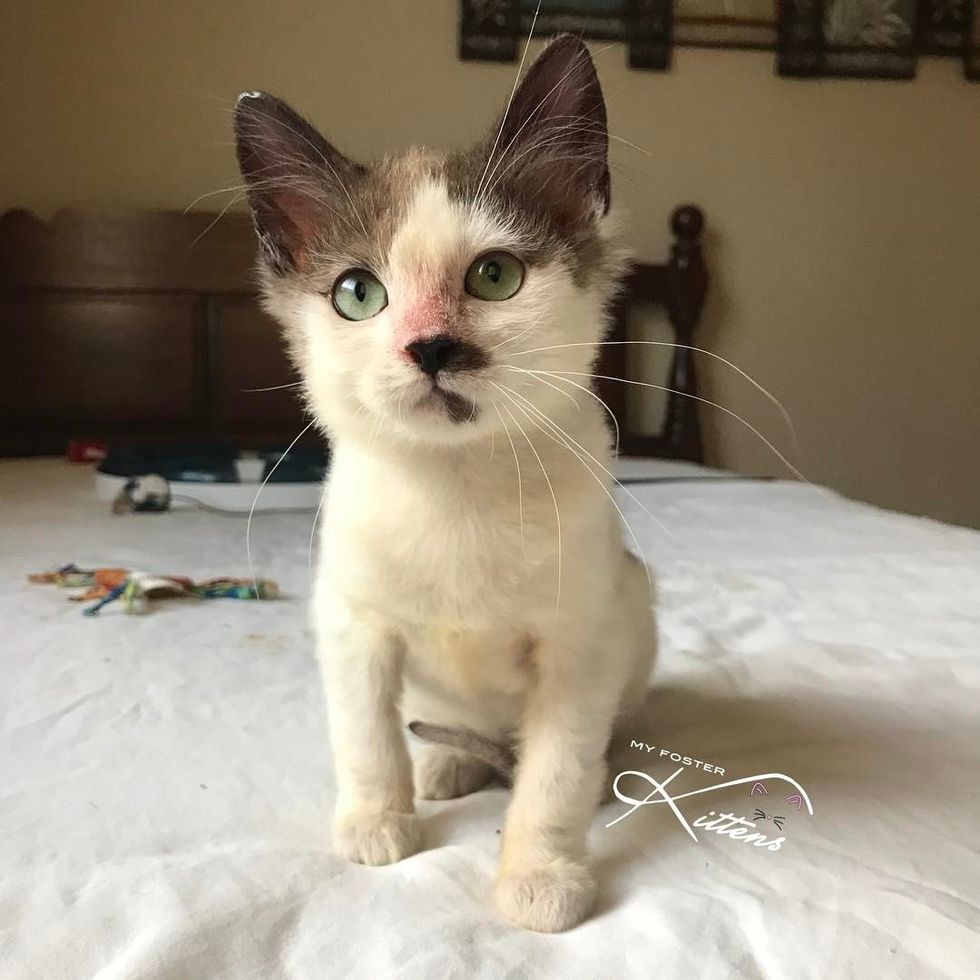 "I cried at least a dozen times thinking about the day she left me. But that's my job as a foster mom. I help them get healthy and ready to fly. It's not about me and my feelings, it's all about them. Saying goodbye means I can say hello to another one who needs my help," Nikki told Love Meow.

Nikki cuddling with Bunny the day before her adoption. 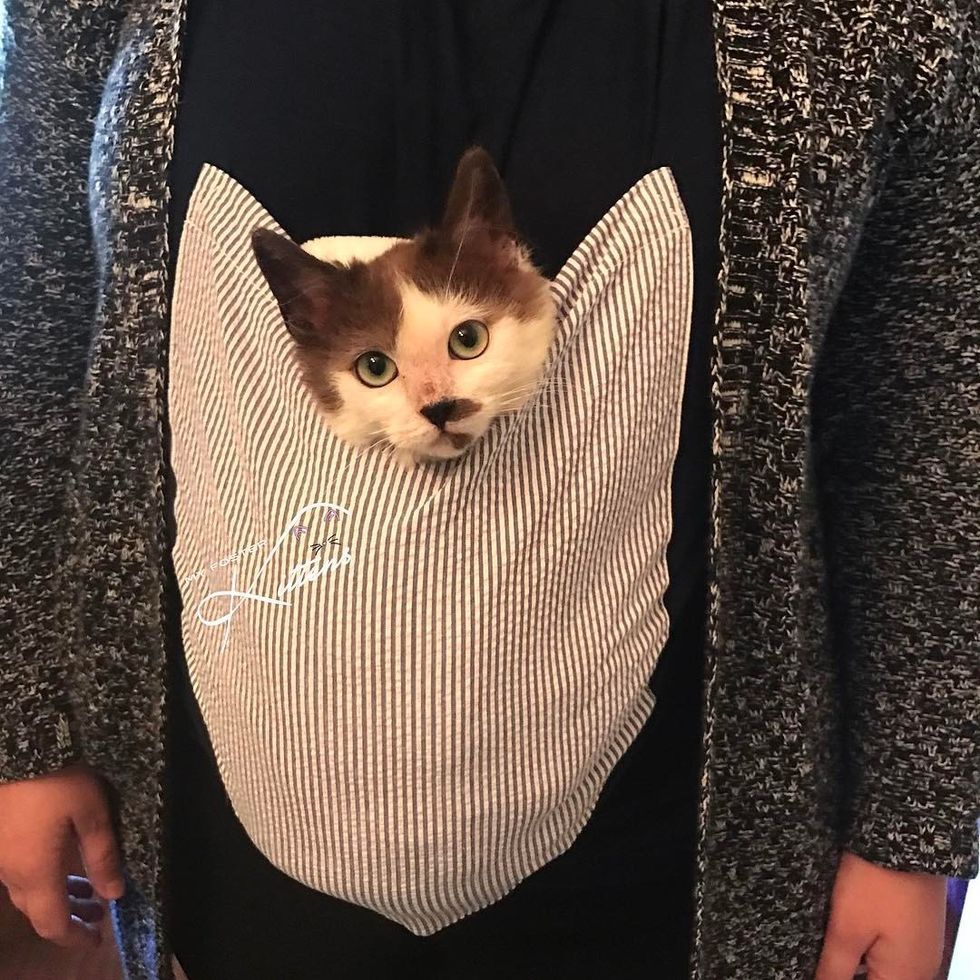 Bunny went home with a loving couple who continued to care for her. With months of treatment and unconditional love from her forever humans, Bunny made a complete recovery. 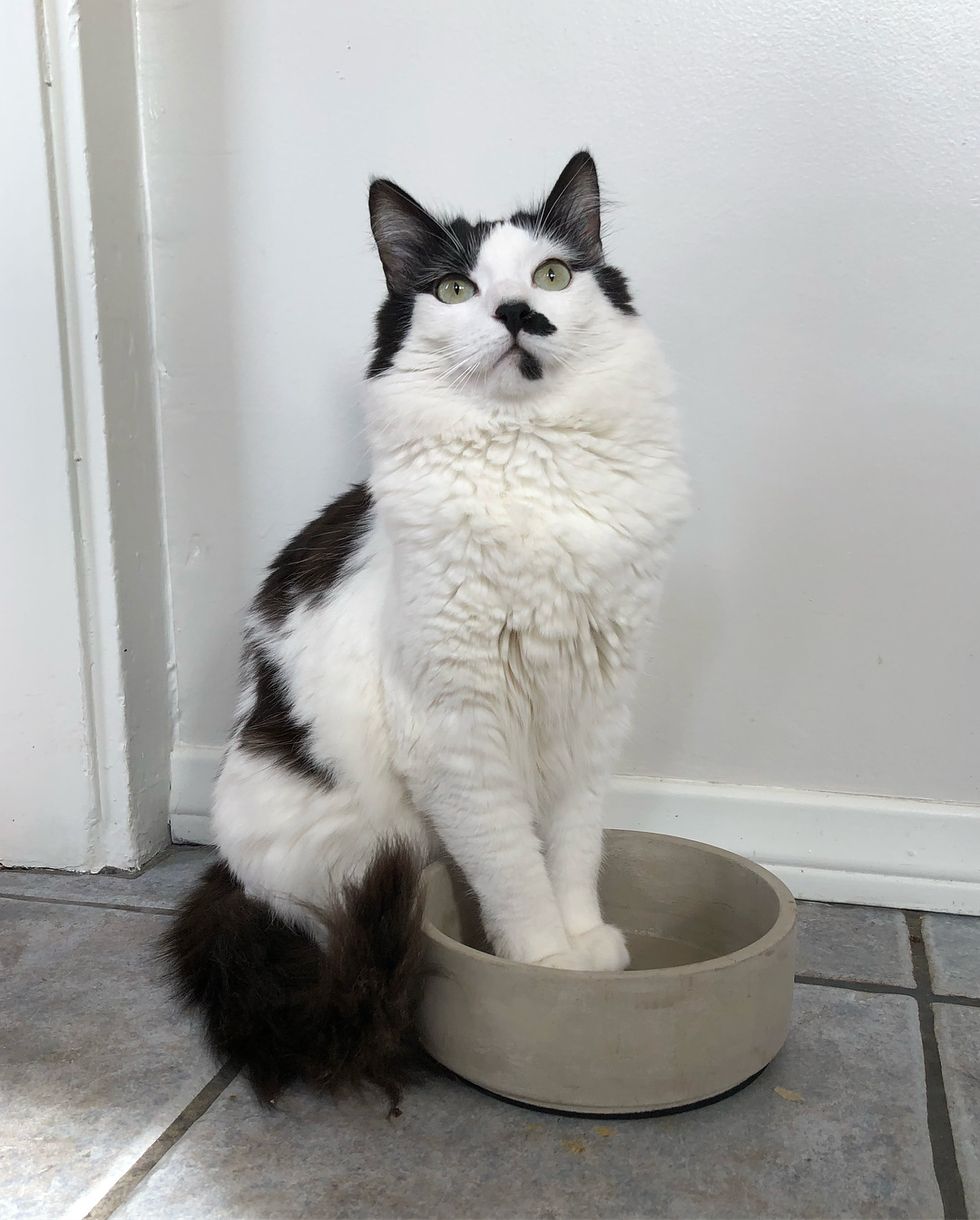 "She is a happy, hairy young lady with the most wonderful personality. She would not be with us today if it wasn't for Nikki and Foster Dad's giant heart and we are forever grateful to them," Marija wrote.

The sweet kitty blossomed into a gorgeous fluffy girl that Nikki had known from day one that she would become. 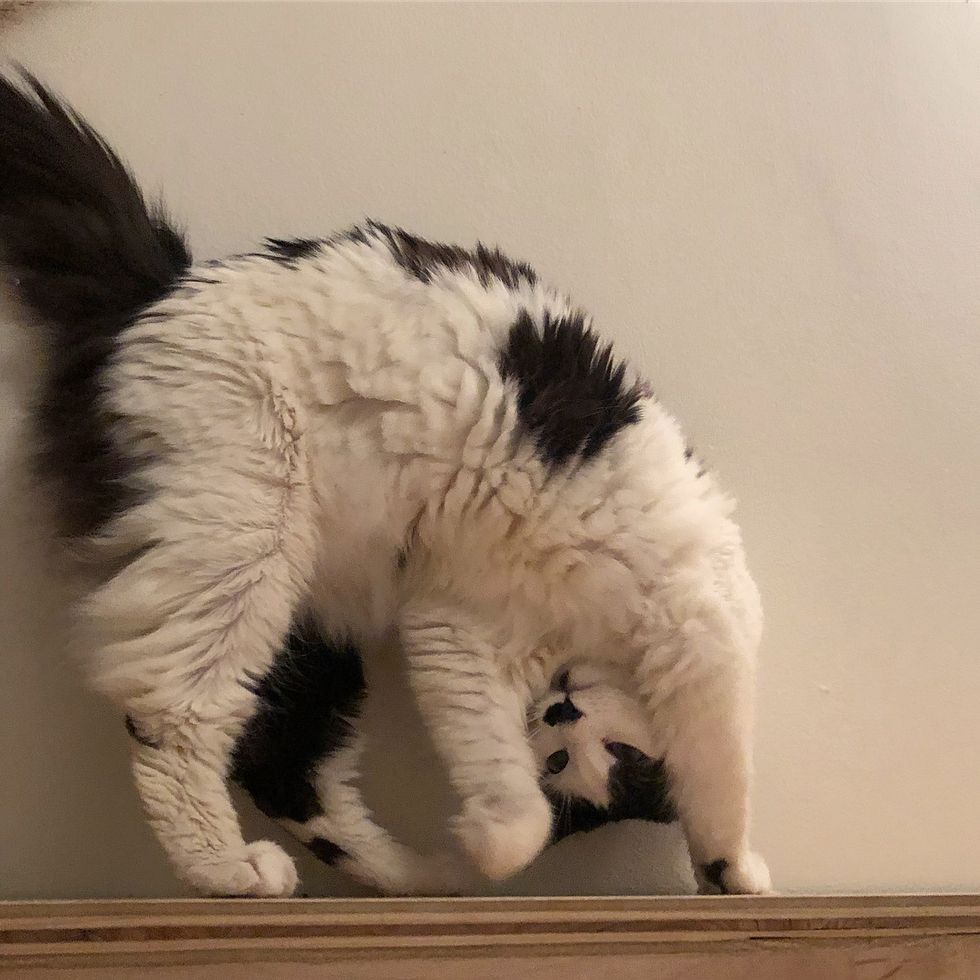 She's now a big cuddle-bug who demands to be held and loved. 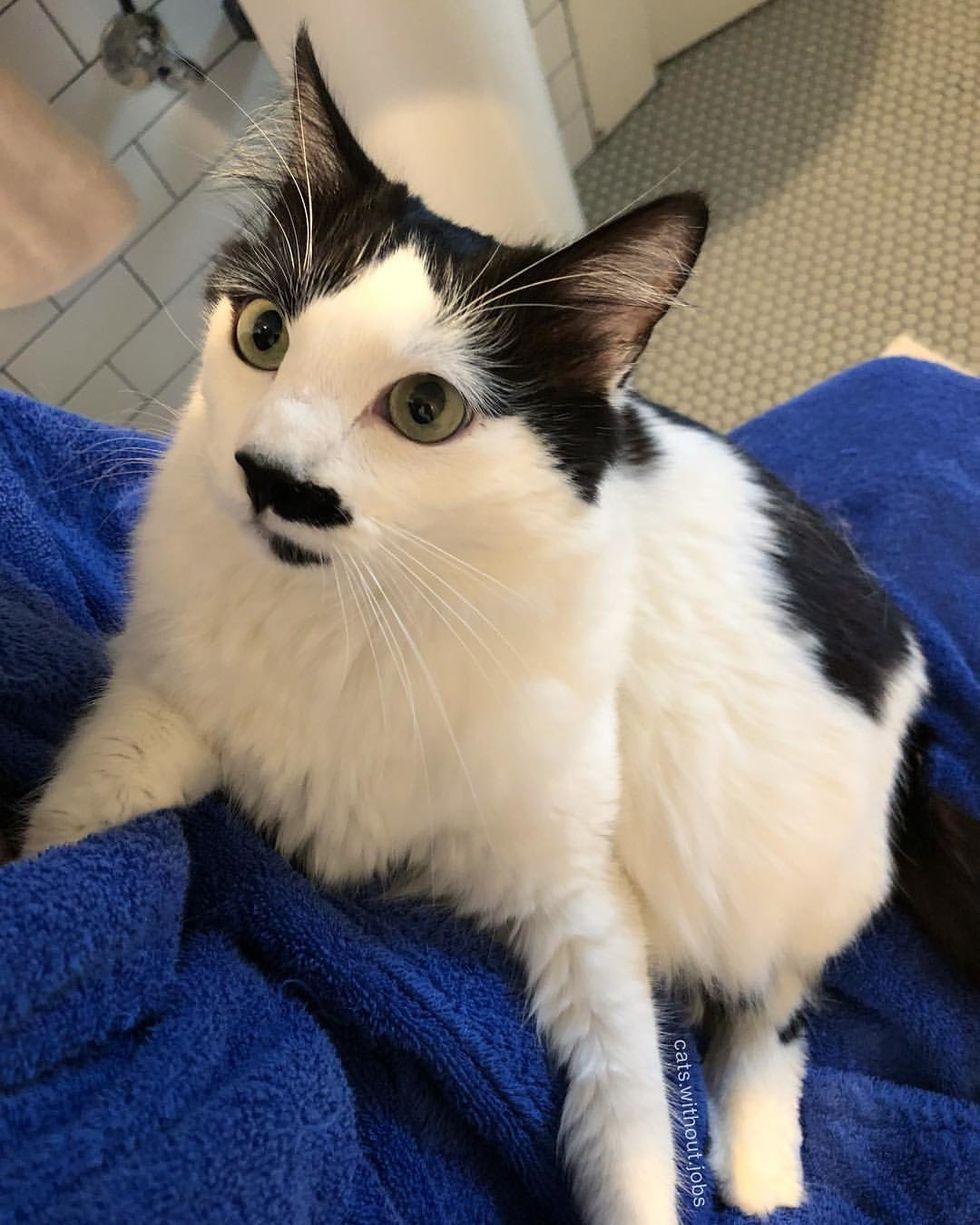 When Nikki took Bunny home, she knew, "One day her hair will be blowing in the wind." 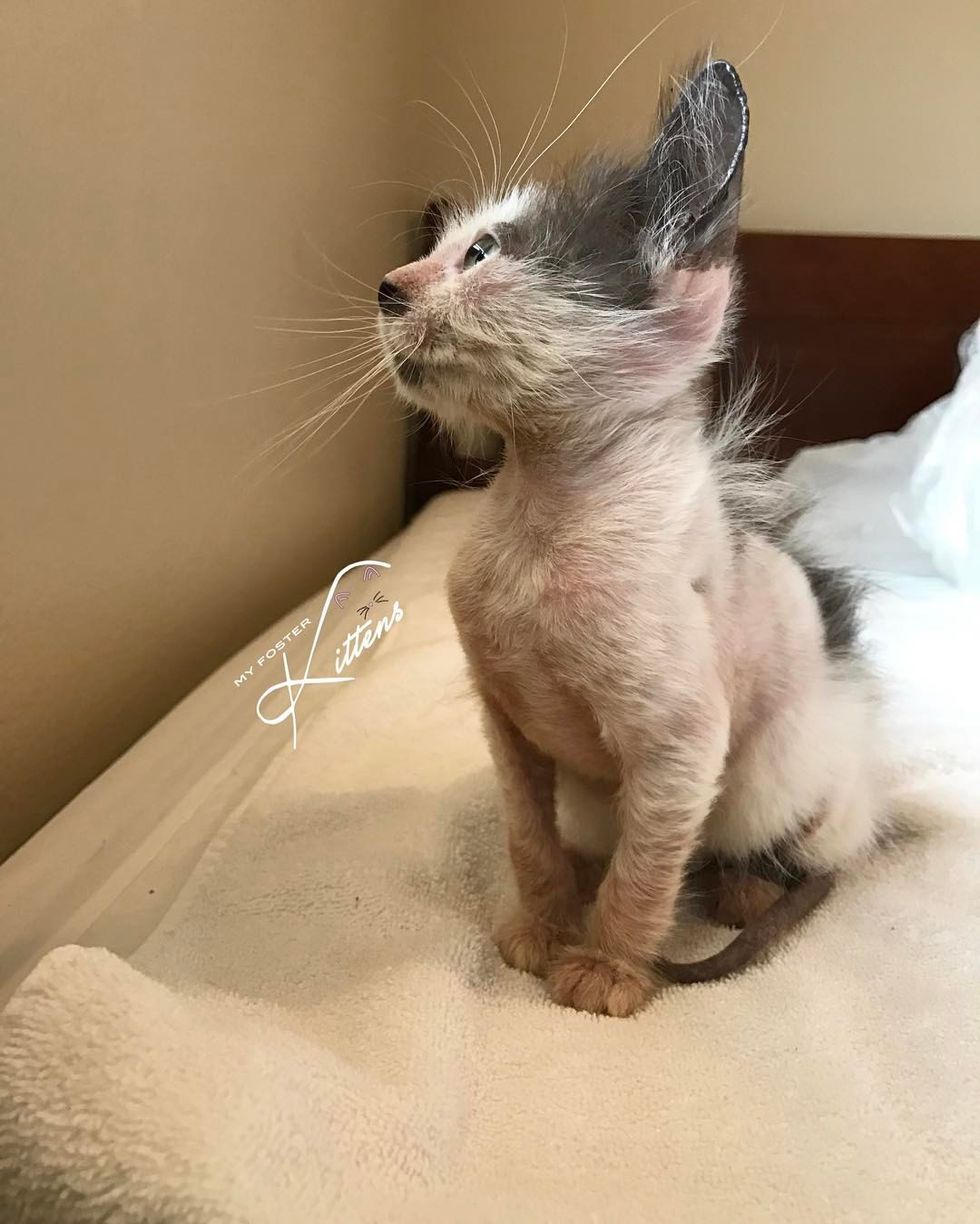 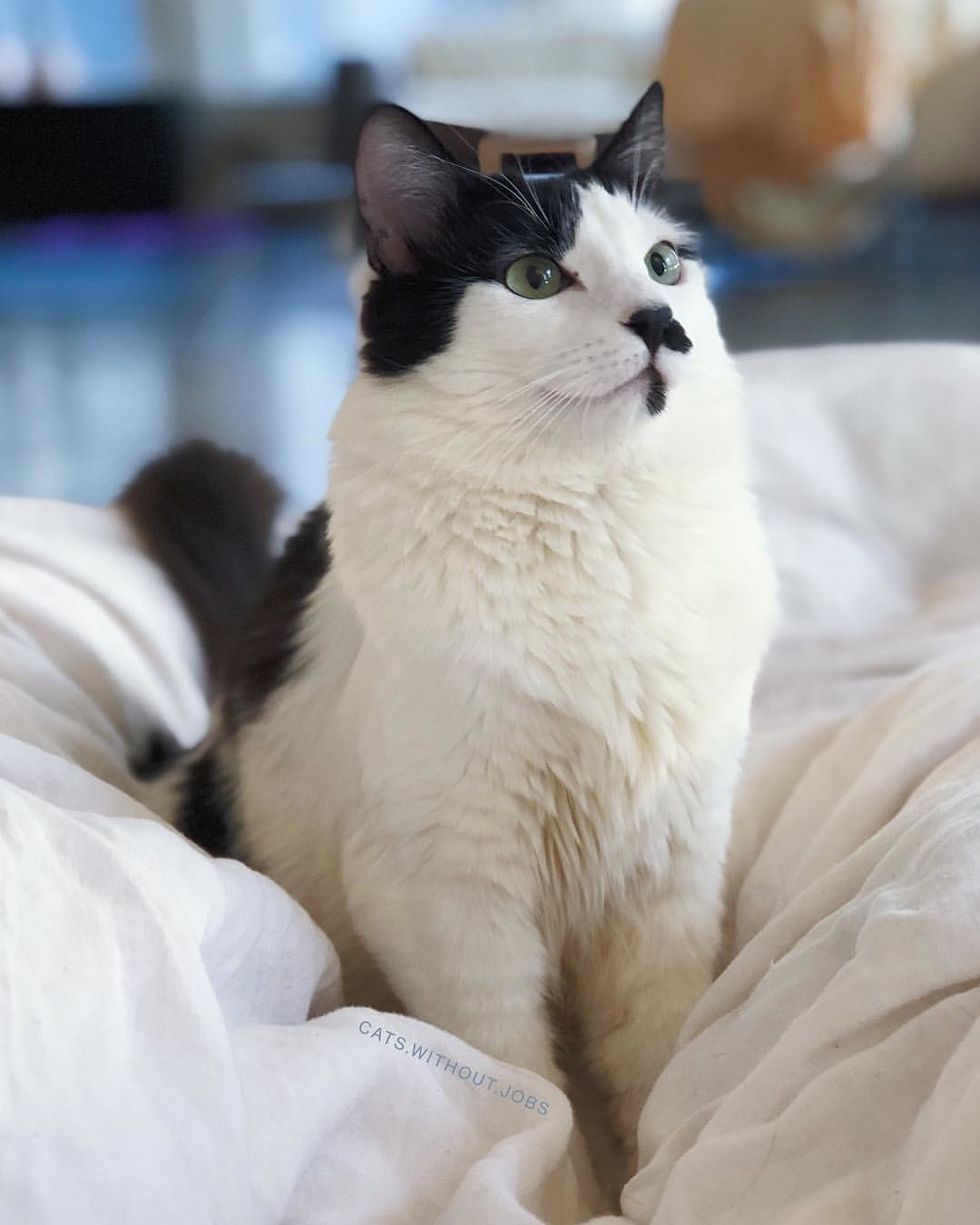 Watch Bunny's journey to forever home in this video: