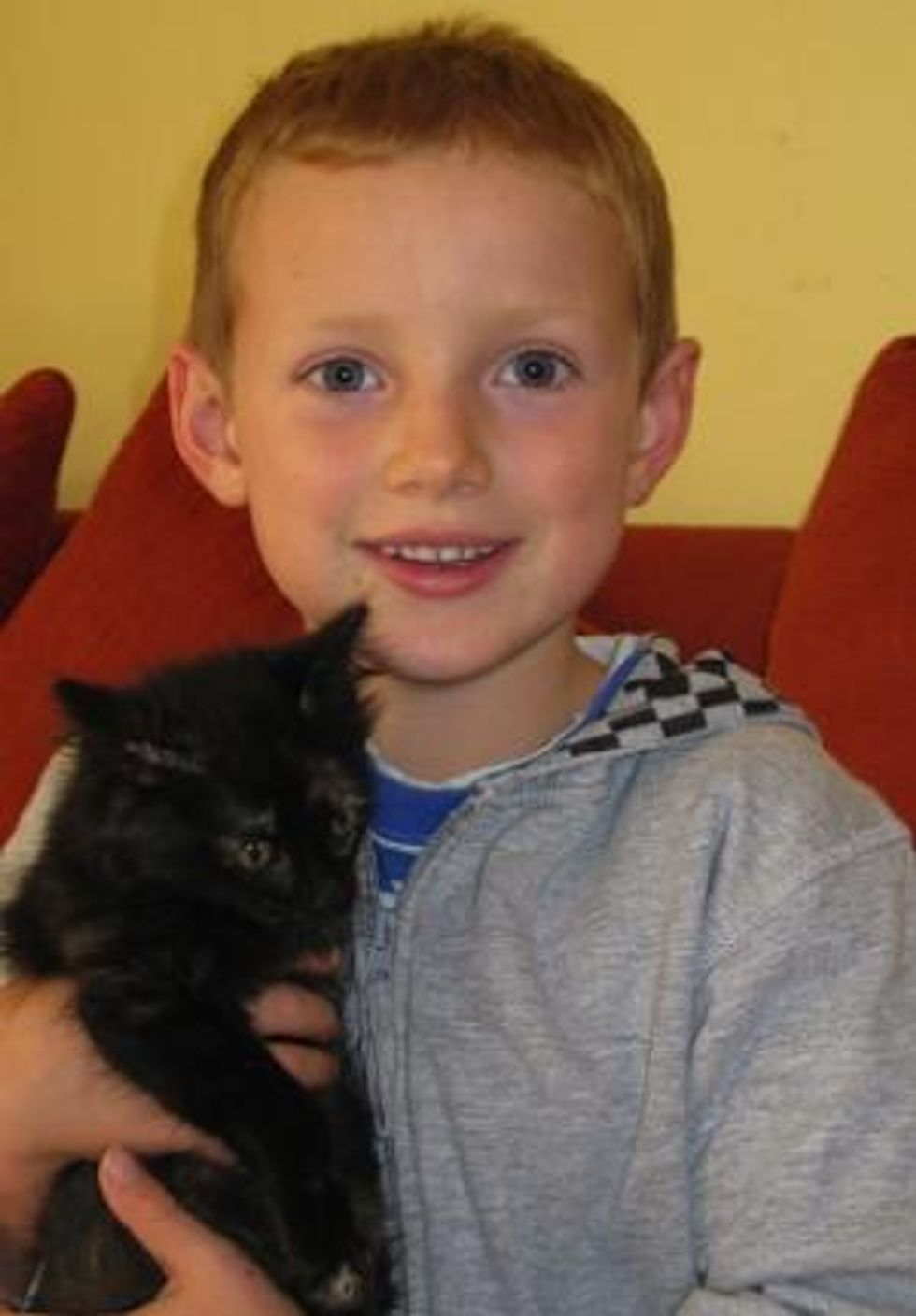 Tortoiseshells are generally female cats because only the female X chromosome carries the gene that creates the distinctive coloring. A tortoiseshell must inherit two dominant colors in order to develop the mixture of ginger and black colors displayed on their coat.

We rarely see a male tortoiseshell due to the genetic and developmental factors. However, in Harpenden, UK a kitten who was rescued and brought to Alistair Poole's veterinary surgery, was discovered a tortoiseshell but determined to be a boy. He came from a litter with 2 other tortoiseshells where they shared the same coloring and look, but he stood out by being the only male tortie.

A male tortie typically has an extra X-chromosome that harbors the dominant color gene, so instead of having XY for a typical male cat, he has XXY to make up his DNA.

"We've decided to call him Eddie after Eddie Izzard, the comedian, as he is essentially a boy dressed in girls' clothing - Eddie Izzard sometimes does the same."  - Kitten is one in 100,000