Kitten No One Thought Would Survive, Was Brought Back to Life and Grew To Be A Majestic Cat!

No one thought this tiny kitten would make it through the night, but a woman took him in and saved his life.

When he let out his first purr, it was the most beautiful, rewarding sound. 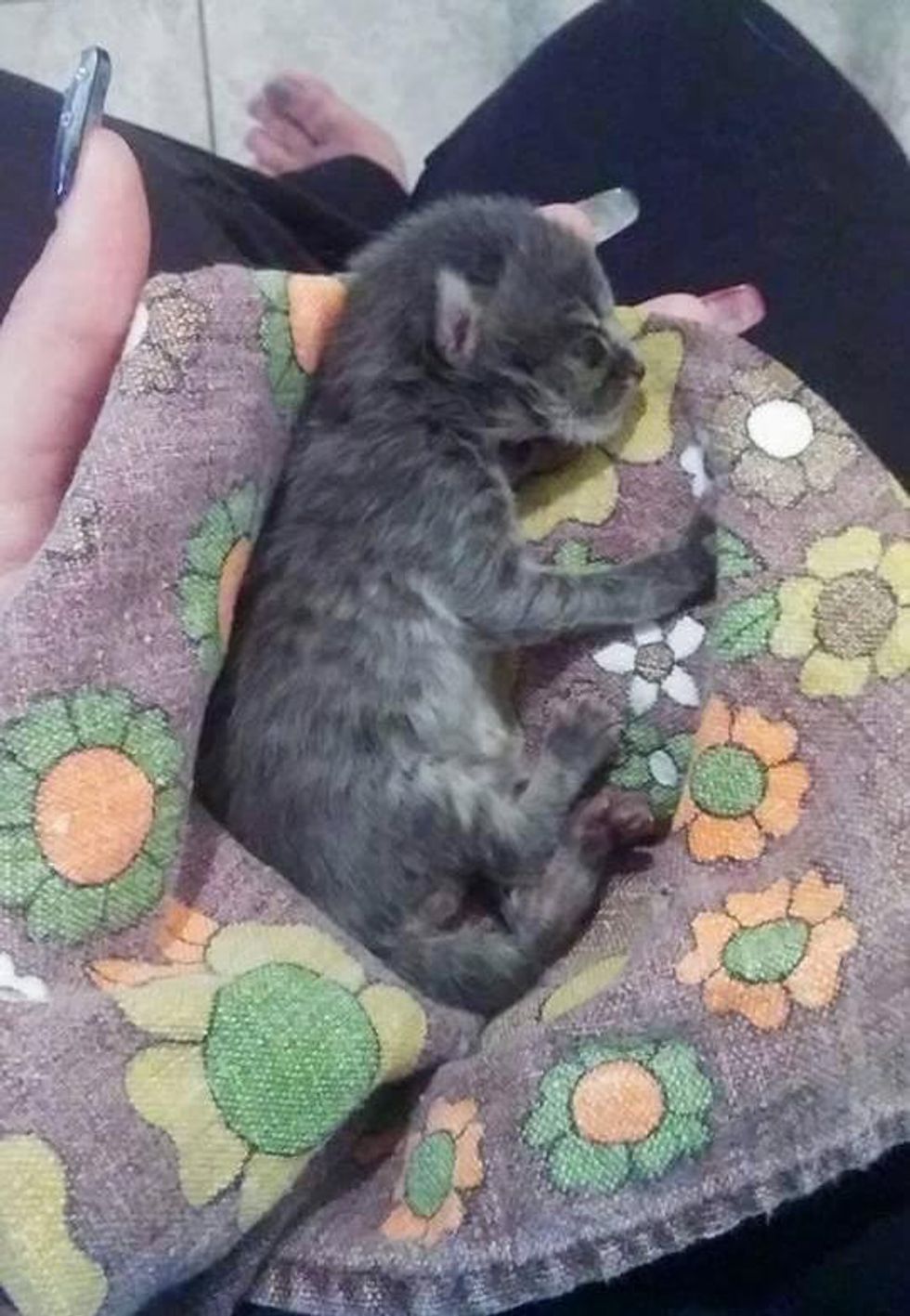 Firefighters found a tiny lifeless kitten alone by himself. They brought the three-day-old feline baby to the vet, but his prognosis was grim.

They didn't think the kitten would make it through the night without a miracle. One of the vets decided to give it one more try by contacting Good Karma Pet Rescue in South Florida, hoping they would take him.

"I had two neonatals in an incubator at the time and they rushed him straight over to me. He was a cold, weak and tiny little three day old babe that was covered in fleas," Ashely Nieves-Flores of Good Karma Pet Rescue told Love Meow. 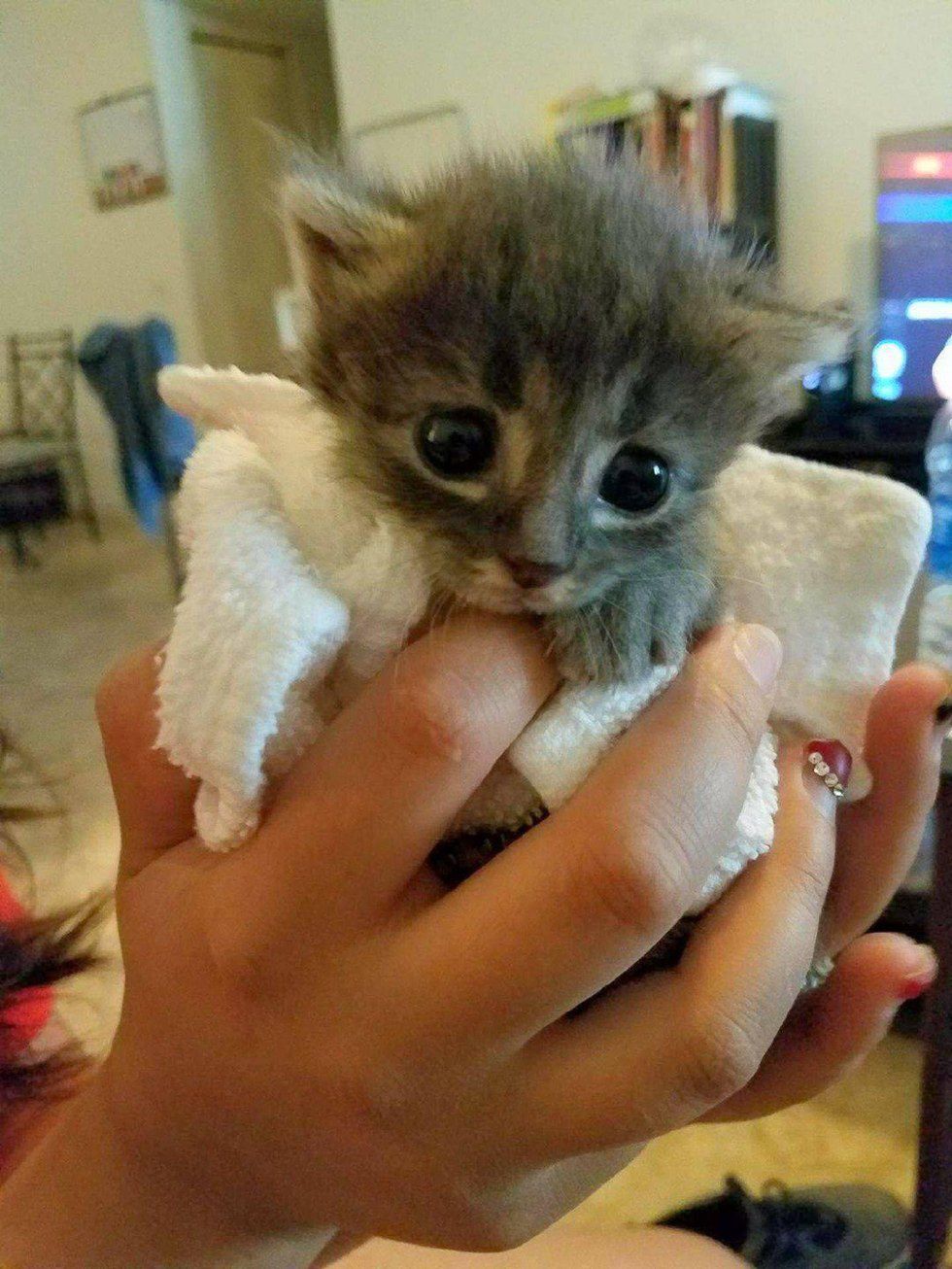 That night Ashley didn't get much rest. She got up every other hour to check on the kitten, feed him, keeping him alive.

Over the next week, she stayed up every night to look after the kitten. "I was so scared that I would find his little body stiff and lifeless in that incubator." 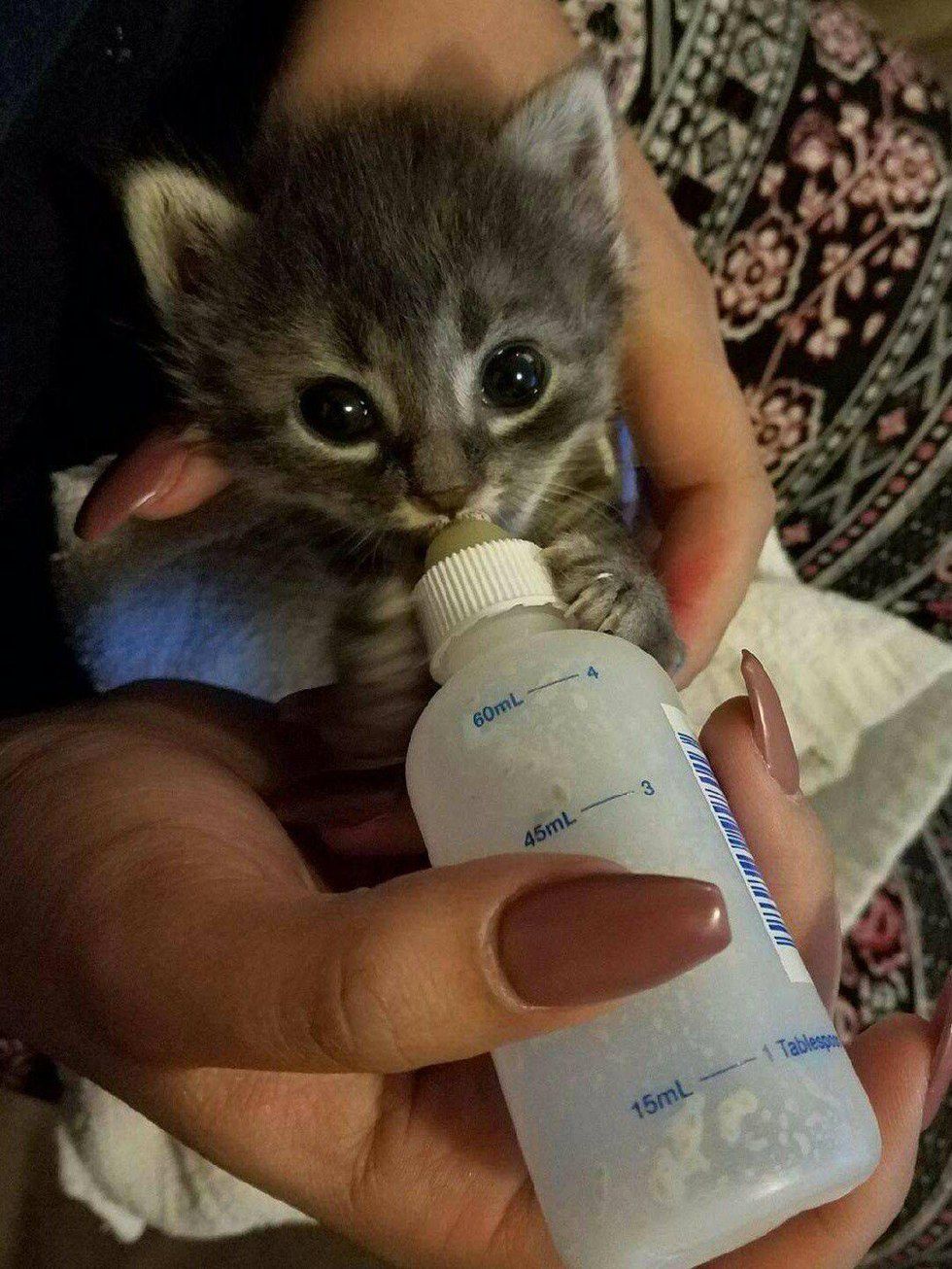 Two weeks later, as Ashely was checking on the kitten, he suddenly purred for the first time. It was the sweetest sound that gave her so much hope. Soon his purr became louder and stronger, and it began to resonate through the room.

She named him Steph Purrrry as he purrs all the time. "As soon as you touch him he immediately starts purring," Ashely told Love Meow.

Steph caught up in size over the next few weeks. 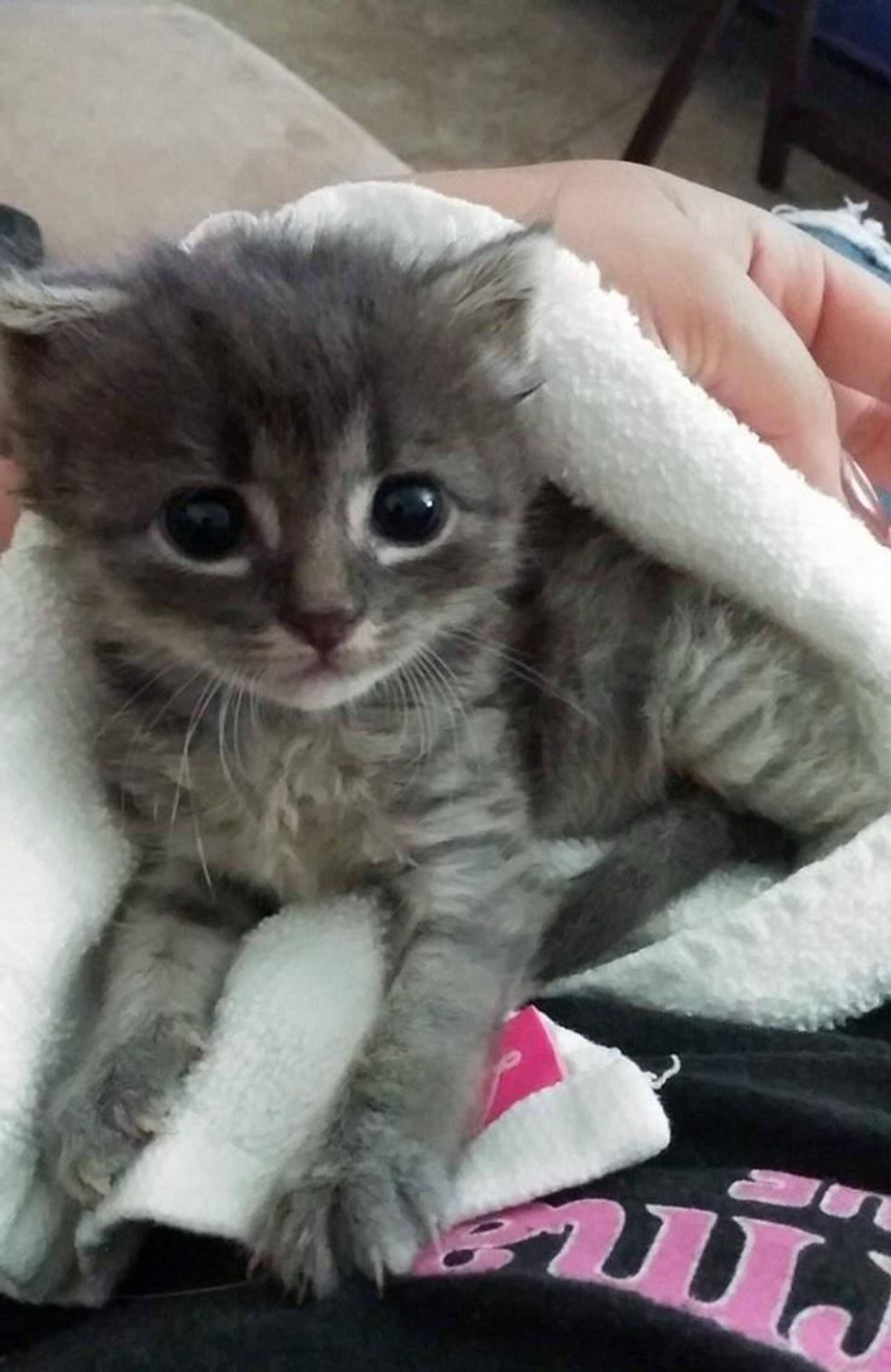 When he was almost ready for adoption, Ashely brought him to meet his new family. "Bentley the little boy dog depressed over losing his cat buddy cried when he met Steph," Lisa told Love Meow.

"It was love at first sight. Ashley brought him back two days later after he was neutered to be mine forever. Steph and Bentley, the black and white dog, are best friends!" 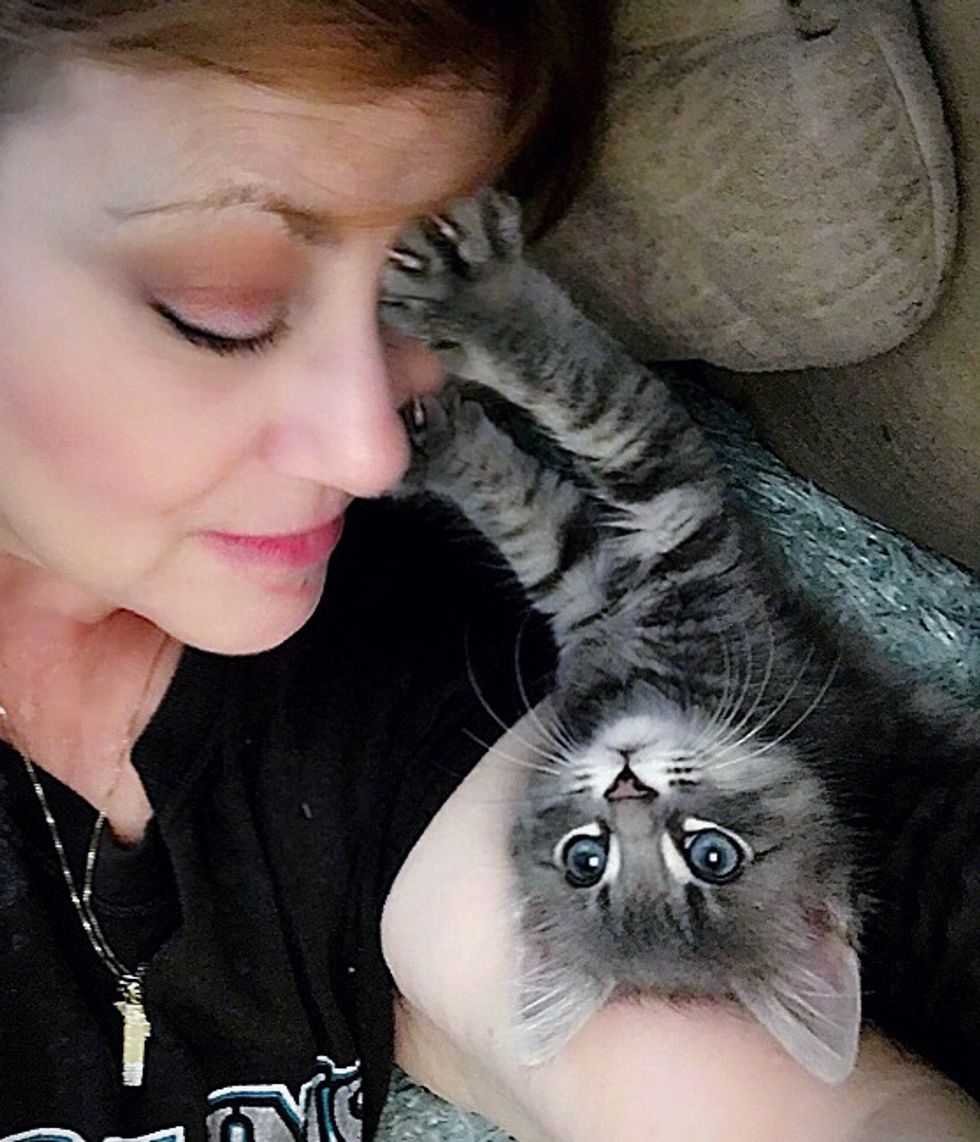 Now he's got two fluffy canine friends to cuddle with every day! 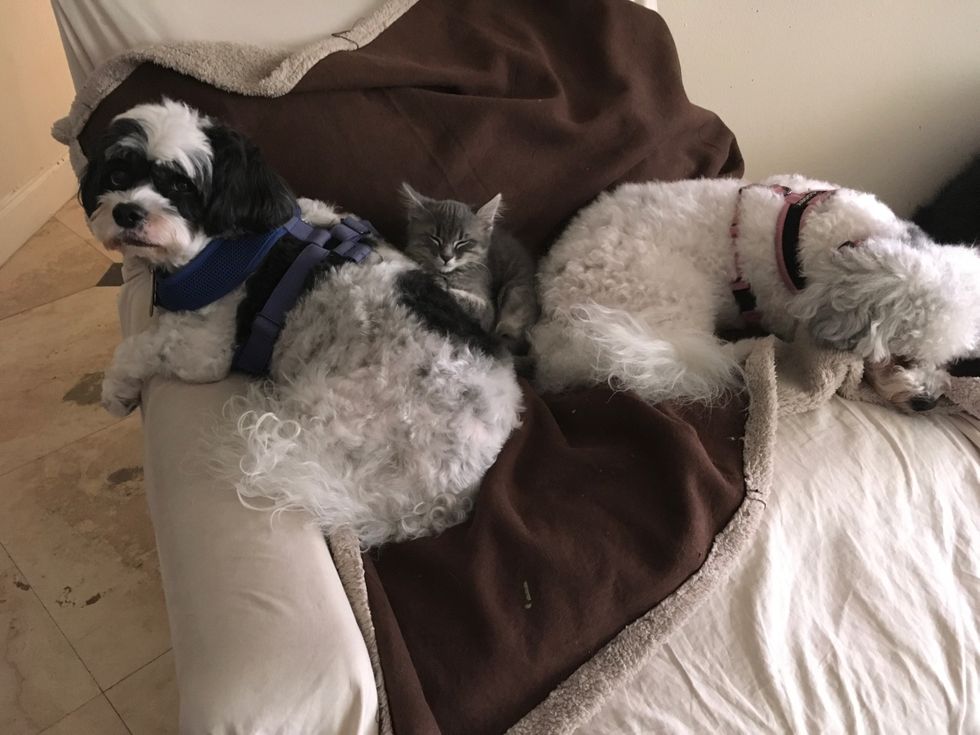 Purrrry has blossomed into a majestic, handsome boy! 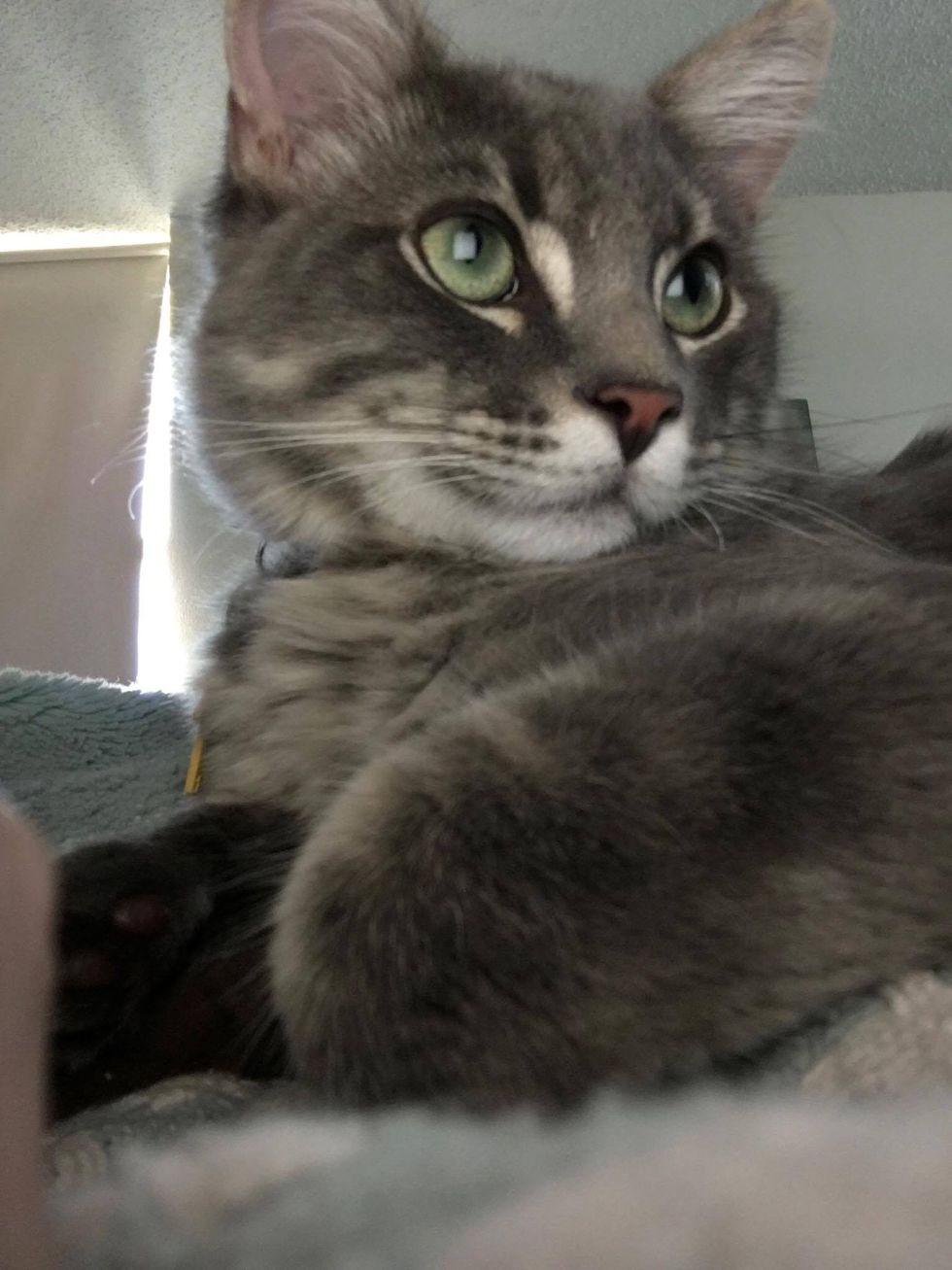 Ashely goes to visit Steph Purrrry every couple of weeks, and the sweet kitty greets her with his adorable purrs.

"She told me she can tell how absolutely happy he is in his home," Lisa told Love Meow. 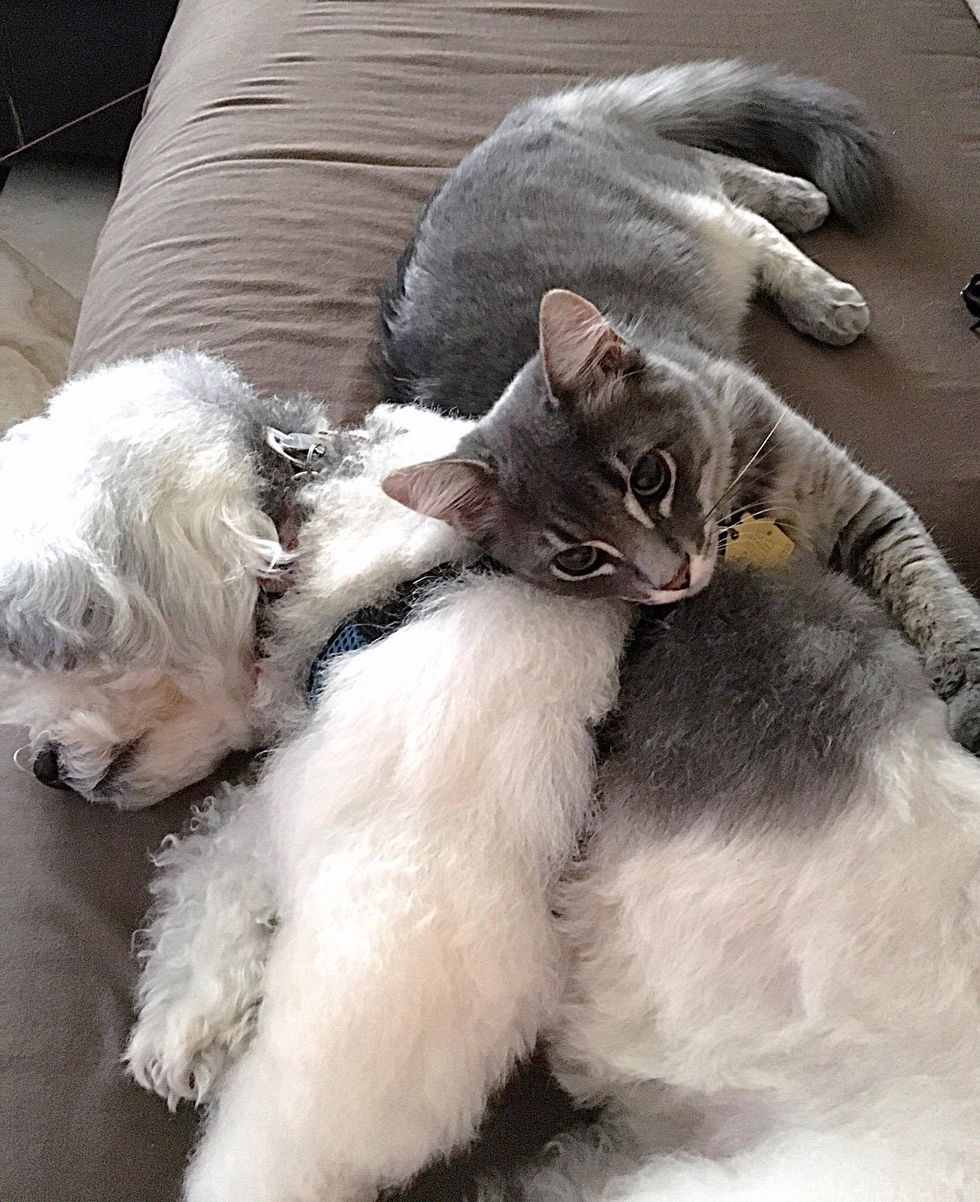 Just five months ago, Purrrry was a palm-sized kitten fighting for his life.

With a second chance and a lot of love, look at him now! 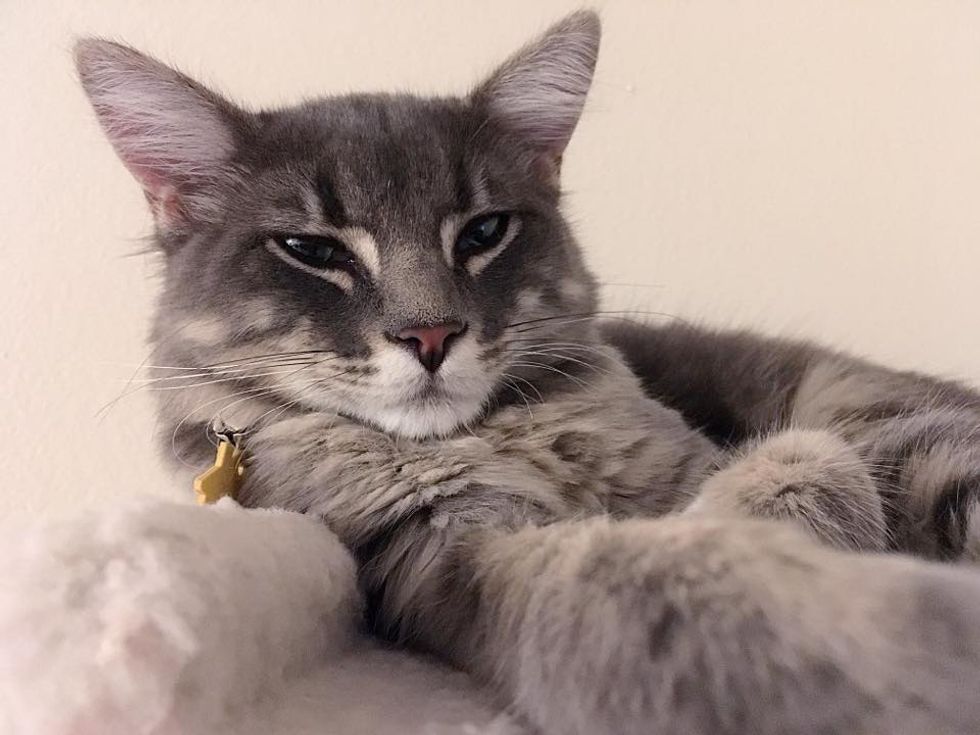