Kitten Rescued from Storms Gets Sock Sweater, We Have Updates!

The tiny kitten in a sock sweater, who was found in the storms by Hurricane Matthew, is now thriving in her forever loving home. 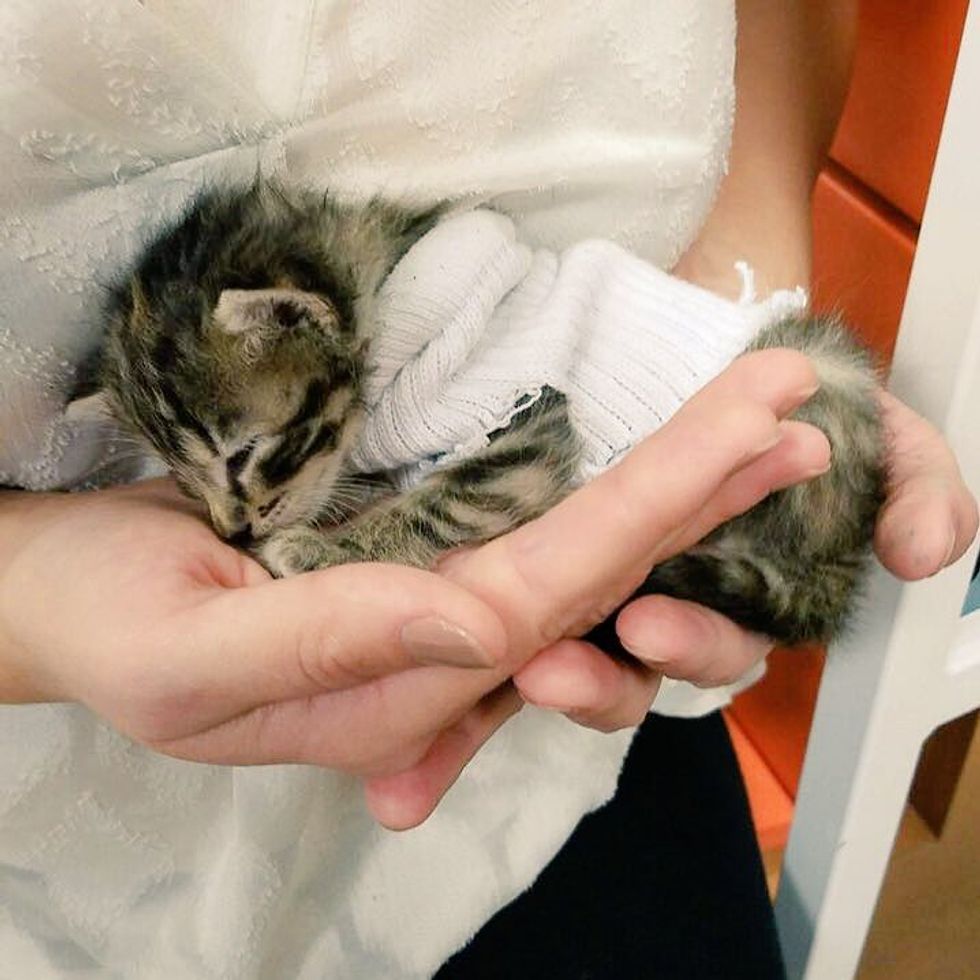 When a family was looking at rescue cats at a local PetSmart in Northwest Raleigh, North Carolina, they were introduced to a tiny 3-4 week-old orphaned kitten, who needed some extra TLC.

The tiny tabby survived the Hurricane storms, and was brought into the store after she was found stuck in some bushes.

The family couldn't bear seeing the kitten without a home, so decided to adopt her and love her like their own. 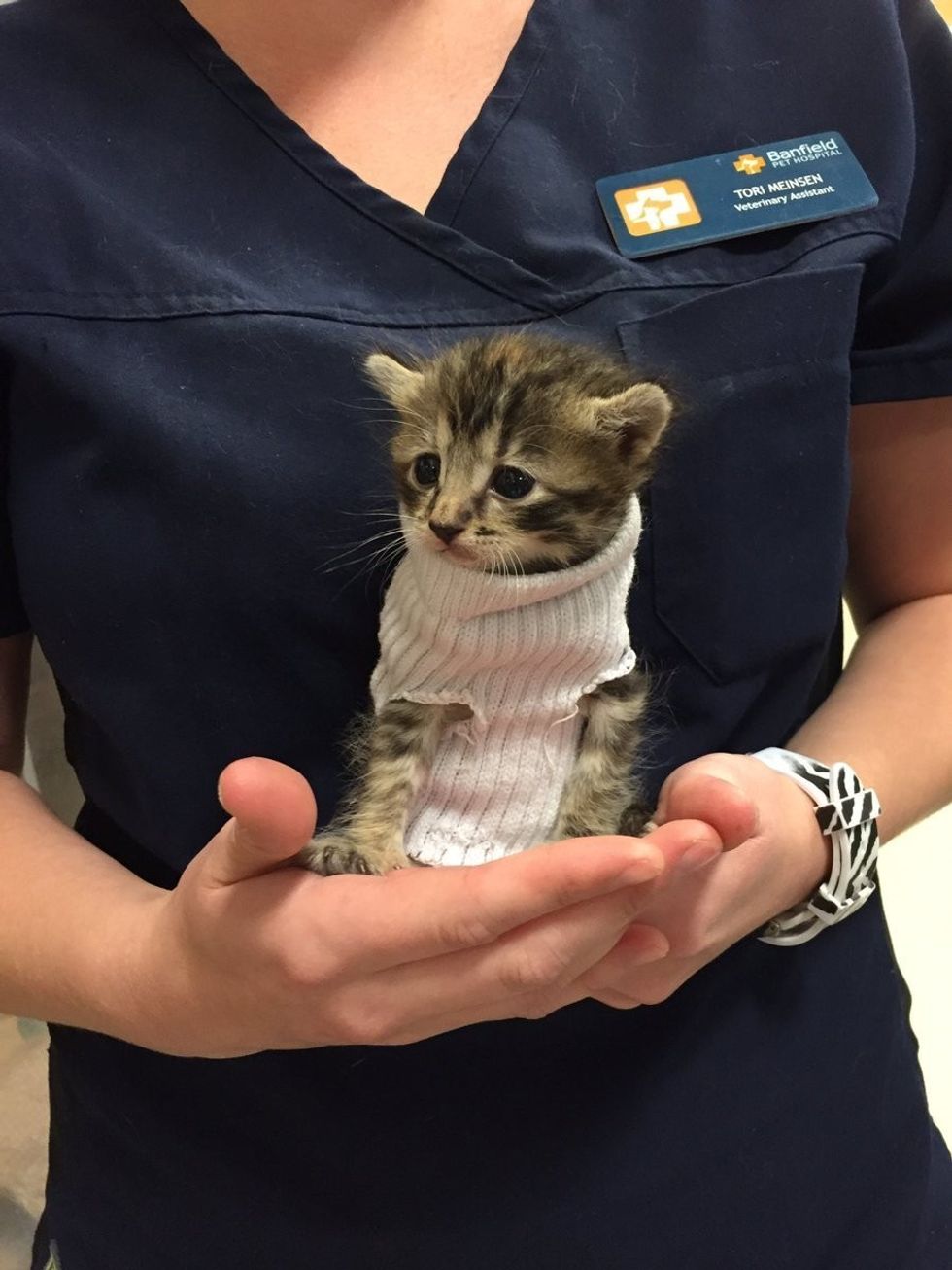 After little Pipes moved into her new home, she was welcomed by Amelie the dog and quickly snuggled up to her new friend for a nap. 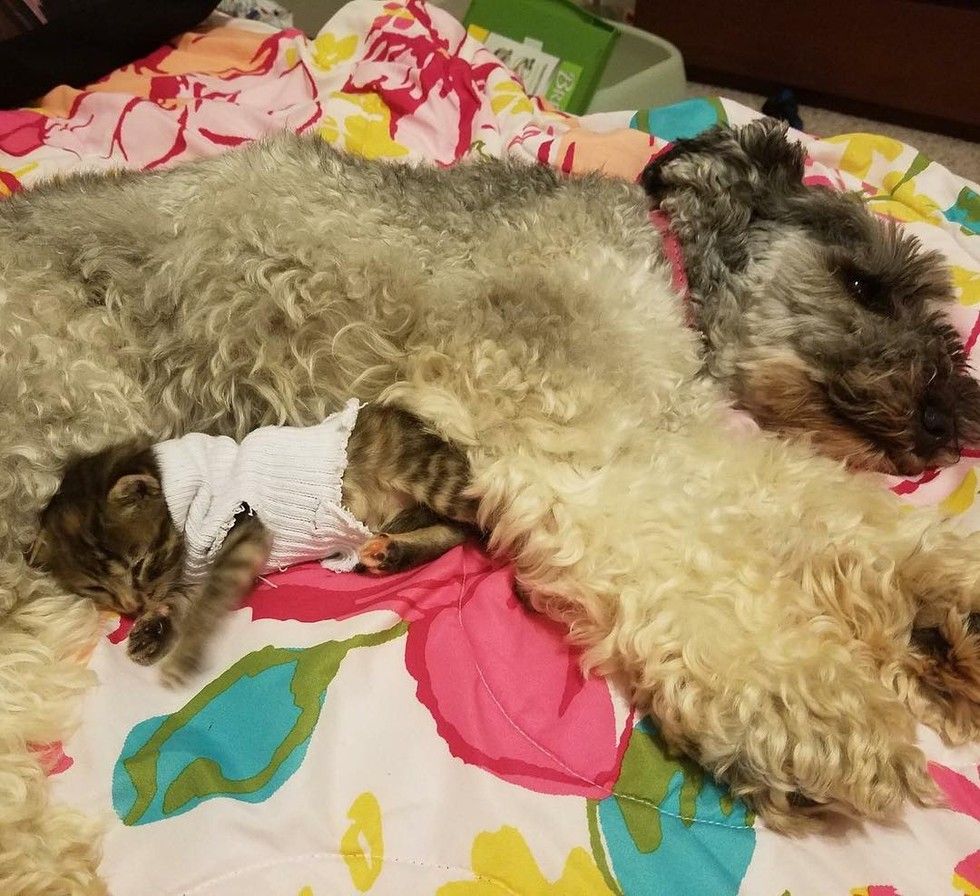 They bottle fed her around the clock and brought her a fluffy toy to cuddle and play with. 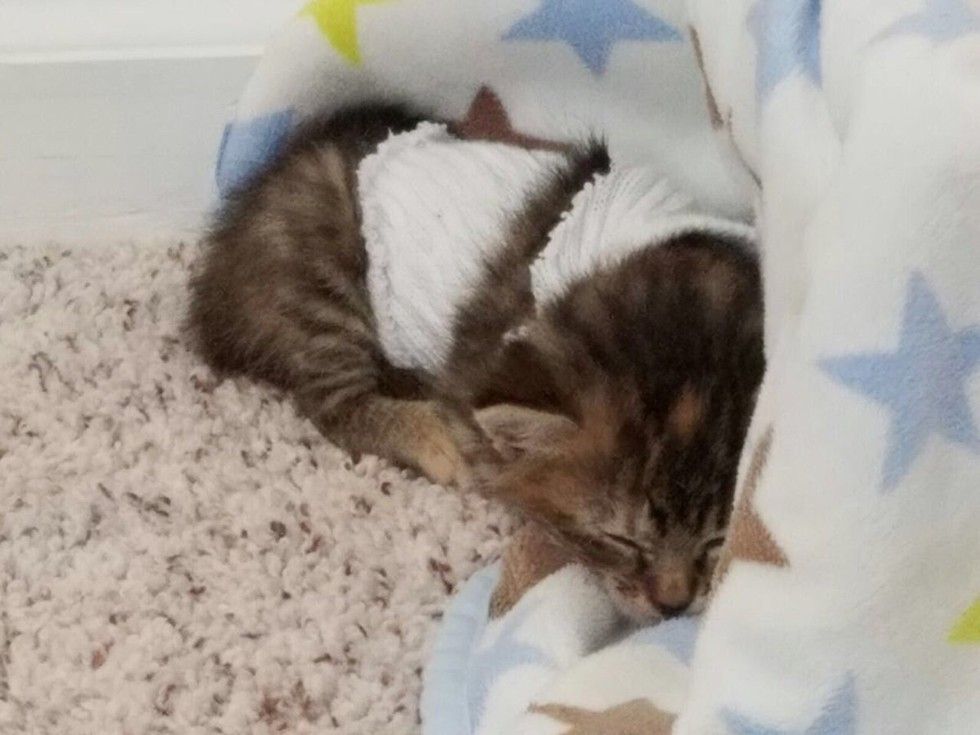 They set up a kitten bed just for her, but little Pipes will nap wherever she pleases.

Pipes was separated from her mother too early, so having a cuddly toy helps provide that comfort which is important for her development. 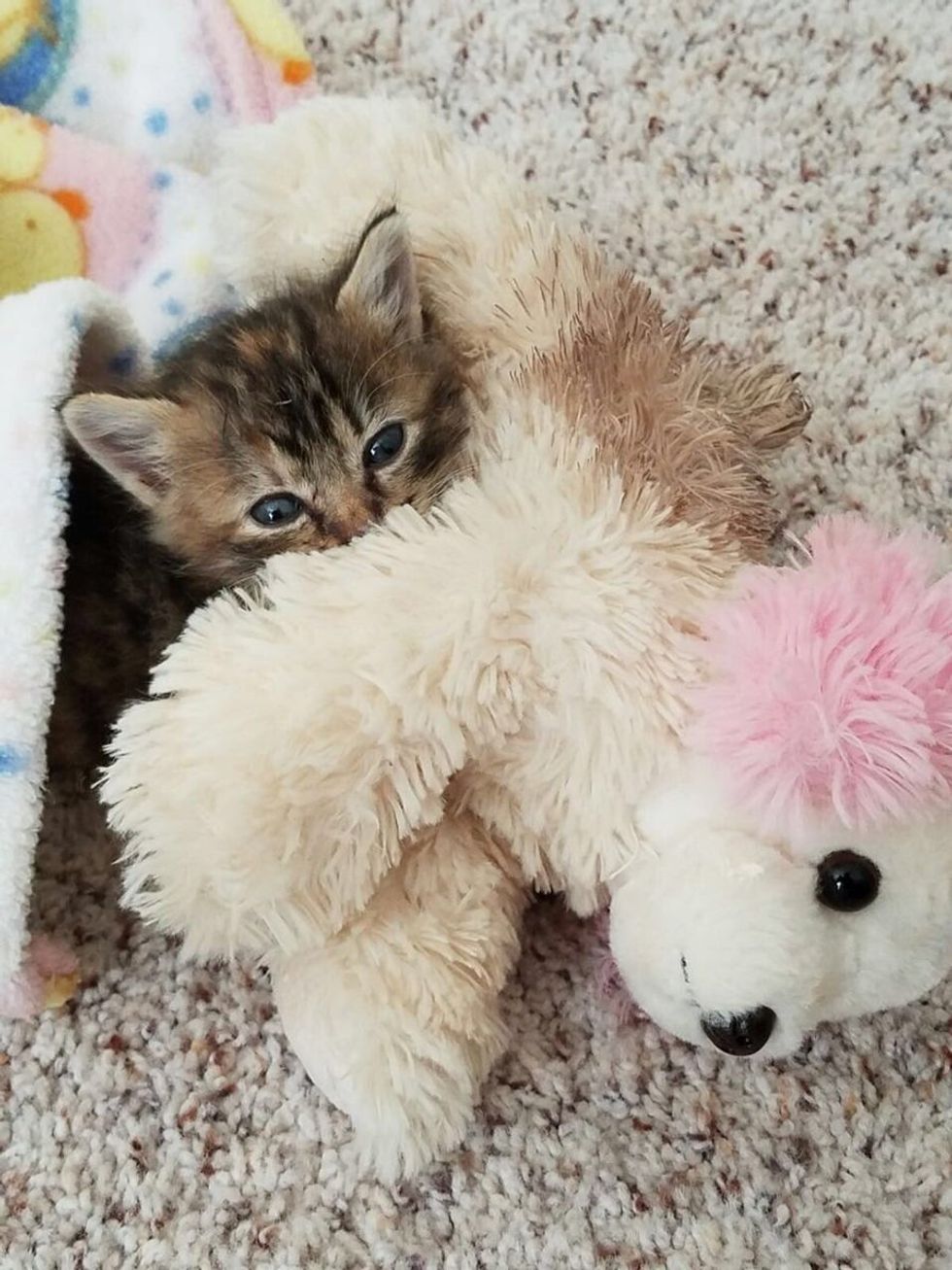 Pipes trying to offer a helping paw on the computer. 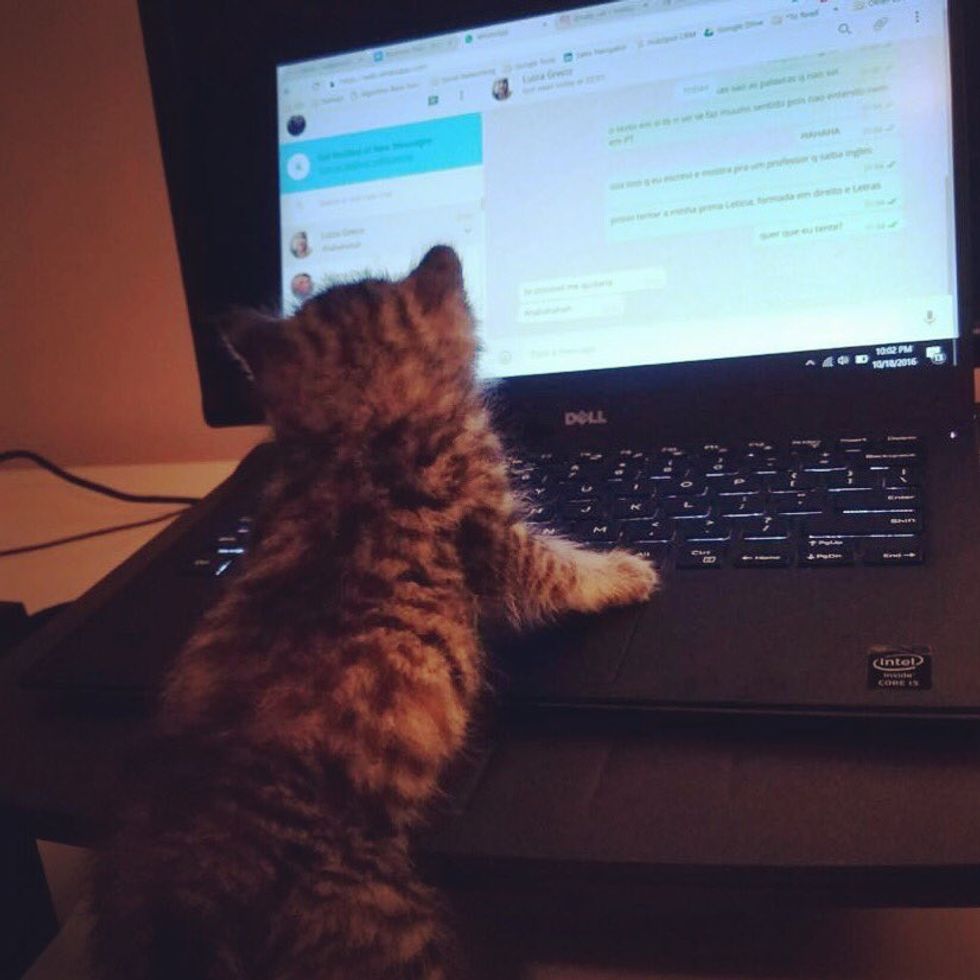 It's been a little more than a week since Pipes came into their lives.

She's growing fast and running around the house like she owns it. 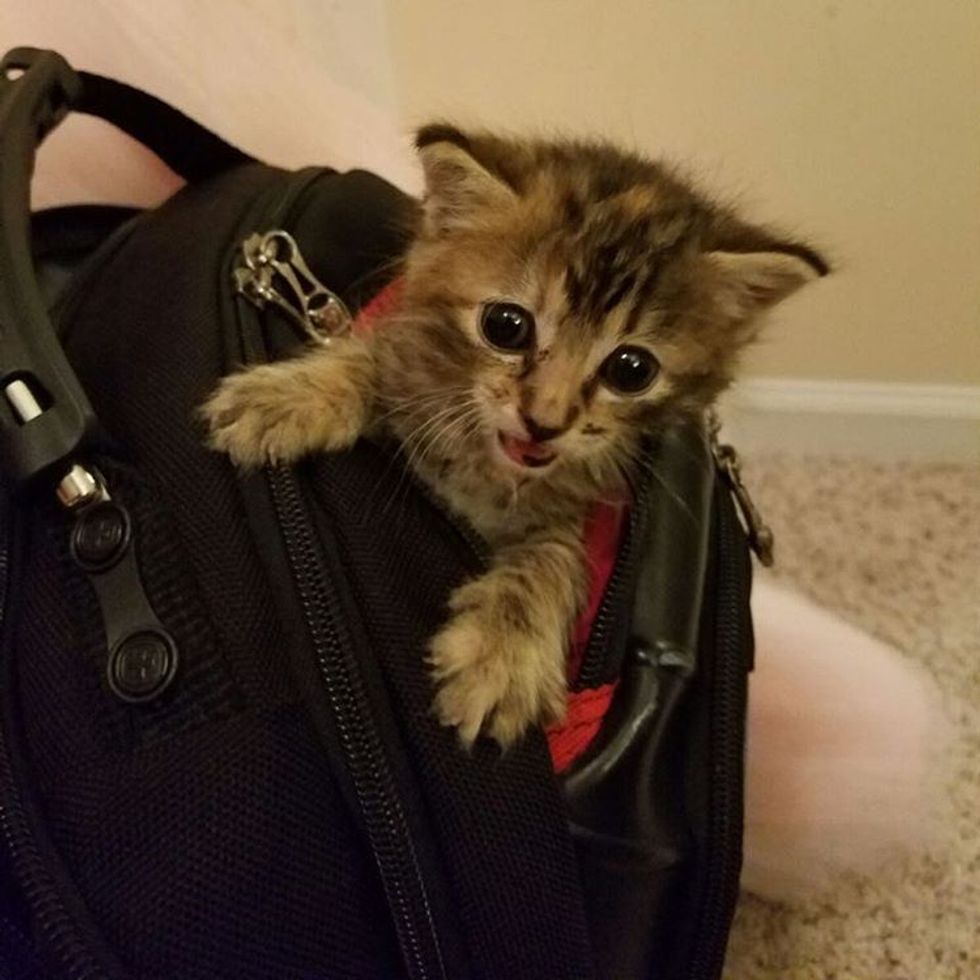 Pipes got a fluffy toy to cuddle with.

Related story: Woman Runs into Storm to Save Soaked Kitten Crawling in the Middle of Street