A volunteer offered a little rescued kitten a foster home, but the kitty had plans of his own. 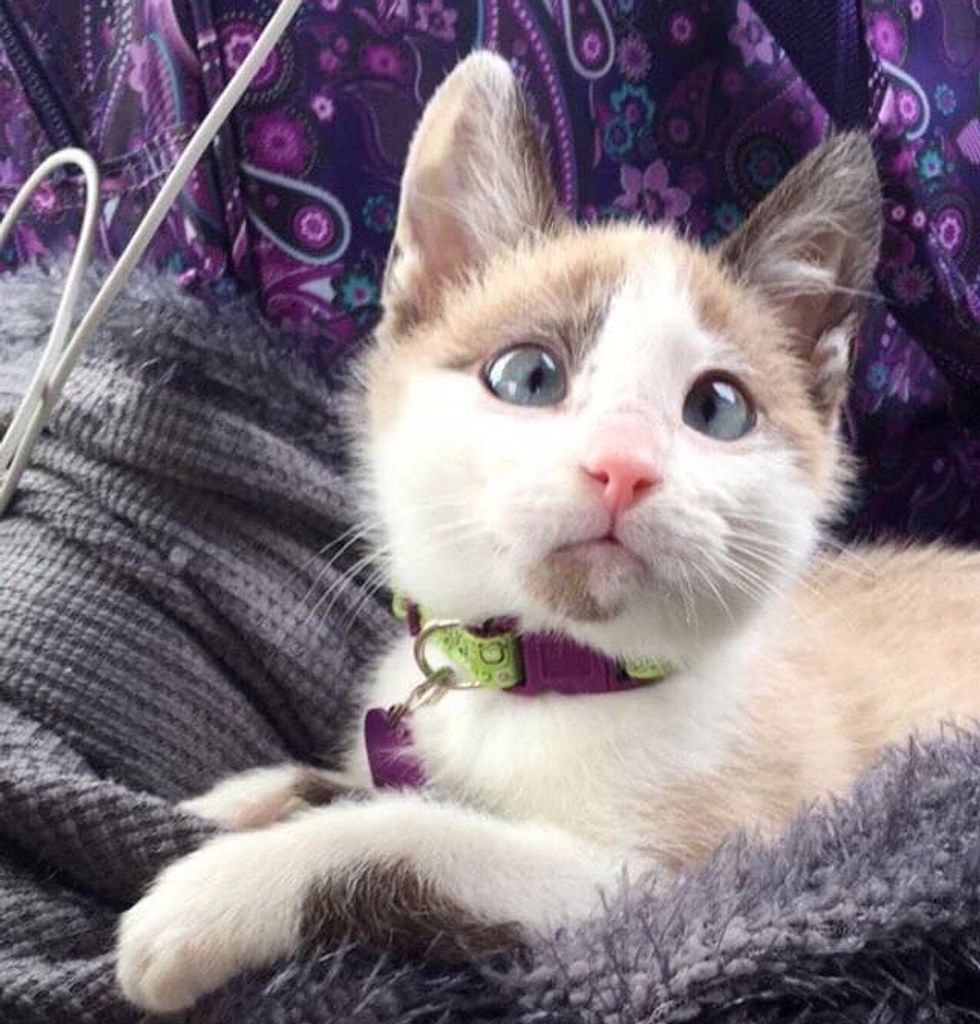 Earlier this year, McComb Animal Shelter in McComb, Mississippi took in a kitten who needed a lot of TLC. A Good Samaritan rescued him from a bad situation when she found him on the street being tossed around by some young people.

Madison VanNess, a volunteer at the shelter, came to visit the little guy when she heard meowing coming from his kennel. As she got closer, he cried even more eagerly, begging for attention and pets.

"I picked him up and he was just purring away in my arms. He climbed onto my shoulders and was rubbing my face. It was love at first sight," Madison told Love Meow. 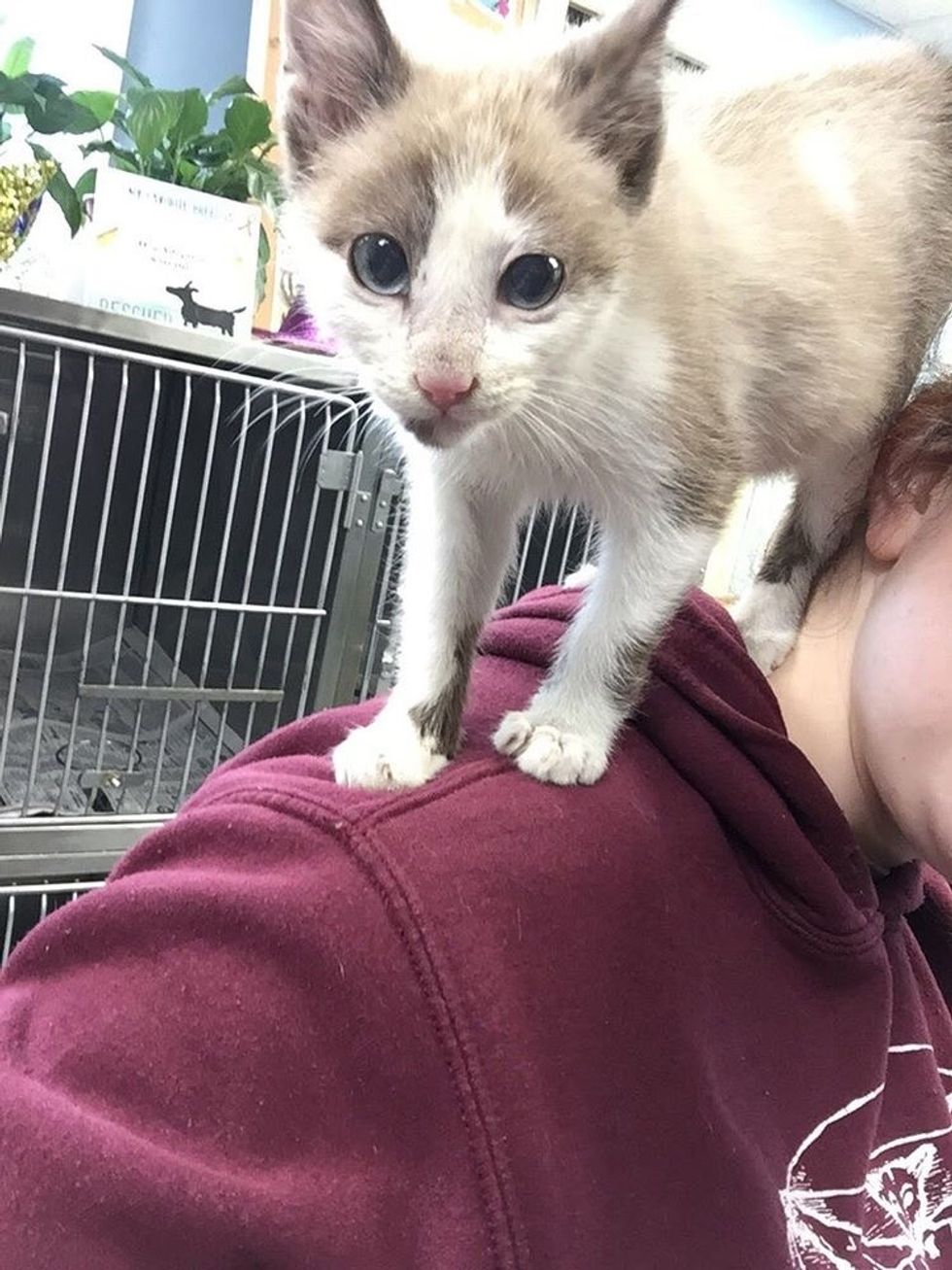 "He was so pitiful and dirty. We kept him at the shelter for a few days to make sure he was in decent health, and then I took him home to foster."

Madison named him Gatsby. Just like her previous fosters, she thought he would stay with her until he was ready for adoption. But the Snowshoe kitty had a different plan. 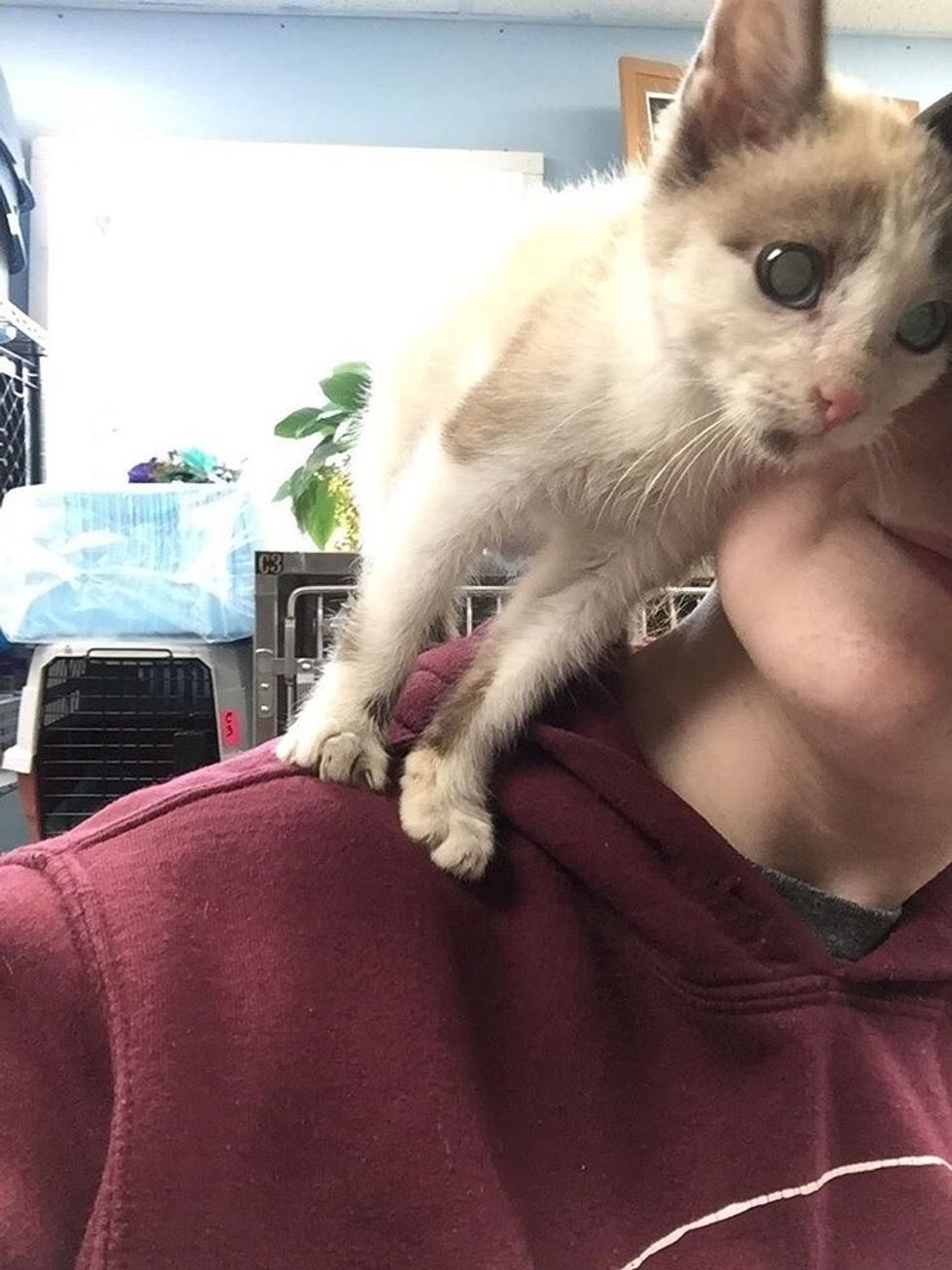 The moment they entered the house, Gatsby instantly made himself at home. He was not afraid of anything and would approach anyone with confidence.

"He curled up in a ball with my dachshunds and fell asleep. Neither of my cats I own intimidated him. He ran around the house like a maniac and curled up in my arms when he was calm," Madison said.

"I've fostered many kitties before, but none adapted as quickly as Gatsby." 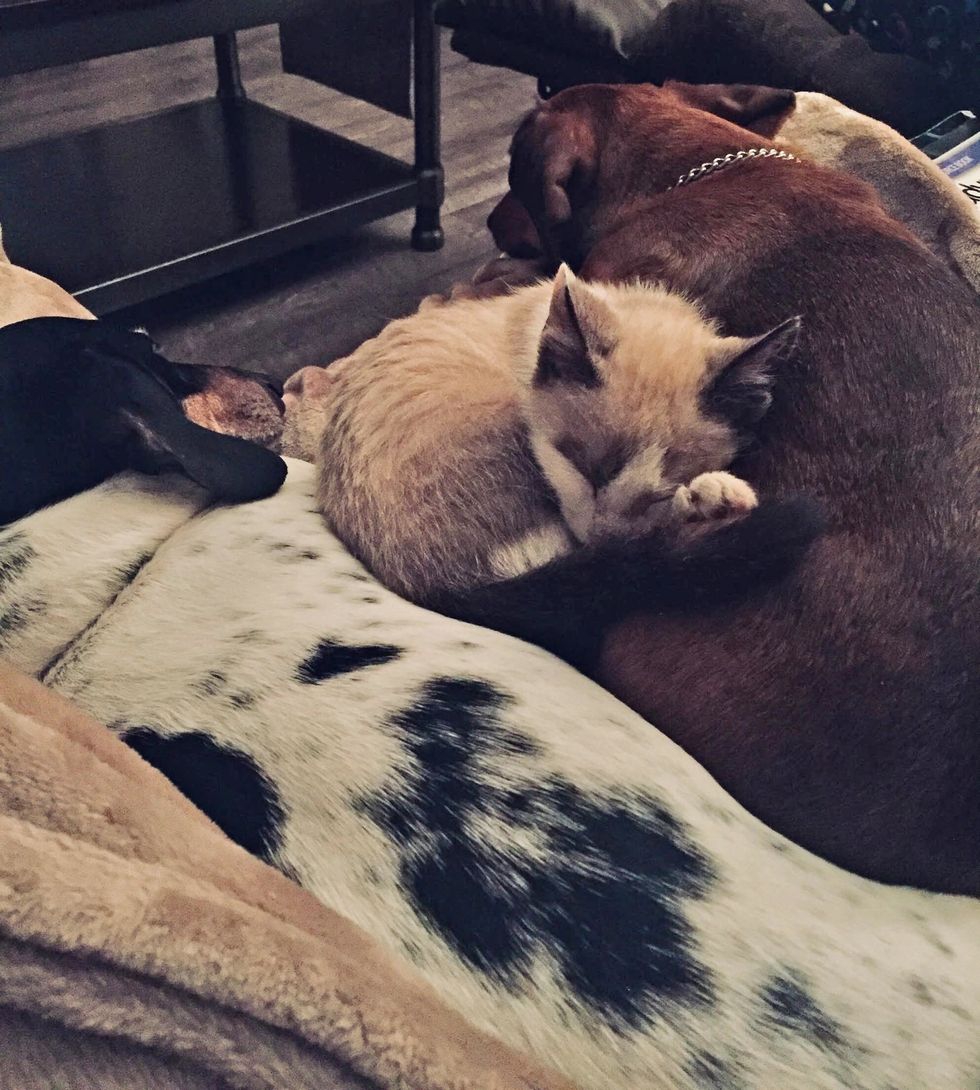 Gatsby is quite the character. He loves to speak his mind and insists on making himself heard every time he wants something.

"He's super vocal. He craves attention from everyone and makes friends easily." 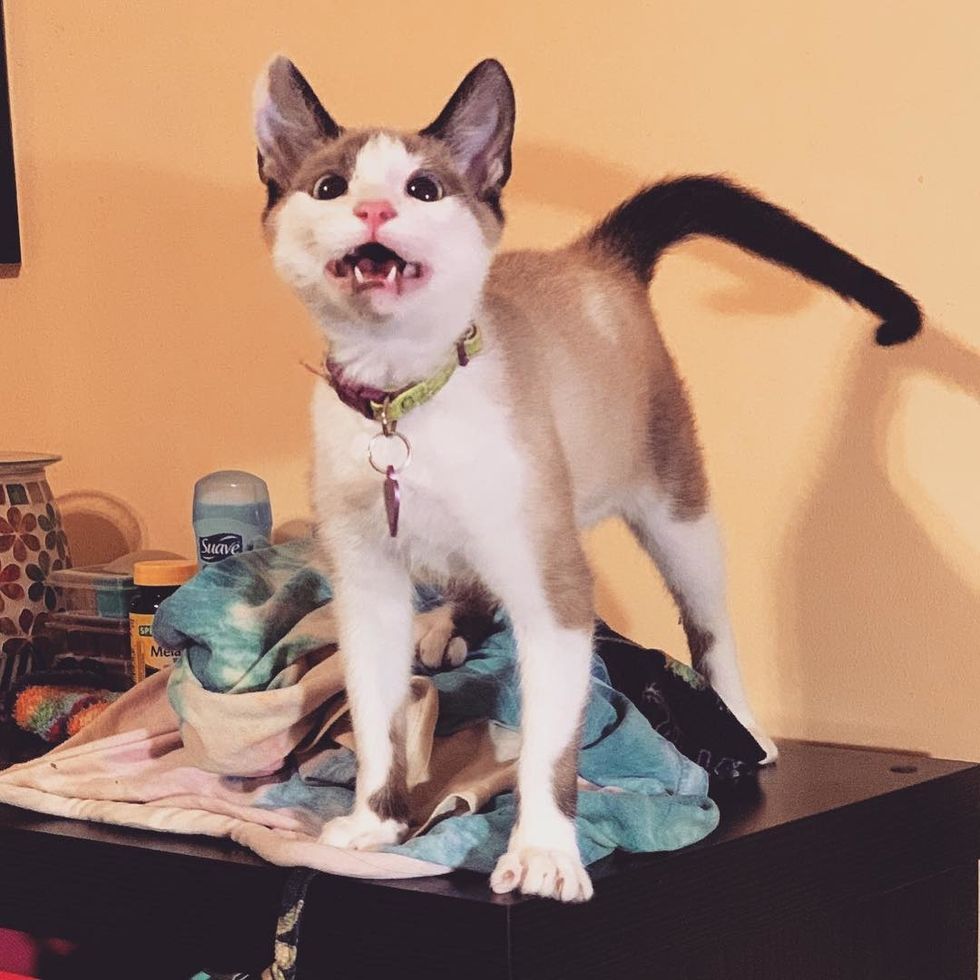 "He loves snuggling right up next to your face and receiving lots of pets and scratches behind the ears. He wrestles with our female dachshund, Willow, and will follow our male dachshund, Oreo, around the house."

Watch Gatsby's journey and hear his meow in this video:

"He's a typical kitten, running around, jumping on the counters and refrigerator, begging for food. But he's so mischievous too," Madison added.

"He gets into our cabinets, grabs entire packages of crackers and other things in his mouth and takes off running with them!" 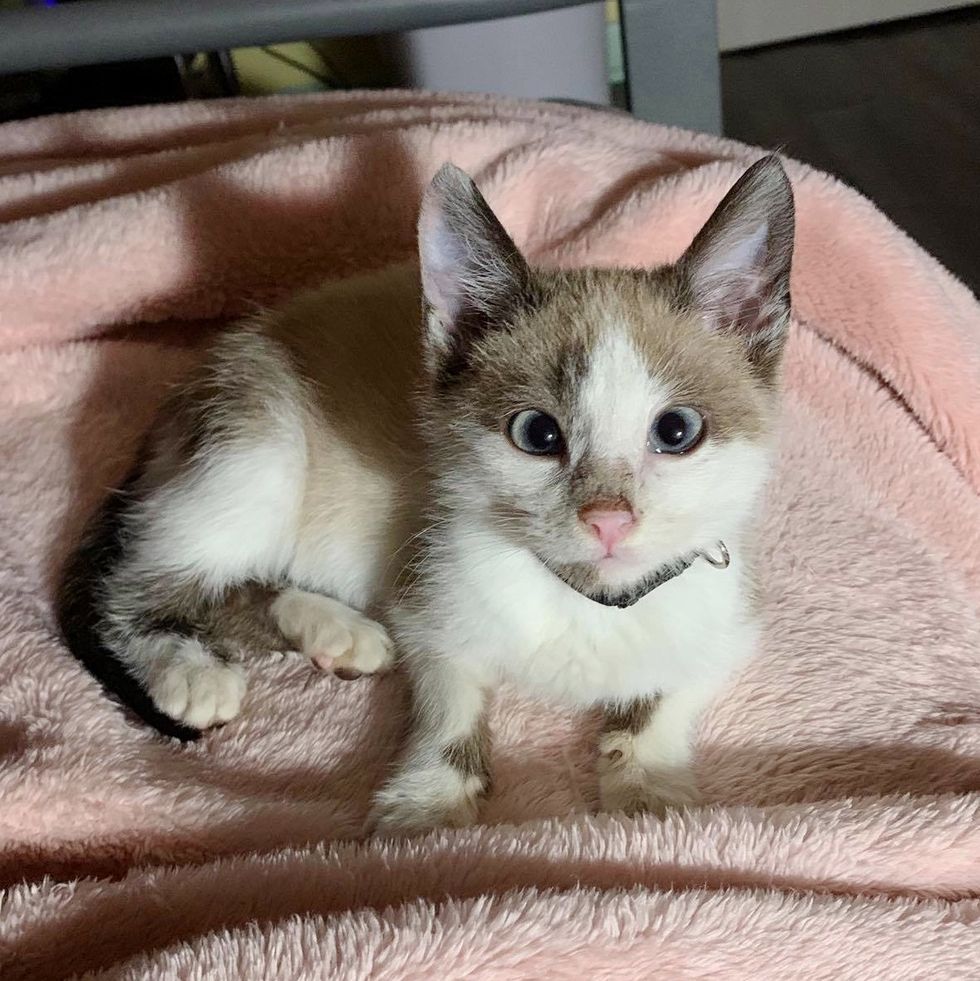 Gatsby even tried to win over their cat Peach, who isn't particularly fond of kittens, and befriended Yoshi, another resident cat. The two just hit it off.

"As the days passed, he won my heart over even more. When he hit the two pound mark to get fixed, I brought him back to the shelter and told myself that if my home felt weird without him there, I'd adopt him," Madison told Love Meow. 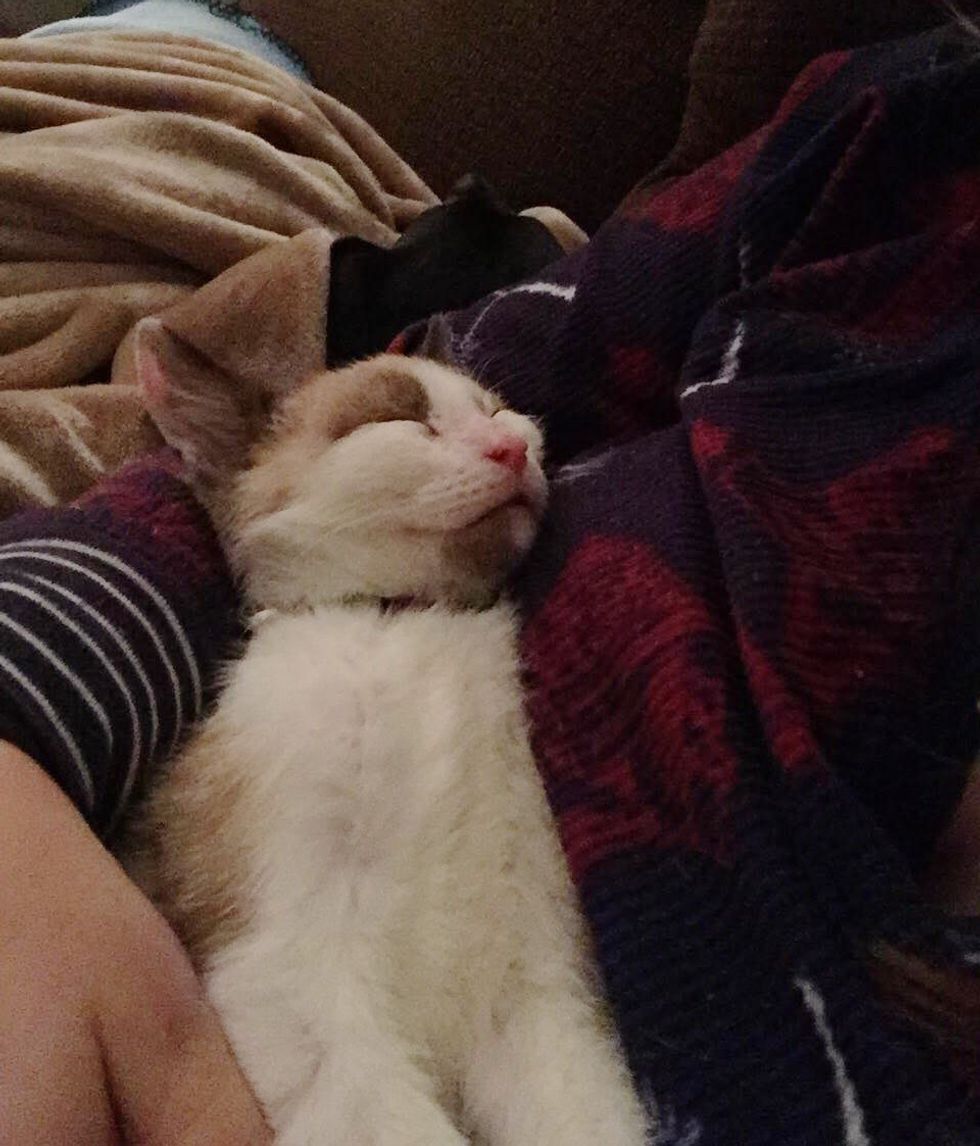 "And boy, did it feel awkward! There wasn't any kitty around screaming at me constantly or trying to nuzzle my face with every passing second."

The following Friday, Madison filled out the paperwork, took the adoption picture and officially made little Gatsby a permanent part of her family. 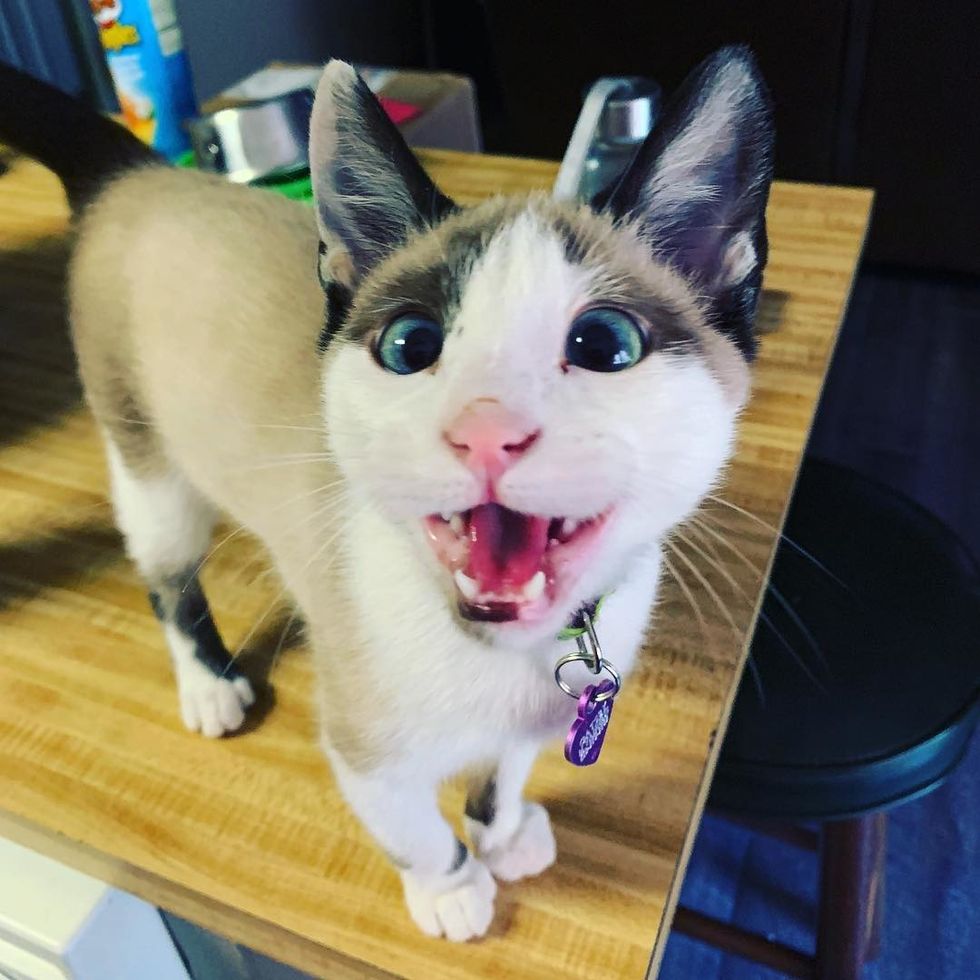 "Madison volunteered with us for over one year and has fallen in love and fostered so many animals but Gatsby won her heart," McComb Shelter said.

Gatsby left the shelter that afternoon with his now forever humans. They brought him back to the house where he belongs. 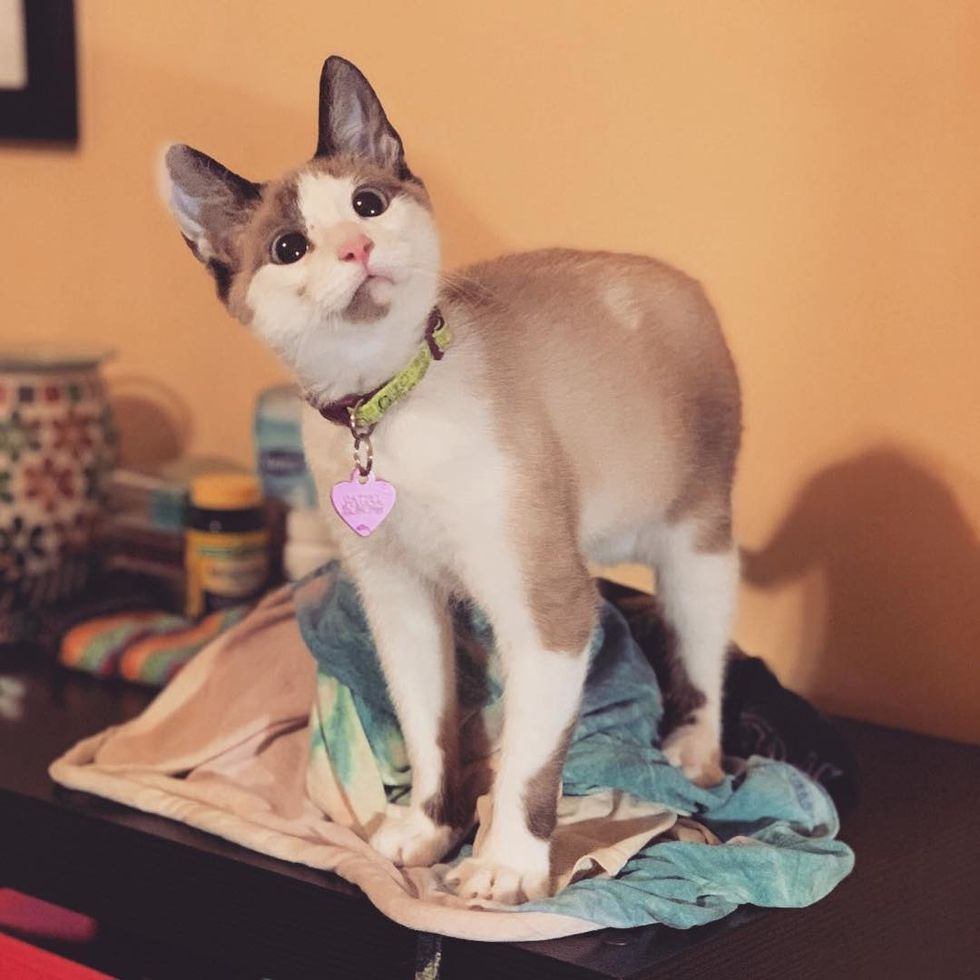 "He's made us so happy. We love him so very much and I can't imagine not having his little self around!" 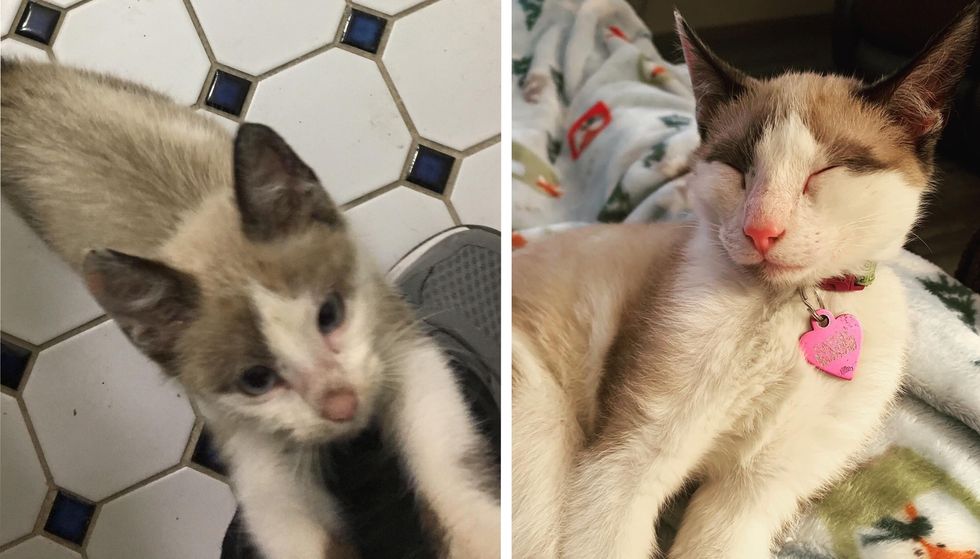 Related story: Kitten is Determined to Get Adopted After Having Gone Through 3 Foster Homes