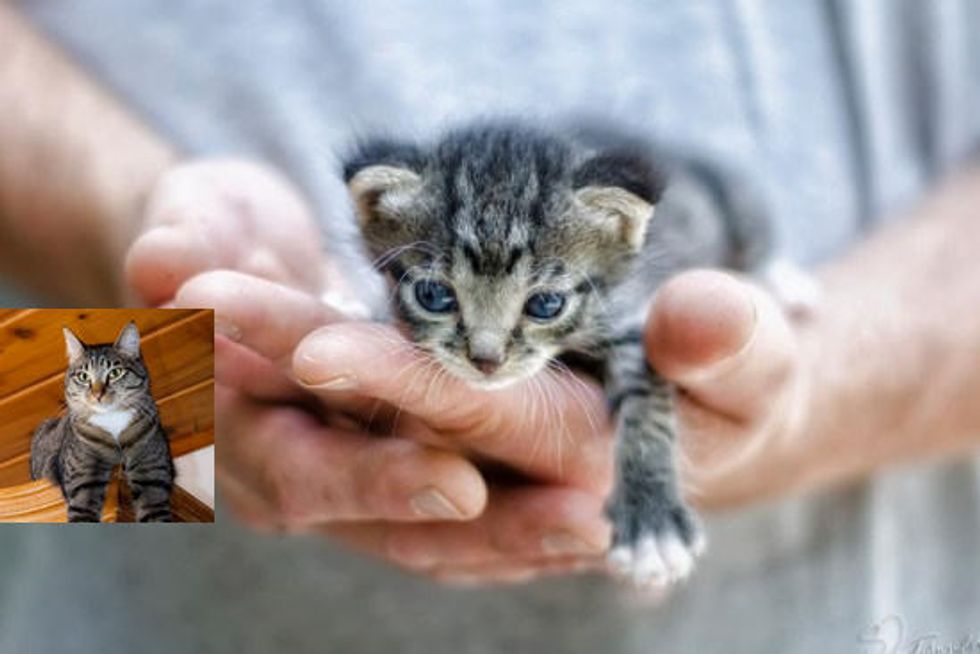 A tiny kitten was trapped after wandering into a pile of old wood and cobwebs.

Scott Allan walked outside one morning and heard what it sounded like a bird or squirrel. "(I) traced the sound to our side yard, and there he was, trapped in a junk pile of old wood and cobwebs. He wouldn’t come to my call and any attempt to get my arm in there just made him back up and disappear. Soooo long story short, the shed is now without siding as that was the only way to get to him," Allan wrote via Facebook.

The kitten was under 0.5 pounds and was barely 3-weeks old according to the vet. They named him Thunder and he began to thrive.

A 3 week old kitten found himself trapped in a pile of old wood and cowebs, crying for help.

In order to get him out, Scott Allan removed the siding of the shed. Here's the kitten snuggling with his human. They named him Thunder.

In no time, he had already claimed his human's computer.

...and became his good friend.

This is Thunder just 3 weeks old.

Now all grown up, he's the king of his world.