A man was out fishing by the lake when a tiny ball of fur scampered up to him, asking for attention.

Who could possibly say no to that face? 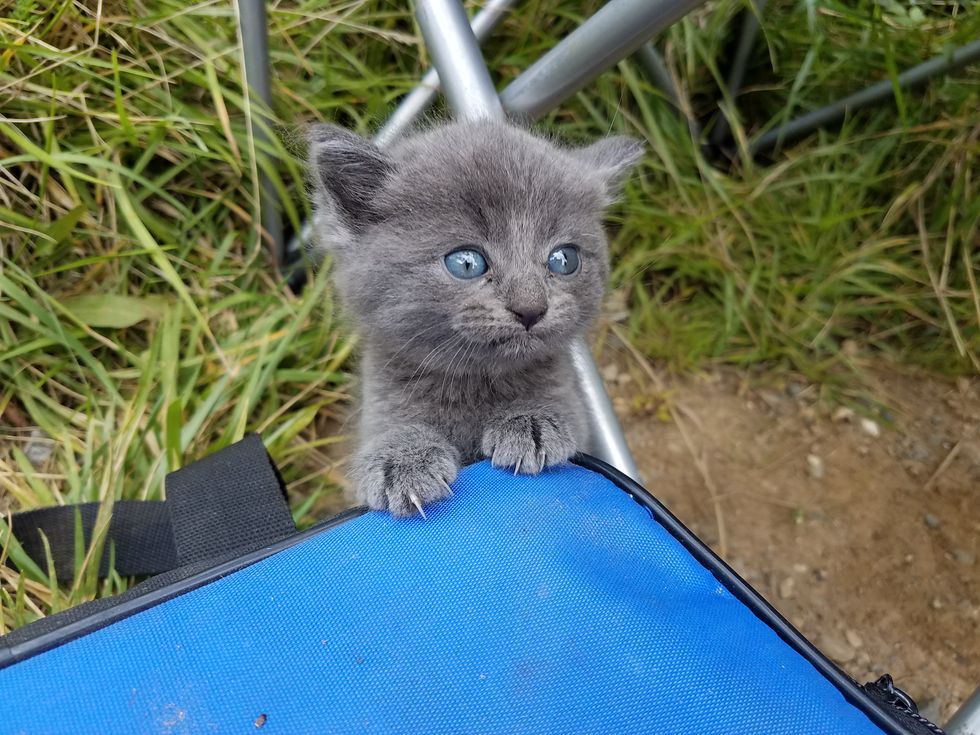 Jason was very surprised when the kitten trotted up to him meowing for help. The little fluff ball tried to climb his bag, demanding attention.

"She walked up to me and a friend as we were fishing. She tried to cross a two lane rural highway to the other side of the street where we were," Jason told Love Meow.

Later they found another kitten who appeared to be her sibling. They suspected that they were abandoned. "(They were) too young to be separated from the mother."

They couldn't leave the kittens there so scooped them up and headed home. 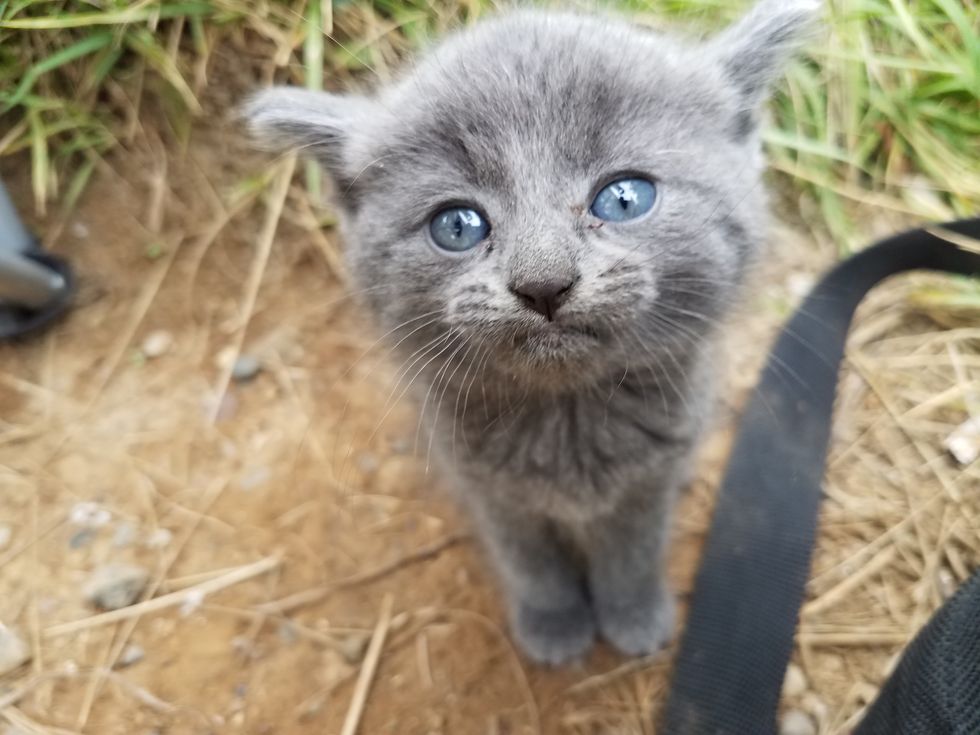 Two kittens found their way to their human friends.

The gray kitten took a liking to Jason and followed him around like a duckling. Jason took her home and another family offered to adopt her sibling.

As soon as he picked up the kitten, the little fur baby nuzzled into his arms and wouldn't let go.

She clung to her rescuer for cuddles, making up for lost affection. 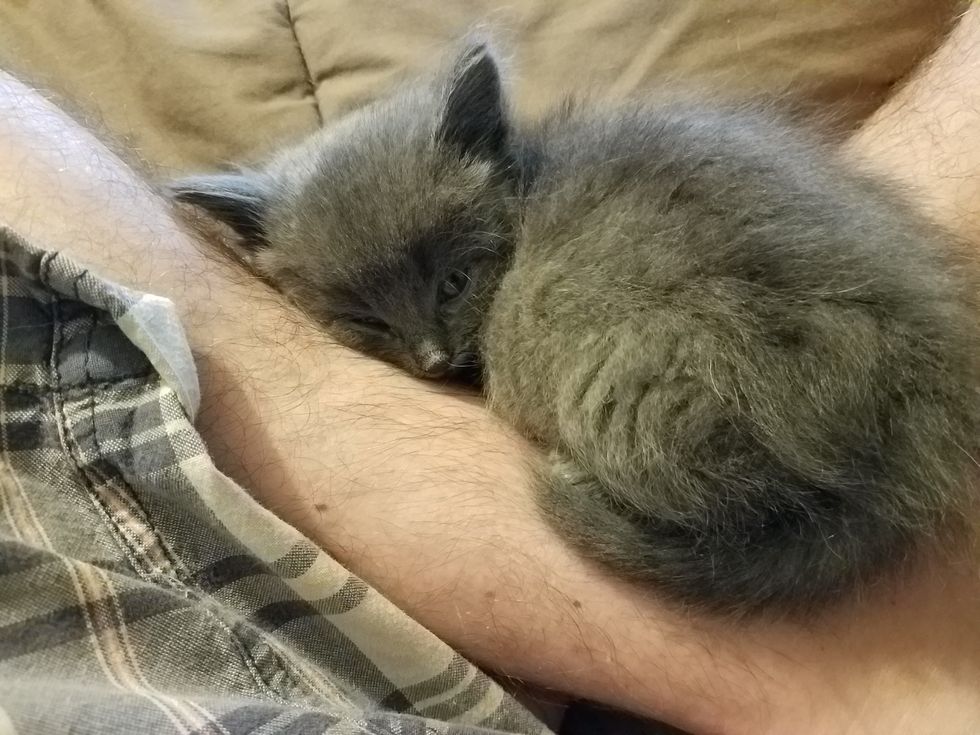 At home the kitten was so thankful to have someone to care for her that she didn't complain while getting a bath.

"She's doing great now, eating like a champ, already doing well with cat litter, and we've de-flea'd her as best we can because she's so young and tiny there aren't any anti flea meds we can safely use," Jason told Love Meow. 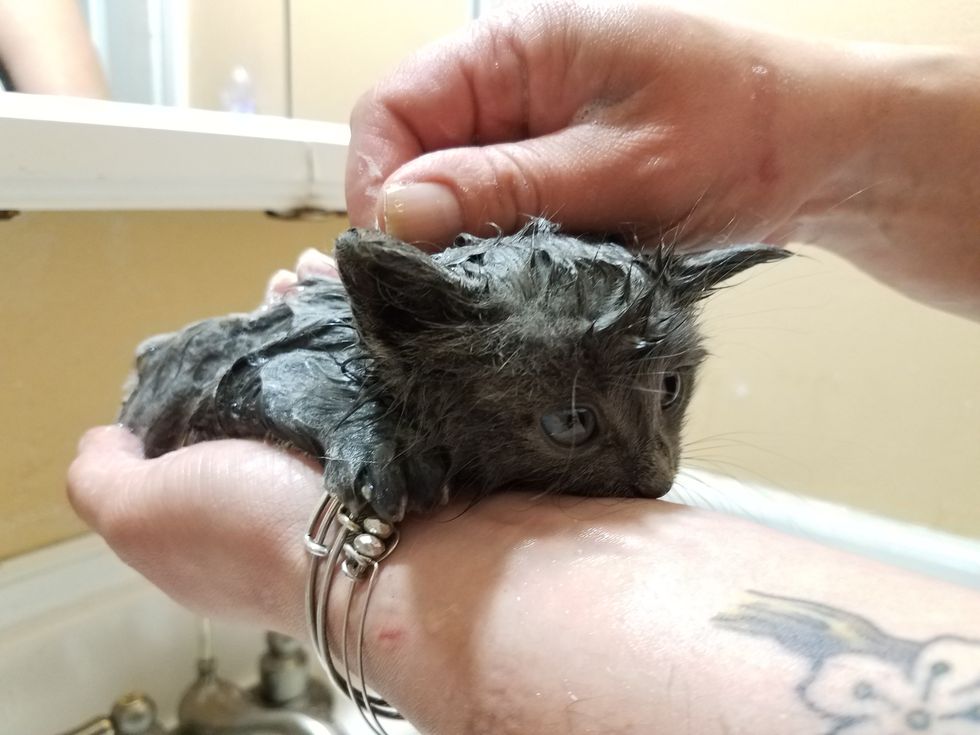 "After 24 hours with no other takers my wife and I decided to take her in." 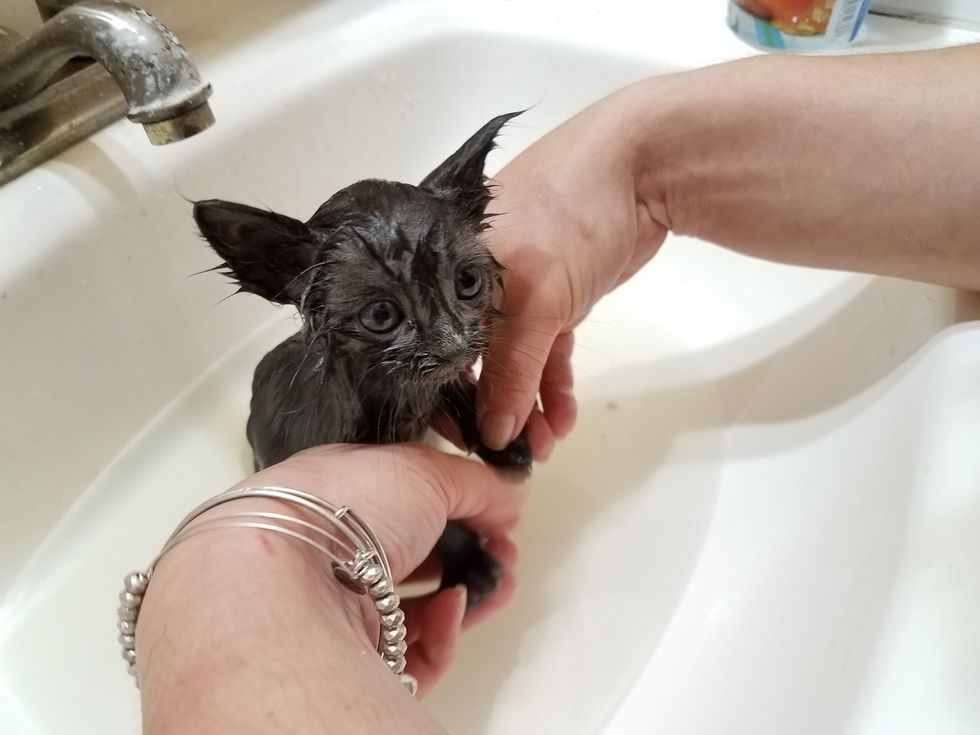 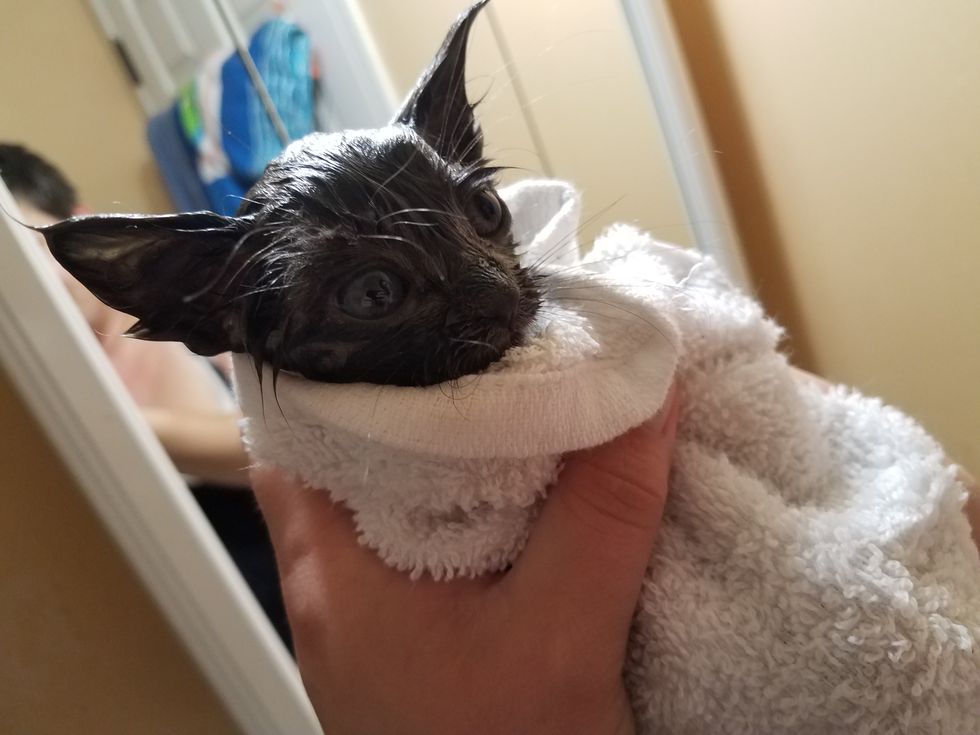 The man didn't catch much fish that day but he came home with a kitten he saved :). 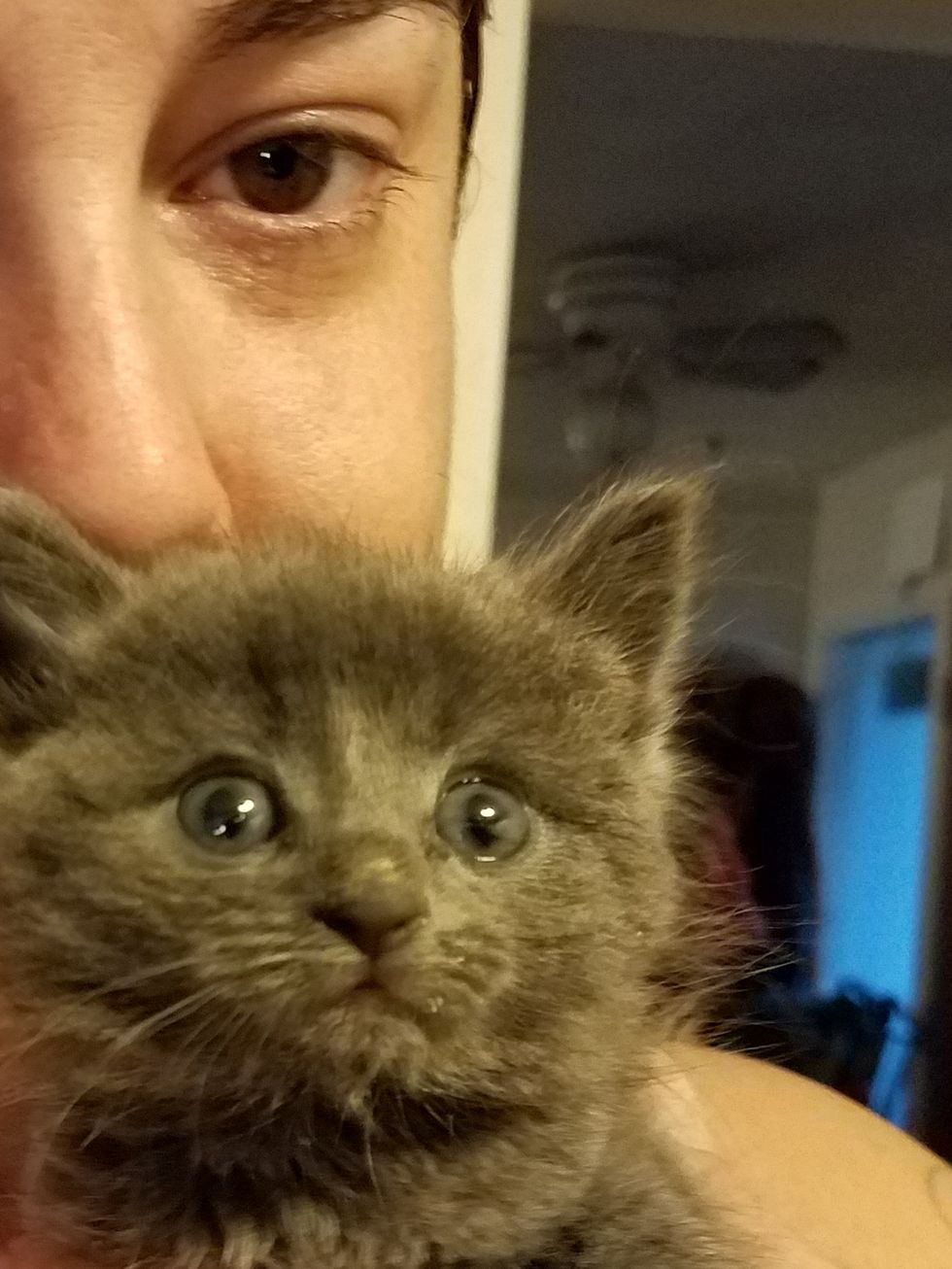