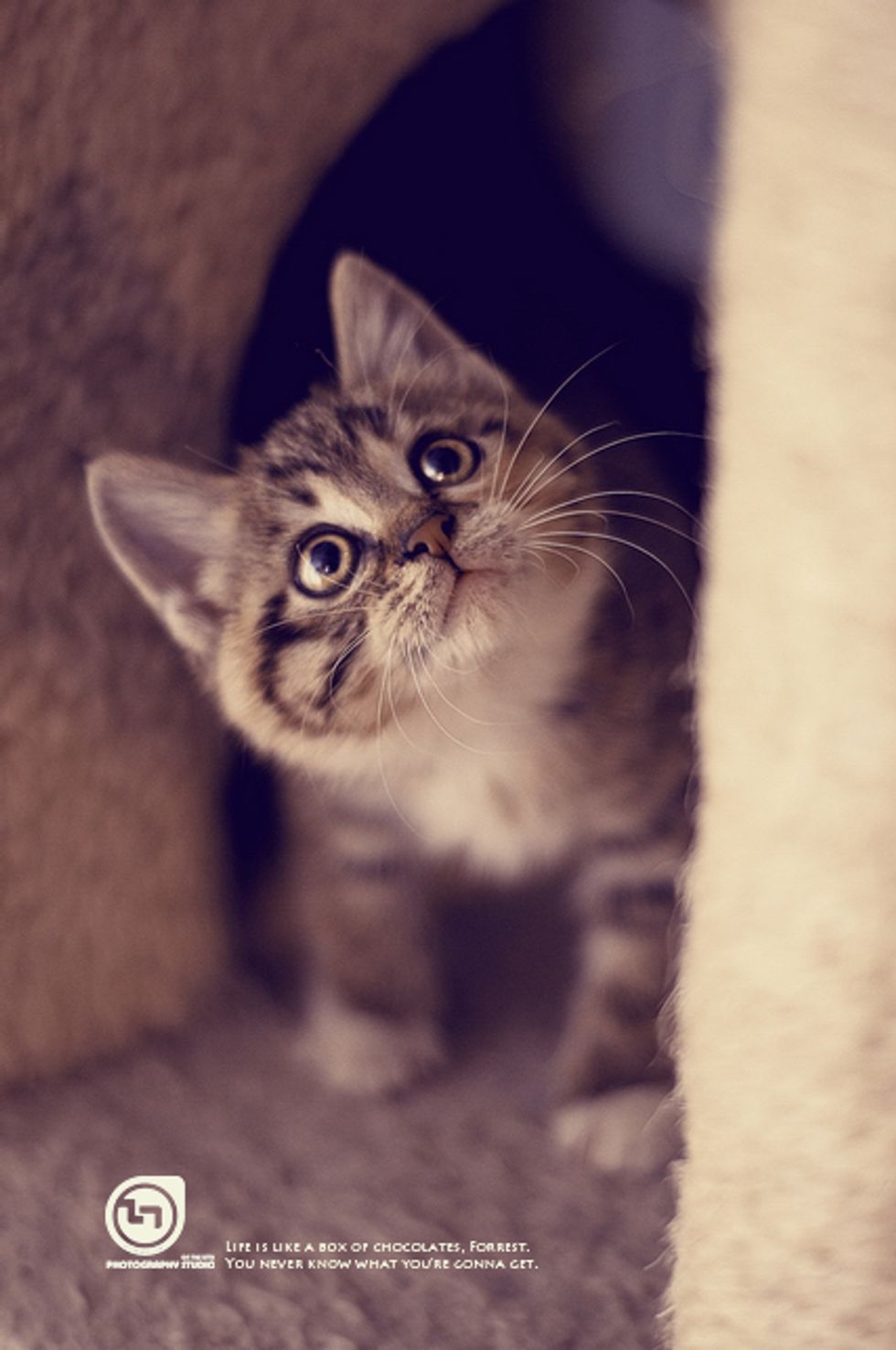 Kitten Who Never Gave Up On Life

This is a very touching story about an abandoned kitten who was separated from her litter and left alone for several days, but eventually found a home that she is so thankful for. You might need some tissues for this one.

Written by Furball's daddy nicknamed ©Photo27 from Nanking, China (translated by Amy B.)

Her name is Furball. When I first took photos of her, she was only a little over one month old. It was on April 11, 2010.

She was found along with three other kittens from the same litter. Someone adopted her siblings, but left her there by herself because she was very sick. When I met her the first day, she was having digestive tract problems. For a kitten, if she didn't get treated, her survival rate was very slim.

I learned that Furball was alone by herself on the street for several days. A neighbor who had never had a cat, saw her and was heart broken by what the little kitten had to endure. Even though she thought Furball might not make it, she gave her some food scraps, hoping she would feel a bit better.

Furball wanted to live so badly even though food scraps and rain water were all she got.

When I saw her, she was trying everything she had got to clean the dirt off her legs, but she was so feeble that she was staggering and fell into the mud. I reached out my hand to pet her on the back of her head. She was startled. She had never been touched by anyone since she was separated from her mother. When she realized that I meant good, she looked at me with hope and wish to live.

I had to bring her home with me. I gave her proper medication, a nice bath and cleaned up her feet. She was very sweet the whole time, letting me do my work to help her. She knew I rescued her. Even though the medicine was so bitter and hard to swallow, she did not struggle and just made a very faint groan when she tasted it. She did not whine or fuss about anything.

I made her a bed, she immediately jump into it. I gave her food and water, she went crazy over it.

From that point on, she knew she would live.

Today Furball is a healthy, happy kitty. She is growing very fast and having so much fun playing in the house with me everyday. She is the most precious gift in my life.

©Photo27 has several cats in his home, all adopted. He is a professional photographer who happens to love and adore cats.