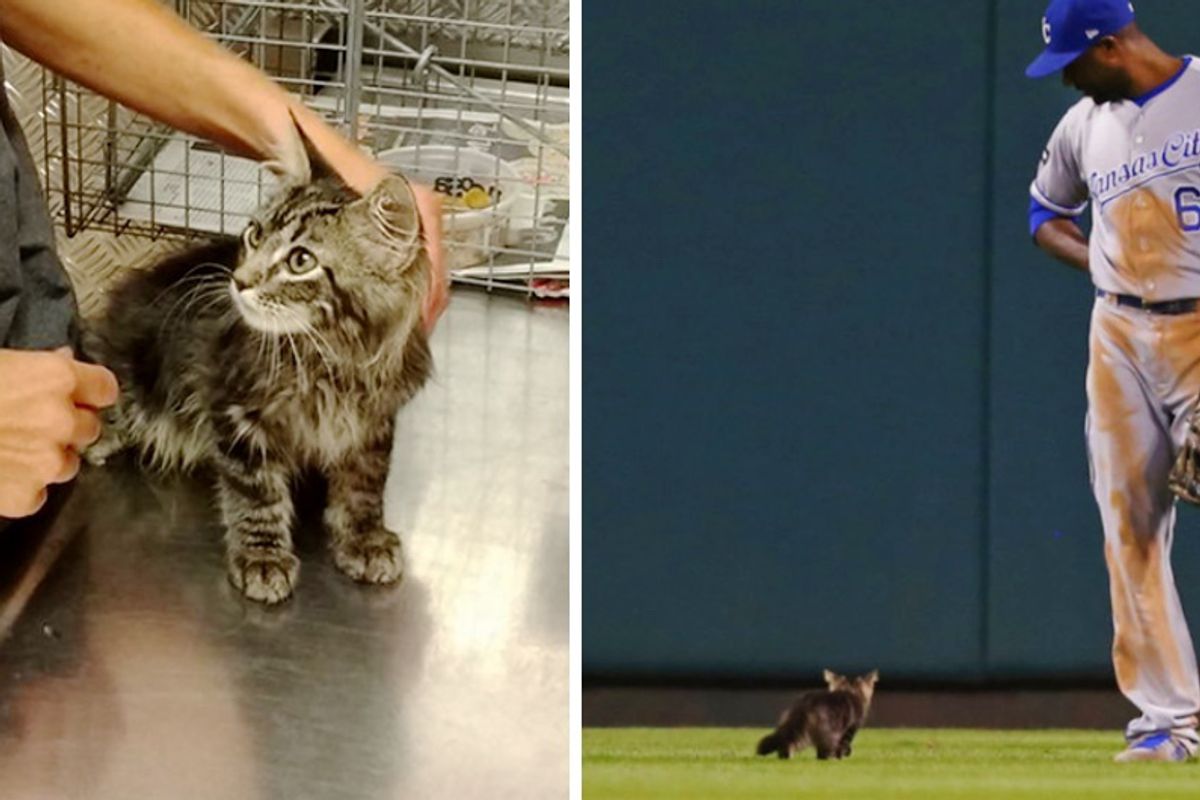 Kitten Who Surprised Baseball Players During Game Is Found with Updates and Photos!

An elusive cat who made quite a debut into a Major League Baseball game on August 10, was found!

The ball of fluff totally stole the spotlight. 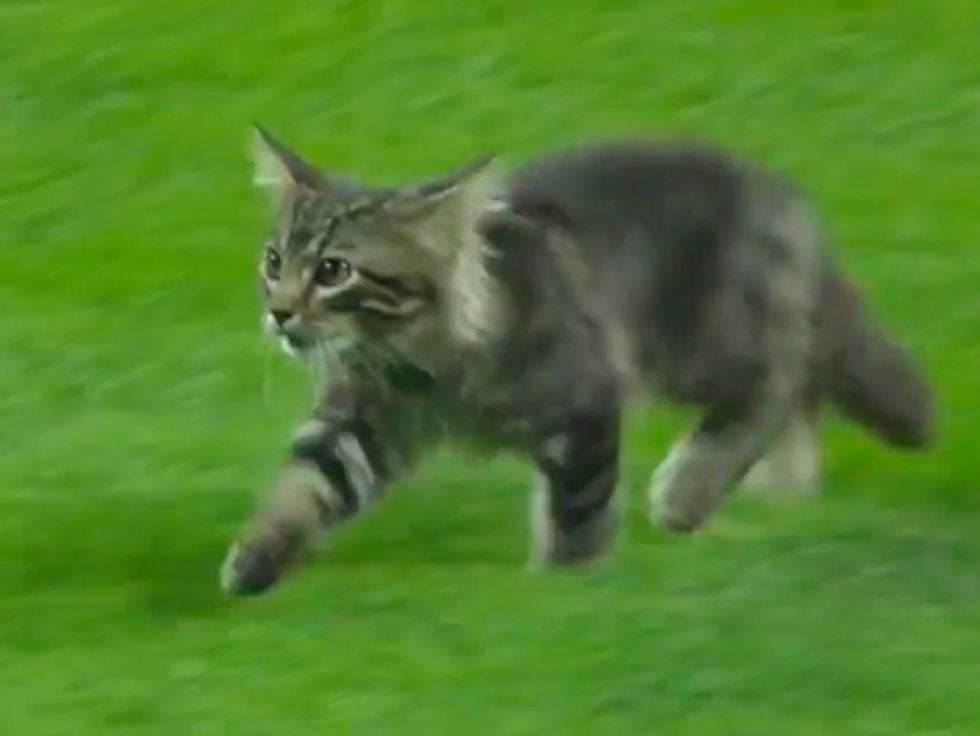 [Scroll down for latest updates]

As the game was heating up at Busch Stadium between the St. Louis Cardinals and Kansas City Royals, one of the players suddenly pointed at a tiny ball of fur flying across the field.

Soon everyone realized that a little feline was making his way to the outfield. As he was scampering closer to the center fielder, Lorenzo Cain, he exchanged eye contact with the player and then quickly ran off towards the stands.

The crowd exploded as they were surprised and entertained by the unexpected interruption. 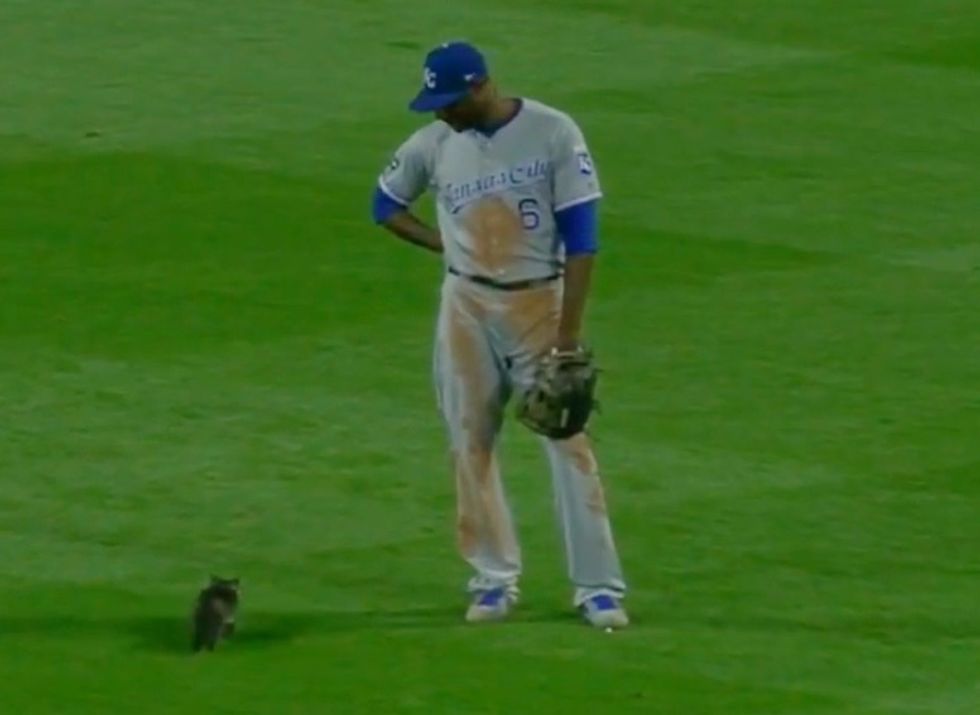 One of the stadium employees, Lucas Hackmann, quickly rushed to the kitty in an attempt to catch him.

He grabbed the kitten but the rambunctious little guy was not pleased with leaving the outfield and protested against him the feline way. 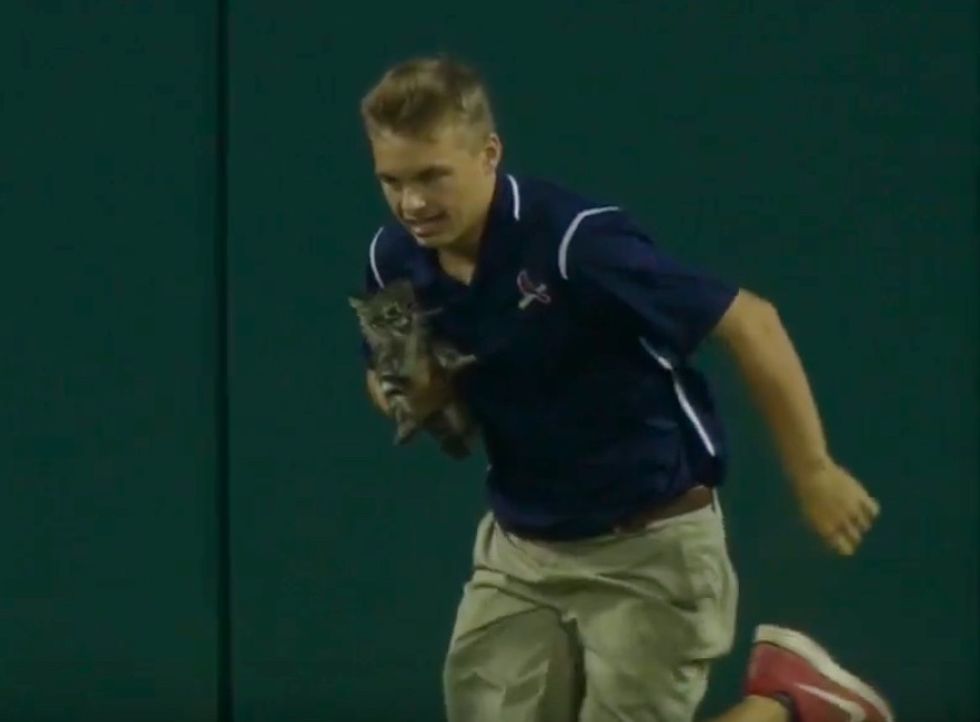 Lucas retrieved the cat but did suffer from a few scratches and bites. "I guess I am supposed to grab him by the scruff of the neck, but I didn't have my cat training before so I learned my lesson," Lucas told Fox Sports Midwest.

The Cardinals eventually triumphed in the game, and the fans attributed it to the kitty who brought them luck.

They named him "Rally Cat".

The kitty somehow got away from the staff and disappeared quickly after that.

Many people began inquiring about the whereabouts of the cat, and a volunteer organization St. Louis Feral Cat Outreach sprang into action to help find the kitty. 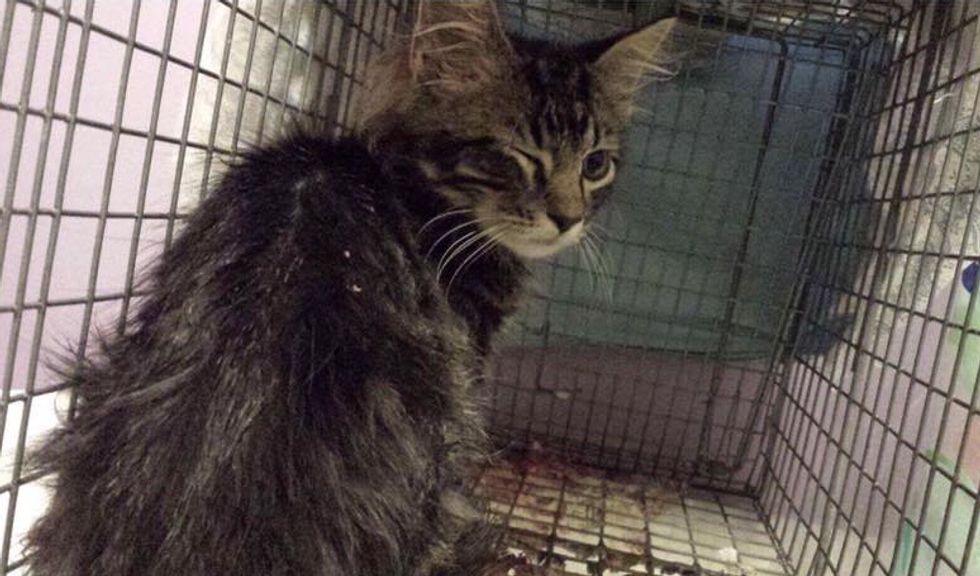 They set out traps in the area where the cat was last seen. After many hours of hard work, they got him!

"Petriece was the first to spot Rally Cat, which gave us hope we'd find him. And Amy was the one to make the actual catch," the rescue said. 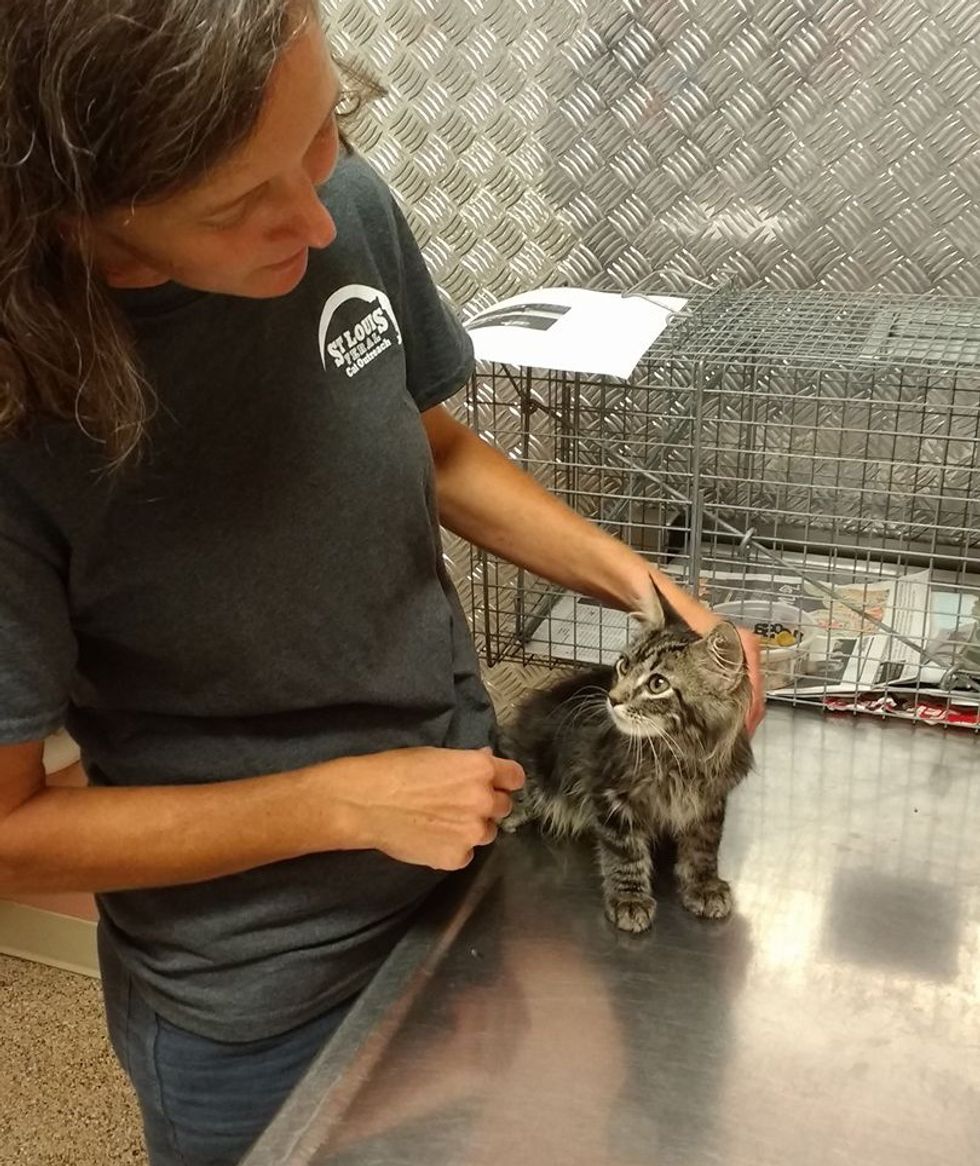 After a trip to the vet, they confirmed that the brown tabby they found was Rally Cat.

"We are confident he is the right cat because of the bands on his legs and the bullseye on his back." 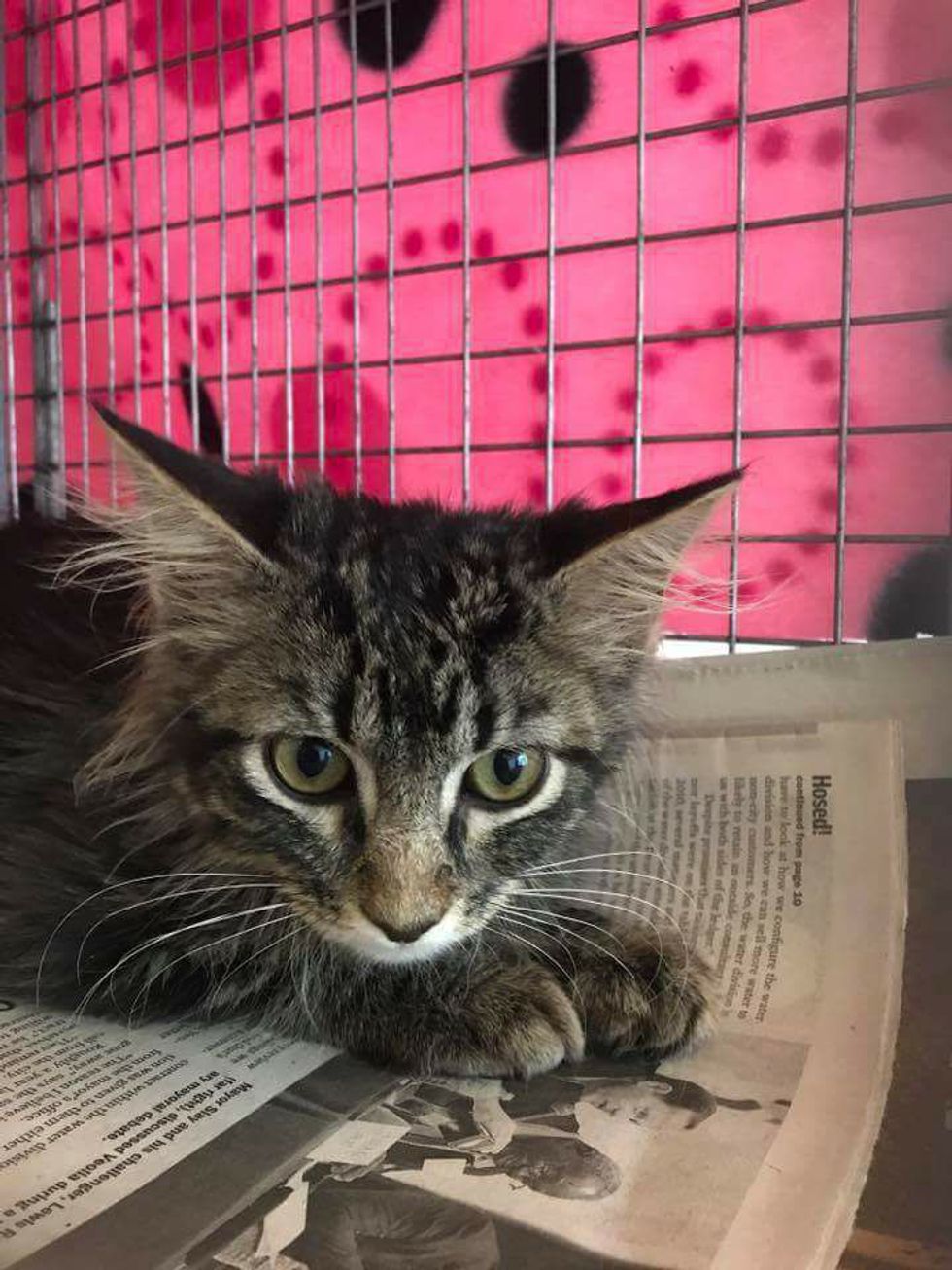 The 12-week-old kitten was given a clean bill of health. 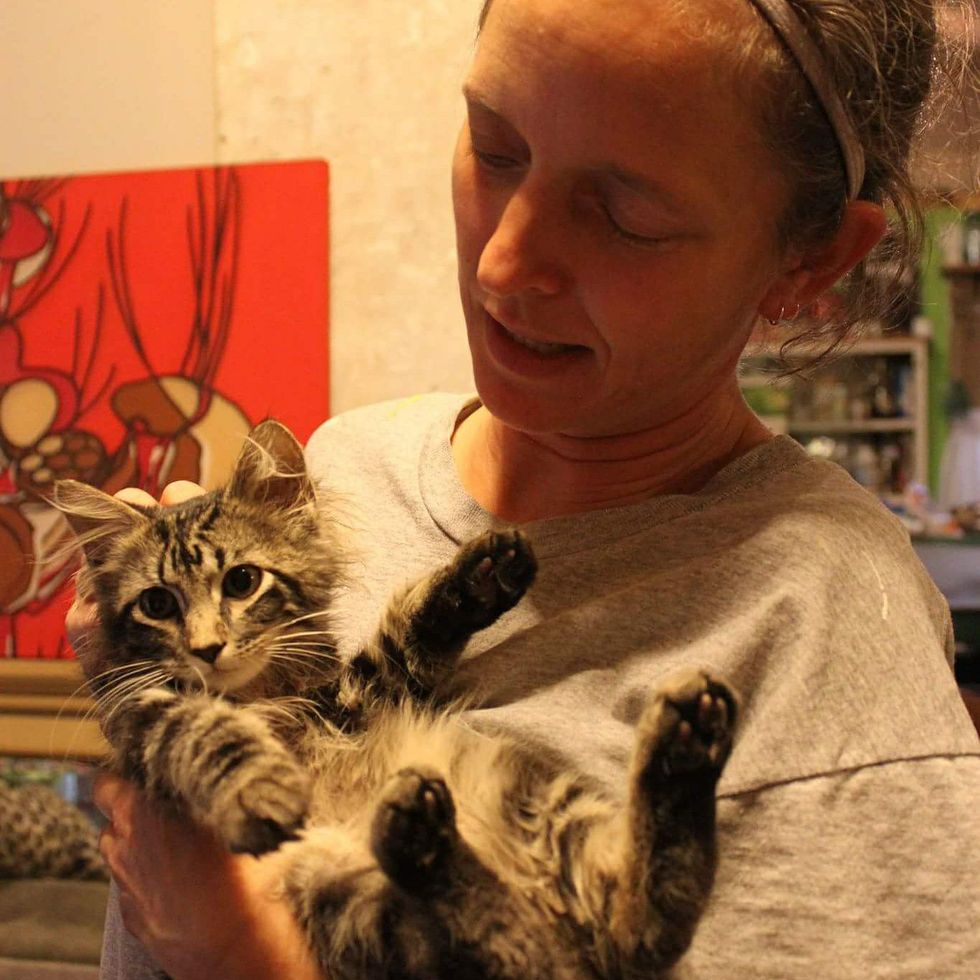 The kitty is now in the care of St. Louis Feral Cat Outreach and has come to enjoy cuddles with his human friends. 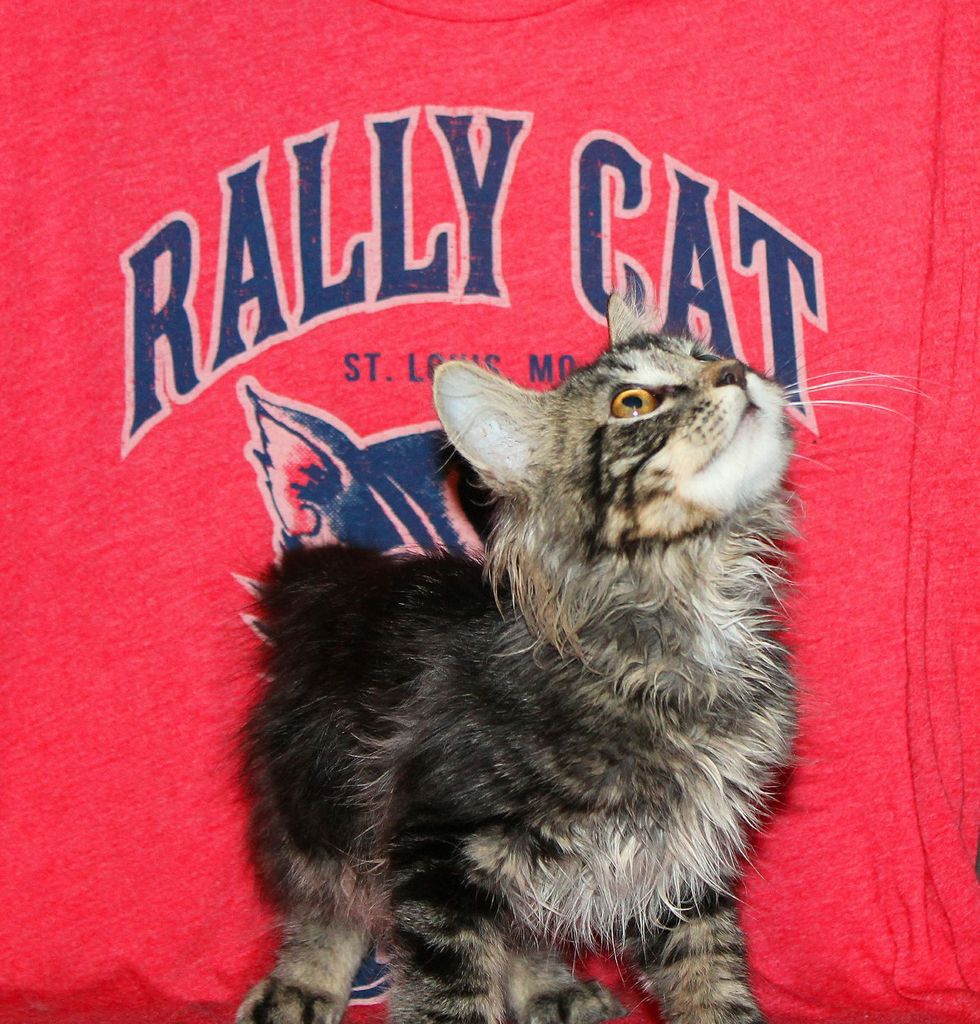 "Rally Cat is really flourishing in his foster home." The rescue has stopped accepting new adoption applications, and will do whatever is the best for the kitty when time comes. 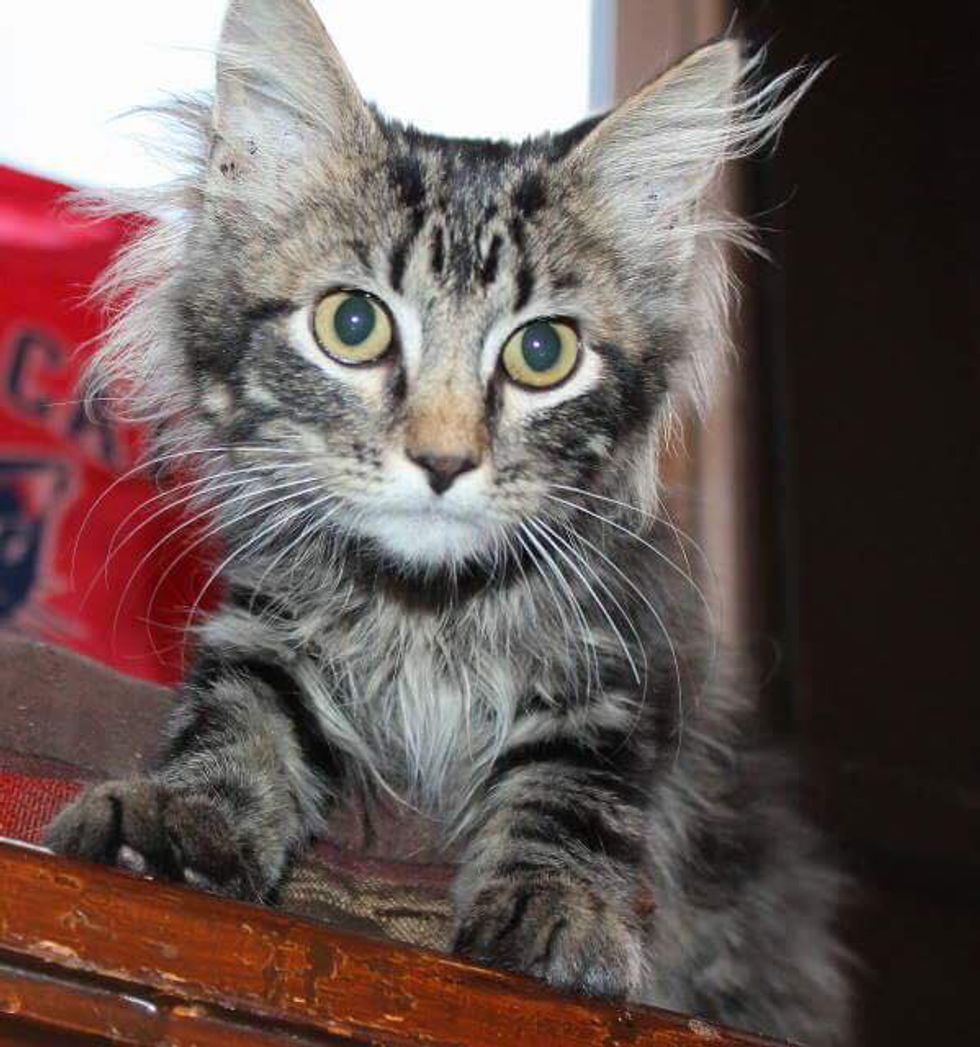 Rally Cat made friends with another rescue kitty, Winnie, who was later adopted! 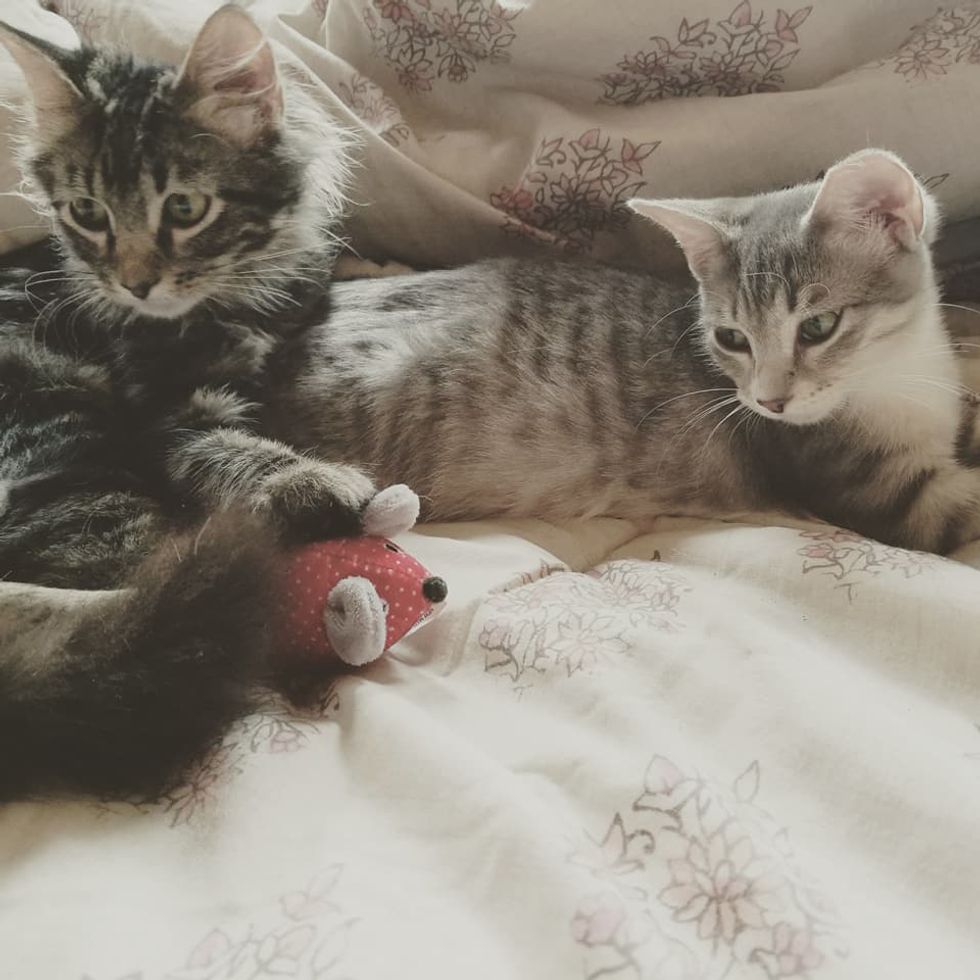 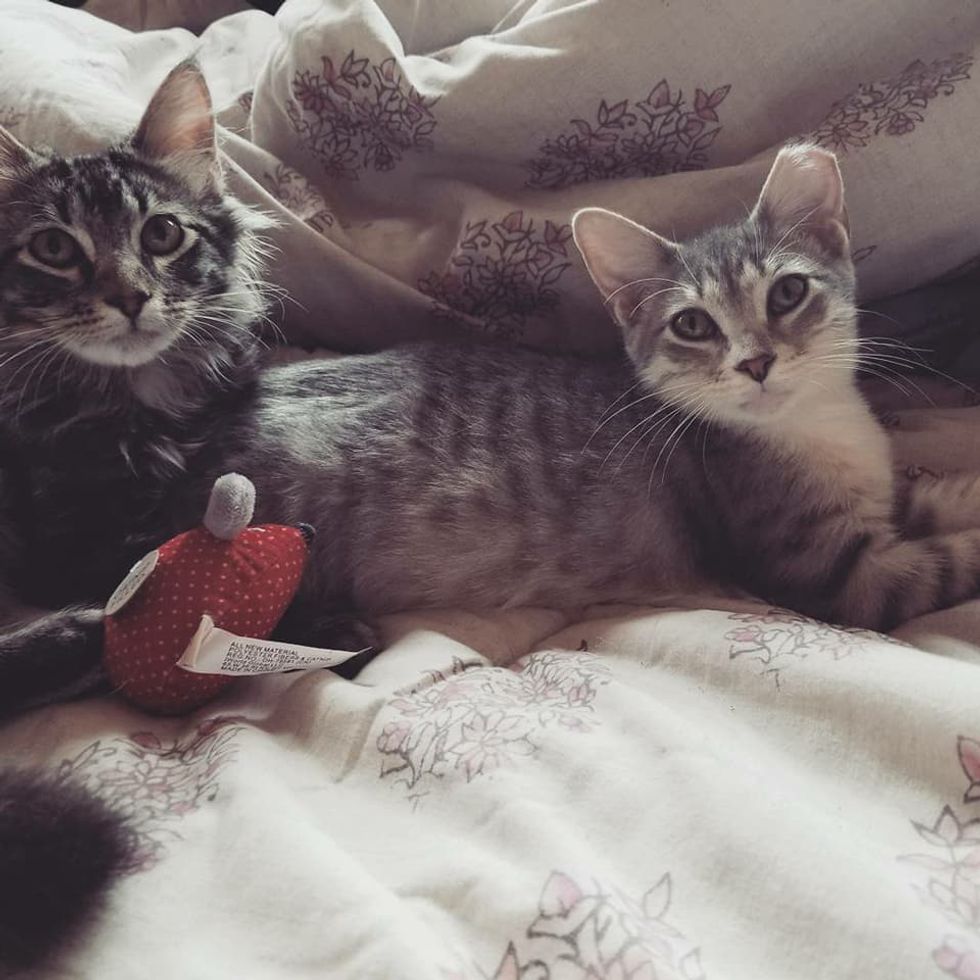