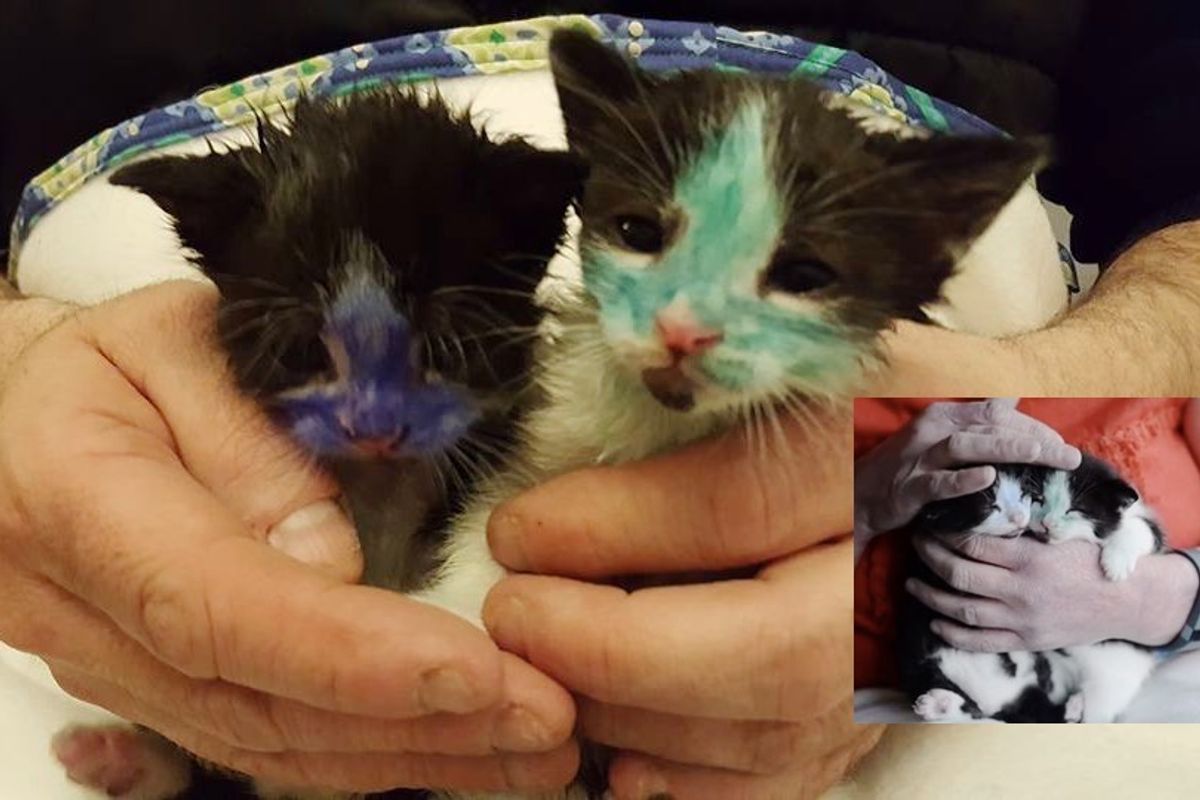 Two tiny kittens were found covered in ink. After several baths and a lot of TLC, they are now in the loving hands of their rescuers at Bradford Cat Watch Rescue Kittens. 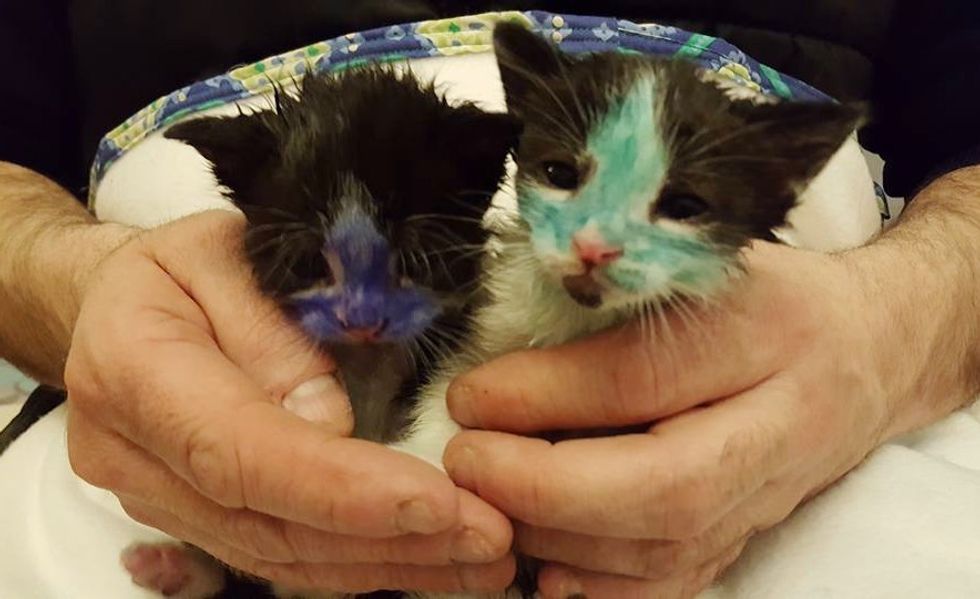 Police rescued the kittens from a property in Bradford and brought them to the animal sanctuary. They had been "colored in" with marker.

"Here at BCWR KITTENS we often consider ourselves to be unshockable..... we have dealt with most situations but this is a first," Katie Jane, owner of the sanctuary, said on Facebook. (Edit: "There were no kids involved," Katie said.) 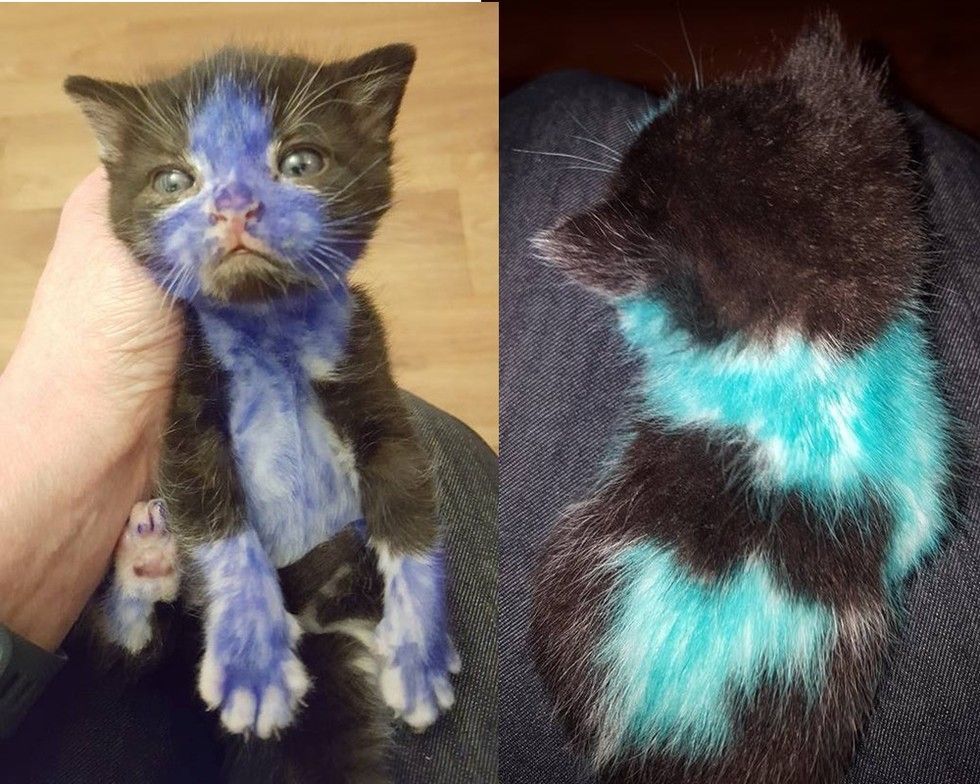 Rescuers were very gentle and careful with the kittens when they gave them baths. "We have sought veterinary advice and I have just contacted the poisons unit to ascertain what would be safe to use on them to try to remove the ink," BCWR KITTENS wrote on their site.

The kittens are about 4-5 weeks old. 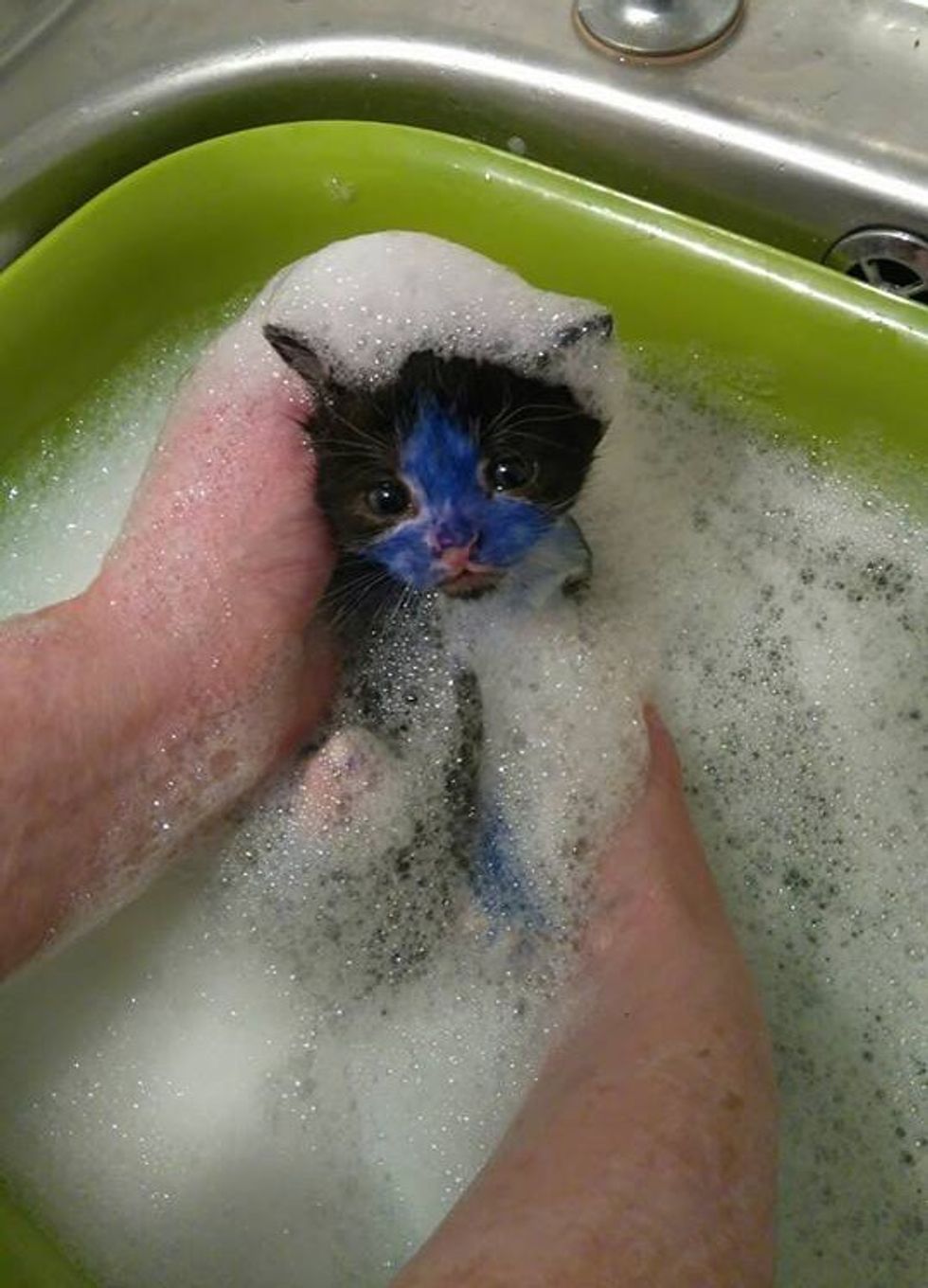 They have been named Smurf and Shrek.

The kittens didn't mind the baths at all. They were just grateful to have someone to help them. 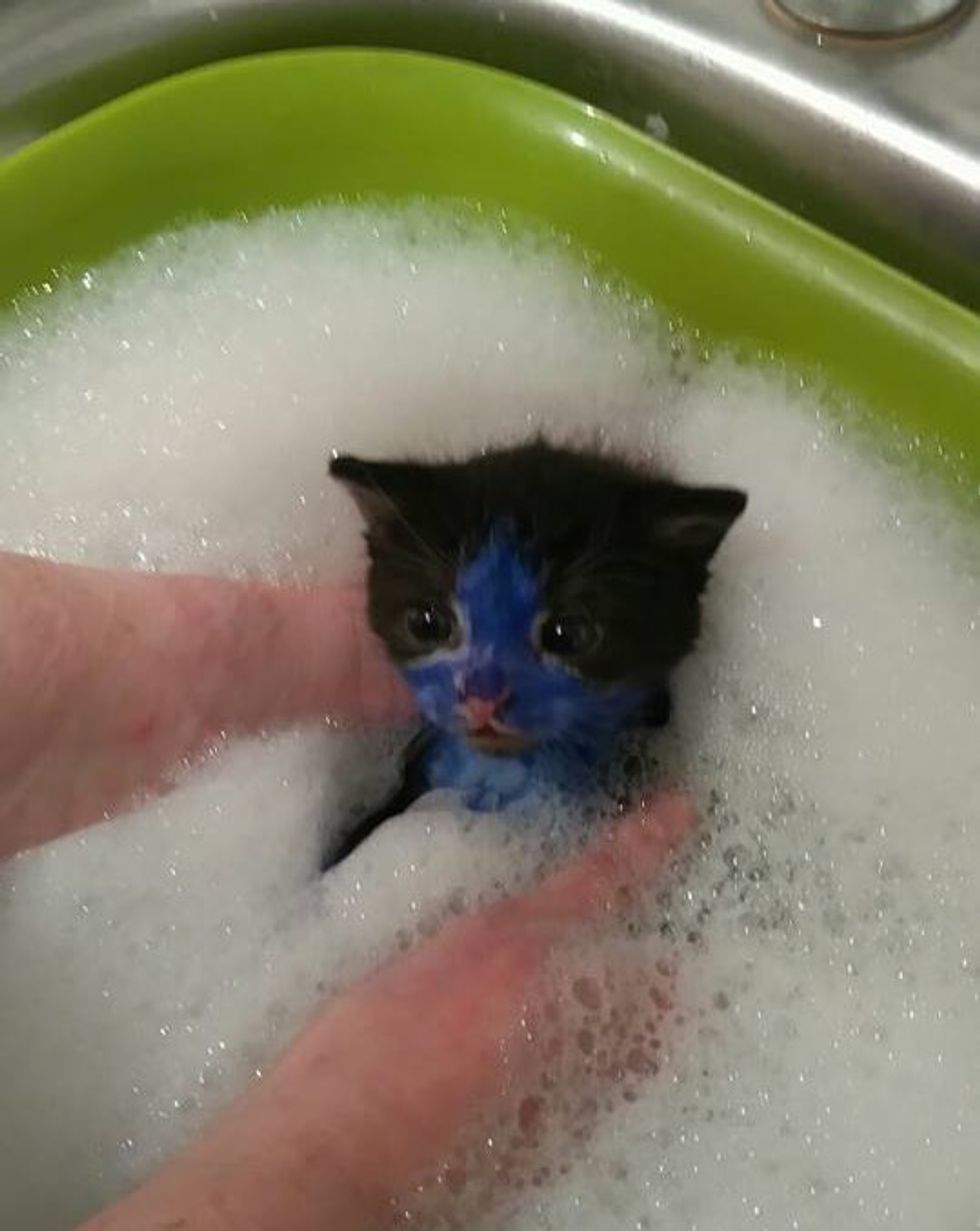 "These adorable kittens have had several baths, bottles and cuddles and thankfully they are in a much better position than they were 24 hours ago," Katie wrote in an update on Facebook. 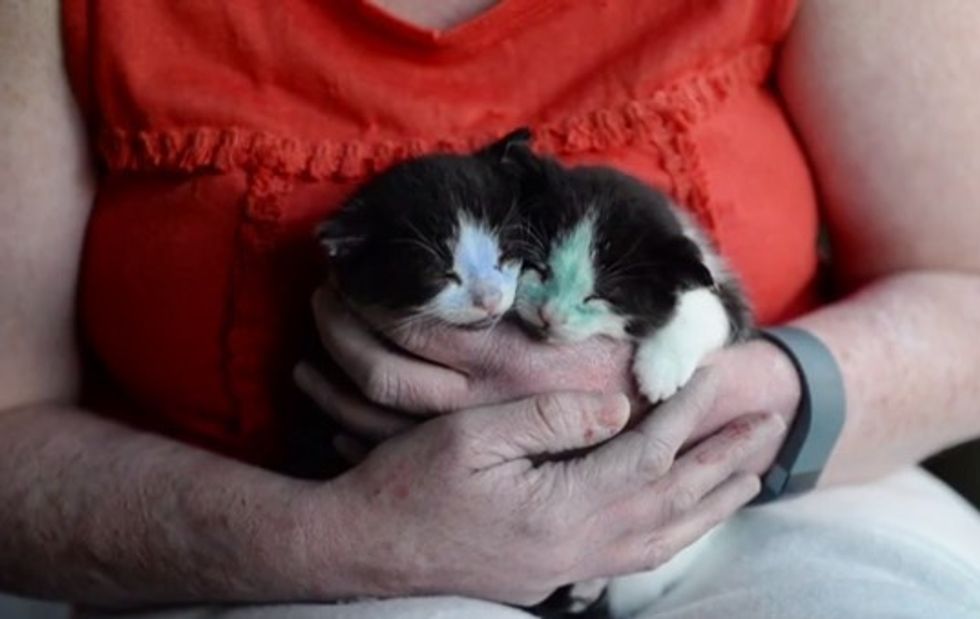 The two fur babies were just so happy to finally be safe!

They are now in the protective hands of their rescuers who make sure Smurf and Shrek are loved, healthy and will have a wonderful life ahead of them. 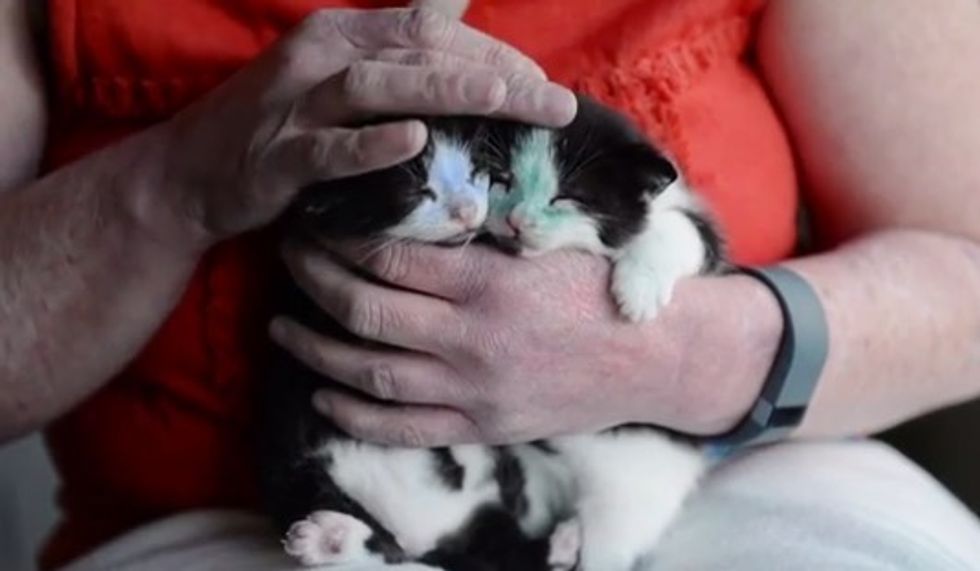 If you'd like to help their rescue effort, you can visit their donation page.