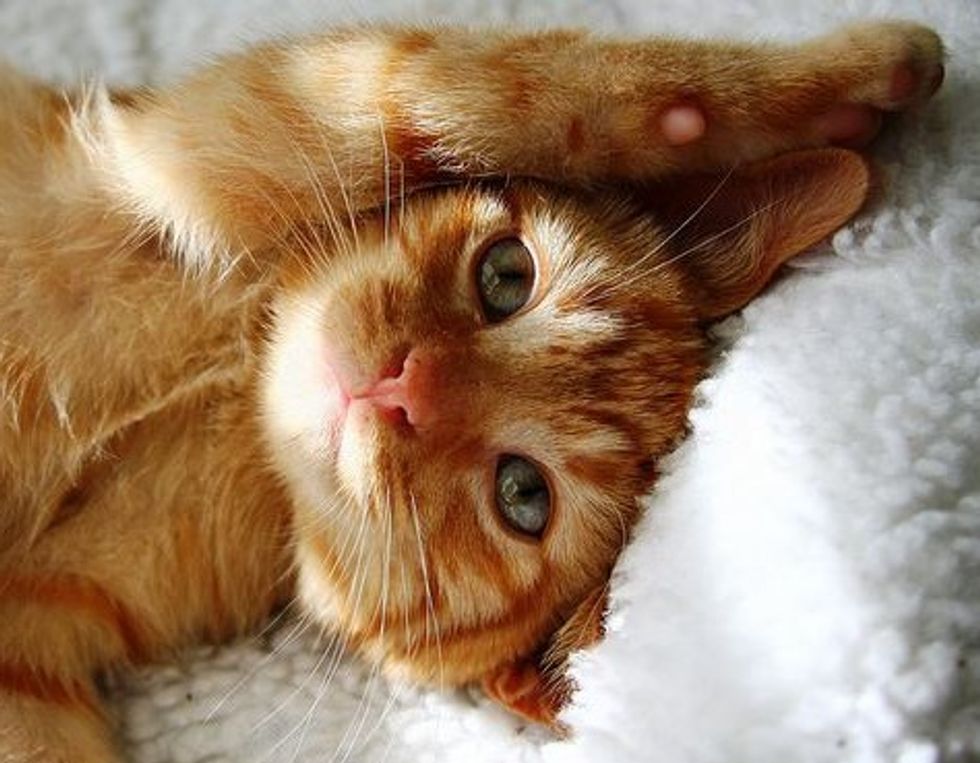 Their names are Cookie, Oreo, and Mac (for Macaron), and they're all little boy kittens. None of them are related to each other - they were all rescued by the Houston SPCA rescue teams.

Cookie must have been living outside for a while, he was very dirty with dirt under his claws and coating the inside of his ears. He is very sweet and affectionate, and he'll just come and sit on your lap and purr. He is older than Oreo and taught Oreo "the ropes" on how to climb things and dig in the litter box. He actually went back to the Houston SPCA right before Christmas and was adopted the very same day! I hope he brought someone joy as a Christmas present.

Oreo was very thin and sick with an upper respiratory infection. But he never gave up trying to eat and play, and now he's healthy and bouncing around all over the place. He's got so much energy and loves to play all the time! He's ready to be adopted but sticking around with Mac so that they both have a buddy kitten. He wound up teaching Mac the ropes on climbing and playing too!

Mac came to the Houston SPCA with his tail severely damaged - most of it had been ripped off, no one knows if it was an animal attack or if it got caught in some type of machinery. The HSPCA amputated most of his tail (except for about an inch), and he is recuperating with me (and Oreo) until his tail heals. He's a little more frightened than most kittens, but once he learns to trust you he is very sweet and affectionate.

Oreo and Mac should be up for adoption at the Houston SPCA sometime in mid-January! Anyone interested in adopting them can check the HSPCA website on the cat adoption page.

Update: Oreo and Mac have been adopted. Yay!