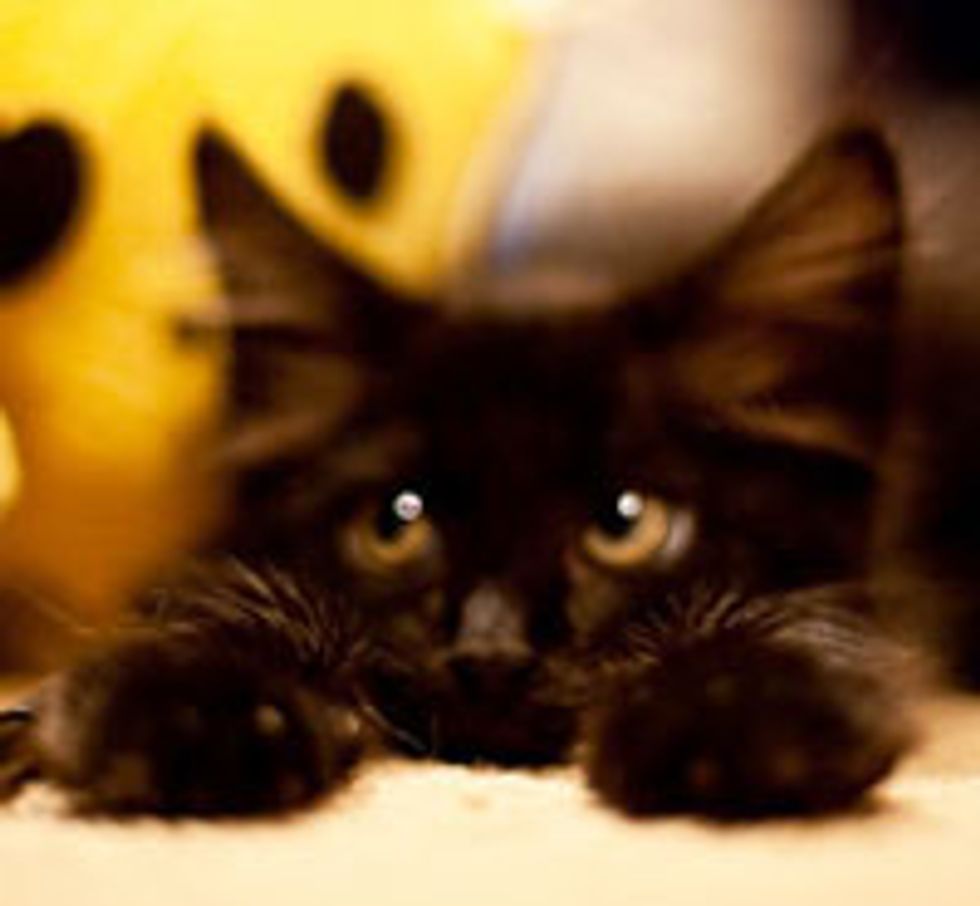 A second chance has made this little guy the happiest kitty he has ever been.

"Orion was pretty much fur and bones when he first got here. You could feel every rib and vertebrae not to mention his hip bones all jutting out there," says Rachel. But in just a week, the little furball put on some weight and became a boisterious happy little boy ready to take over the world!

Orion loves to play and cuddle. He followed the big kitties in the house and did everything they did and even tried to get them to play with him. There is not much that Orion doesn't like.

Orion was very scrawny and slightly malnourished, but that's no longer the case. He LOVES food and would finish everything he's given. Besides food, his second favorite thing is to play. He goes full throttle when he plays. To him, it's playing, playing and more playing, with naps in the middle.

Orion has cute tufts in his ears which make him extra cute. This little guy has a pure heart that makes everyone melt when he is around. He absolutely loves life and is thankful for every little thing he is given everyday. He is all love.

Orion has been homed by the Humane Society Silicon Valley.