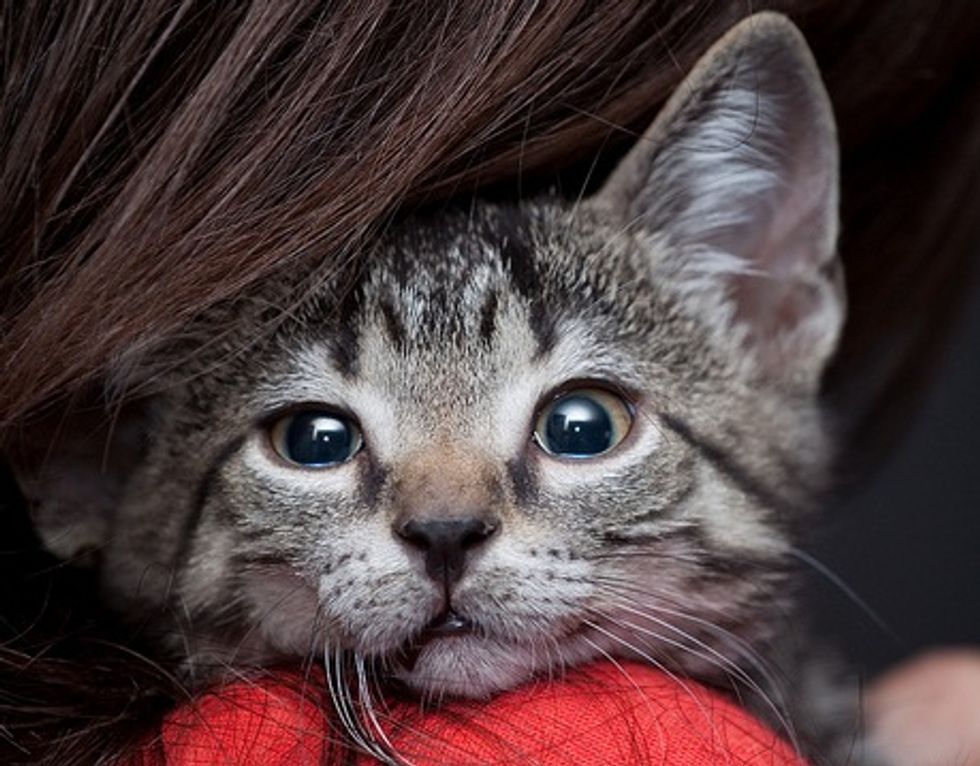 Unlike Cameron Diaz, our Cameron is actually a boy. He lives with my girlfriend Anouk and I in Laval, Quebec.

My mom, dad and sister live in St. Albert, Ontario, Canada. It's a rural area with lots of farms and therefore - lots of barn cats. Our family had trouble discriminating against barn cats, so to us they were just like the cats we had living inside the house, and with time the first two (a mother cat and her son) were brought in to live in the huge, heated garage.

Spring brought more visitors, and the visitors had kittens. My mom ordered a shed from a Mennonite village in the USA and installed it in the backyard. She had an electrician run power to it so we could heat it in winter and light it at night. Inside, my sister helped build a whole labyrinth of carpeted passageways and landings so the cats could each have their own space. The cats can of course come and go as they please, and during the day the shed is normally empty.

Once the house was built my mom started removing the kittens from the mothers and raising them indoors. Several attempts to catch the moms and have them spayed were unsuccessful, so this was the only option for the time being. She began to adopt out the babies as they became "ready", and any medical attention they required (this applies to the catch-able feral cats as well) was taken care of.

Cameron was a kitten from my mom's final batch. She ended up catching both females outside and they will not be giving birth anymore. He is quite calm - except when he's not. I'm afraid he's in his "twos" right now and is always either sleeping or biting. I have to admit though that I don't really help when I play with him as though I'm one of his little brothers, egging him on and making him crazier.

My mom still has all his brothers and sisters from the last litter to find homes for.