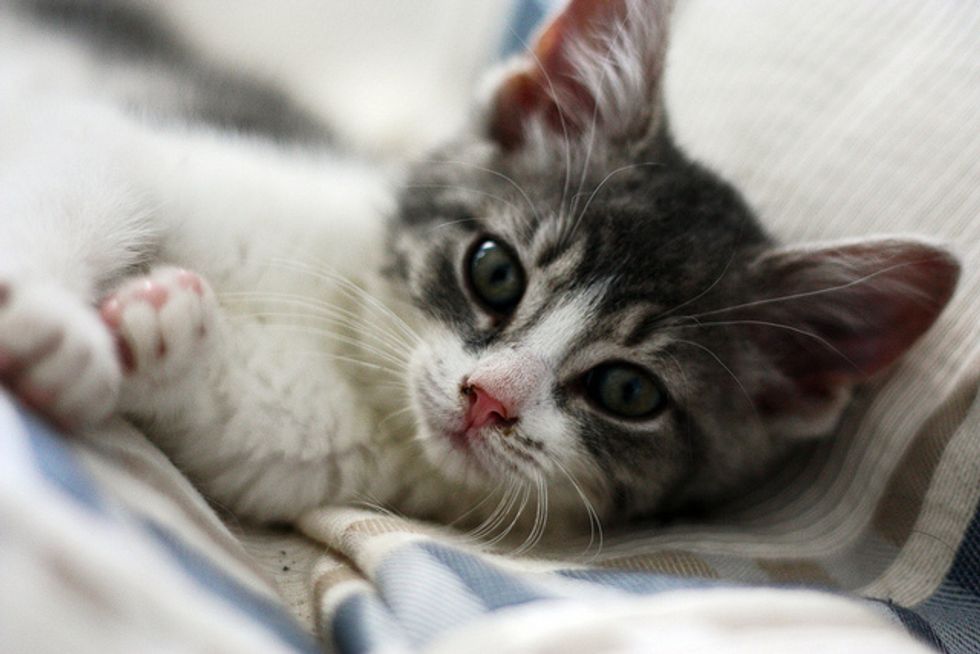 Lola the Kitten and Her New Home

Lola is 10 weeks old, and we have had her for a week and a half. Last year, just after Christmas, our local animal shelter burned down, so at the moment the shelter is in a very small warehouse unit. A few weeks ago there was an article in the paper about how overcrowded the shelter was, and how they were closed to all new animals, and it made me so sad. So last weekend we were out at the pet store buying cat food, and they had an adoption fair, and we went over to see. They had two kittens and the humane society ladies were trying to talk us into adopting them both so as not to split them up, but we already have 2 cats and didn't think we could deal with 4, so we left. But we were so caught up in kitten fever that we decided to swing by the humane society building and see if they had any kittens. They had one, and 2 minutes later I was filling out the forms.

She's a hilarious mix of crazy and snuggly. For the first 6 days that we had her, I never saw her asleep - she spent all her time running around, trying to befriend Olivia and Riggins, our other two cats, and sneezing so hard she knocked herself over (she came to us with a bit of a cold). She's since settled down, and alternates between running around like crazy and flopping onto one of our laps to take a nap. Her favourite toy is a jingly mouse on an elastic attached to the closet doorknob. And while she's having a harder time winning over Olivia, as you can see from the pictures she and Riggins are best friends.

My best story about her is from the first day that we let her out of her office "quarantine" - I was taking a shower when I looked down and she had hopped right in with me! I was afraid it would make her cold worse (or she'd panic and try to climb me) so I put her back out of the shower and she jumped right back in! So I had to take my shower sitting on the floor holding her outside with one hand while I tried to wash my hair with the other.

We think she's wonderful so I'm glad other people will see how cute she is too!