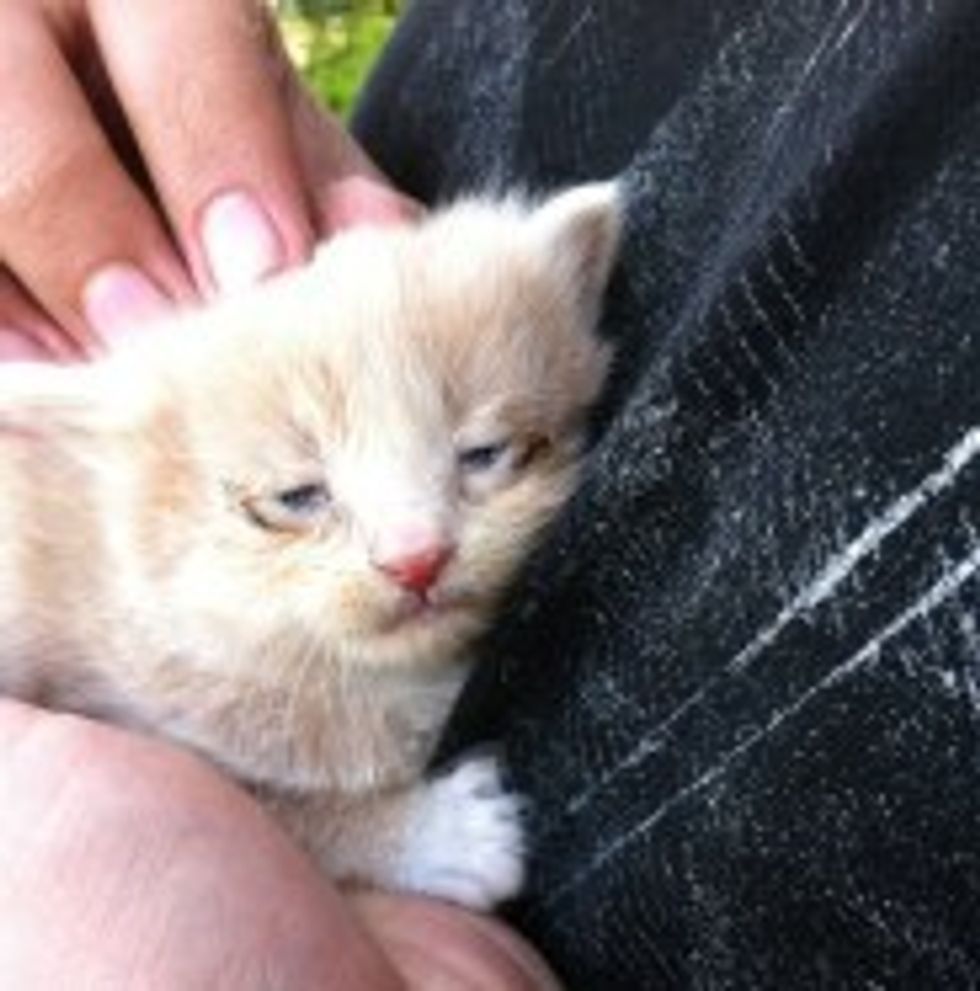 Lucky the Kitty, His Road to Recovery

Lucky the kitty is a survivor who has gone through the worst, but it all changed when he was found by the very person who became his human for life. 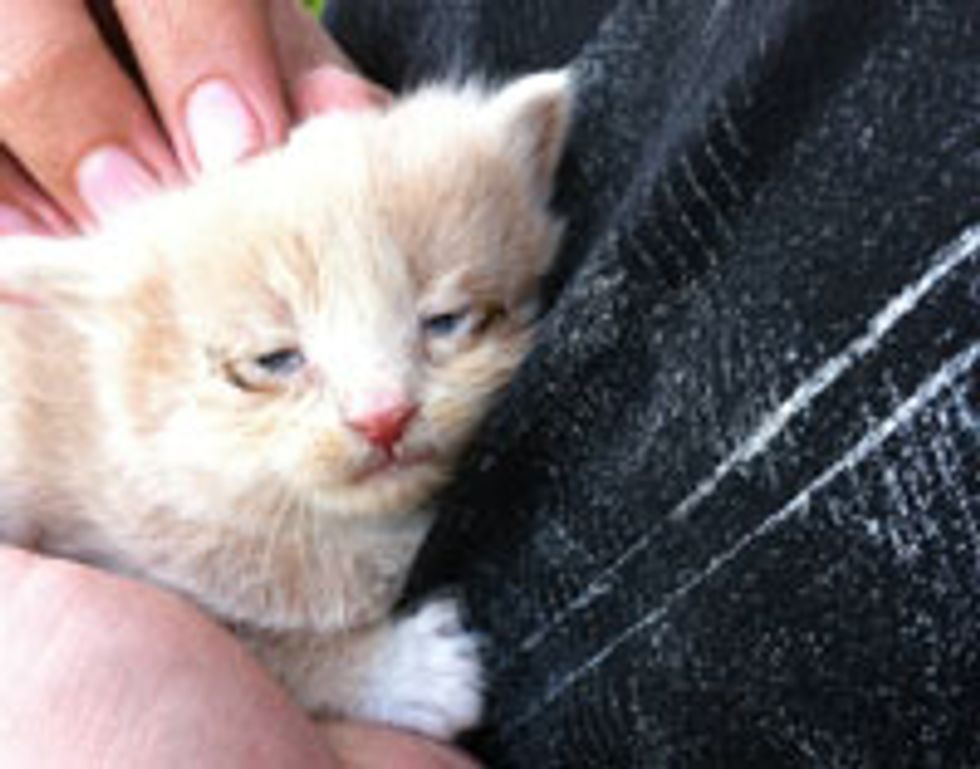 Phayze87 via reddit says: "I live in Alberta, I also live in an apartment complex. I was taking the garbage out to the communal garbage bins. After throwing my bag into the bin I heard something, waiting patiently for minutes I finally heard the noise again... Something was in the dumpster. For my neighbourhood, risking some serious health risks I decided to carefully hop in and remove garbage until I discovered the source of the noise." He discovered a little kitty who was the only survivor in his cat family.

"The first photo taken he was about 1 and a half weeks old, he is now 9 months and larger than our original cat, who is 2 years old. Our original cat Fedor has been an amazing help in teaching lucky how to be a cat, and it was an amazing journey for me to be able to save this beautiful cat's life," kitty's dad added.

"After I brought him inside and made sure my other cat Fedor was locked upstairs (Initially all cats are territorial and might attack) I cleaned him up and made up the spare bedroom into a play pen. I googled as much information as I could about caring for new borns and took him to an emergency vet hospital. Found out he was near moments from death, devastatingly dehydrated and probably going to be blind from a horrible sinus infection that was halting the development of his eyes. After I was cleared to take him home I got all the necessary tools for being a momma cat, and did my best. Waking up every 3 hours to feed him, training him to eat, then instigating bowel movements (at that age they are too young and weak to use the bathroom on their own, especially since this one was abandoned) it was an incredible learning experience and created such a bond with him. Even now in the older pictures you can see a bit of discoloration and "gunk" around his nose, his body never finished developing and the infection caused some complications so his nose never stops leaking, it's like a 24/7 runny nose, it's weird, but funny to watch because he never stops licking his nose and mouth."

Today Fedor has become Lucky's protective brother. And Lucky thinks he is the happiest kitty in the world.

Getting cleaned up after the rescue 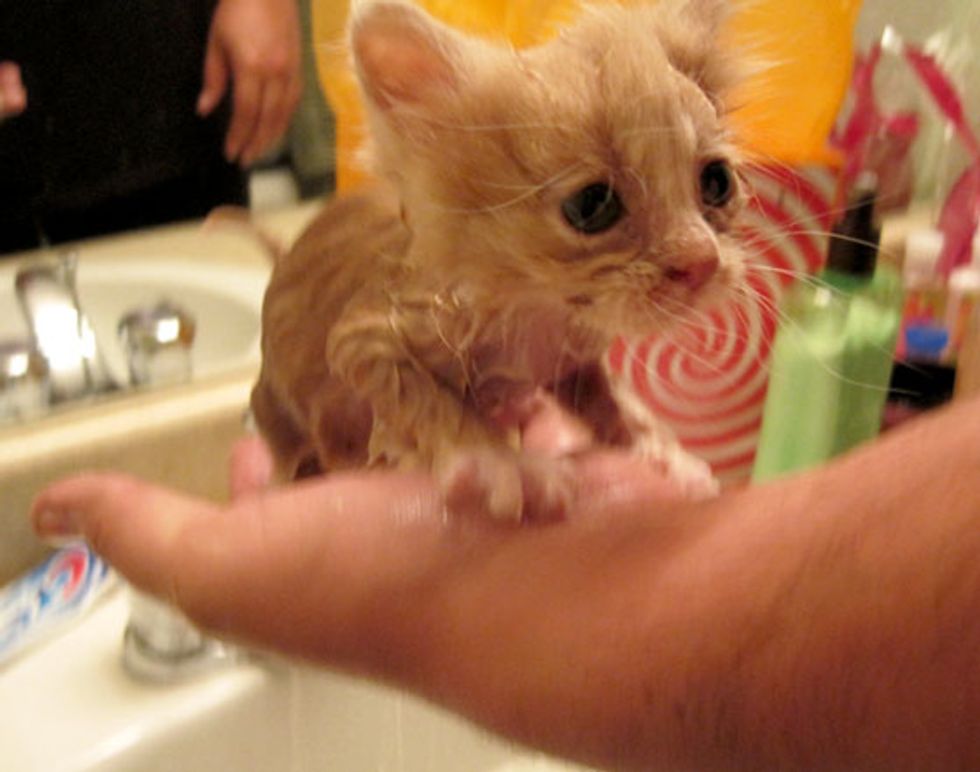 All clean and fuzzy! 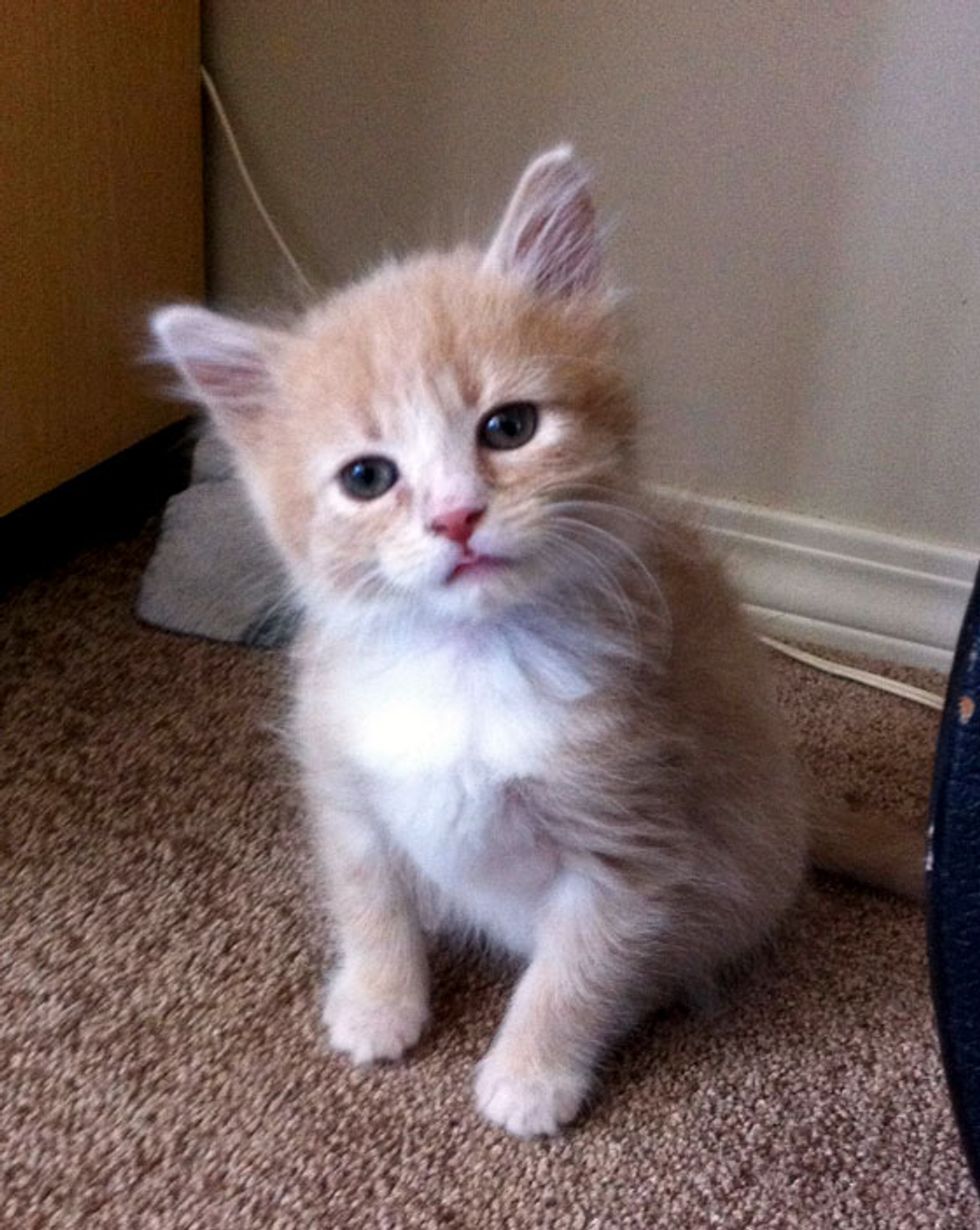 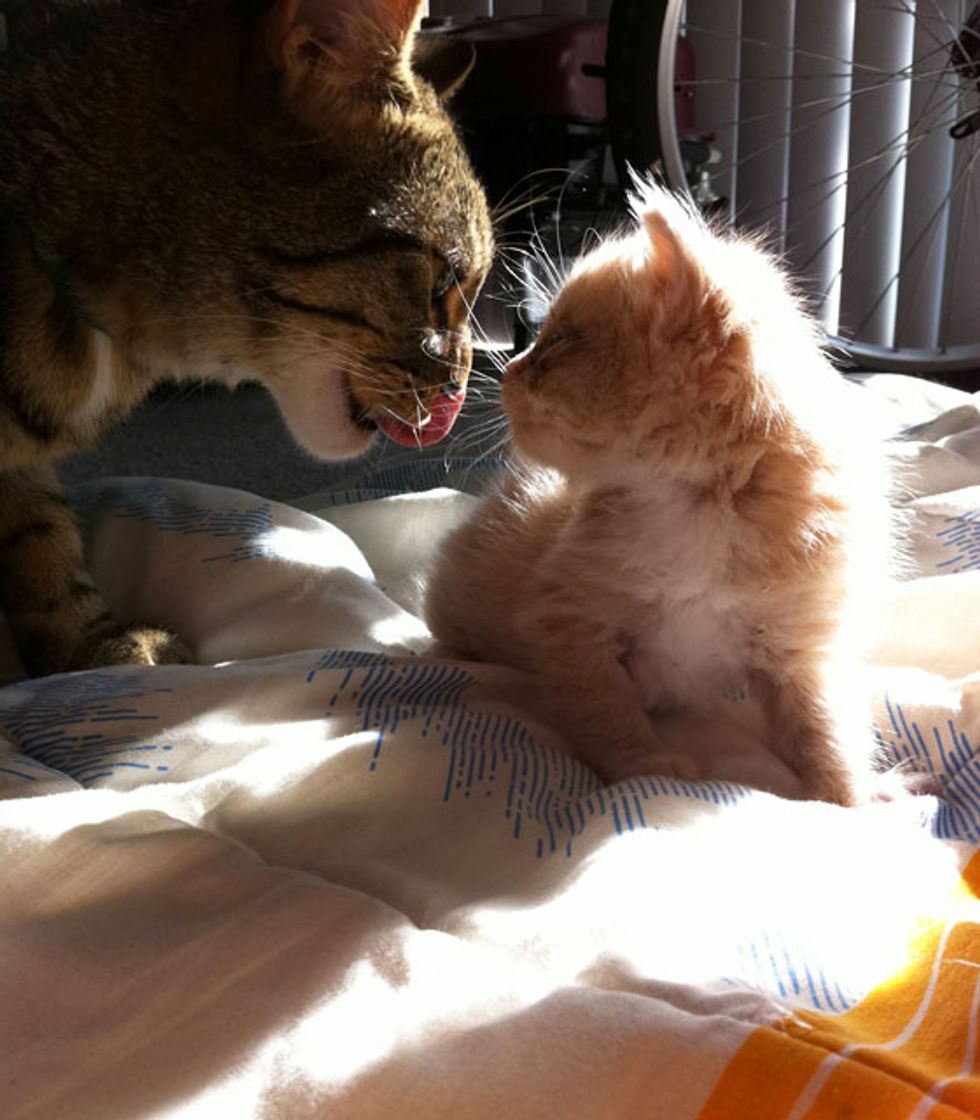 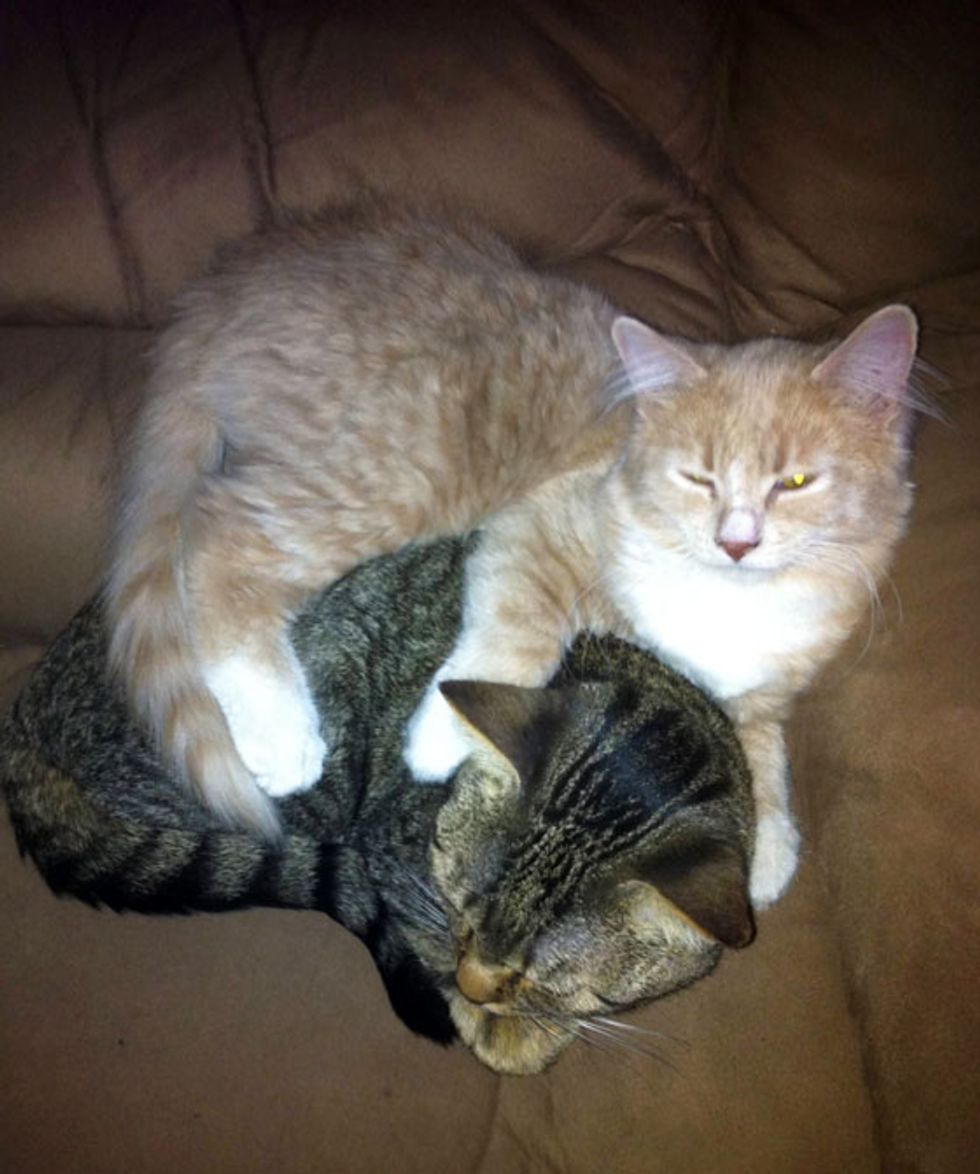