A sailor who can't hear the sound of the ocean, has not a single worry about navigating on the ever so unpredictable waters because he has a cat who hears and listens for him. 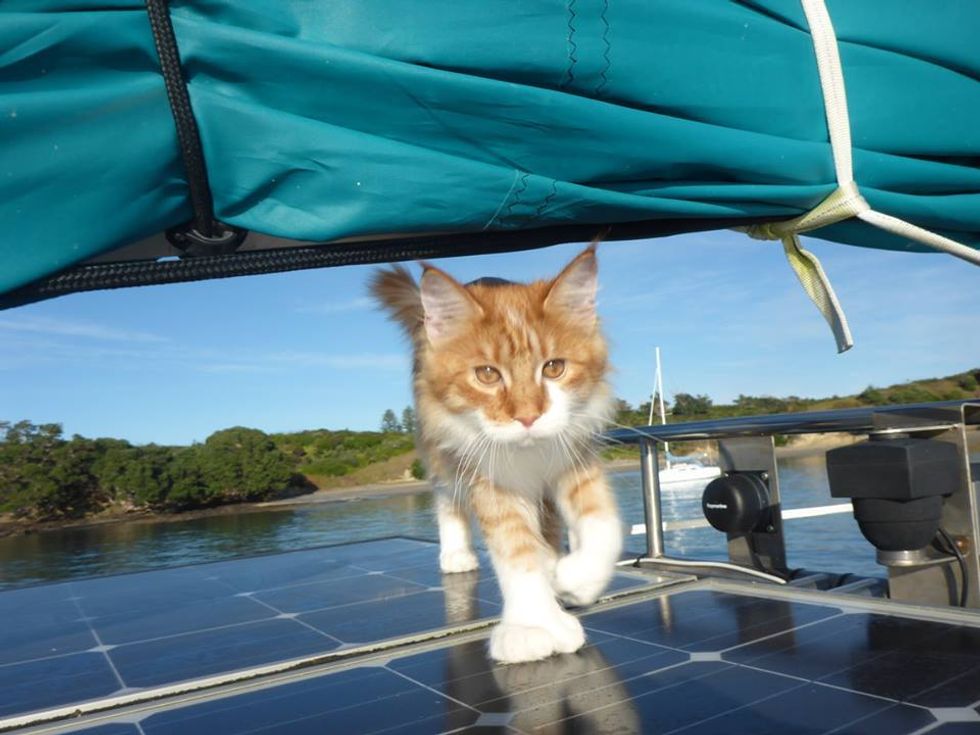 Skatty or Strauss von Skattebol of RebelPawz, came to Paul J. Thompson when he was a couple months old.

Paul, a computer programmer in Auckland, New Zealand, has set out to sail across the Southern Atlantic Ocean in the 32-foot boat, La Chica, that he built himself, but he's not taking this journey alone.

Paul who became profoundly deaf as a child, has acquired a furry companion to be his ears. The incredible feline gives him visual cues to help him navigate at sea.

Cats have a remarkable sense of hearing. Their ears swivel to pinpoint the source of the sound at such accuracy that no humans are parallel to. 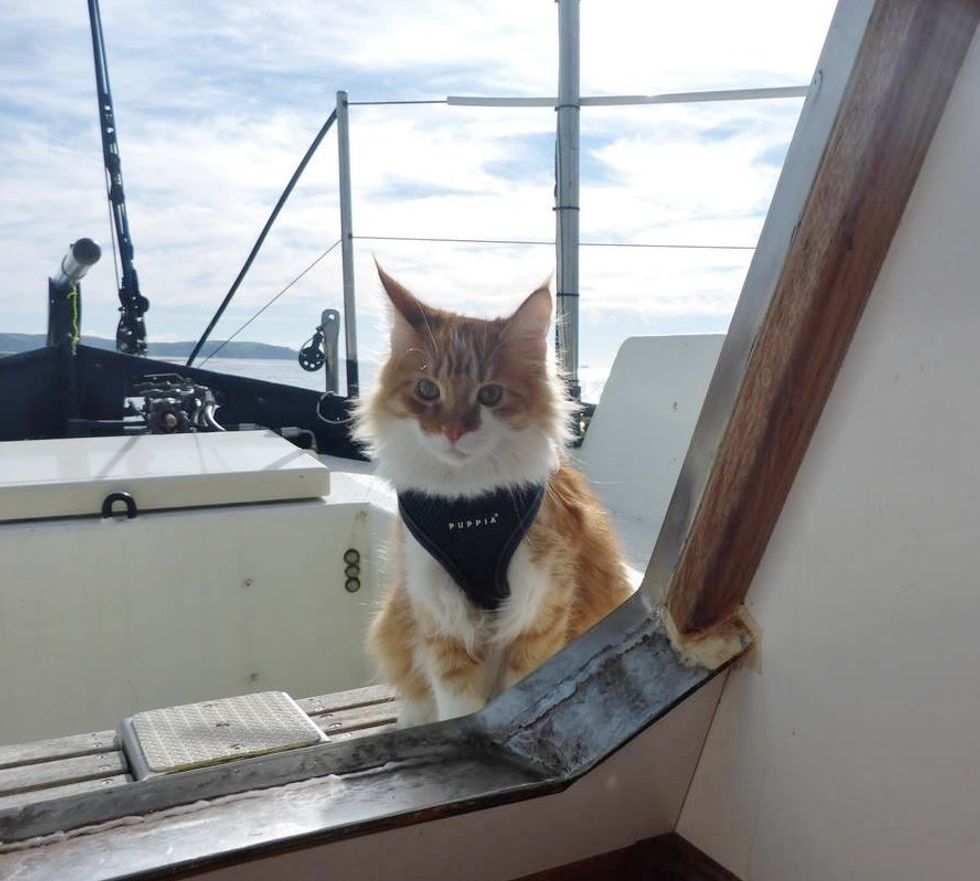 "Without any training, Skatty has twigged that I don't hear," Paul told Adventure Cats. "He lets me know if a boat comes alongside, people are at my door (ashore) and when my phone receives text messages."

Skatty places his paw on the phone to signal an incoming message. If they have visitors, the smart Maine Coon will lead his human by walking him to the door. 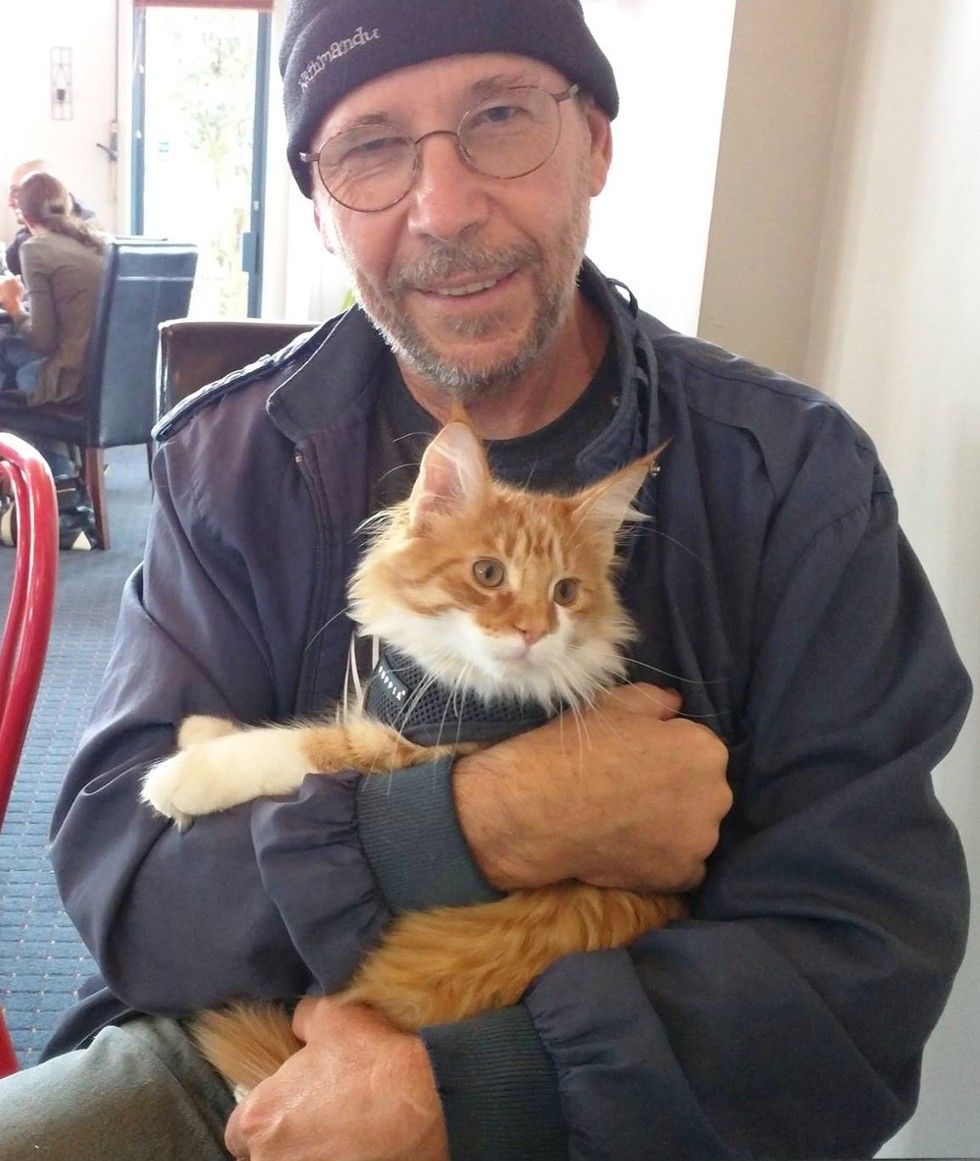 "Which normally leads to his food bowl (empty) but often enough it's something that I'm glad to know about," Paul said. 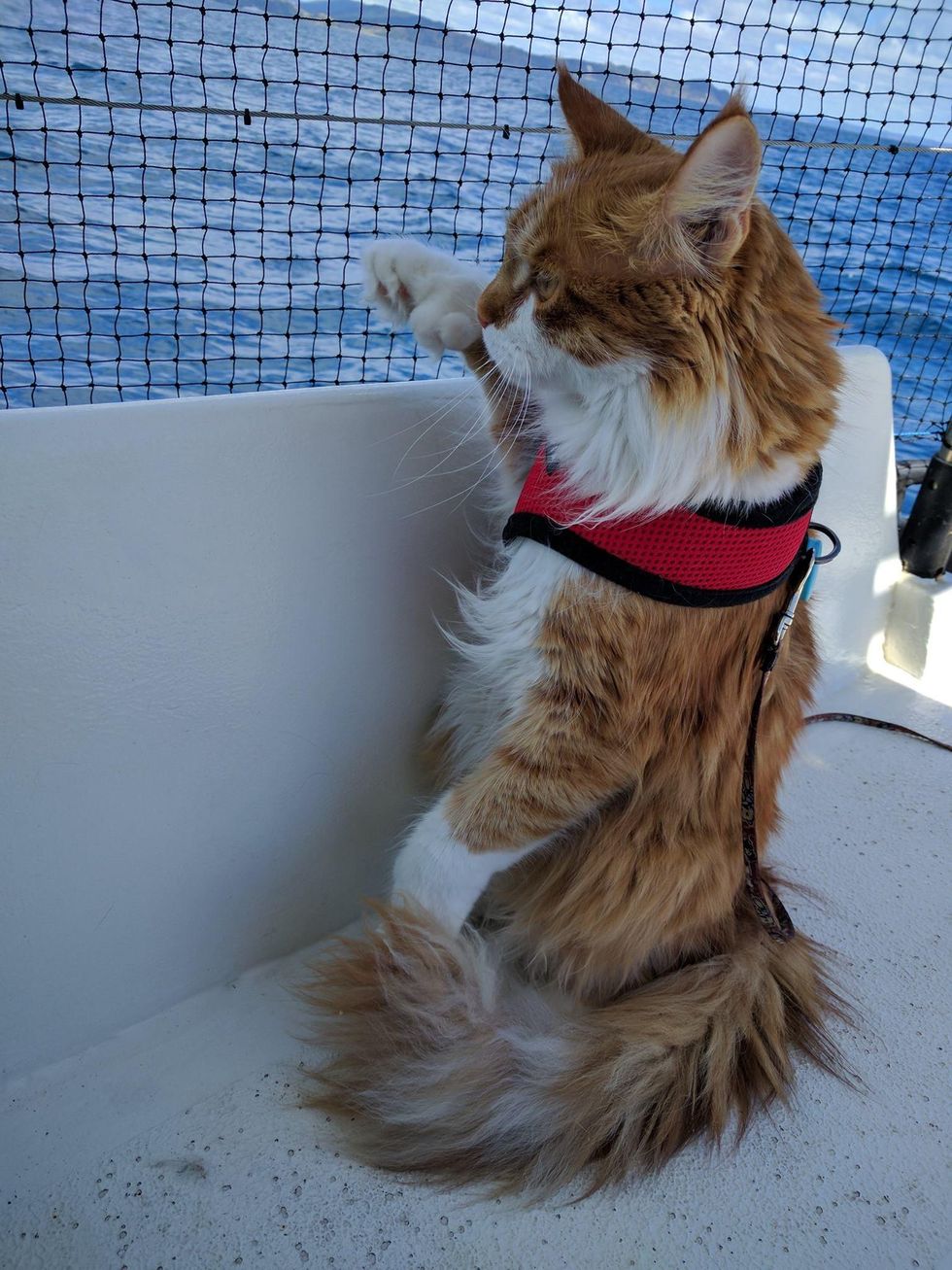 Cats' ability to train us, humans, is extraordinary, and Skatty is putting his innate talent to purrfect use.

He is not only smart, but quite dexterous. 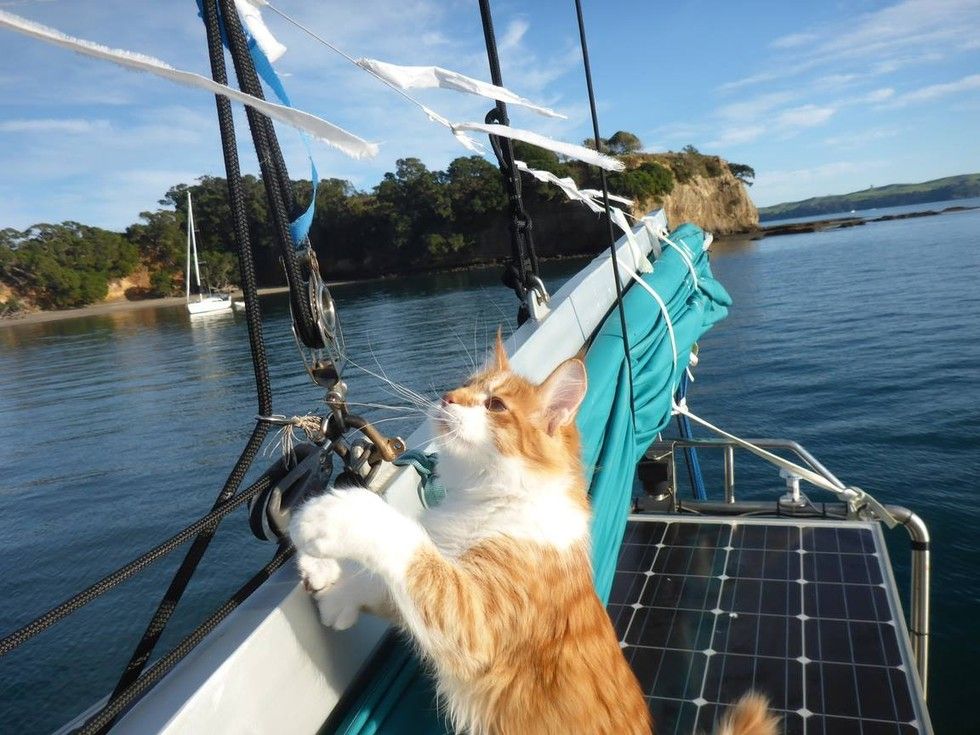 This fluffy Maine Coon was born with a pair of thumbs and extra toes.

"The old time sailors believed that the big polydactyl paws gave them a better grip on the deck and also made them better mousers. So for me, as a sailor, it is very satisfying to have a polydactyl cat," Paul said. 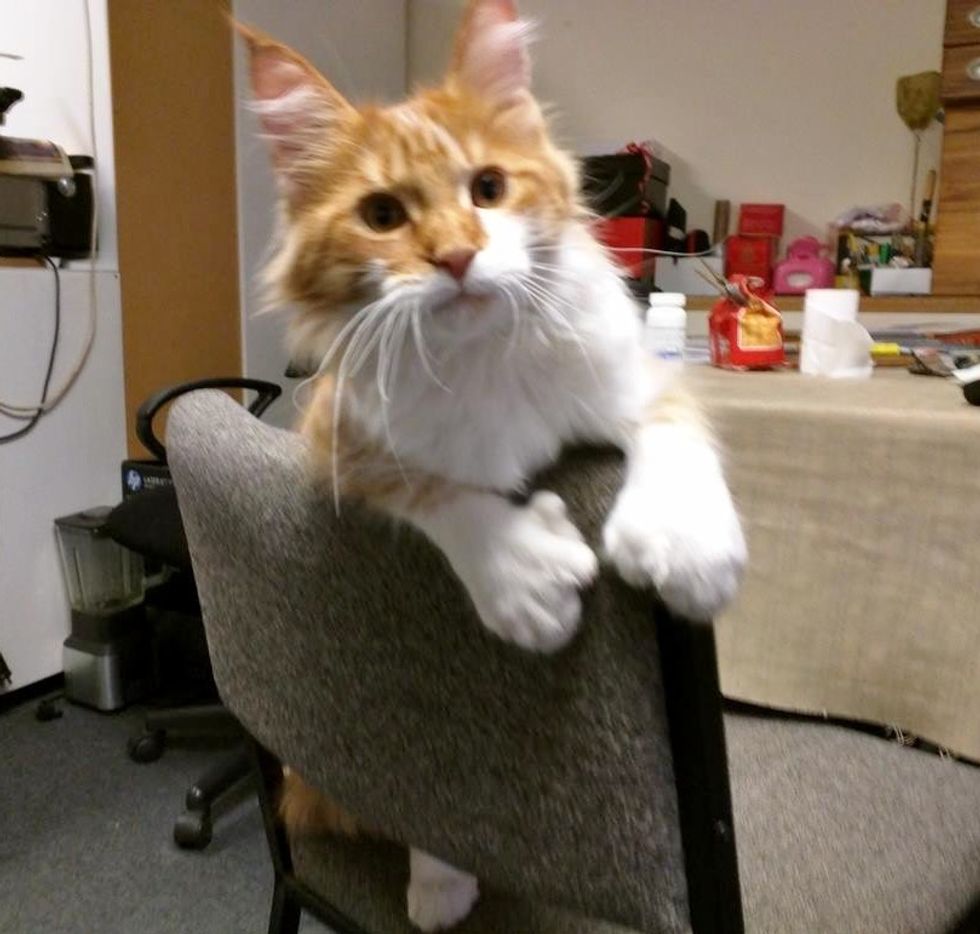 Skatty likes to follow his human wherever he goes.

"Generally, if I'm below, he'll be below and if I'm on deck he will usually come up as well," Thompson says via NZHerald. "At night he normally sleeps with me, curled up in the crook of my knee." 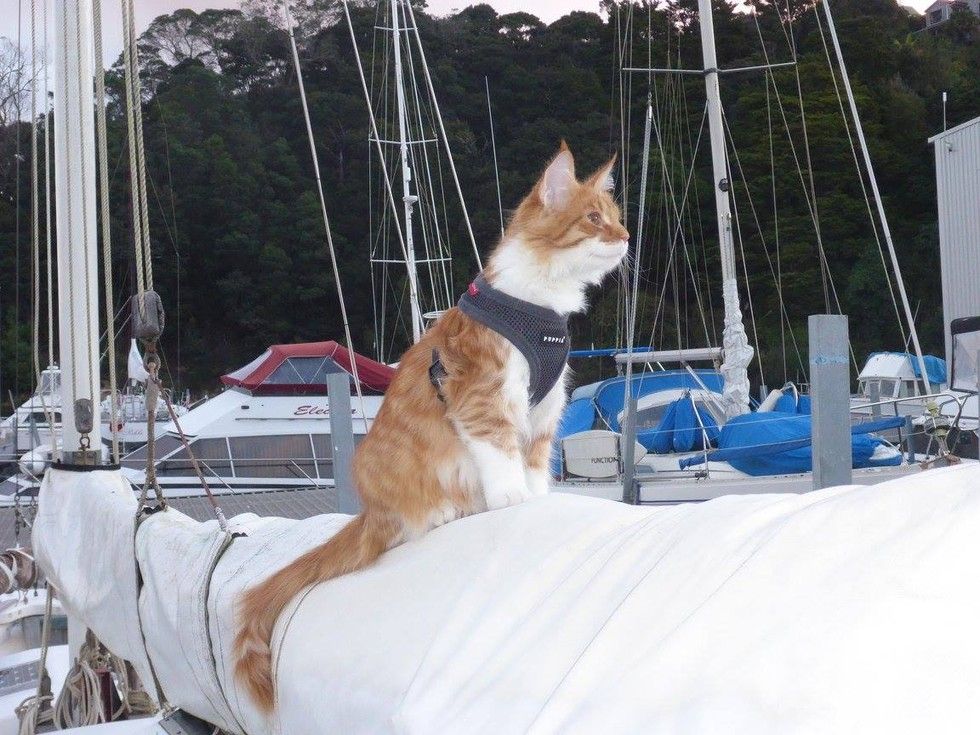 Paul takes Skatty with him on every adventure.

The beautiful ginger cat has made his life complete. Together the duo make an impeccable team at sea. 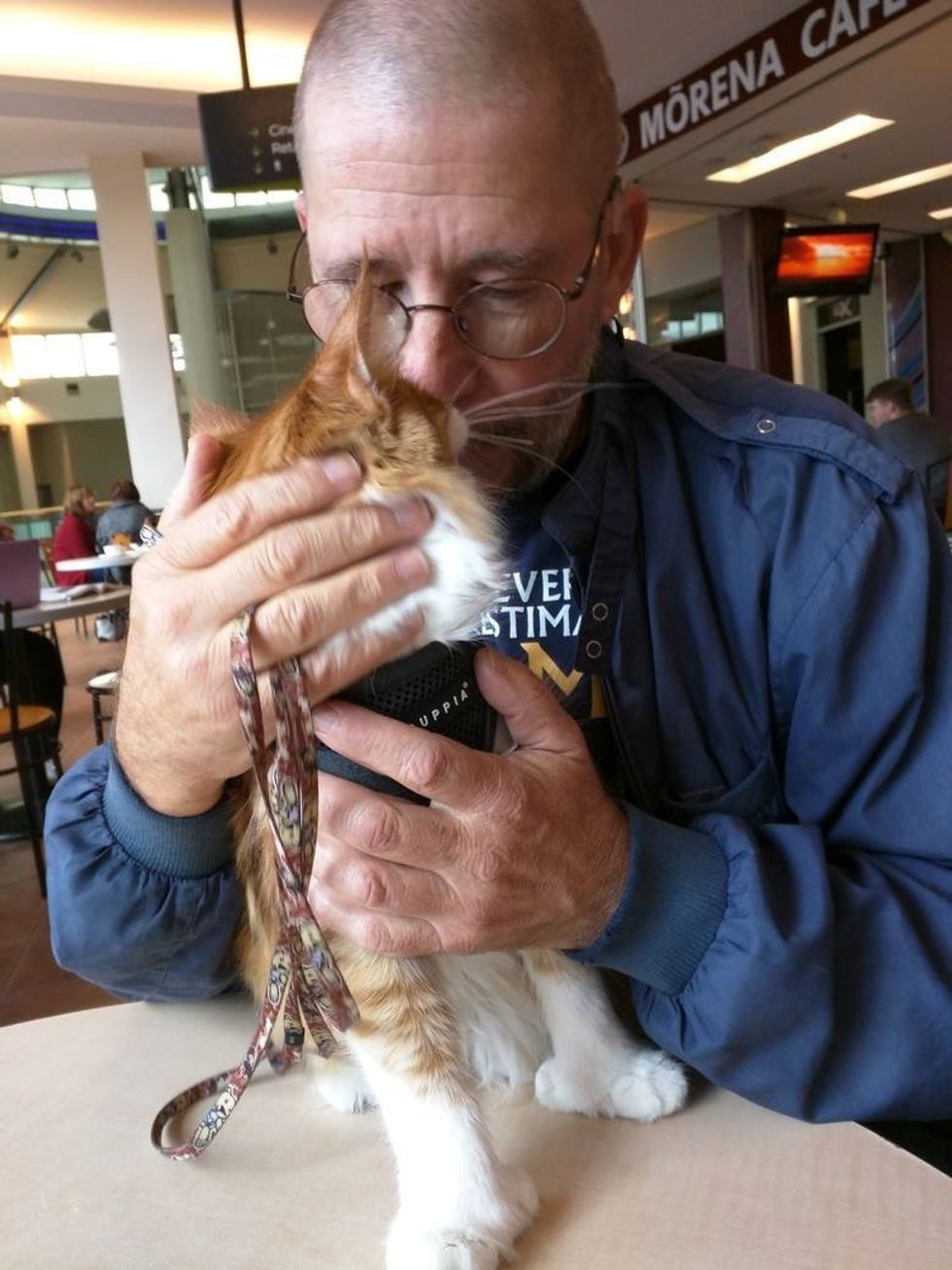 After having been on the ocean for quite some time, Skatty has earned his stripes as a marine cat. "His big ambition is to catch a seagull… but so far no luck."

Look at those big mittens! 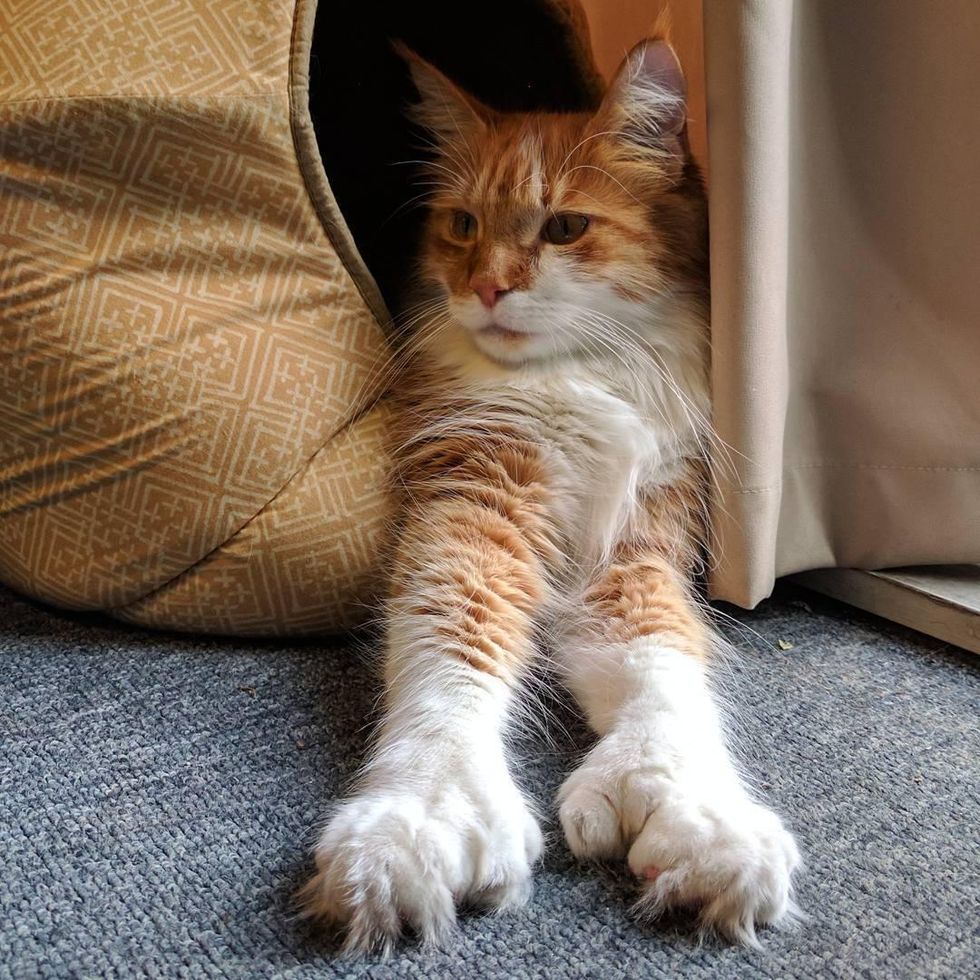 "Skatty wants to know about everything and, in satisfying his curiosity, I learn to see things in a new light or from a different perspective.

"The love of a cat is a very special and precious thing." 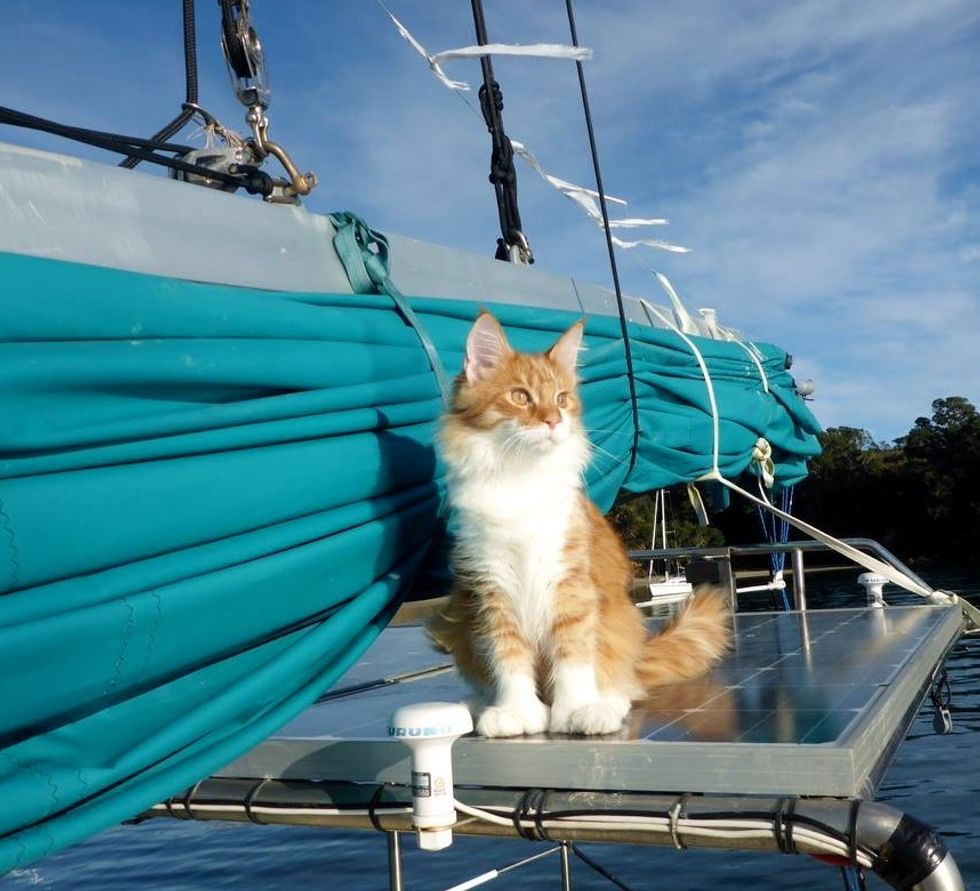