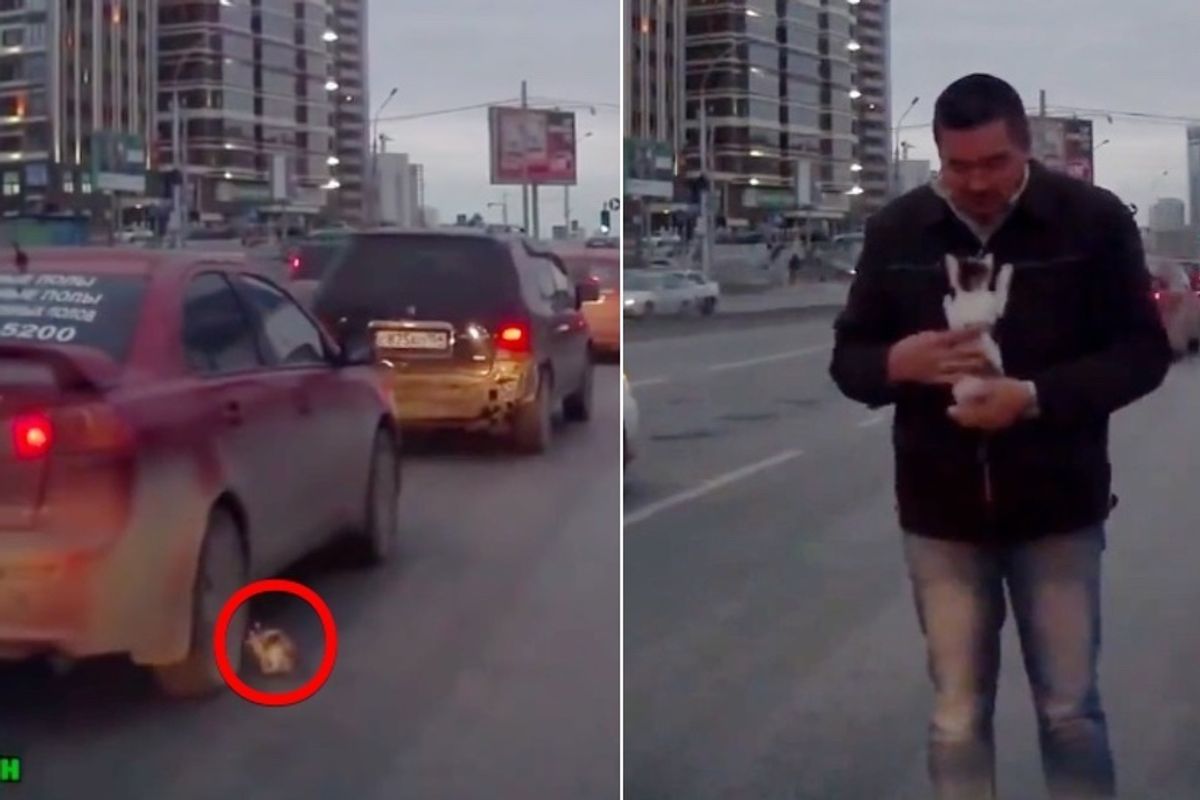 Man Runs to Save Kitten, Who Escaped Certain Death

A man jumped out of his car to save a kitten, who escaped certain death. 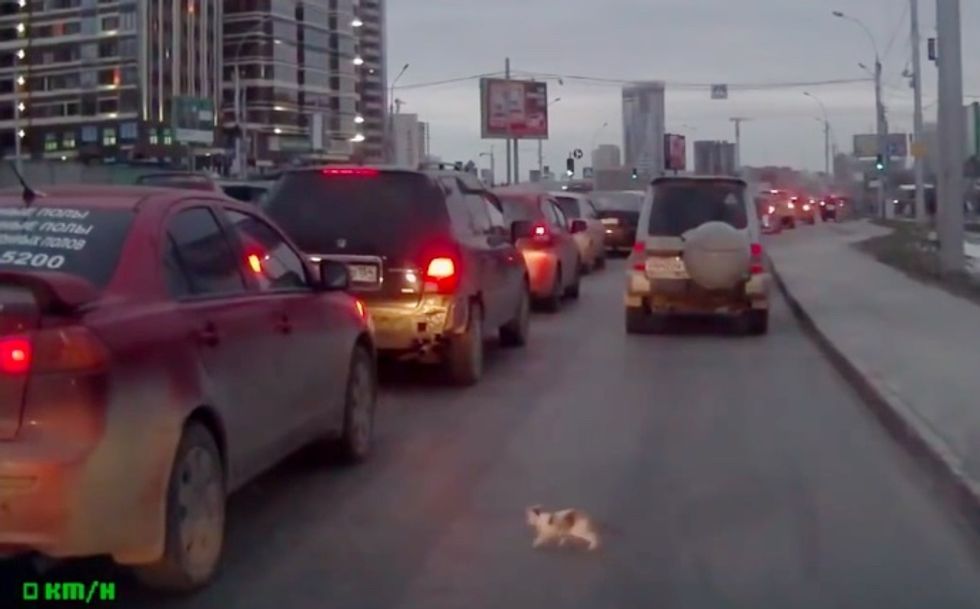 During busy traffic in a city of Russia, a tiny stray kitten appeared from the side of the street. While the cars stopped temporarily in traffic, the kitty decided to cross.

As the kitten approached the middle lane filled with cars, the motors began to move, but the kitten just kept going. A man spotted the kitten when he was just inches away from a moving car.

He immediately jumped out of his vehicle and shouted "Stop!" The kitten stopped walking as the car tire brushed against his face. 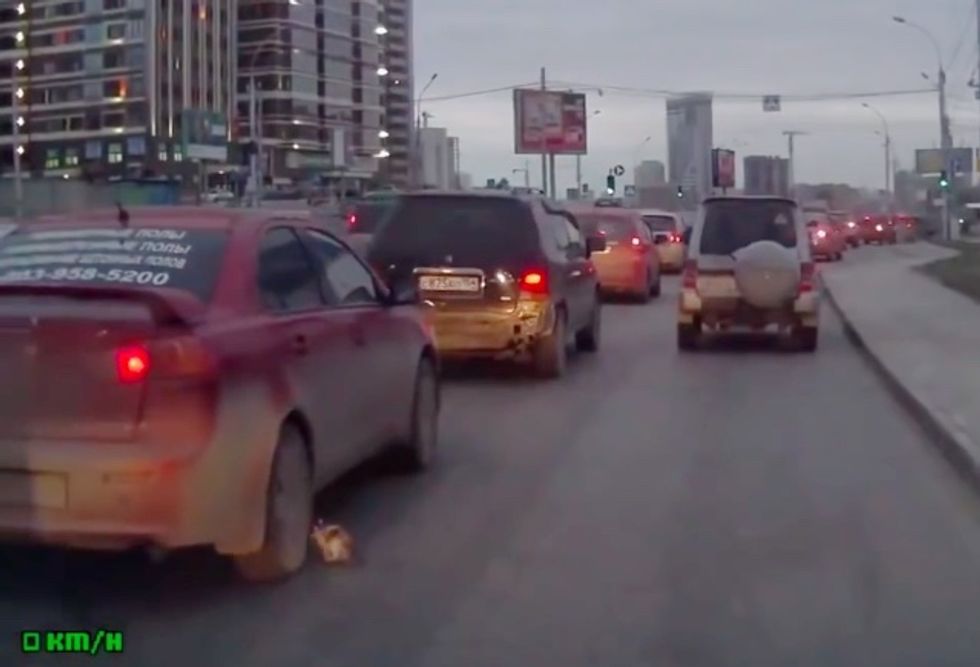 The man leapt towards the kitten, fearing for the worst. He picked him up and realized that the little fur buddy was OK and breathed a sigh of relief. 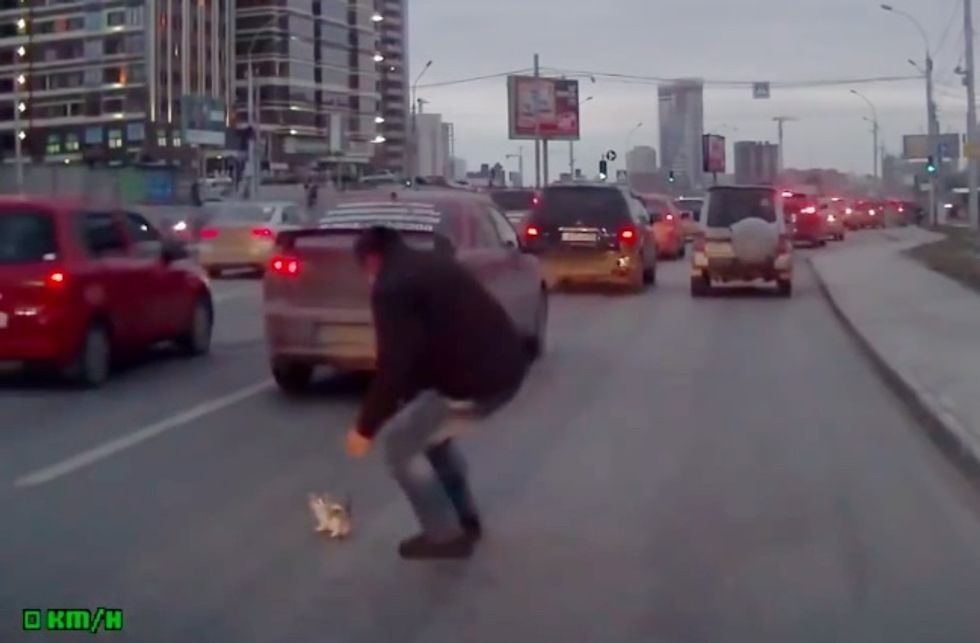 The kitten climbed up to him and held onto him as if he was saying "Thank You!"

Meanwhile, a kind woman witnessed what just happened and pulled her car over. She offered to care for the kitten and took the little one with her. 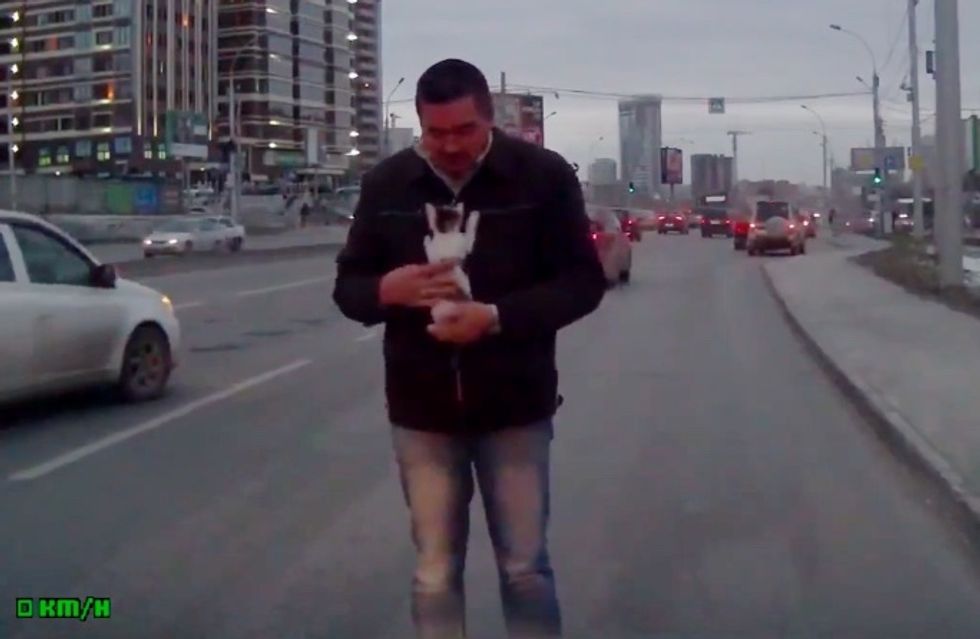 After the incident, the footage was uploaded to YouTube. A man named Alexey Mikhailenko commented below the video and said the lady in the footage is his wife, and the kitten is in good hands and doing well. They named him MAIL.

Watch the footage in this video:

Related story: This Man Saves a Cat From Freeway While Everyone Else Refused to Help!