A young man rushed to save a cat freezing on the side of the road covered in snow while others kept driving by. He knew he had to save her. 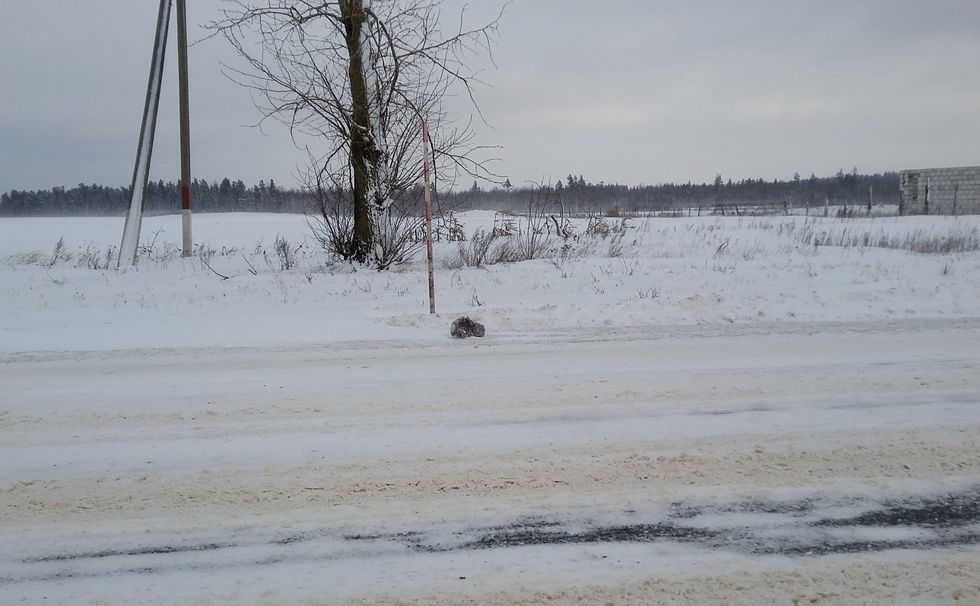 On January 3rd, 2017, a man named Slava (@CatPusic) was driving on a cold snowy day when he spotted what looked like a frozen ball of fur on the side of the road.

"I thought it was an animal and it must be freezing in this weather," Slava told Love Meow. Cars kept passing by but no one stopped. He knew he had to do something to get the cat to safety.

Slava tried to turn around, but the cat was startled and tried to jump on a tree to hide. So he drove his car to the other side of the road and walked back to the cat who was then sitting in the snow, completely immobile and not making a sound. 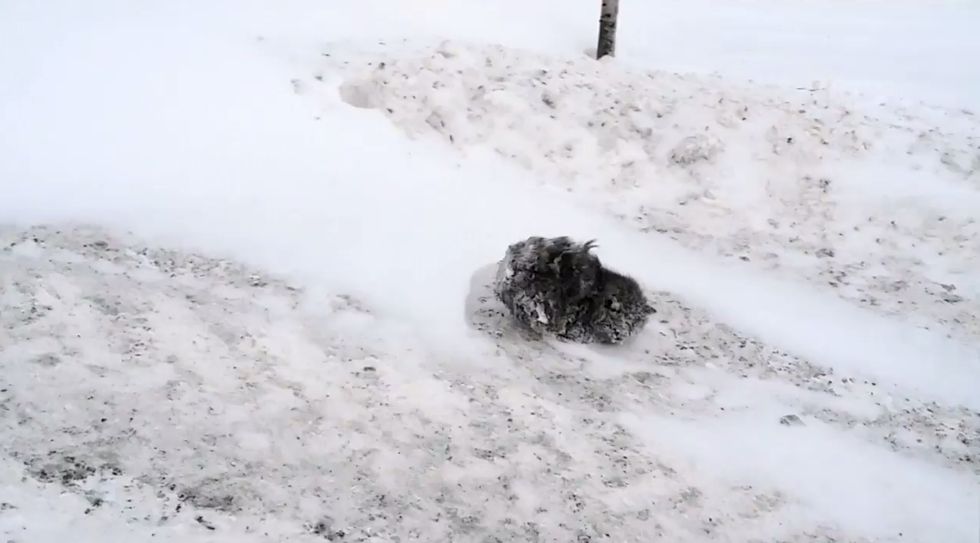 "It was very cold, so I wrapped her up in a towel and brought her back to my car. I turned up the heat to full capacity to help remove the frost on her coat," Slava told Love Meow.

He named the kitty Nika. [Scroll down for video] 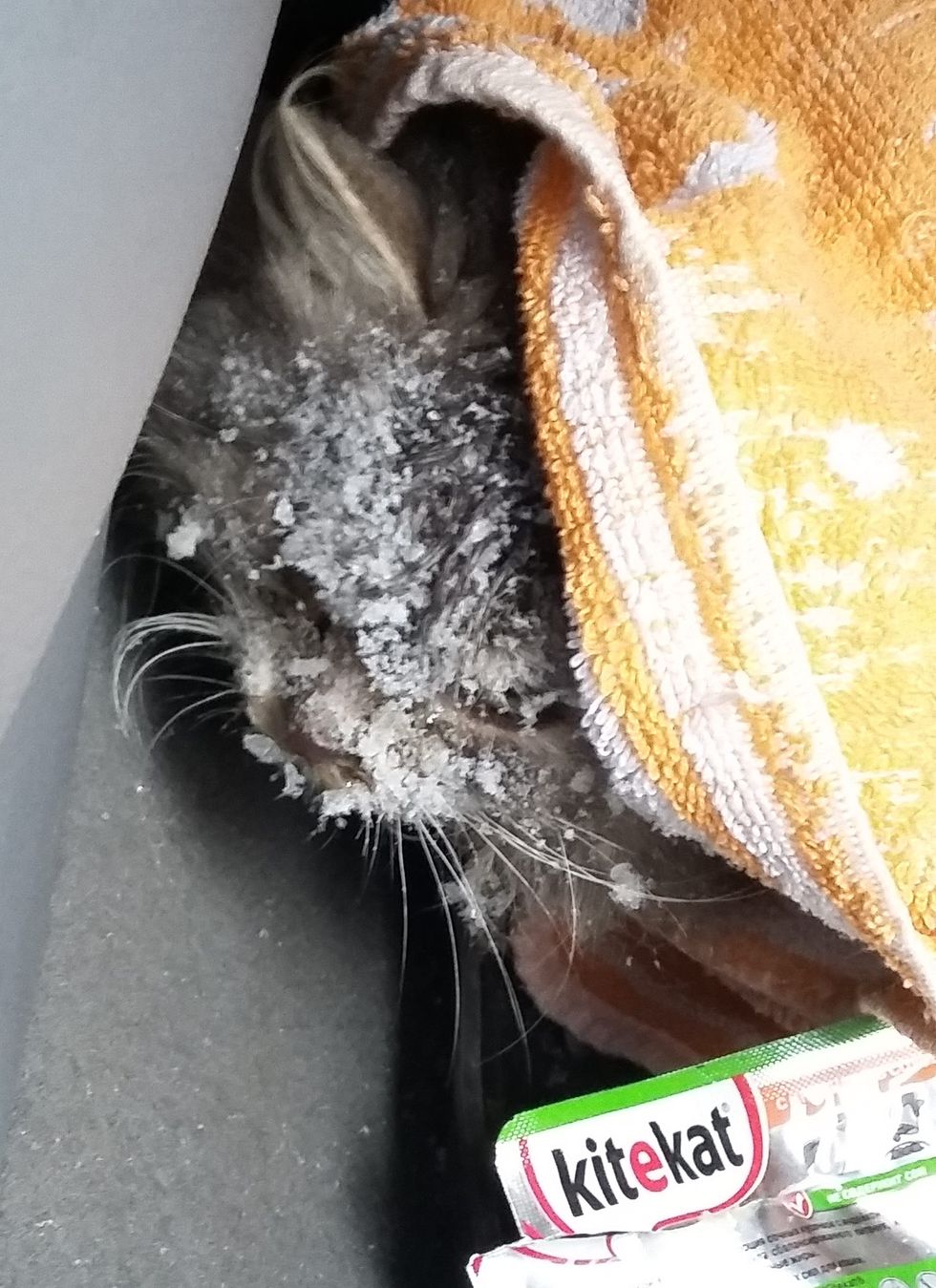 Slava drove the cat to his father's house where they prepared a warm bed with several blankets, a radiator and a lamp nearby.

The kitty was so happy to be warm and safe that she purred up a storm and thanked her rescuers by rubbing her face against their hands.

"I think that the kitten got lost and ended up in a field with a few trees and she couldn't find the exit due to heavy snow and did not have the strength to move," Slave told Love Meow.

On her way to the vet. 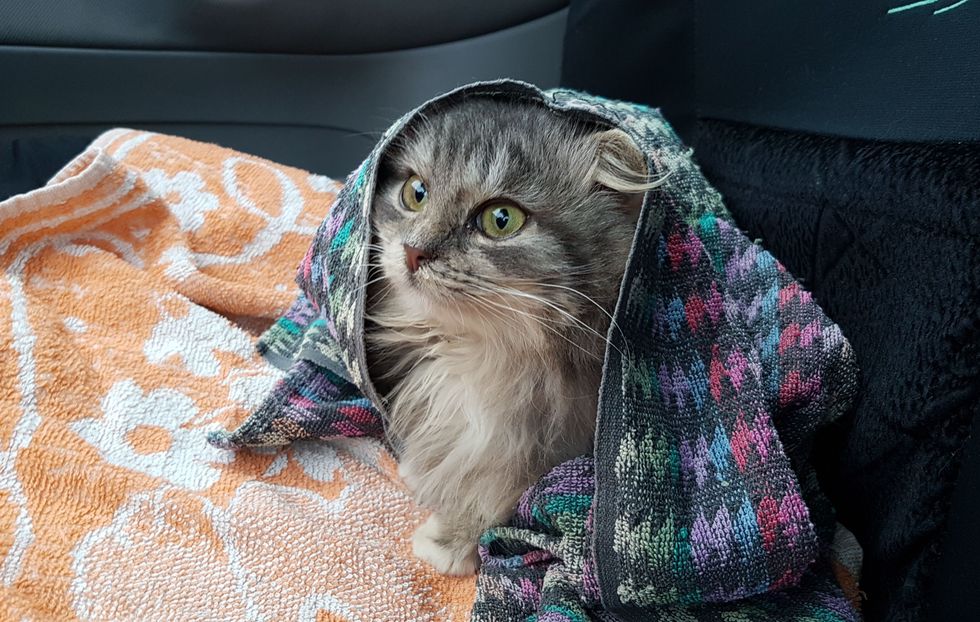 After a trip to the vet, the sweet kitty was determined to be six months old. Her tail was frostbitten so bad that it had to be amputated, but little Nika underwent the surgery like a champ.

"She knew that we were trying to help. She was patient, did not complain and was very sweet the whole time." 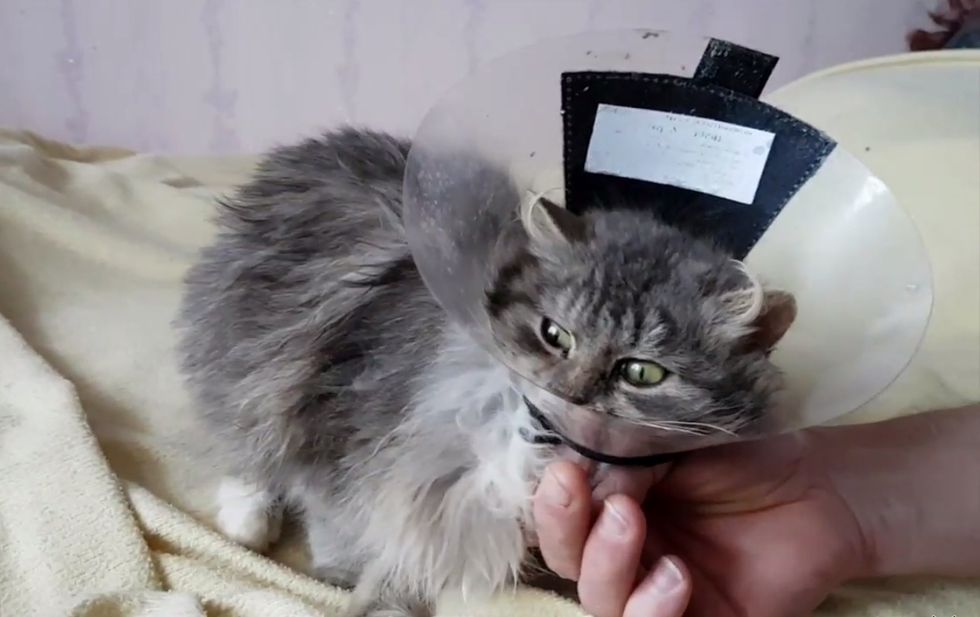 Two weeks later, Nika bounced back strong and her personality started to shine through.

"She is an active cat who likes to play and run," Slava told Love Meow. 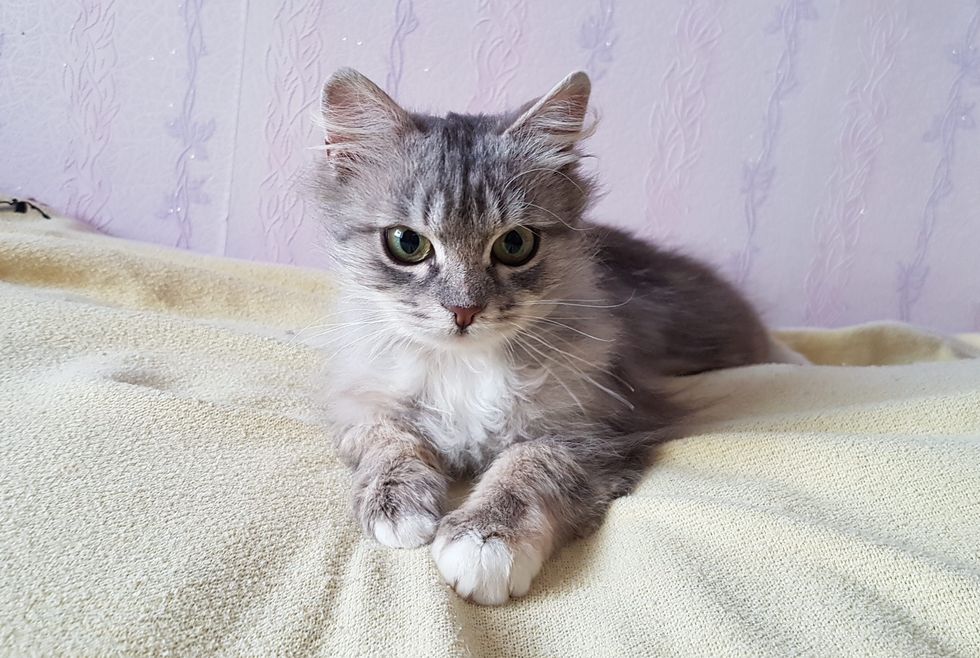 The sweet fluffy girl is living in a loving home and couldn't be happier. 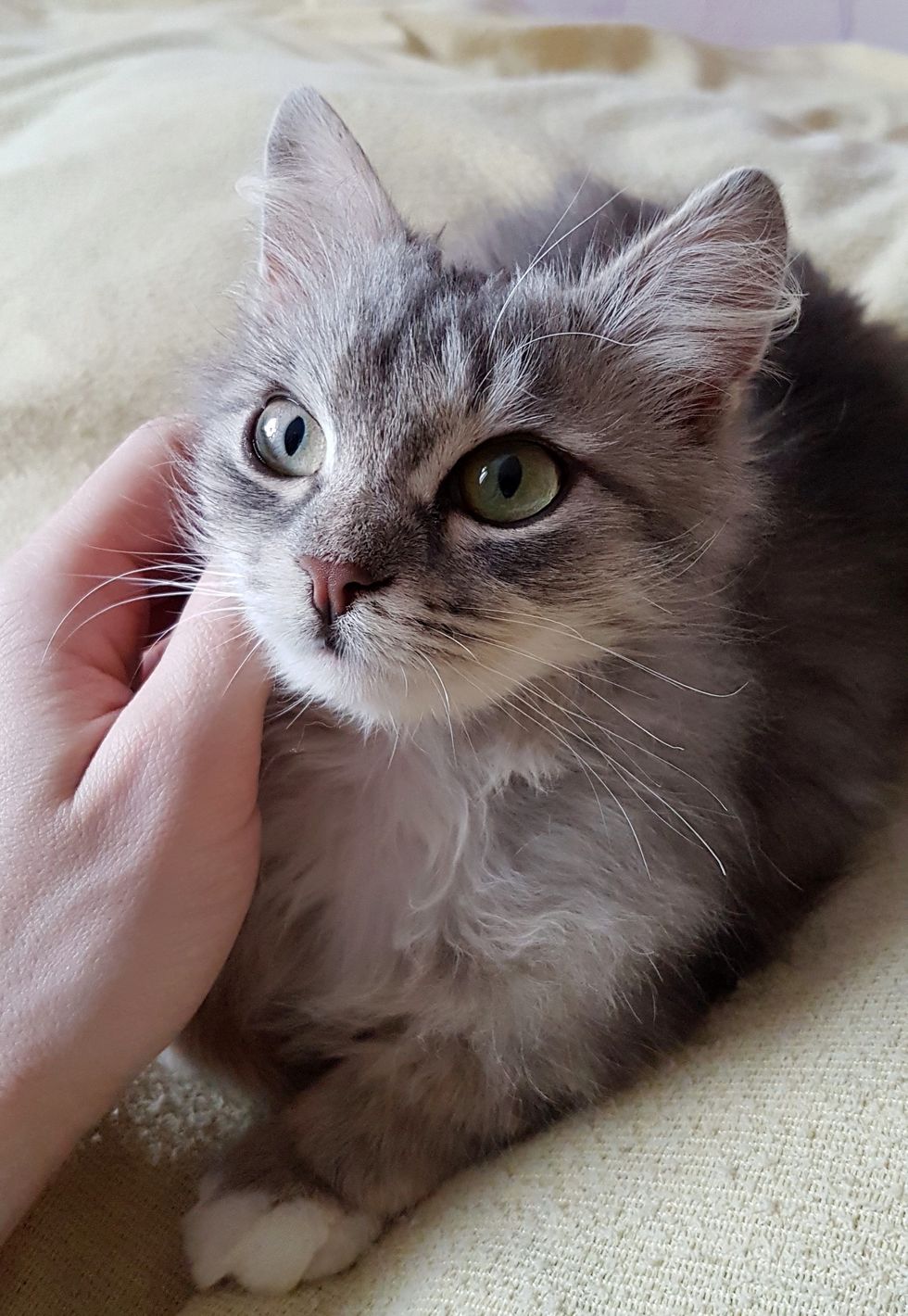