Man Saw Kitten Fall from Bridge and Rushed to Save Her

A kind man from Japan saw a kitten fall from a large bridge. She couldn't move her hind legs and needed help. 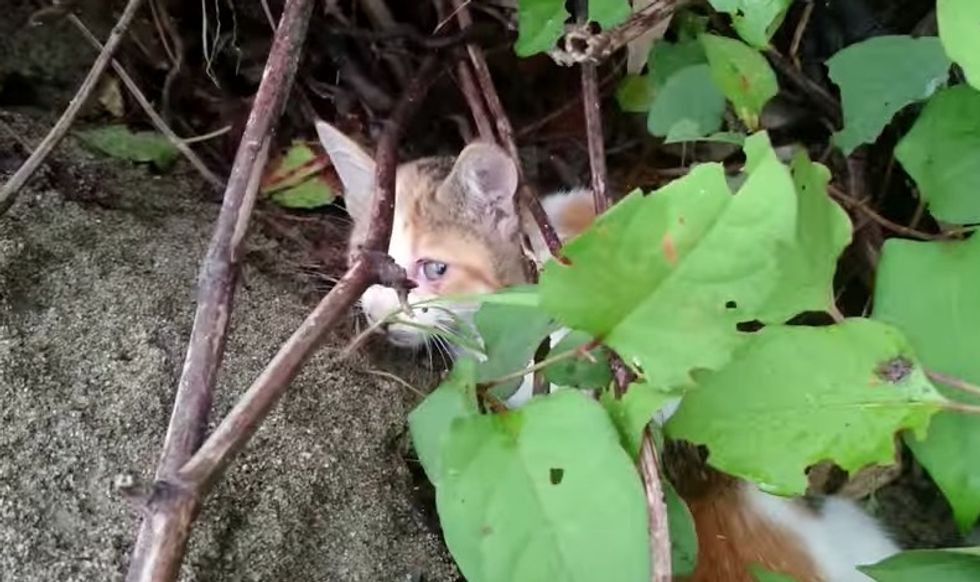 On September 8, 2015, a man was taking a walk by a river, when suddenly he saw a kitten fall from a bridge and land on the bushes. He rushed to see if the kitten was OK.

The little calico was alive and cowering under all the branches. So he pulled her out and placed her on the ground, and that's when he realized the kitten's hind quarters were paralyzed.

The man had one thing in mind - save the kitten.

“Come to my home," he said to the frightened little stray softly as he petted her on her back. The kitten began to relax when she felt the love. 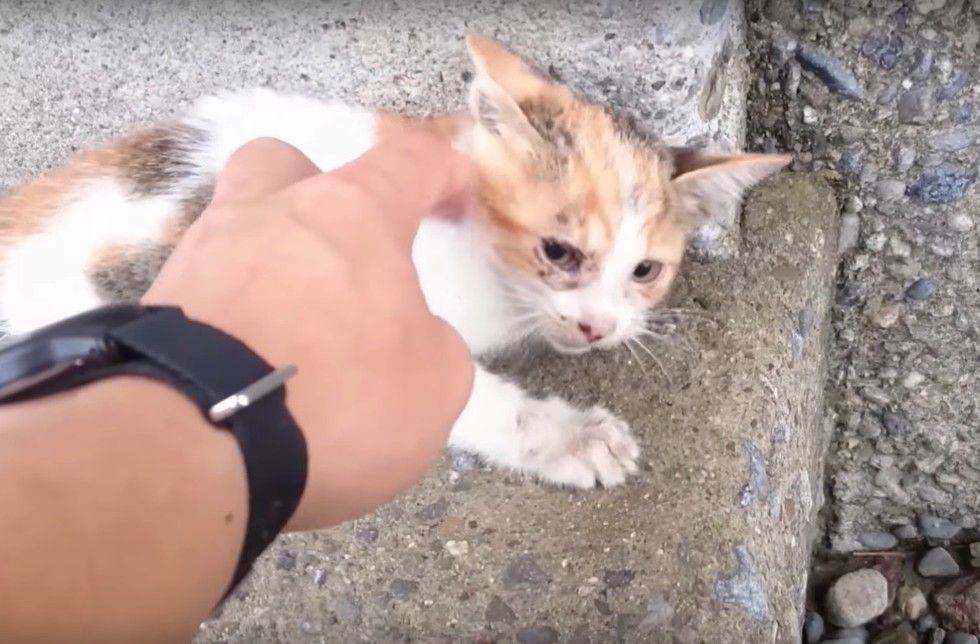 He got her the medical attention she needed and started caring for her around the clock.

The little kitten was named Nene. 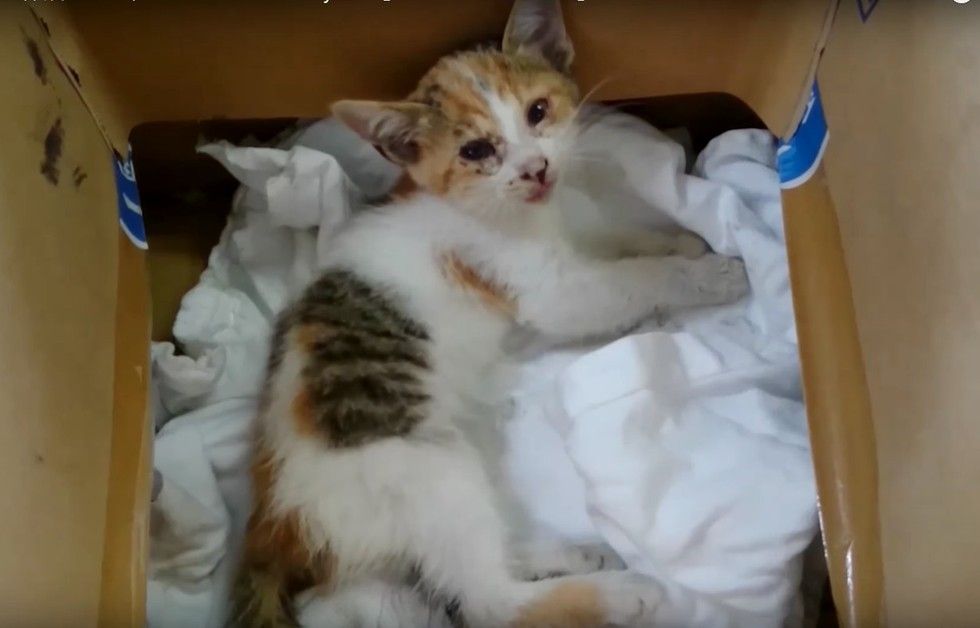 Nene was still very scared after moving into her new home. She was so frail and weak, but after scarfing down a bowl of kitten food, already she looked like a different kitty.

The resident cat Uzu, a friendly ginger girl who is also a rescue, came to meet the new family member. 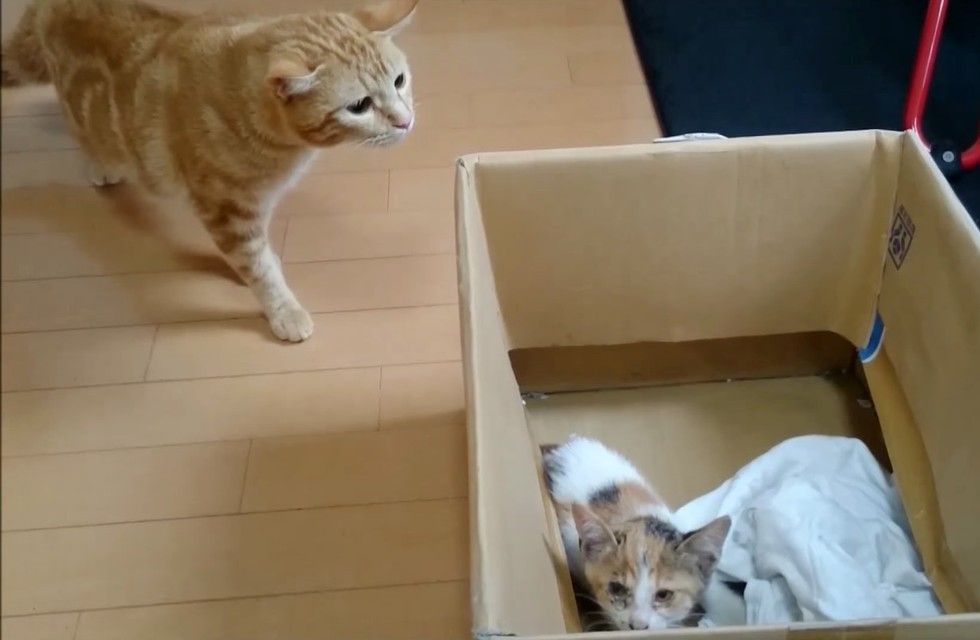 The next day, the river flooded the area where the kitten was found. The man was so glad that the kitten had escaped a certain death.

On day three, her appetite grew, and on day five, she warmed up to the resident cat Uzu and followed her everywhere she went. 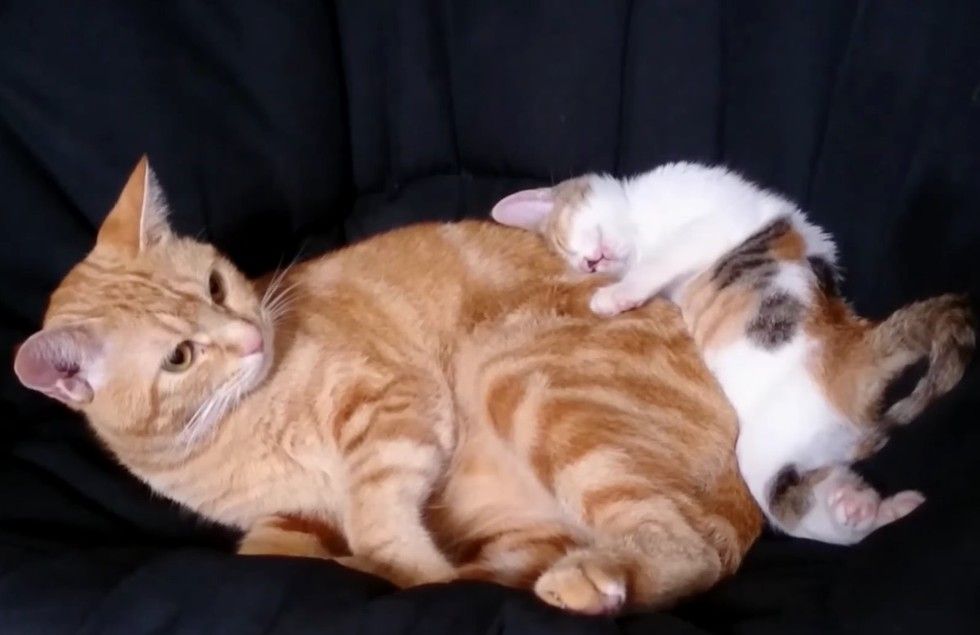 Soon the two became inseparable and Uzu adopted the little calico kitten as her own. From that day on, Nene's recovery sped up.

She regained feeling in her legs and muscle strength to help her stand and even walk. Uzu played with her every day to keep her active around the house. 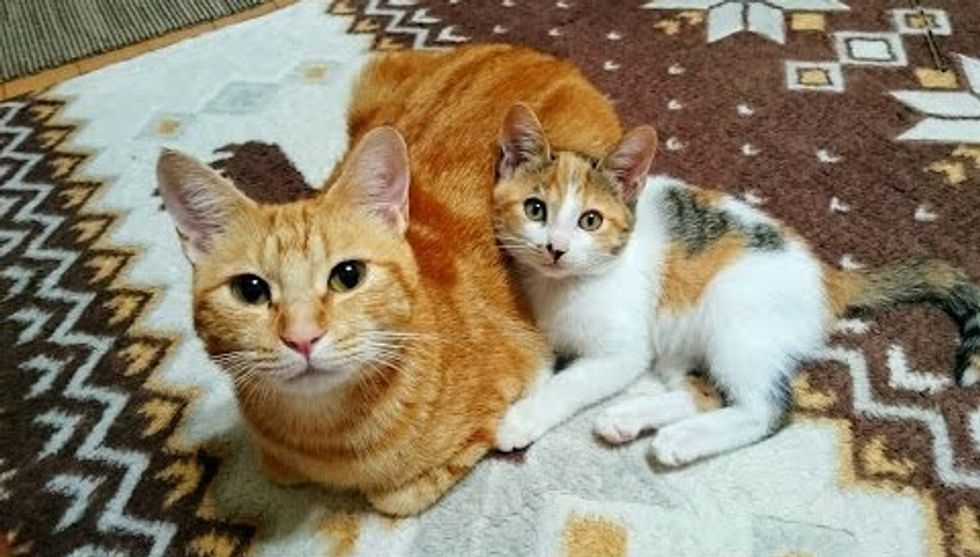 With a lot of love, Nene's legs have recovered 80% of their use in just one year, and now she can jump from a cat tree like a champ!

A year after the rescue... What a difference love makes! 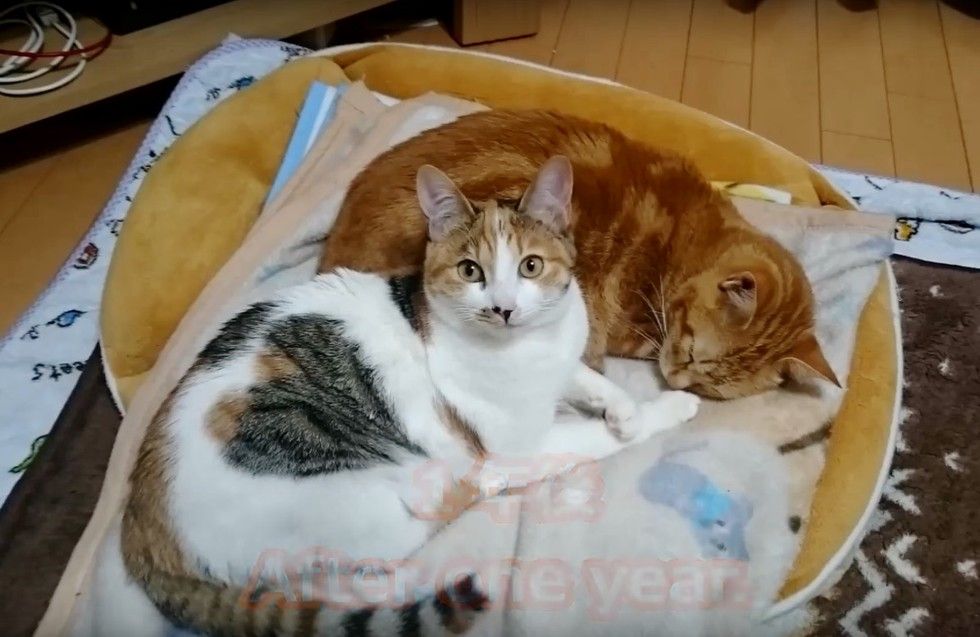