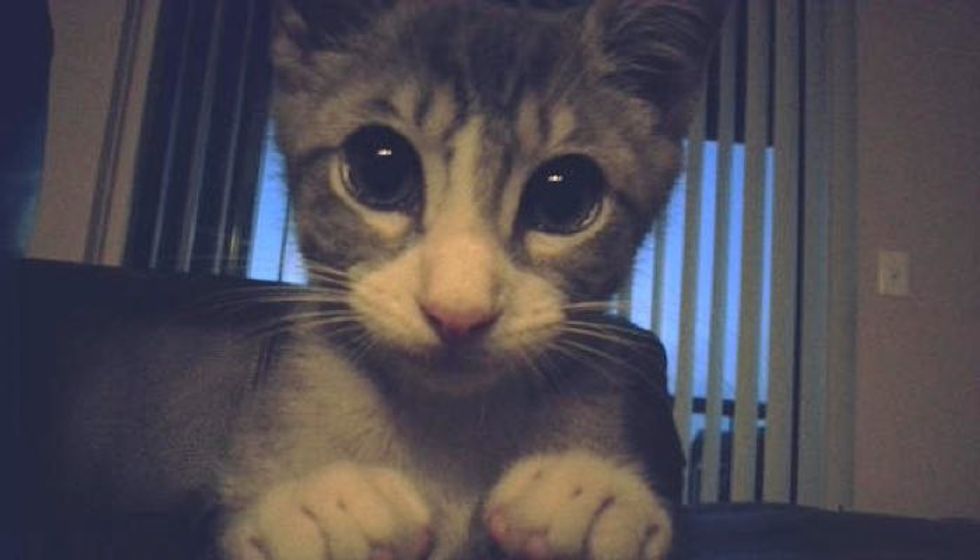 Man Stops on Highway to Save Frightened Feral Kitten

A man spotted a tiny kitten on the highway. He stopped his car and brought the little frightened kitty to safety.

"He was feral, but after some time he calmed down… I learned 'if you feed it enough it will love you,'" PandaPocaryps wrote on reddit.

The little kitty was named Eleven.

"in 98F degree heat, during rush hour traffic, while breaking in traffic something small ran across (from right to left) this 5 lane highway right in front of my car."

"As I passed I looked to the median and noticed it was a kitten... I had to take the 1st exit, double back and rescue him. I picked him up and he bit me.... twice, but I got him in my car."

He took the kitten to the vet for an emergency visit. They treated his eye infection and found out that the kitten was just 5 weeks old.

"A month and a half later he is well adjusted and killing his fav stuffed Panda daily."

He was named Eleven.

This is his favorite thing to do now.

Update: Eleven all grown up!