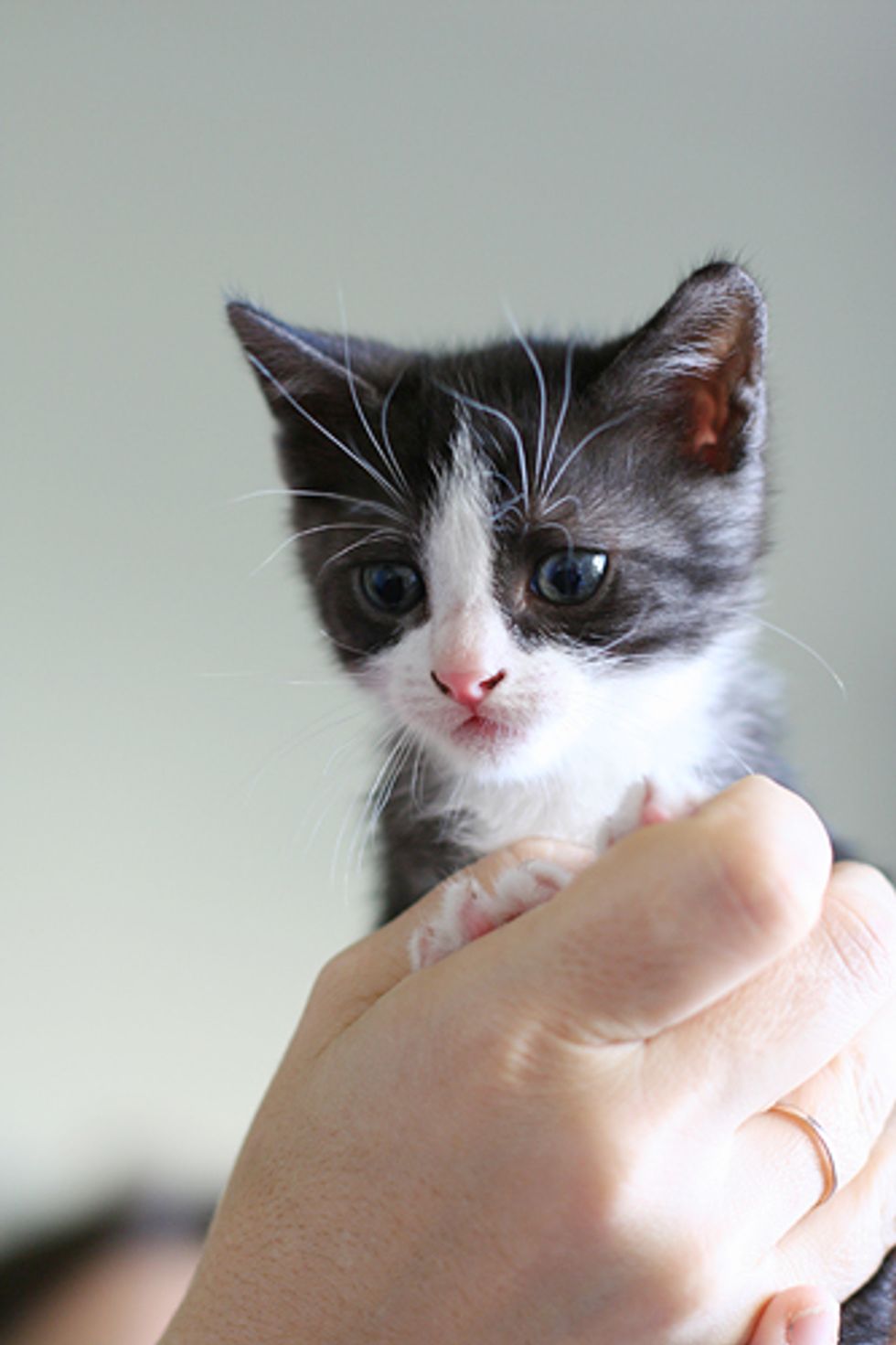 Madeleine is a sweet and talkative tabby who was rescued very pregnant and later sent to foster care with Marilia Bavaresco, in south Brazil. She is very mild and sweet. "When she was rescued, we found pink nail polish on her fur possibly caused by a few teenagers," said Giane Portal, Marilia's good friend and also a cat rescuer herself.

Marilia already has four cats of her own, so Madeleine had to stay in the bathroom temporarily during her pregnancy, "but for her, who used to live in the streets, it was like an luxury suite."

Madeleine gave birth to five lovely kittens: Carol, Gabi, Flor, Dustin and Juliano. Since Marilia works in a huge hospital in the city she managed to find good homes for the kittens very quickly.

Meanwhile, another friend of Giane's, Rosi, found a little stray named Marcelinho who was wandering alone on the street in another town. Marilia offered to foster the little ginger and white kitten right away, but at first Madeleine was not very pleased with the new addition in the family and became very protective of her own kittens. There was always tension in the house and Marcelinho alienated himself from the litter. Giane and Marilia later decided to give Marcelinho a separate room to himself.

"For the first time, he was purring like a loud motor! All the aggression disappeared. He was just scared, yet still trying to be brave." Giane realized that Marcelinho wanted to be close to a mother figure because he was abandoned for a while as a baby. Marilia gave him some kitty milk and held him in her arms to provide some comfort. After having his tummy fed, Marcelinho fell asleep in Marilia's arms very peacefully.

Madeleine, her kittens and Marcelinho are the lucky ones. Many strays and ferals do not have the chance to be cared for and find a forever home. Spaying and neutering will make a difference for these cats.

All the kittens are in their new homes now, except Dustin who is expecting his forever home very soon. Madeleine the mother cat is still looking for a family to love her forever.