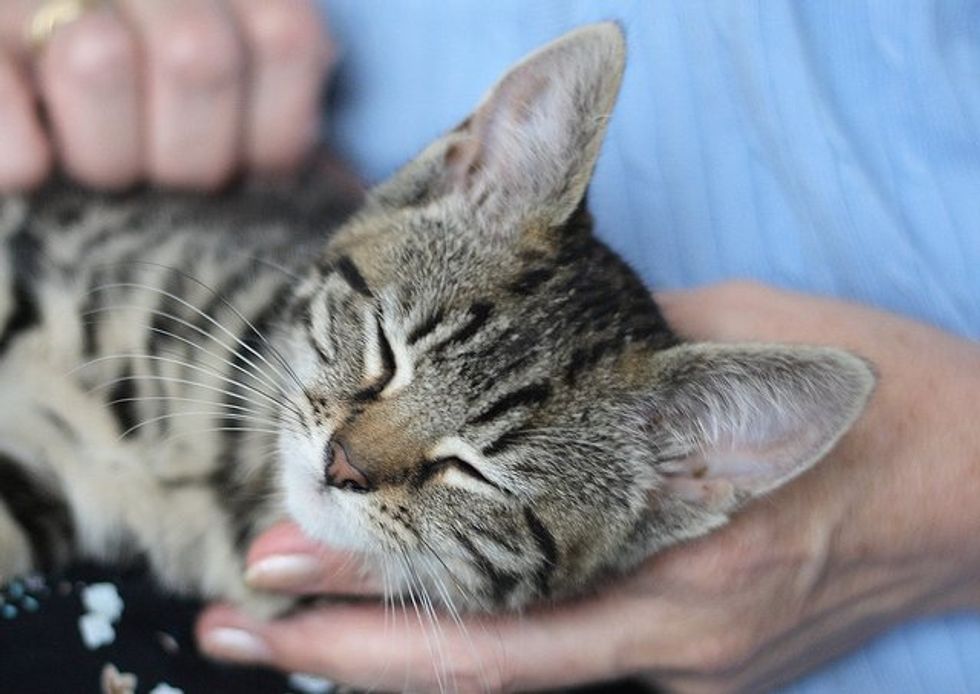 Milly the Timid Kitten Comes Out of Her Shell

Milly is the new addition to our family. In August our beloved cat Cleo sadly parted us. We had her from an 8 week old kitten until she was 16 years old. Losing her was such a horrible experience, and the house felt empty without her. After much searching on-line, phone calls, emails, visits to rescues and a few let downs, we saw Milly on the Cats Protection website. She was a tiny 11 week old tabby with the most beautiful markings, who'd been abandoned by her mother with her 3 sisters.

Her 3 sisters had been homed already but we were told by the fosterer that Milly was extremely timid and scared and hadn't found a home because people were put off by her always hiding away at the back of the cage. When I held her, she looked terrified but there was just something about her. Our home is quiet with no children or other animals around, so hopefully it would be perfect for her. A few days later we brought her home.

She hid away for the first few days but slowly came out on the 2nd night. We got nearer to her over the next few hours, getting down on her level and trying to play with her. She was still wary but I reached over, gently stroked her head, and it was like with a click of my fingers, she changed. She was purring like mad and lapping up all the attention we could give her!

Now at 15 weeks old, she is still a little nervous of new people and sounds but has become the sweetest and most affectionate cat! She loves chasing balls and string, is insistent on sleeping on your lap in the most random positions – her favourite seems to be her back with her legs in the air - and is a joy to have around. I think she just needed to gain the trust of people and I'm so glad we took the chance as we couldn't be without her now!