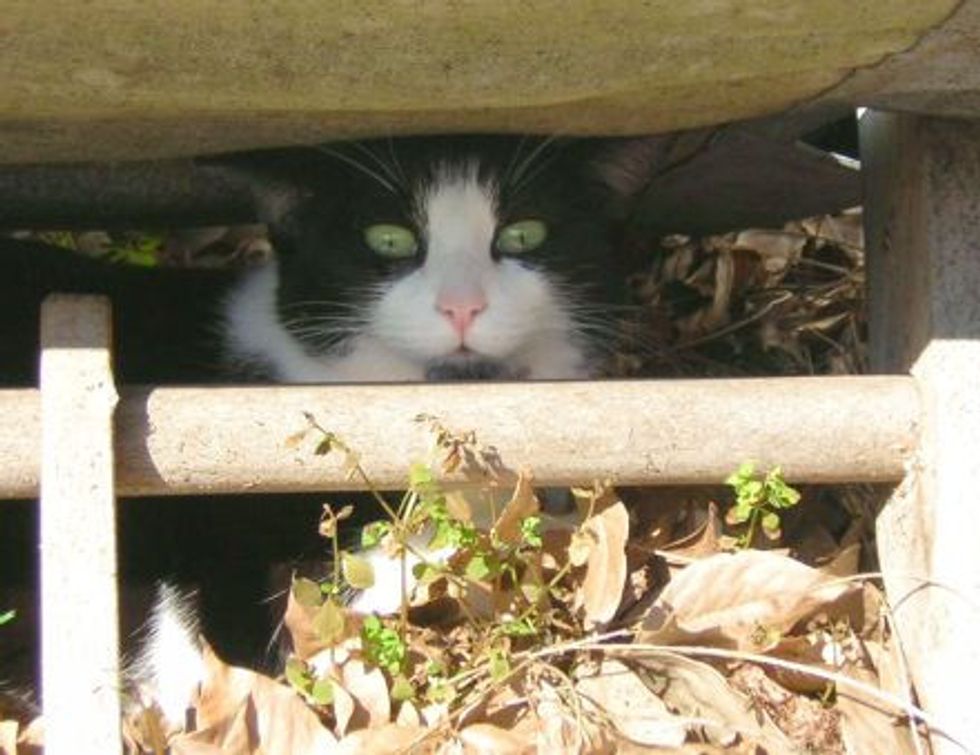 Missing Cat Found at a Pub

Oddball, a cat who has a distinctive black and white colored face, went missing for two months after she sneaked out of her house and hitched a ride on a bus. During those two months of living without her owner, Oddball found an interesting place to reside.

When Oddball ran out of the house, she went up to a Hampshire County Council bus, which was around 30 feet from her home. It was at the Heath Children's Center in Reason Close. While people were unloading the children's play equipment off the bus, Oddball quietly hopped onto the bus without anyone noticing.

By the time the driver arrived in Liphook in Hampshire, UK, he discovered the little feline hiding inside the vehicle, but she quickly sprang out of the bus and fled.

While Oddball was missing, Clayre Milton, the cat owner, was frantically trying to look for her cat. She posted notices everywhere and went out to ask people if they had seen the cat. Some people responded that they saw the cat which turned out to be another cat that lived in the same area.

Clayre was worried that she would not find her cat anymore. In order to cope with her loss, she got another cat to ease her pain.

In the meantime, Oddball found a new residential home right underneath The Royal Anchor pub in Liphook. When she was finally found at the pub, she was quickly taken to the Haslemere Cat Adoption Center where they located her microchip and identified her owner. Oddball only had mild malnutrition, but aside from that, the she was healthy.

Clayre was contacted about her cat on New Year's Eve, but she never got the message until after office hours. "I was ringing them frantically again and again on New Year's Day because I needed to take my cat back."

This was the best New Year's Eve gift that Clayre ever had. Oddball's previous owner died from a motorcycle accident. It meant a lot to Clayre to have her cat returned.