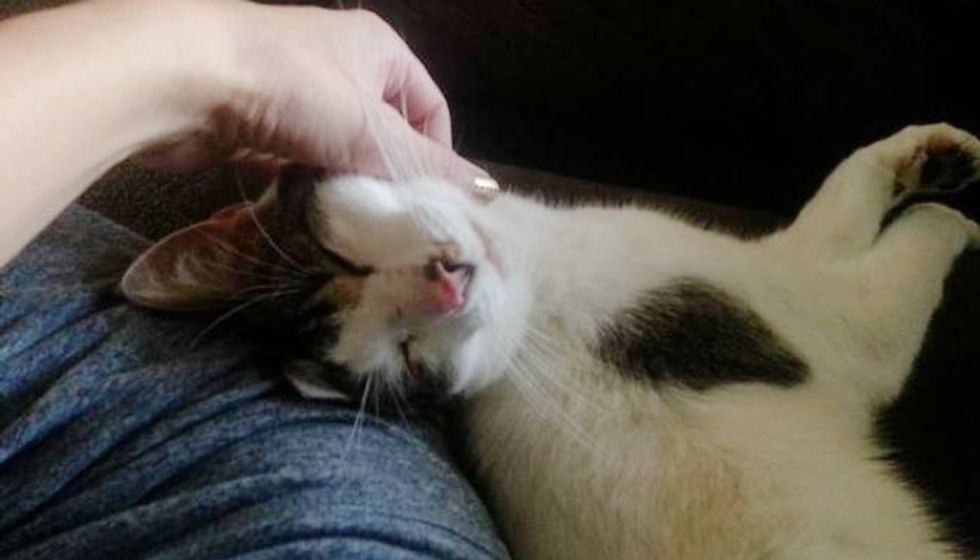 It was an emotional reunion when Rado the cat returned to his family after losing his owner in a fatal car accident.

On August 23, 25-year-old Kayce Chik was driving with her three pets inside her car, but lost control of it and crashed near the Eisenhower tunnel in Colorado.

Her pets survived the crash and ran off into the wilderness.

Over the next five weeks, Kayce's family, friends and volunteers went on a mission to find the missing pets: Rido and Rado the cats and Chulo the dog.

More info: 9news | All Paws Home for Kayce | How you can help

They combed miles of forests and trails but it was to no avail until on September 27, a resident in Baskerville spotted what appeared to be one of Kayce's cats in his yard.

"We were so excited. We were beginning to lose hope and we almost called off the search. I am so glad we didn't," Debbie Diver, a search volunteer of Colorado Lost and Found Pets, told 9news.

They set up a trail camera near the area where Rado was believed to be seen. The camera captured Rado visiting the same spot two nights in a row. On the third day, they set up a trap with food and a sweater that belonged to Kayce. "He could smell her, and he walked right in. I couldn't believe it," Diver said.

It was an emotional reunion when Rado was brought back to Kayce's sister, Tori Ingle. "My sister would be so grateful and proud… and I feel so much love. I feel like Kayce sent him back for us, to give us comfort," Ingle said.

Tori was reunited with a little piece of Kayce's heart. "I was laying on the bed with him, just crying. He just lays there and puts his paw on me."

Rado is home, safe and sound!

Ingle shared a Thank You note after the reunion with Rado.

"Here is Rado snuggling up with me for TV time," Ingle said.

"We are not going to stop looking. We want to bring them home," Diver added. Share this story!