Last winter, a tabby cat named Gus was brought to a shelter in Wisconsin with a terrible eye infection.

Stefan Hochstatter and his wife Leslie offered to foster him, but little did they know that Gus had a plan of his own. 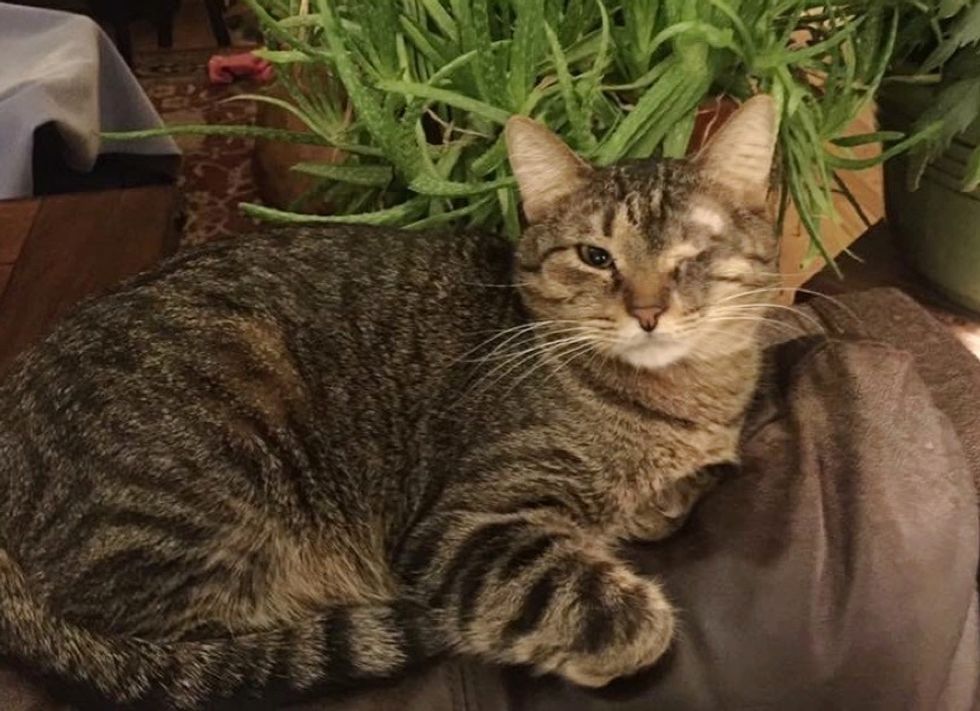 Gus was rescued by the Wisconsin Humane Society (the Ozaukee Campus) after his elderly owner could no longer care for him. One of his eyes was severely infected and couldn't be saved.

"He needed a foster family for a few weeks while he recovered from the eye removal surgery and to receive antibiotics to ensure a full recovery," Stefan told Love Meow.

Soon after they brought him home, Gus made his way to the top of the kitchen cabinets and decided to spend his first couple of hours perching and observing the household of three humans, one dog and two other cats. 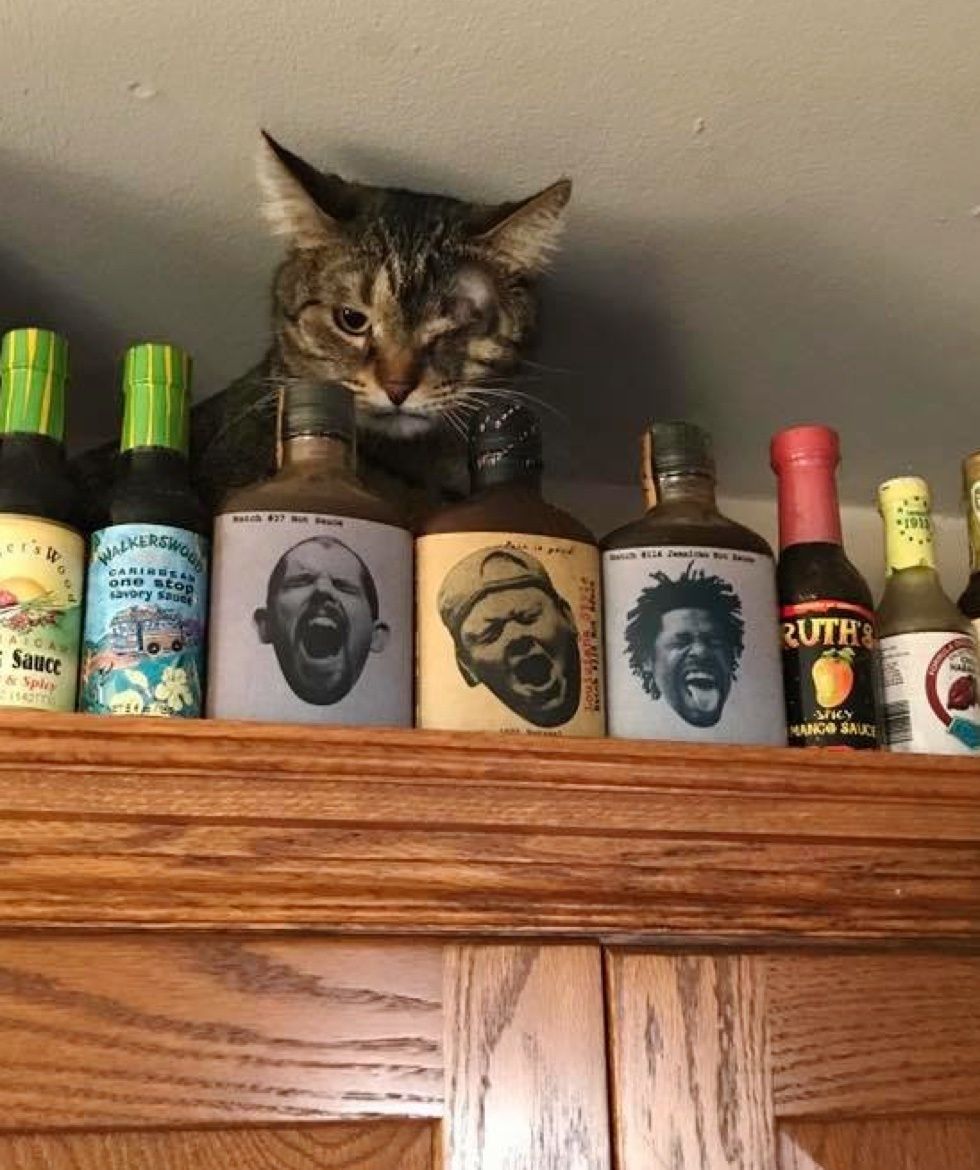 "After those hours, he jumped down and literally just joined the family like he had always been there. It was a bit unreal how he had zero fear of anything and no hesitation of anything. Never had a foster like that before."

But what surprised them even more was how quickly Gus hit it off with their furry residents. "Our other animals treated him like he'd been there his whole life. Normally, they are a bit aloof and unsure about new adult animals for the first week. This time, each of them immediately came up to him, interacting as if they had been best buds for a long time." 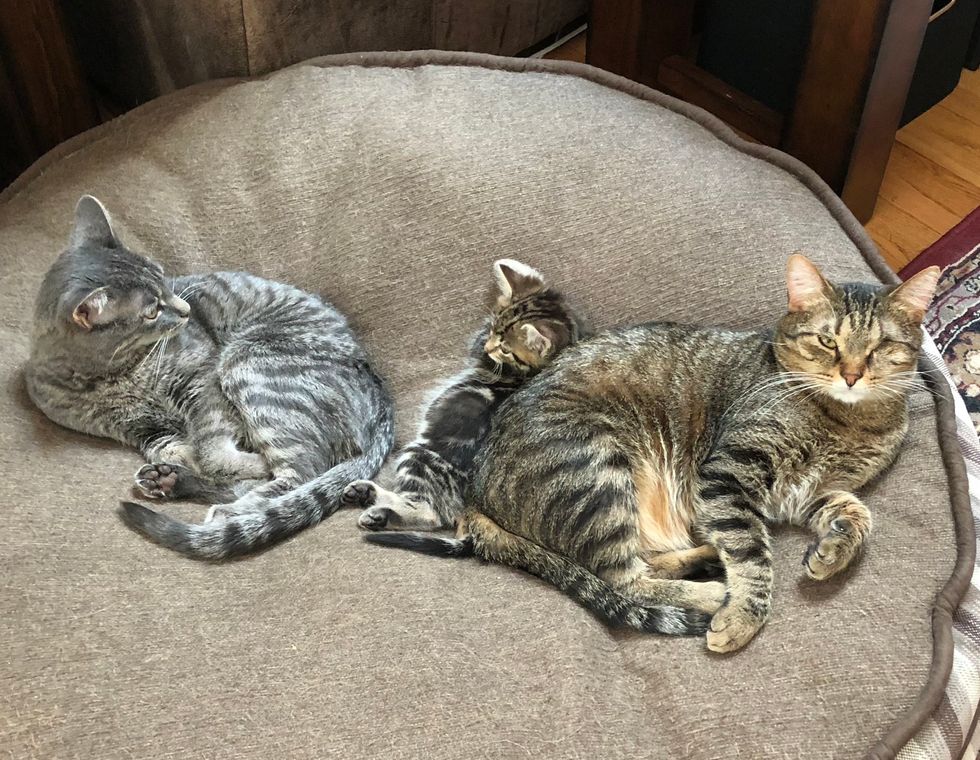 The family continued to foster for their local Humane Society after Gus officially joined the household. They brought home a mother cat with four newborn kittens, and without hesitation, Gus decided to help. 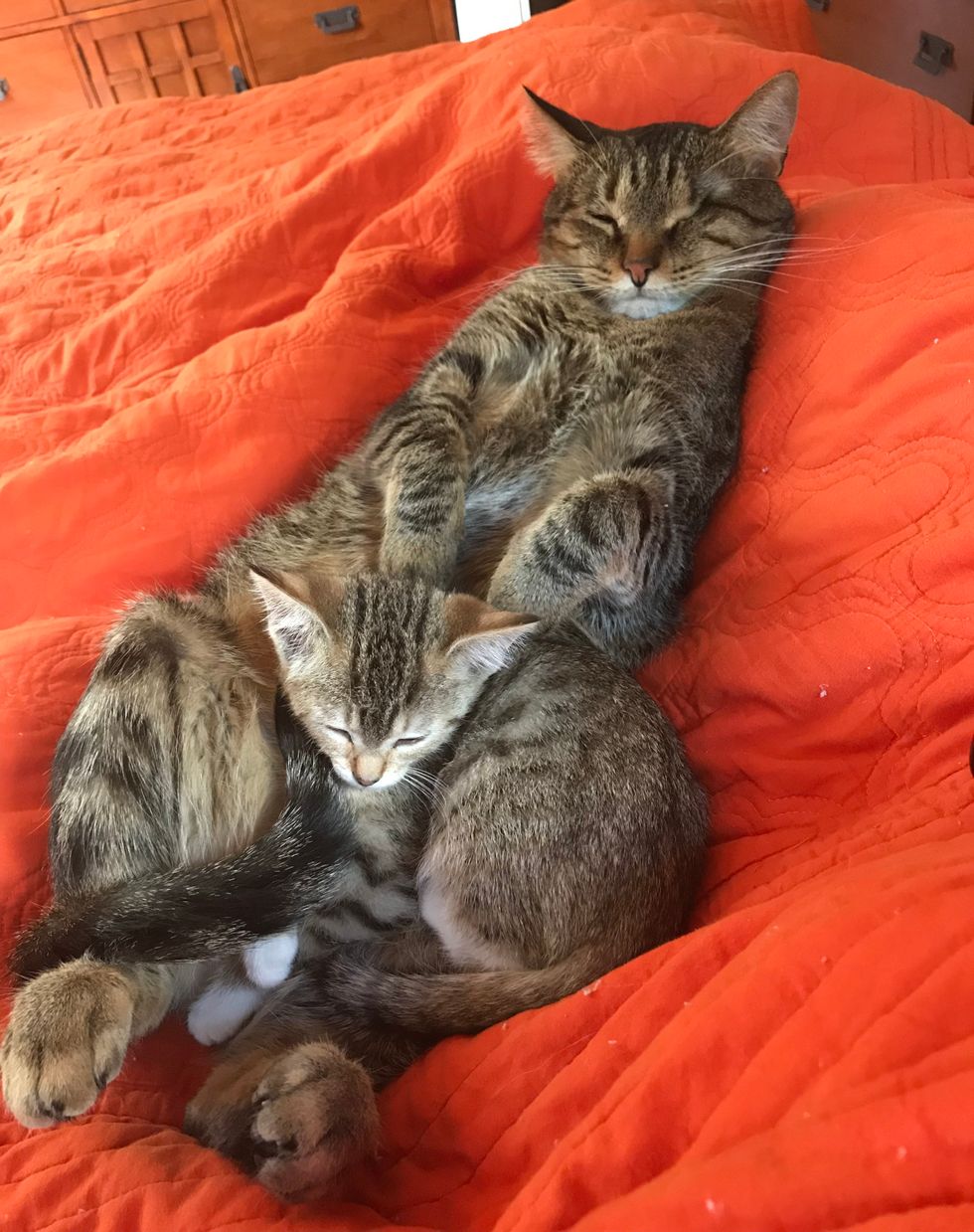 "We kept the mother in a playpen in the living room so she could have an area safe from foot traffic but still around all of us," Stefan said. "Gus immediately sat near the mother cat on the other side of the playpen and 'guarded' her and the kittens."

He stayed by their side for about eight hours each day for weeks, watching over them and keeping them company. "He never approached the kittens, since the mother cat was there. He was very respectful, but obviously fascinated." 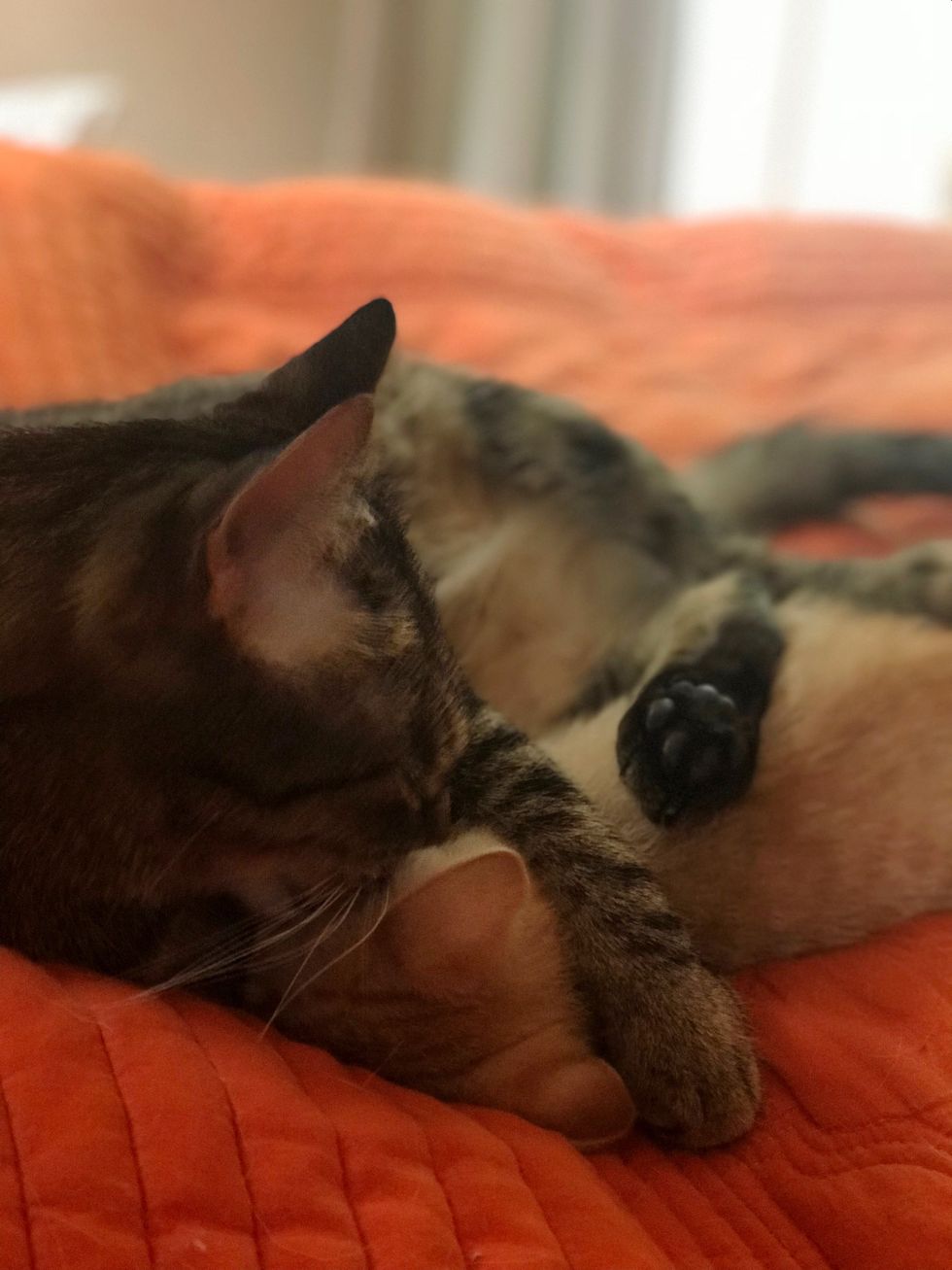 Following that, the family brought home a few litters of orphaned kittens, and some of them needed to be bottle fed. "That's when his nature really came shining through."

Watch Gus and his foster kittens in this cute video:

"We brought a batch home, and within an hour, he was laying with them cleaning each of them from head to toe just like he was their mother," Stefan told Love Meow.

No matter how big or tiny the kittens are or how long they need to stay in foster care, Gus showers them with love, baths and plenty of snuggles. He teaches them how to be a cat and cuddles with them constantly so they never feel alone. 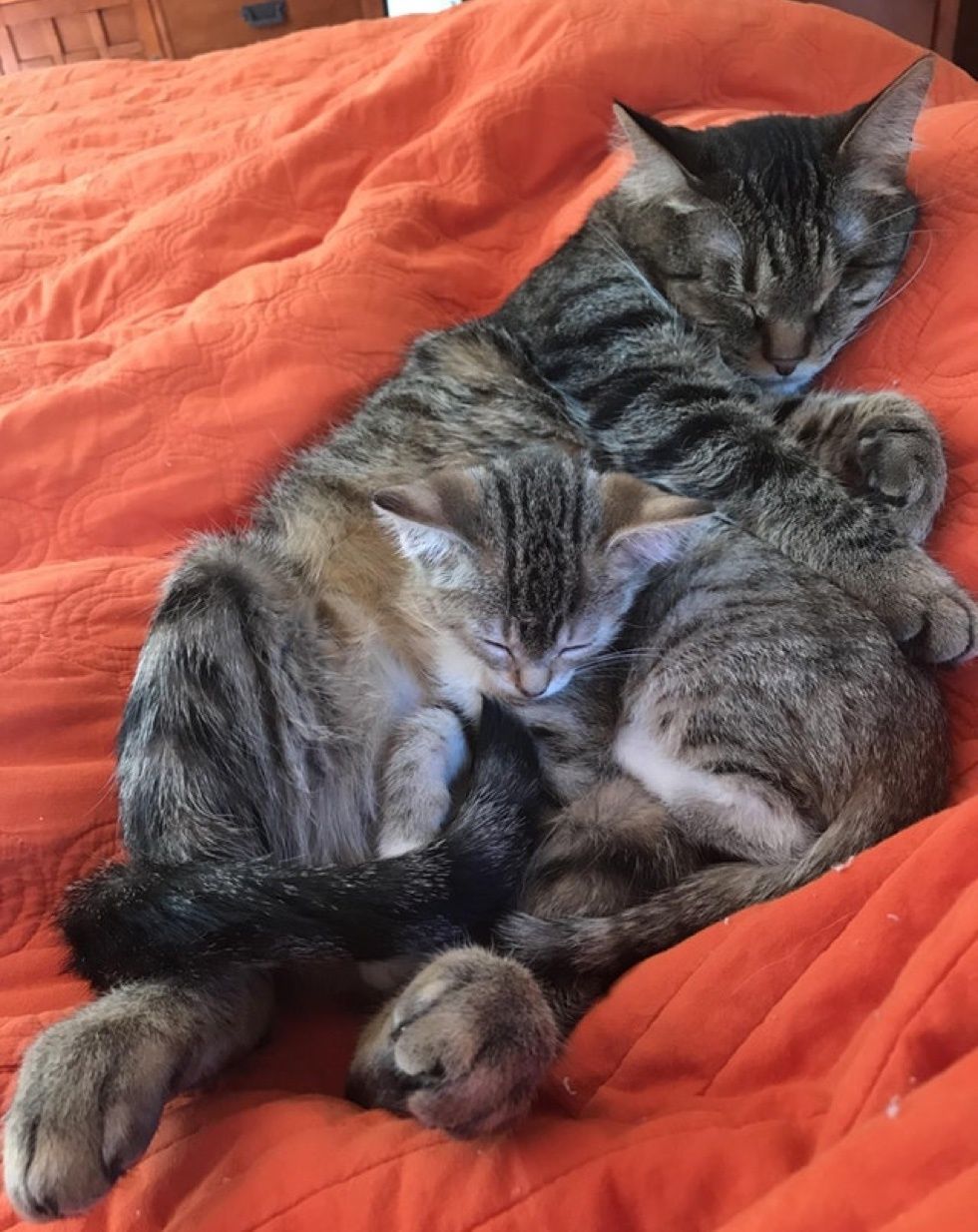 "They always seek him out for nap time, snuggles or just to play. Many of them tend to follow him around and make sure they're in the same room with him, even if they're just playing with each other," Stefan said.

"When kittens get too rough with each other or one starts complaining, Gus always jumps in the middle of it and the kittens seem to respect him like they would a parent. It's pretty adorable." 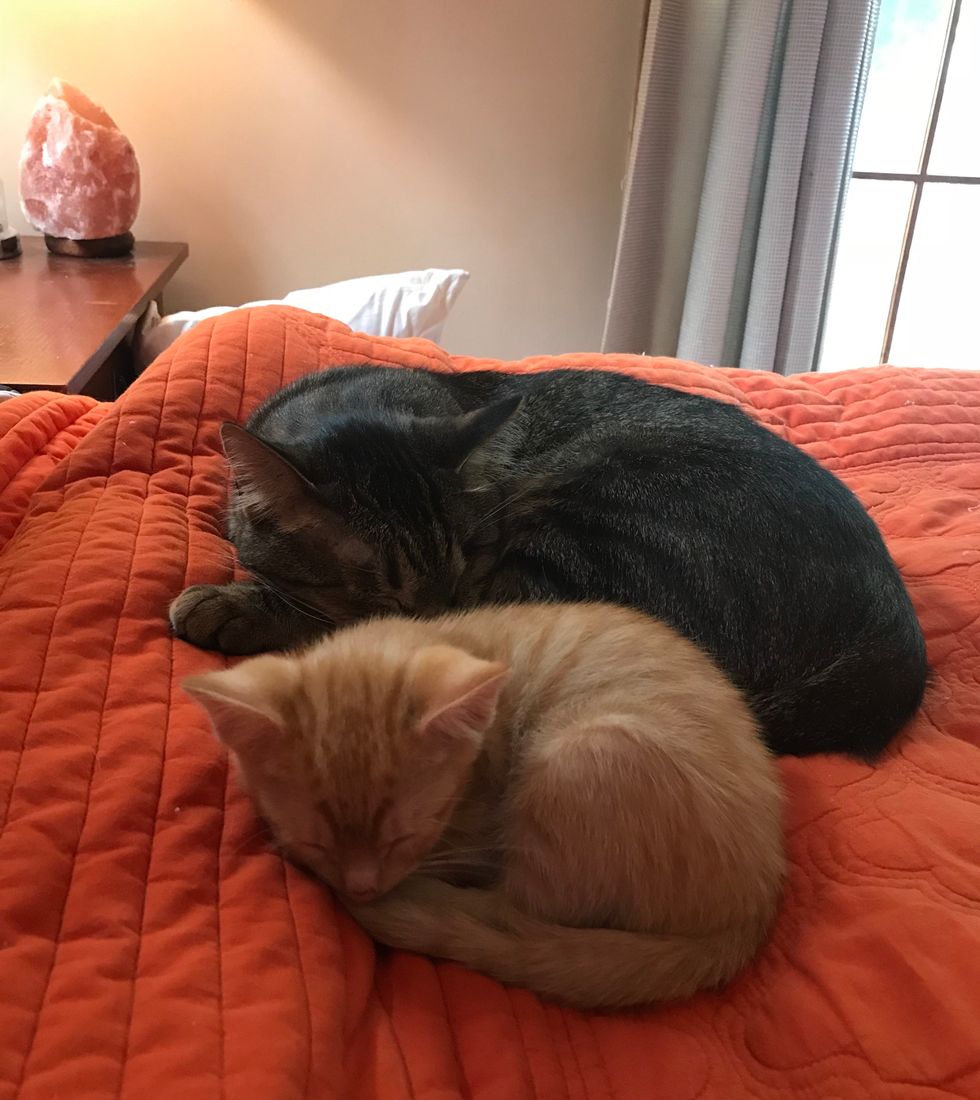 Gus has helped his humans raise around 14 foster kittens over the past several months. He's been a source of comfort especially for those who came as orphans.

"He's the only foster animal we've ever adopted. He's the most incredible foster dad to every batch of kittens we've taken care of." 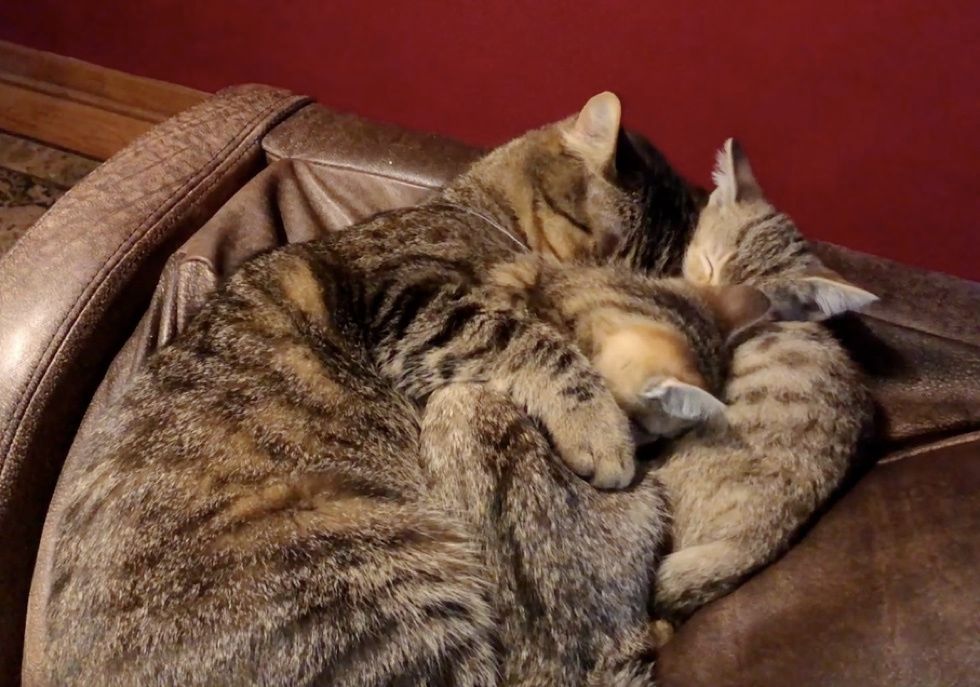