Paralyzed Kitten No One Wanted Finds Woman He Loves And Couldn't Stop Cuddling...

A tuxedo kitten came to Saint Frances Animal Center with paralysis in his back legs, but the little guy didn't think he was any different. He ran around with his front legs, taking over dog beds left and right.

His name is Mr. Whiskers! 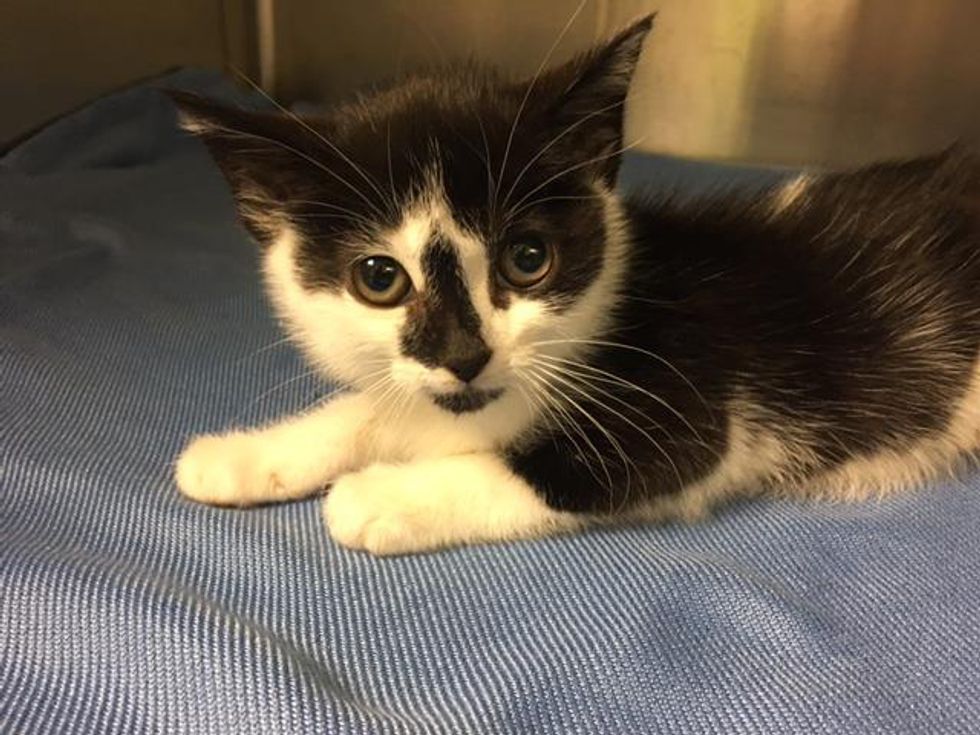 The playful little wonder boy lets nothing slow him down. The only thing he needs assistance is when he pees.

"He can't pee on his own, so his family will have to express his bladder 3 - 4 times a day. But trust us, it's pretty easy. And it's worth it," Saint Frances Animal Center (in Georgetown, South Carolina) wrote.

Many days had gone by, but no one showed any interest in adopting him. Mr. Whiskers would scamper around the room playing like nothing's wrong, but the shelter staff knew that he would thrive in a loving home. That's when Hannah Shaw of Kitten Lady learned about Mr. Whiskers' story, and stepped up to help. 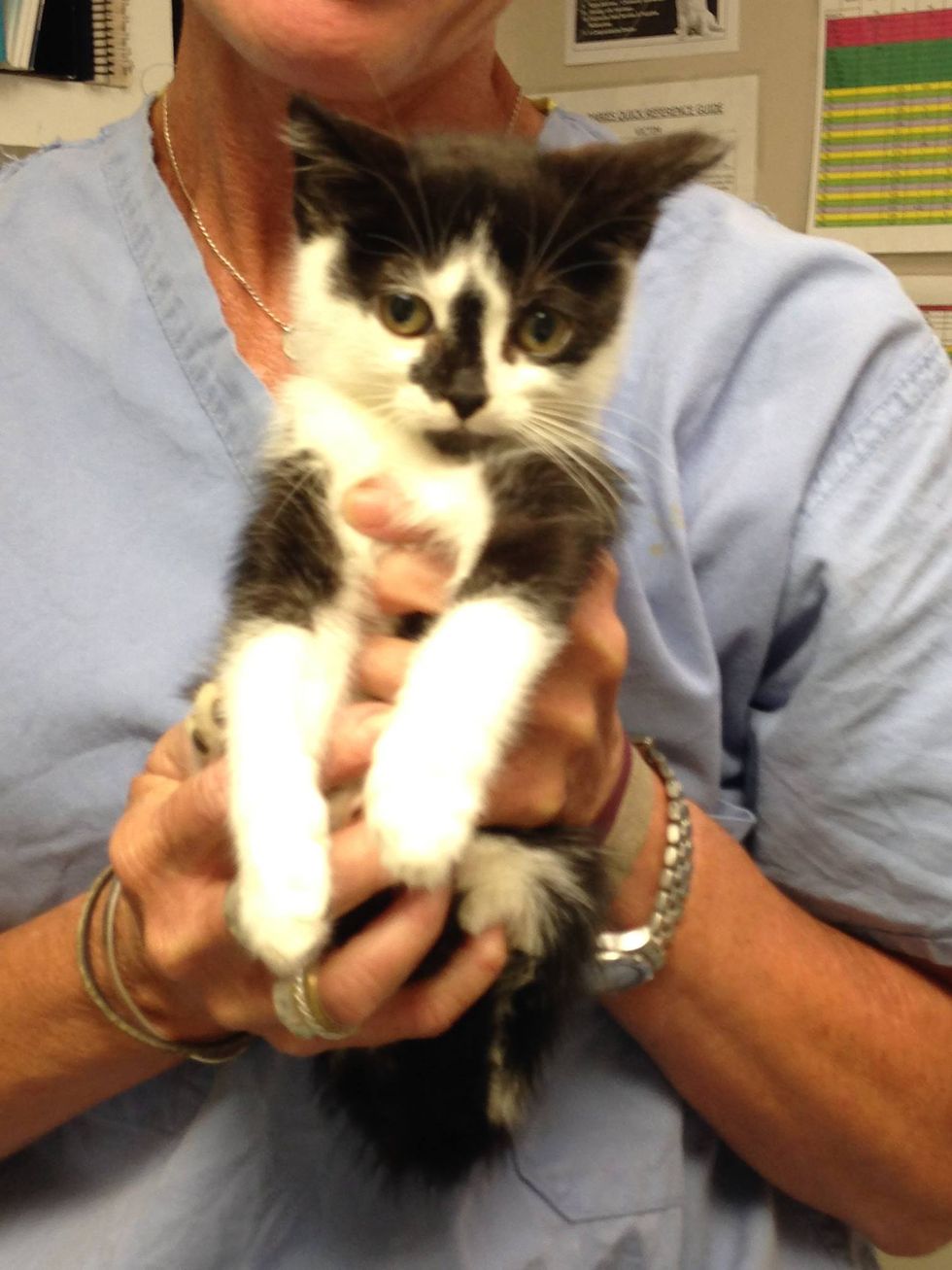 "When I found out Mr. Whiskers had no one interested in adopting him, I was heartbroken," Hannah said on Facebook.

She rescued and fostered a kitten, Chloe, with the same condition, and received many adoption applications. Hannah sorted through all the applicants, hoping to find the purrfect someone for Mr. Whiskers. 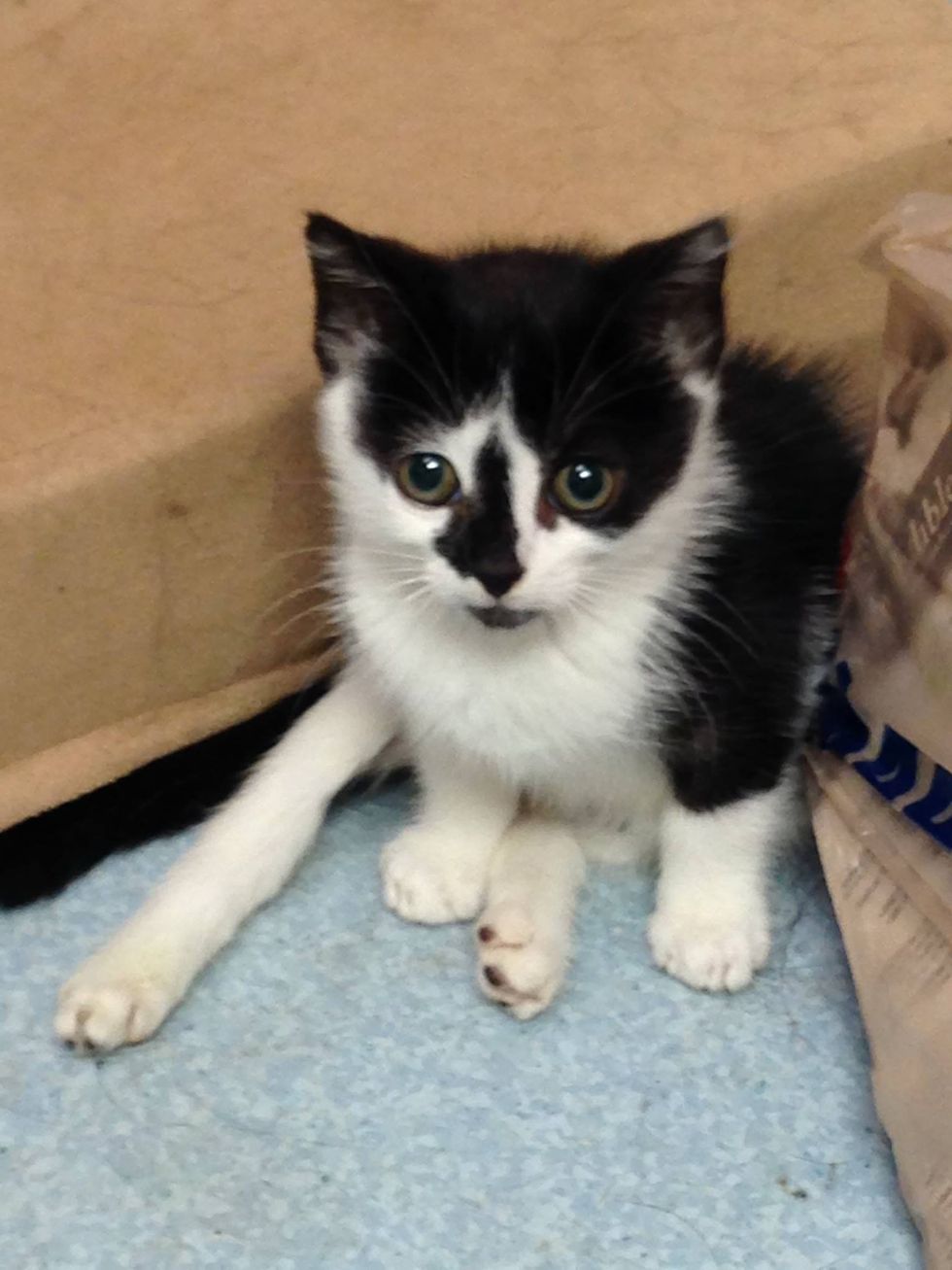 "I found a fantastic applicant in North Carolina and wrote to her about this little boy, who had no one to adopt him… and she said yes!"

Nicole Rohde was overjoyed hearing about the little tuxedo boy. After getting in touch with Devon of Saint Frances Animal Center, she and her husband set out to meet little Mr. Whiskers on July 3rd. 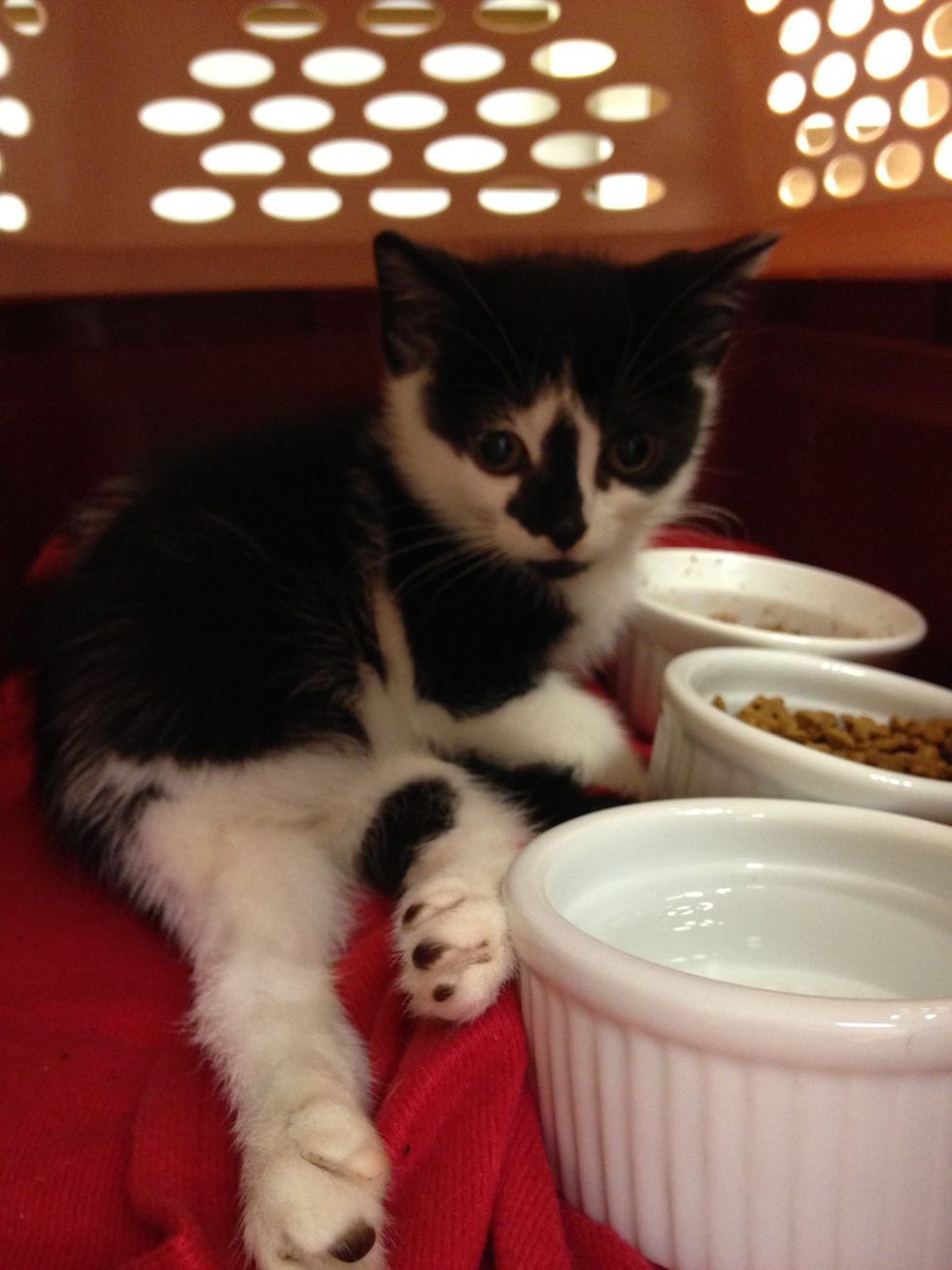 "They were so happy to have us interested and knew we would take care of him. They waived the fees for his adoption and we took him home. It was a 3 and a half hour drive there. And another 3 and a half back but it was so worth it," Nicole told Love Meow.

After Mr. Whiskers aka Watson arrived in his forever home, he couldn't wait to explore, play and curl up in his human's lap for some TLC. 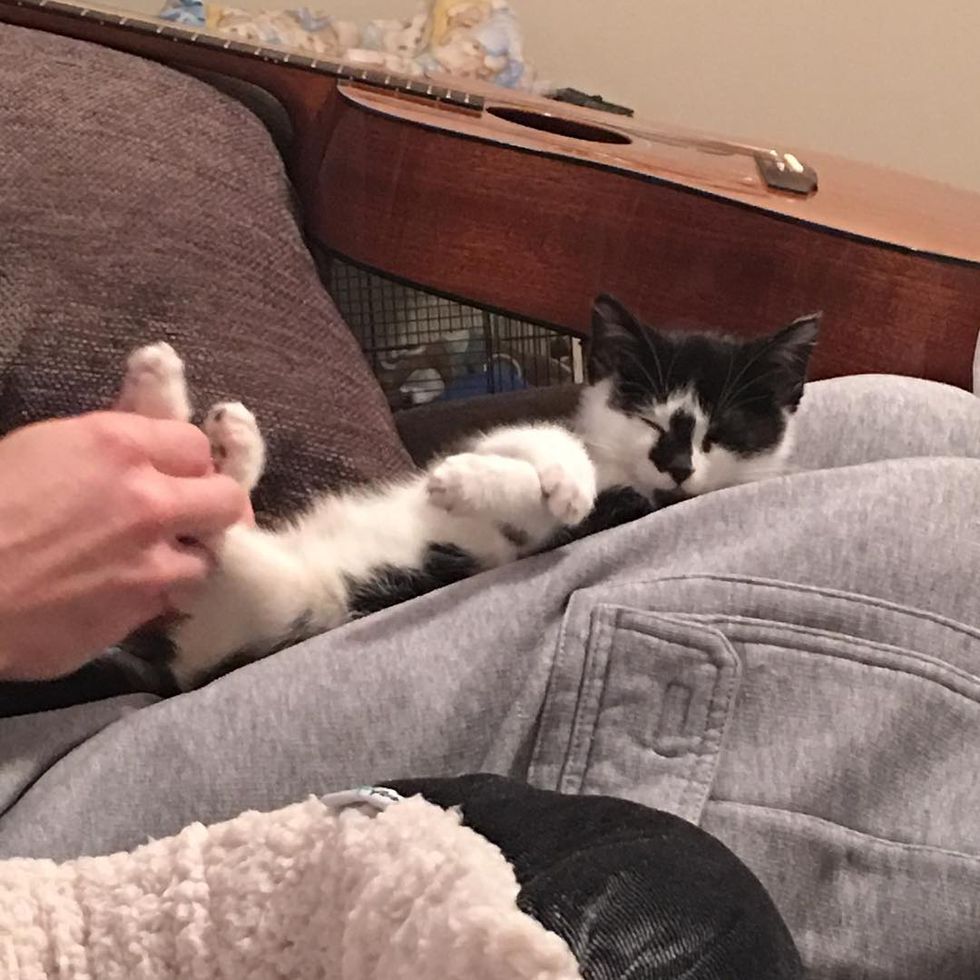 "He is improving every day with the range of motion work we are doing. He can bend both legs now and will stand assisted and try to walk," Nicole told Love Meow.

The little buddy is eager to walk and it is giving his humans a lot of hope. 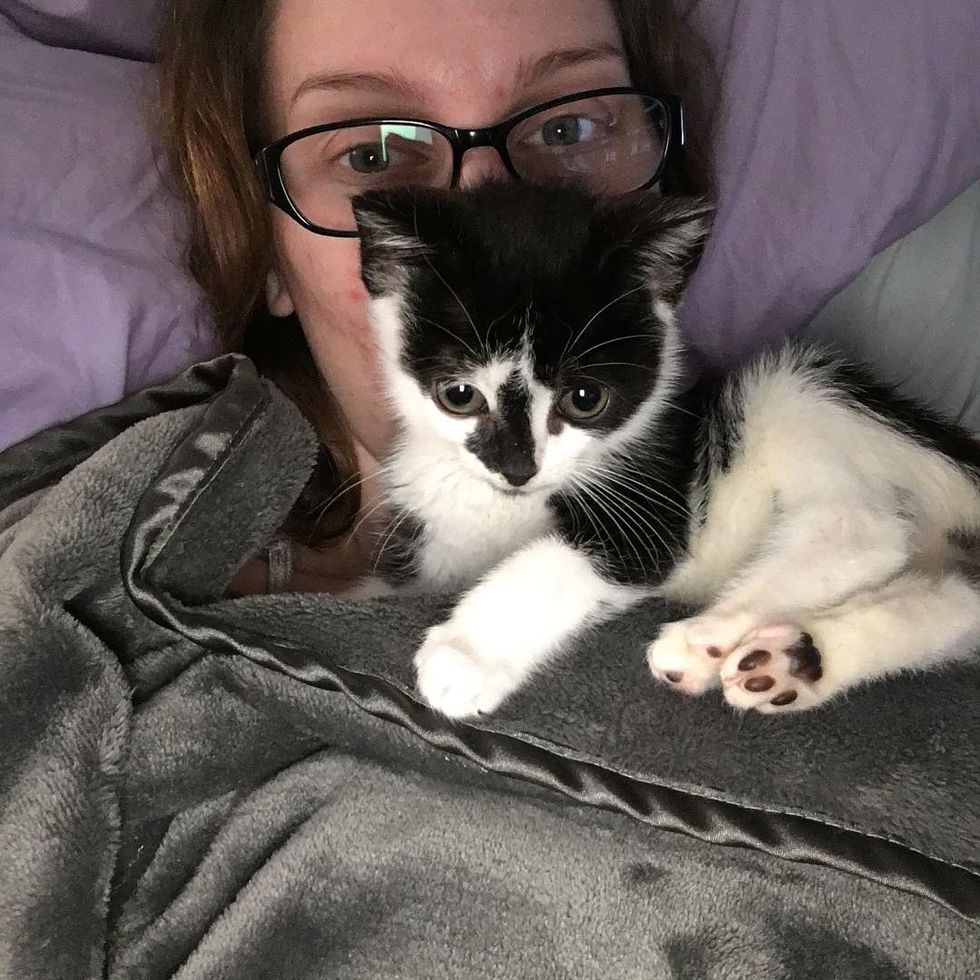 "Today he is going to a vet who has rehabilitation services on site. We will inquire about the Assisi loop like Chloe has. He is definitely super happy to be with us."

Watson learned to stand on his own for a short period of time on the first day at his forever home! 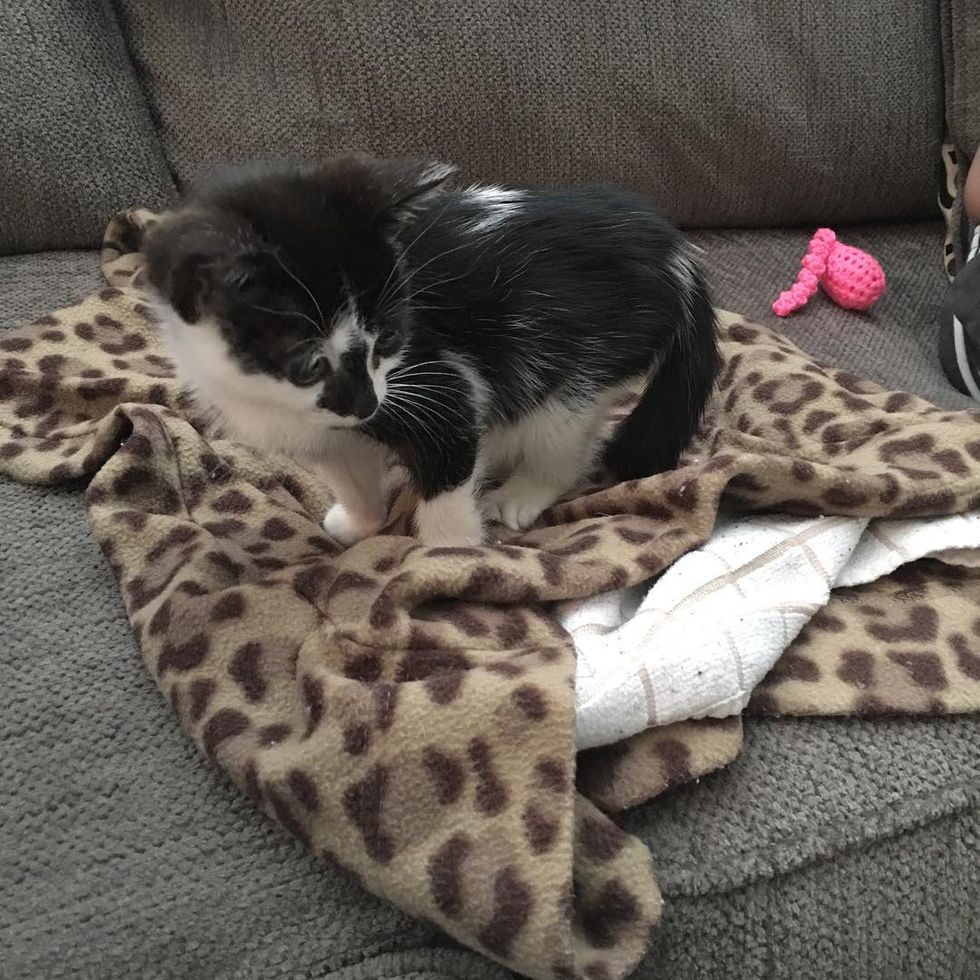 "He loves snuggles and loves his feather toy so much he has to sleep with it." 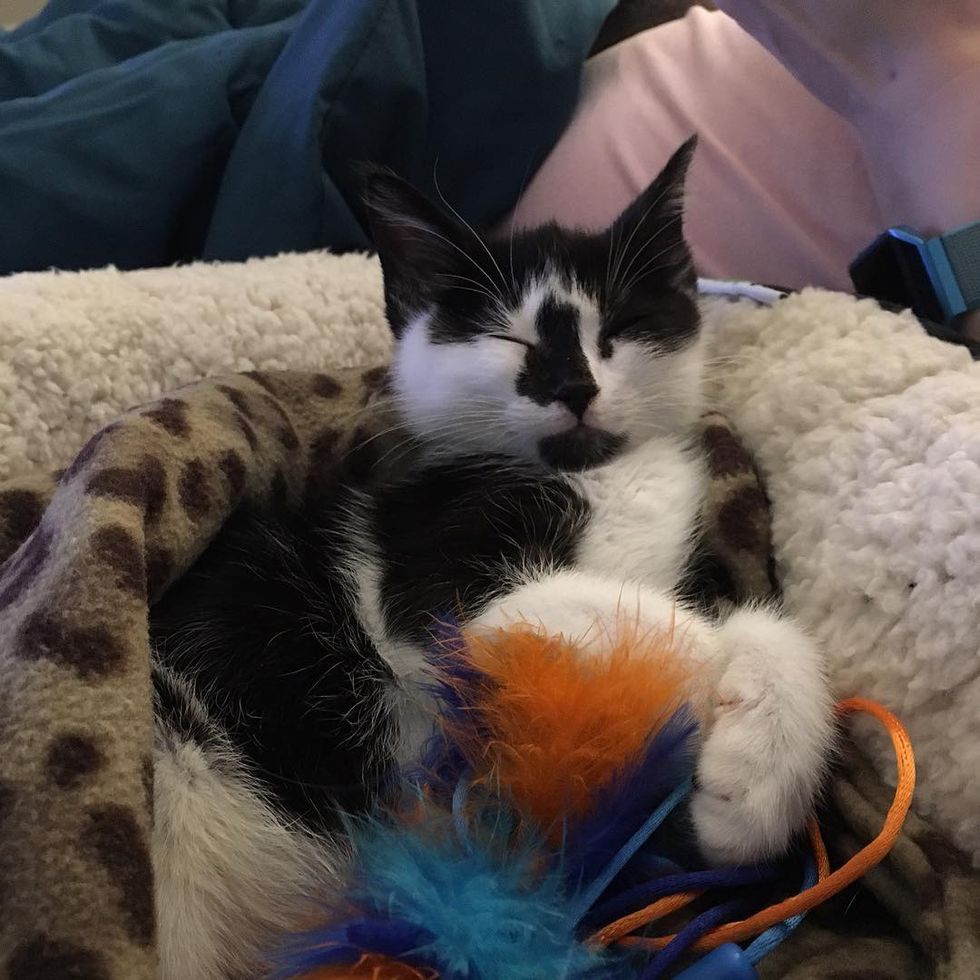 The little tuxedo boy is slowly learning to use his back legs. He's thriving in his forever home.

Watson cuddles with his forever human, happy and loved! 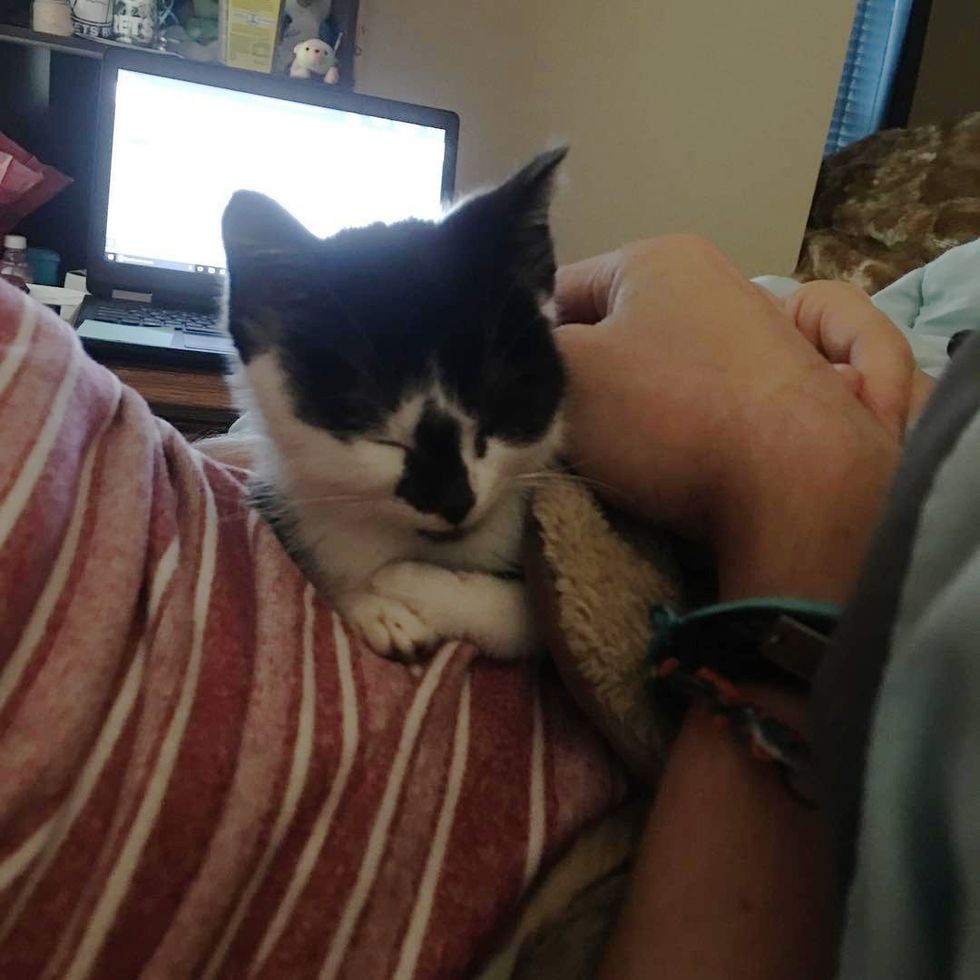