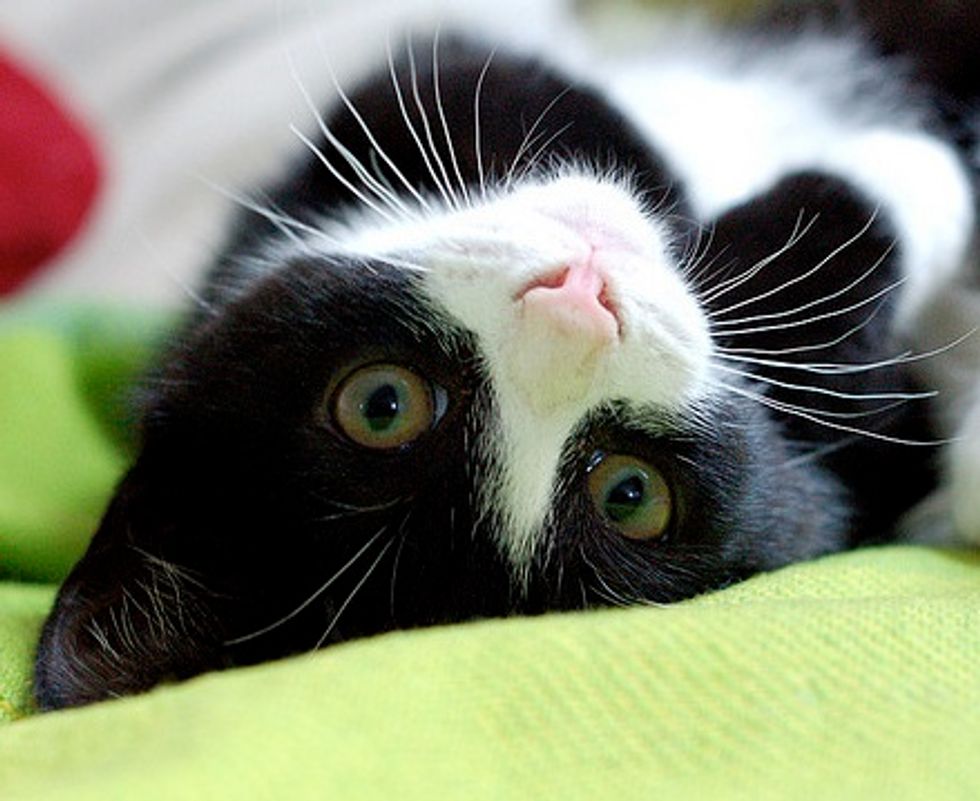 Pixel and Felix, the Tux Brothers

Pixel and Felix came home with Vic in April last year. They were "quiet as anything in the car, but very trembly. They fell asleep as soon as they were home, had a couple of roams around, and (were) asleep like a pair of commas in the corner," said Vic, their new mother.

"I am sure everyone thinks their cats are the best, but these definitely are." Pixel and Felix may fight and brawl all day, but they always make it up by napping together.

As sweet as they can be, the two do not lack any mischief when it comes to making antics around the house. "Got home yesterday to find they'd hoiked out some soil from the plant upstairs, spread it around the hall, stamped it into the bathroom tiles and ingrained it into the white bathmat. It looked like someone had gone mental in a window box," Vic wrote on her flickr.

Though most cats do not like water a bit and want nothing to do with it except drinking it, Felix and Pixel are the exceptions. They love "getting throughly wet (from the sink), then doing doughnuts all over the house."

"Pixel is the heaviest one - he's brighter and more adventurous, while Felix is the Robert Redford of the cat world, and has the world's biggest eyes and softest fur. Yep, still fighting!"