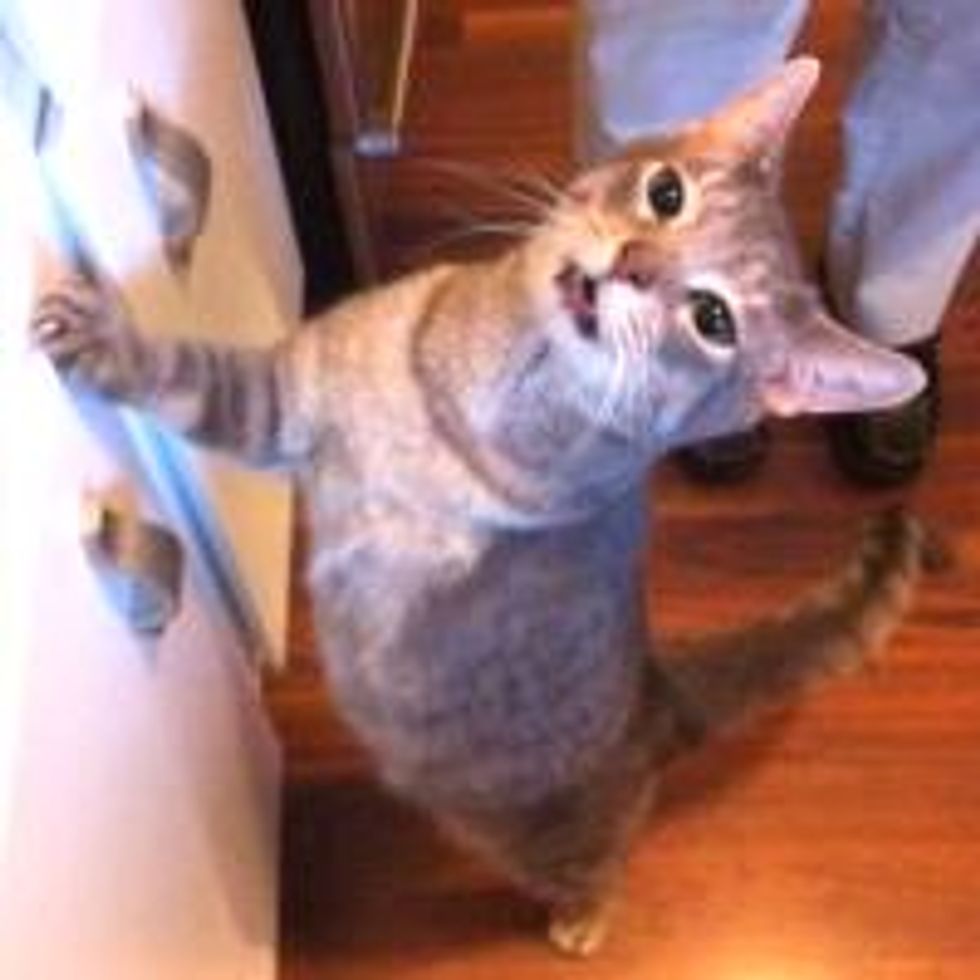 Pythagoras is a gorgeous 3-legged cat who thinks he is the happiest kitty in the world. He is happy for the second chance he got and a wonderful place to call home.

A photo of him after he was rescued and brought to the shelter shows that Pythagoras was once a 4-legged kitty, but with a broken leg. The decision to remove the bad leg was tough but ultimately saved his life. Pythagoras was upbeat all the way through his journey to his forever home.

Three months after the surgery, he was adopted by a loving family. Even though he is missing a leg, he doesn't think he is any different, nor does he have any trouble getting around the house. "He couldn't sneak up on a blind wingless bird, but he is nearly as fast as the other 4 leggers in the house. I don't let him outside for his own safety, though," said Pythagoras' human dad via reddit.

No matter how different these kitties may seem, in their eyes, they are perfect and happy.

Pythagoras napping on his dad's lap

Checking out what's on the kitchen counter