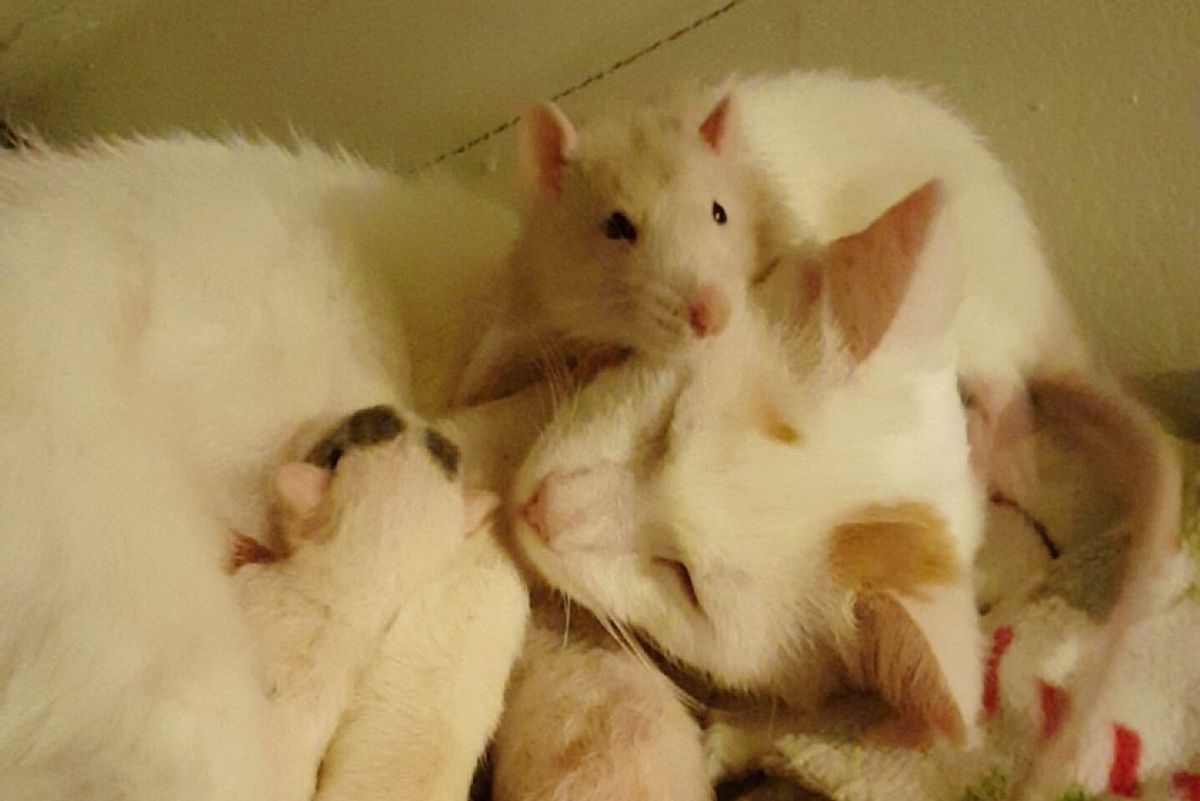 Pepper the cat just gave birth to a litter of kittens. Her friend Tate the rat stayed by her side while she was giving birth and joined the cuddle puddle afterwards. Tate even started helping Pepper groom her babies.

"She started out curious as to why the cat was making weird noises on HER comforter..."

"They actually didn't even meet until a couple months ago, when Tate needed a new home," human of Tate and Pepper told Love Meow.

They were careful about letting Tate around the newborn kittens at first, but soon realized she just wanted to cuddle with the tiny fur babies and give them baths.

"New mom Pepper was bursting with oxytocin and didn't seem to mind the extra baby at all," they said. (more: reddit)

"I never really saw Tate as the motherly type, but she really seemed to understand the situation and was very gentle with the little ones, hence why I let her stay for as long as I did. It was definitely an awesome thing to see."

Ever since they adopted Tate, she's been around cats and thinks she's part feline now. Tate likes to play chase with the kitties and even tries to wrestle with them.

"I imagine that she's going to have lots of fun with the kittens over the next few months."

Pepper the cat usually runs away when Tate wants to play, but this time she is happy to have Tate around and lets her snuggle with her babies and help her with grooming.

"That just made this happening that much sweeter. I'm excited to see how she deals with Tate once the babies get older." They are getting the mama cat spayed once the kittens are old enough and have already found homes for most of the kittens.

Tate the rat gives Pepper the cat a helping paw.

"Tate herself started loudly purring at this point, and groomed poor exhausted Pepper's face for her." Rats often "purr" or brux when they feel happy and comfy.

Tate joins the cuddle puddle and becomes a kitten herself :).