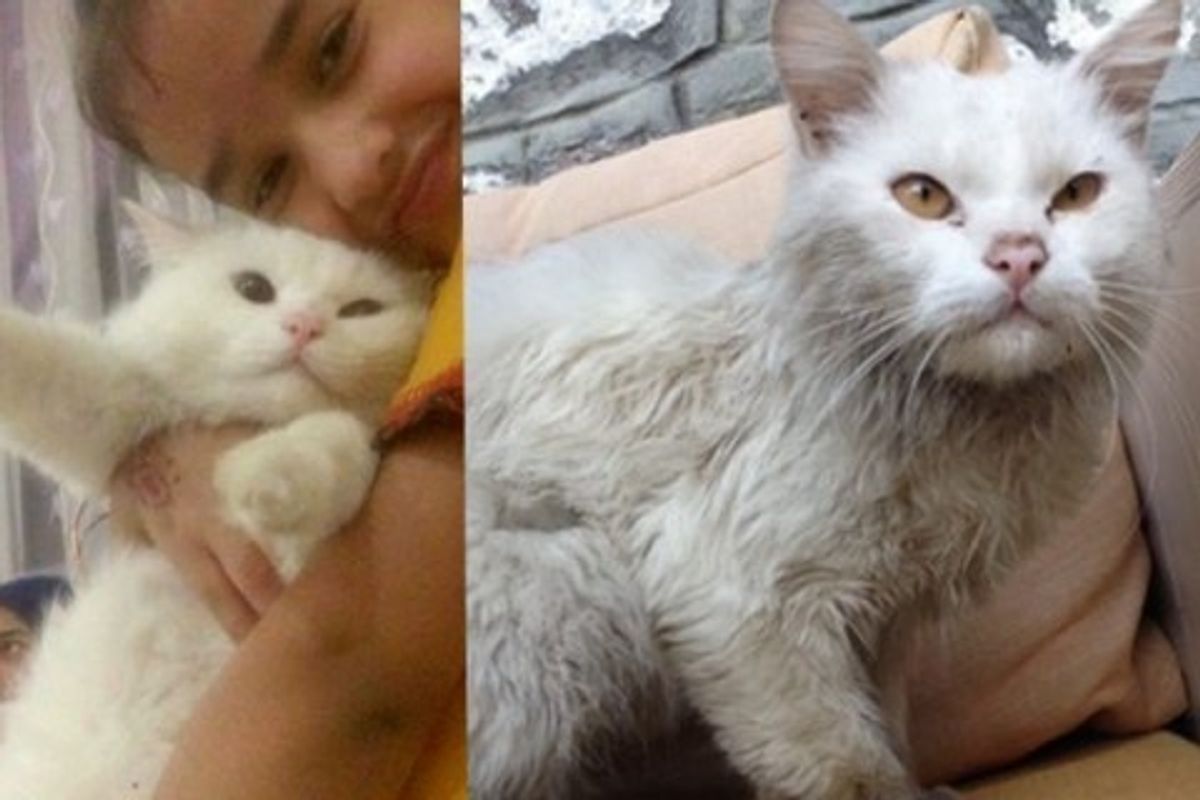 Refugee Cat Reunites with Family He Lost After 4 Months

A refugee cat lost his family when they were on a journey to a safe home. A group of volunteers made it a mission to help the lost cat find his family. 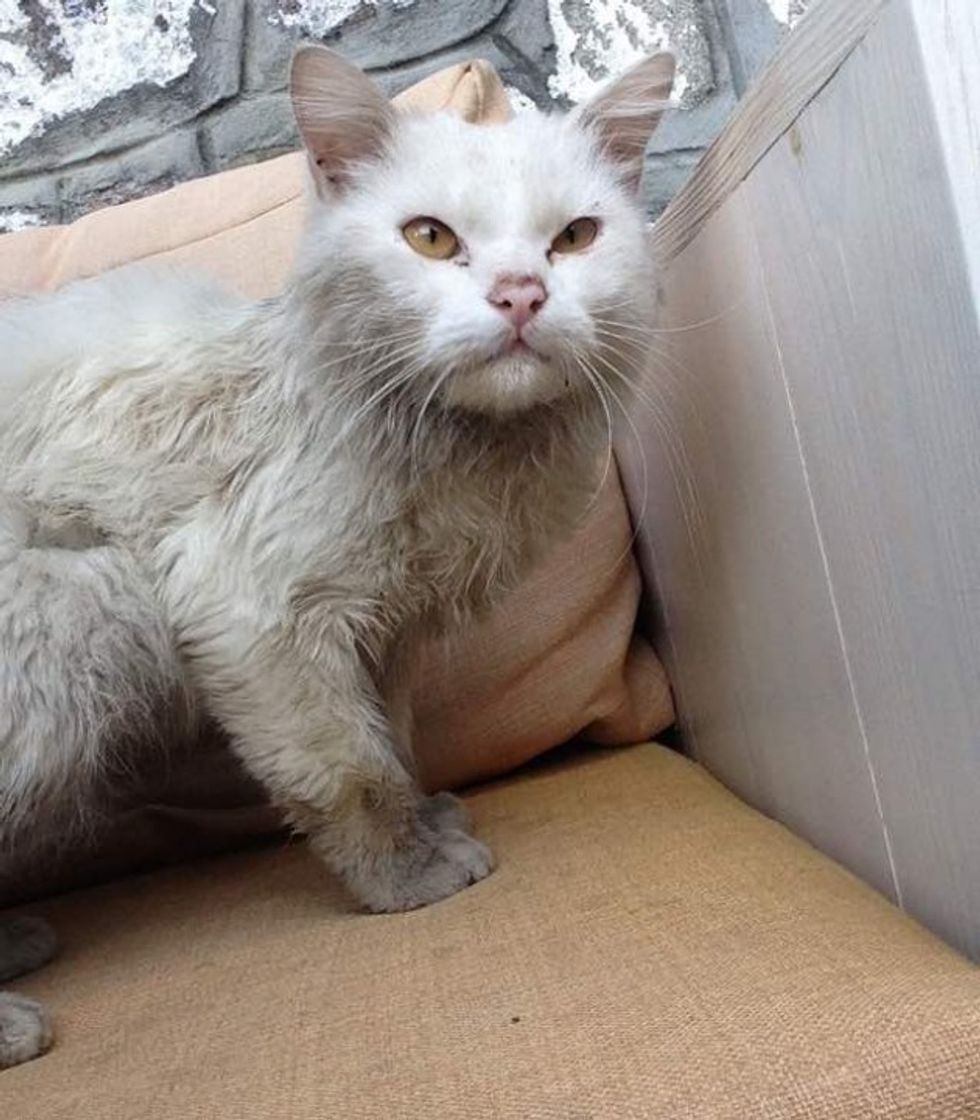 Many refugees had lost their homes in their countries. They brought with them what they could carry…

In November, a boat arrived to the greek shore and on this particular rubber boat besides families was a gorgeous pure white cat. A family from Mosul, Iraq has taken their family pet with them all along on their journey. (It's really amazing to even think that in a moment of fleeing, the cat is chosen to come along as well).

When the boat came ashore, the cat leaped onto the beach in fear and ran away. The family searched for hours but couldn't find her. Three days later, it showed up at the local cafe where volunteers went for respite and there it stayed for the next few weeks. 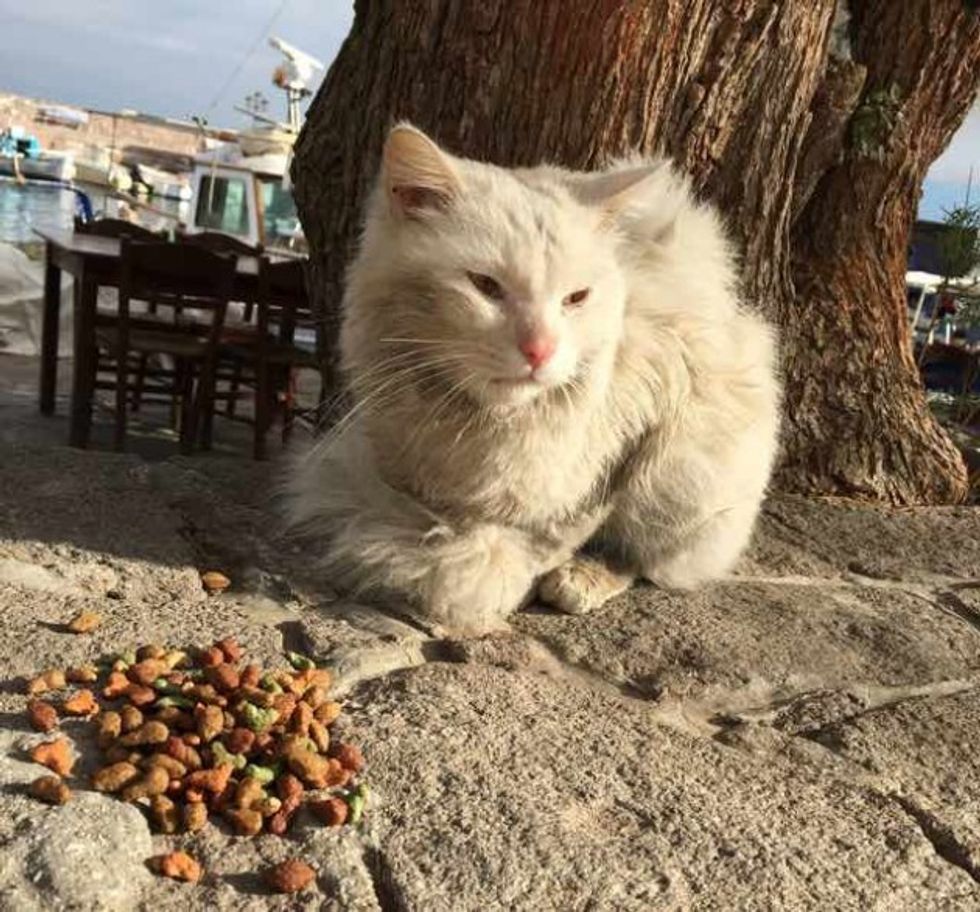 Two volunteers (myself and another volunteer, Amy Shrodes, decided that the cat wasn't doing so well and we took it to the vet and got the idea that it was possible to reunite him with his family. We started a campaign, got him healthy, sent him to Berlin Germany to a foster family where he waits while many of us continued to look. We know that most of the refugees settled in and around Germany, which is why we decided it could be helpful that he remain there… 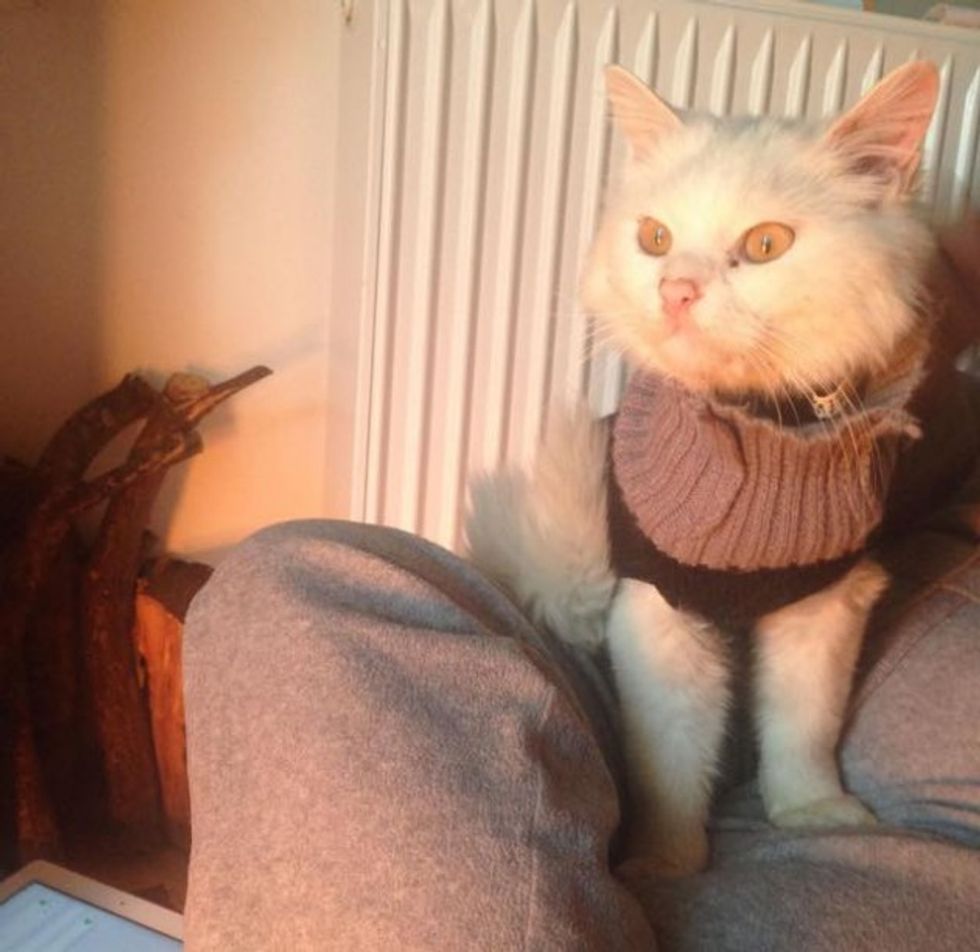 Reunion: On Friday, February 12, 2016 Dias' family has been located in Norway. We've received confirmation in the form of photos as well as the family's historical account. 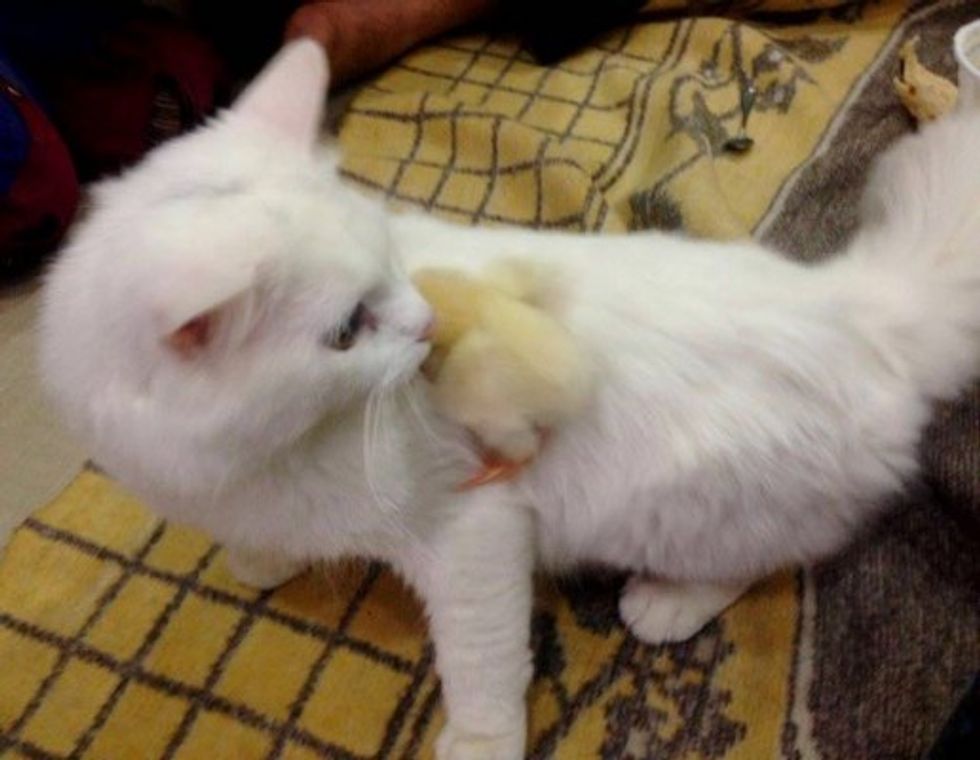 His real name is Kunkush and the cat is very responsive to the name. 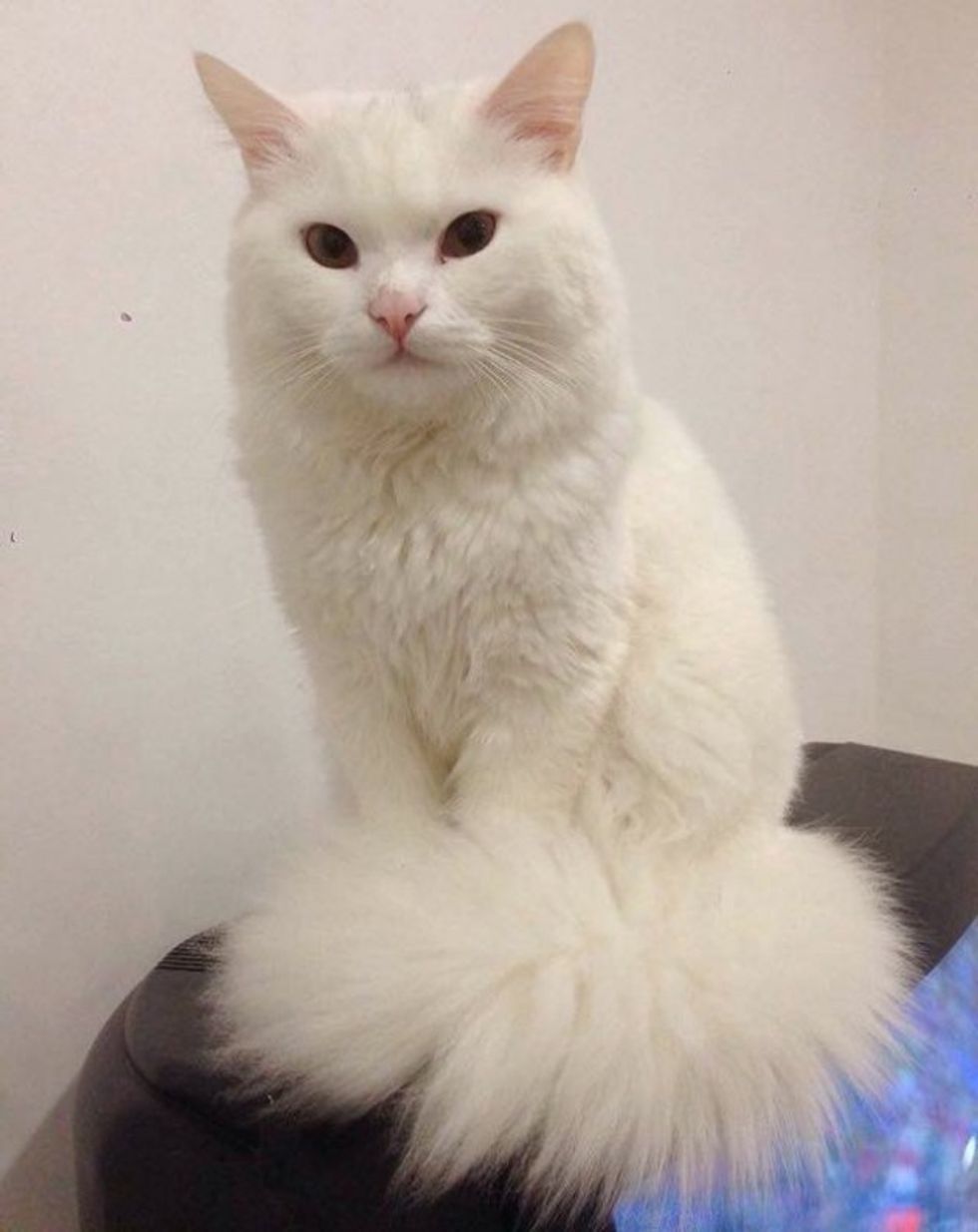 We had a Skype reunion! A lot of happy tears were shed. Kunkush was looking behind the computer, trying to find the people to the voice. It was so adorable. 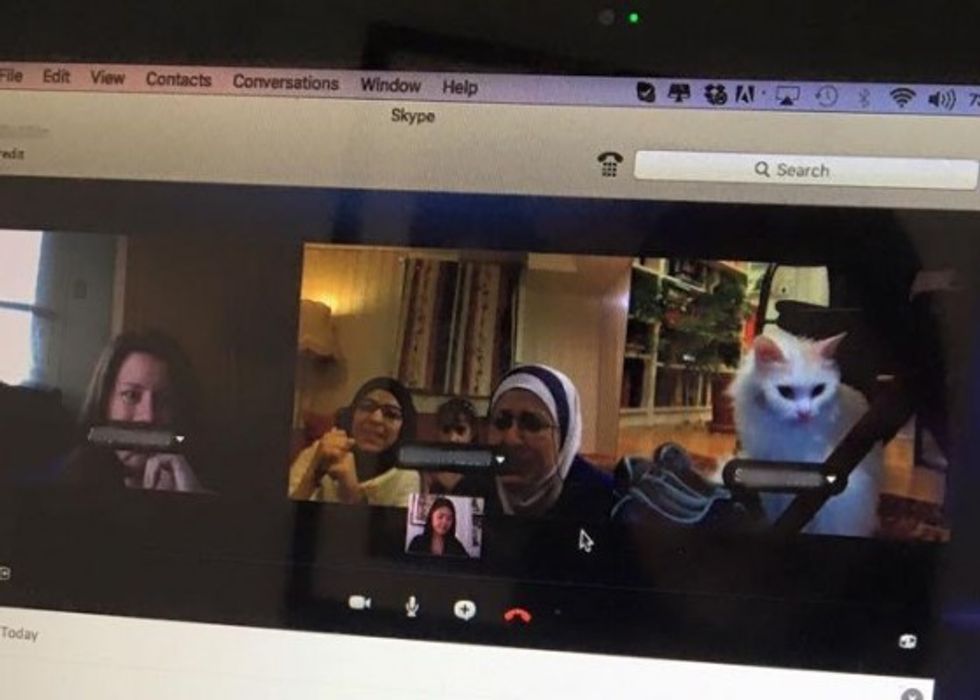 Kunkush is on his way to Norway! 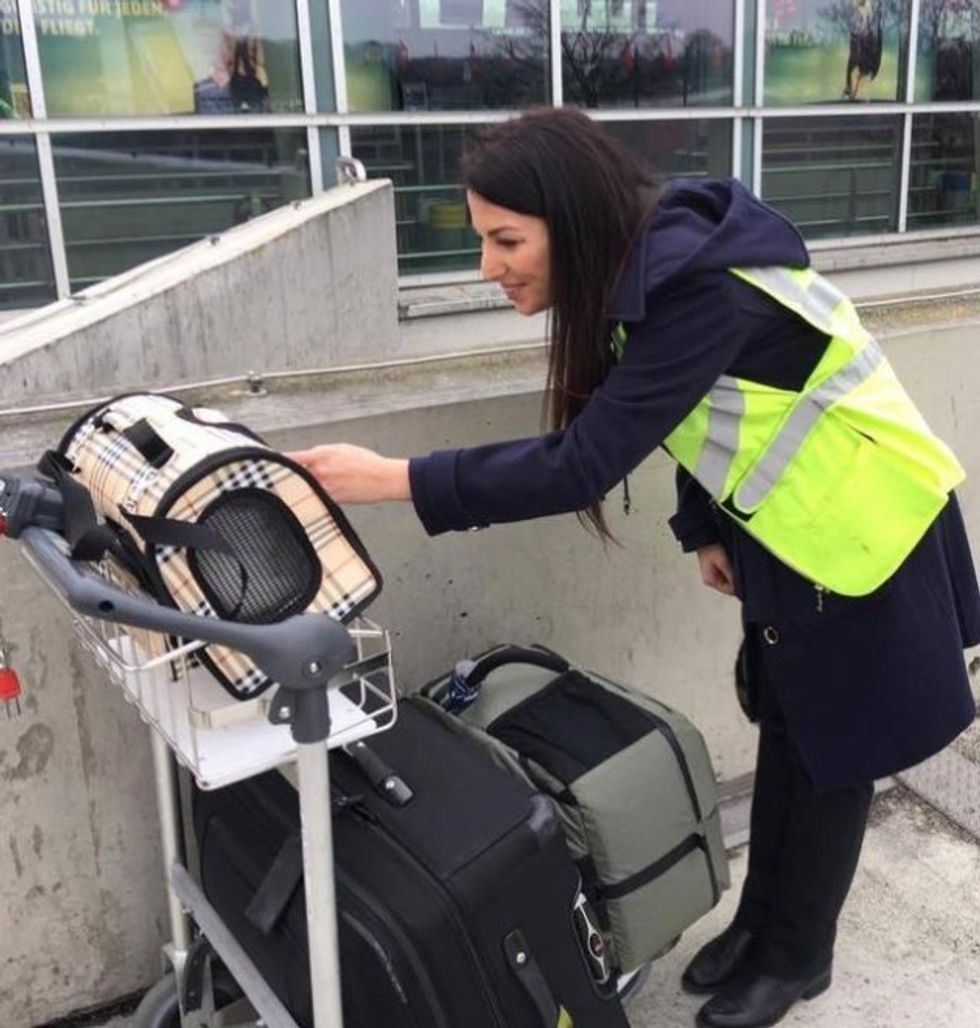 The day of their reunion: After 4 long months, Kunkush has finally been reunited with his family! 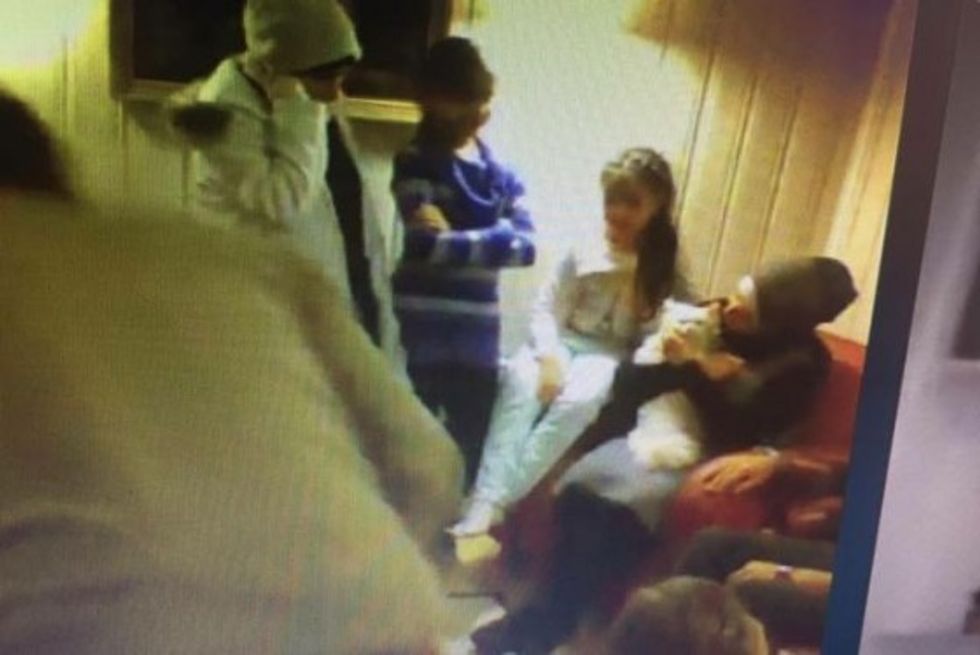 The volunteers captured the emotional reunion via Skype! Courtesy of Michelle Nhin

Finally they're all together again!