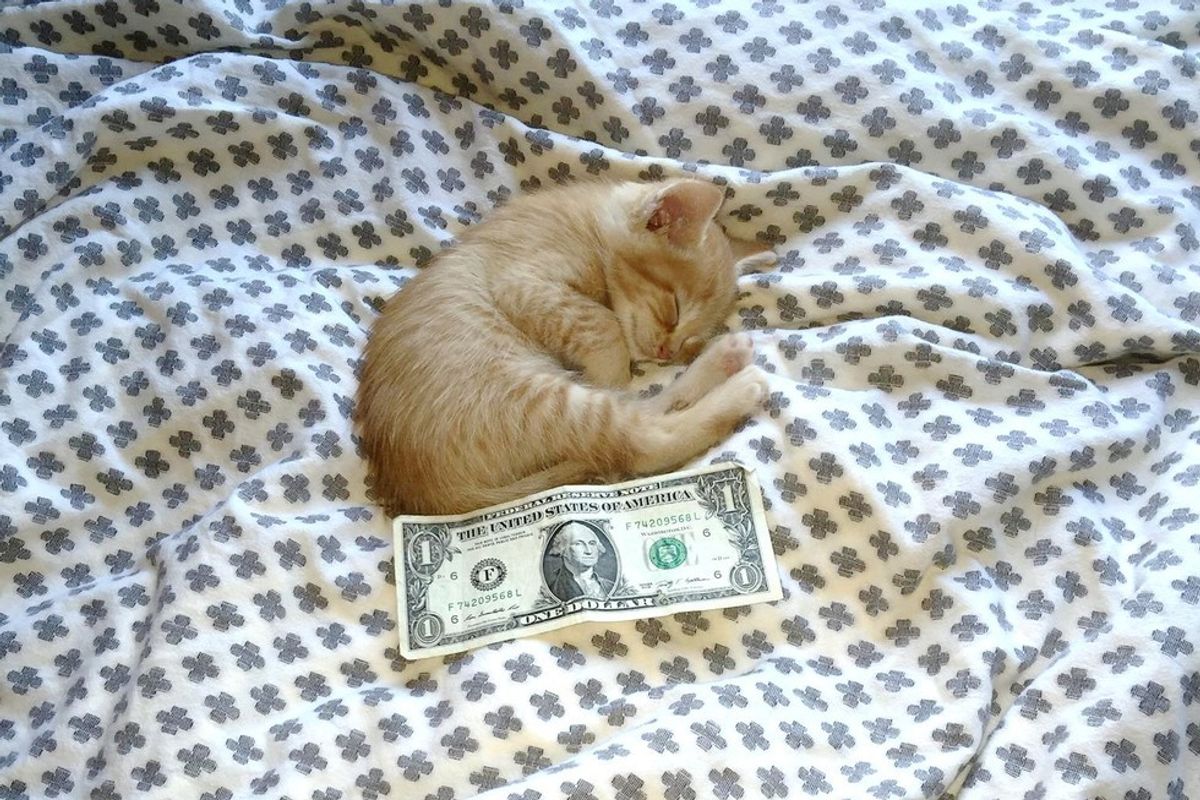 Little Cheddar Bear was just the size of a dollar bill when he was rescued. He returned the favor to the man who saved him. 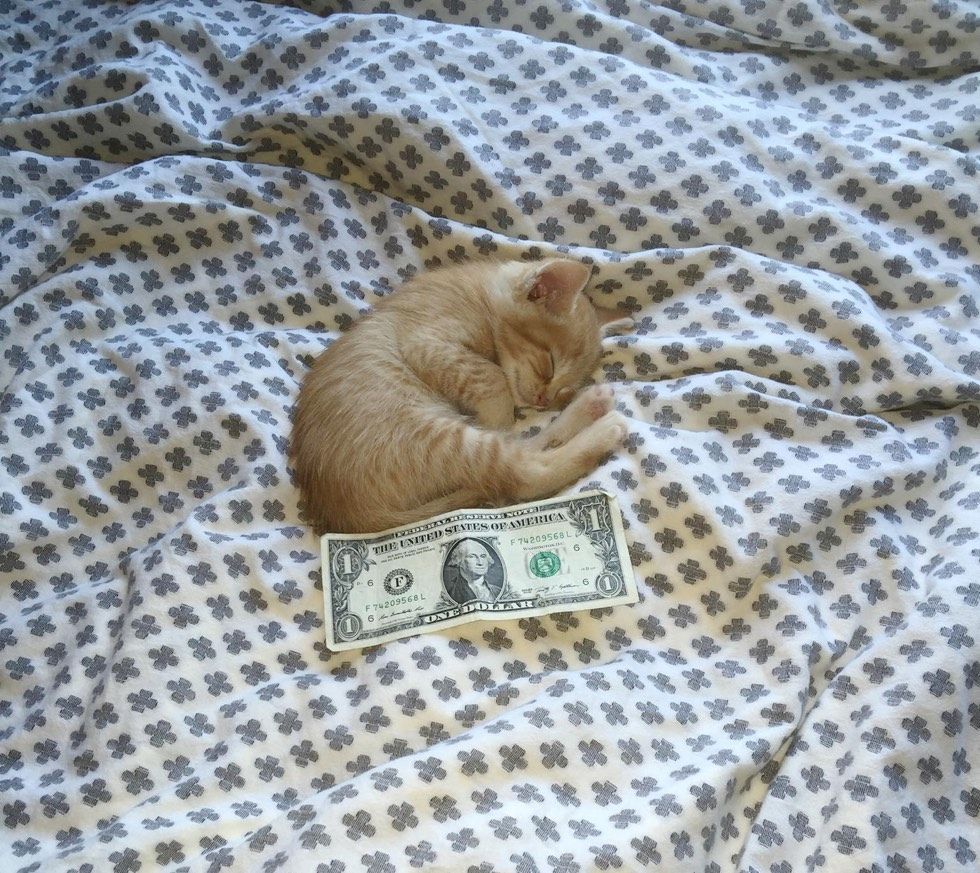 "I was so devastated but Cheddar has helped me get through the loss," Tronca told Love Meow.

Before Cheddar came to Tronca, the kitten desperately needed a home and someone to care for him. Tronca drove from Seattle to Portland to pick up the kitten and take him home. 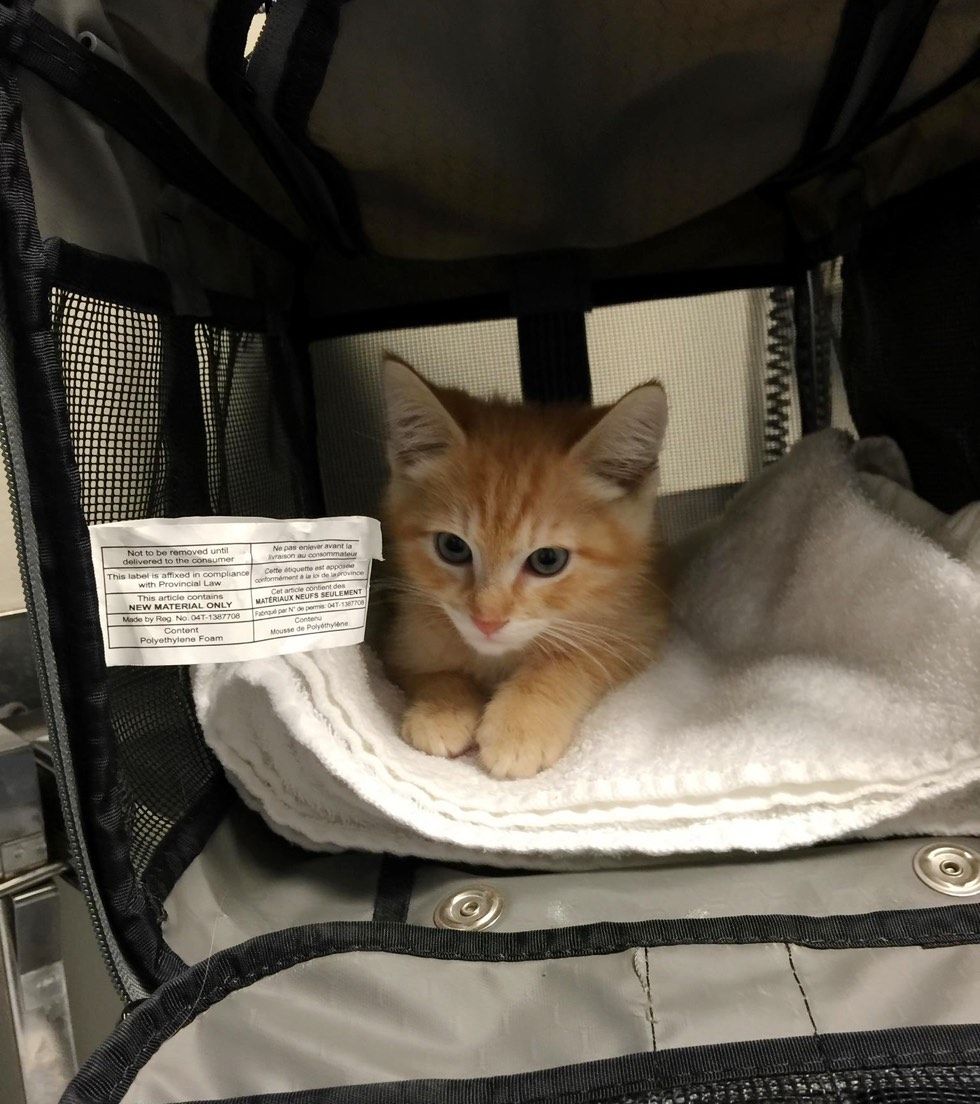 "Poor baby was hungry, he had fleas, worms, and ear mites so first we took him to the vet... He had a lot of parasites so he wasn't feeling too good and slept with us like a baby," Tronca told Love Meow. 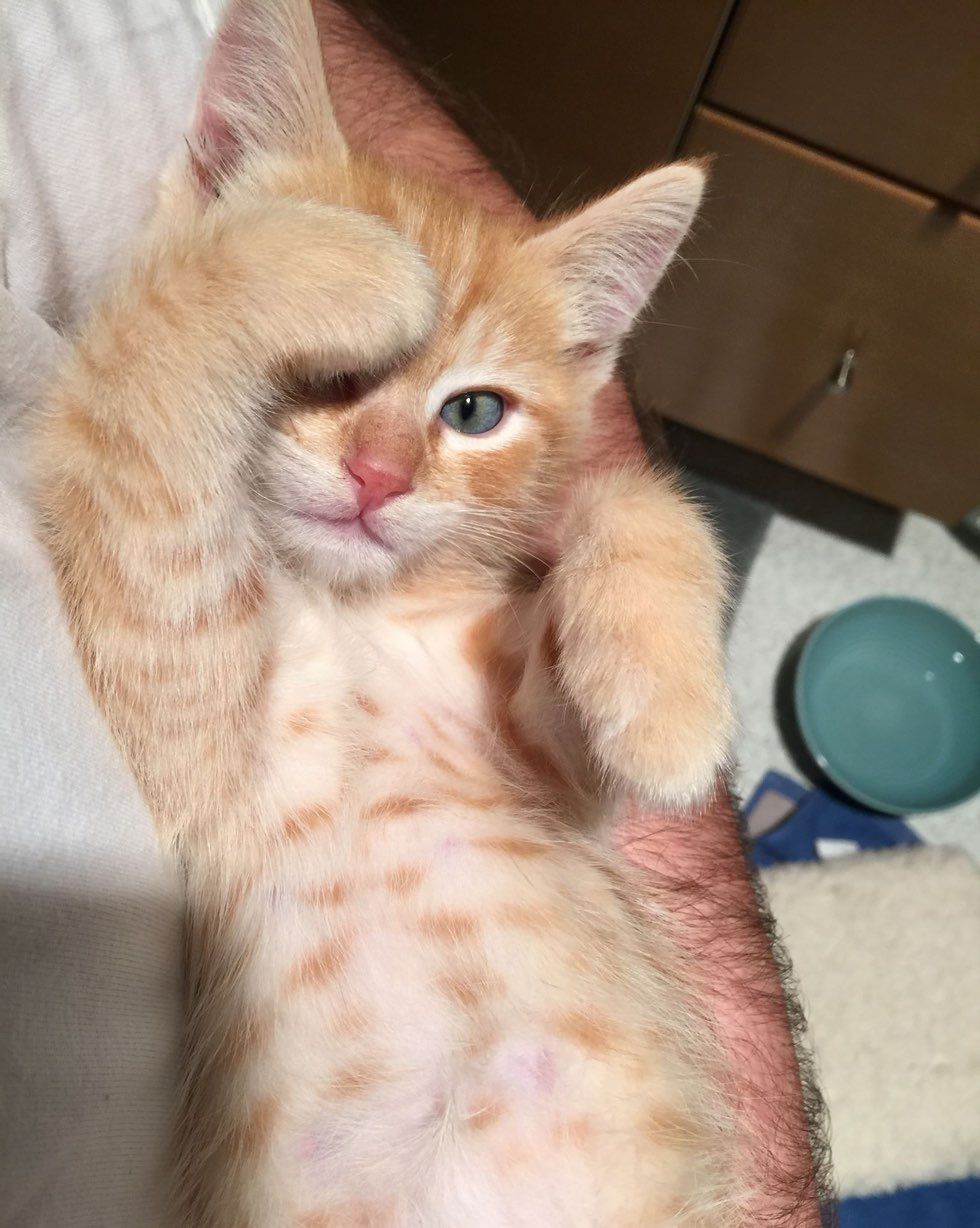 Huddling up to his forever human. 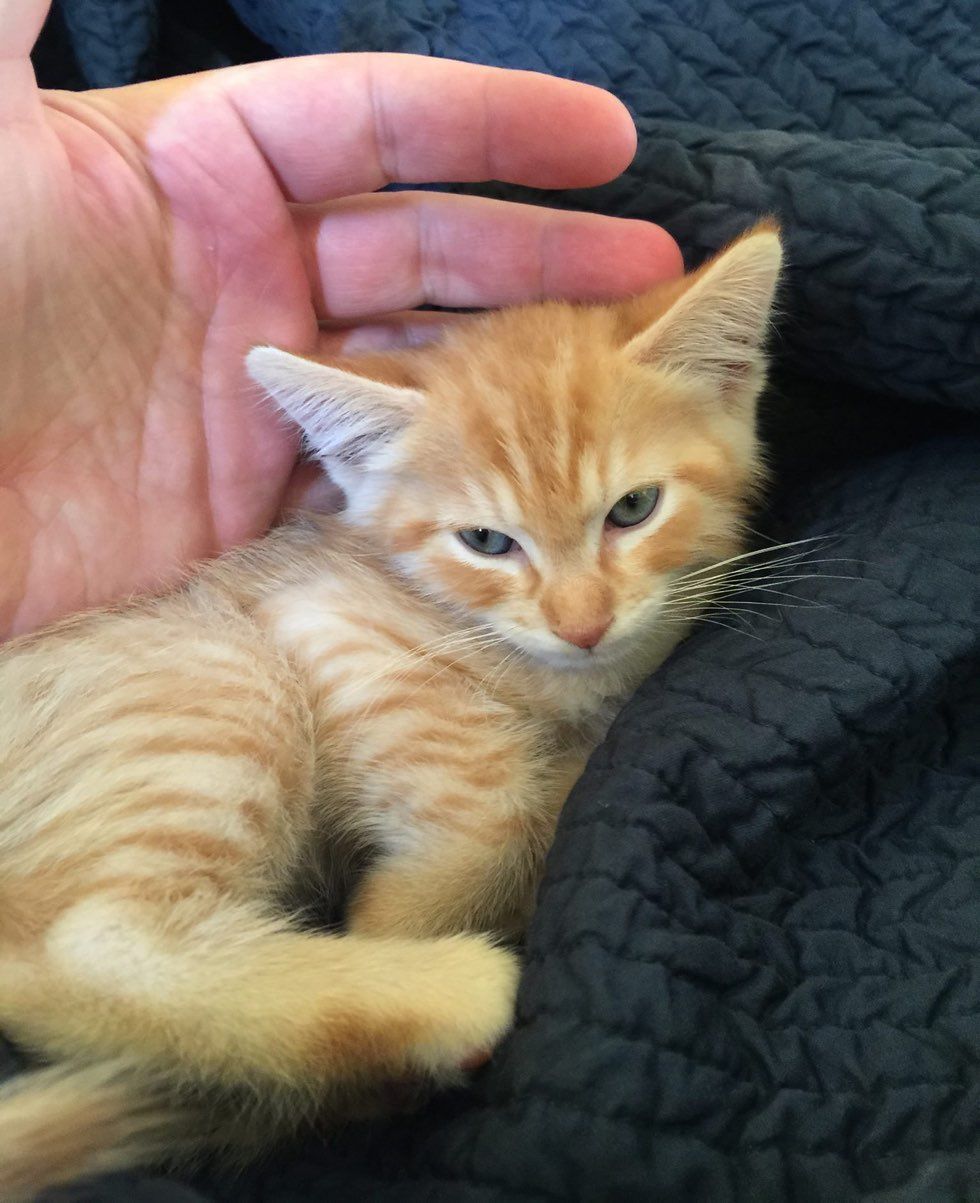 They gave him a blanket and he slept like a baby that night. 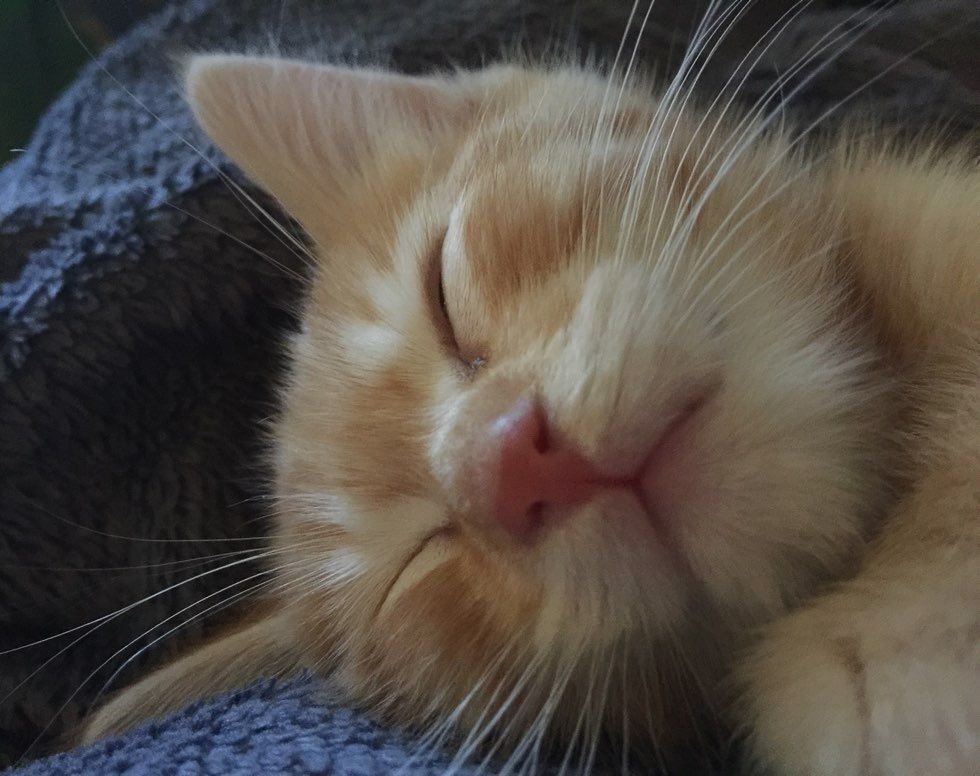 Cheddar has been a wonderful companion to his humans and is always there to offer a snuggle. 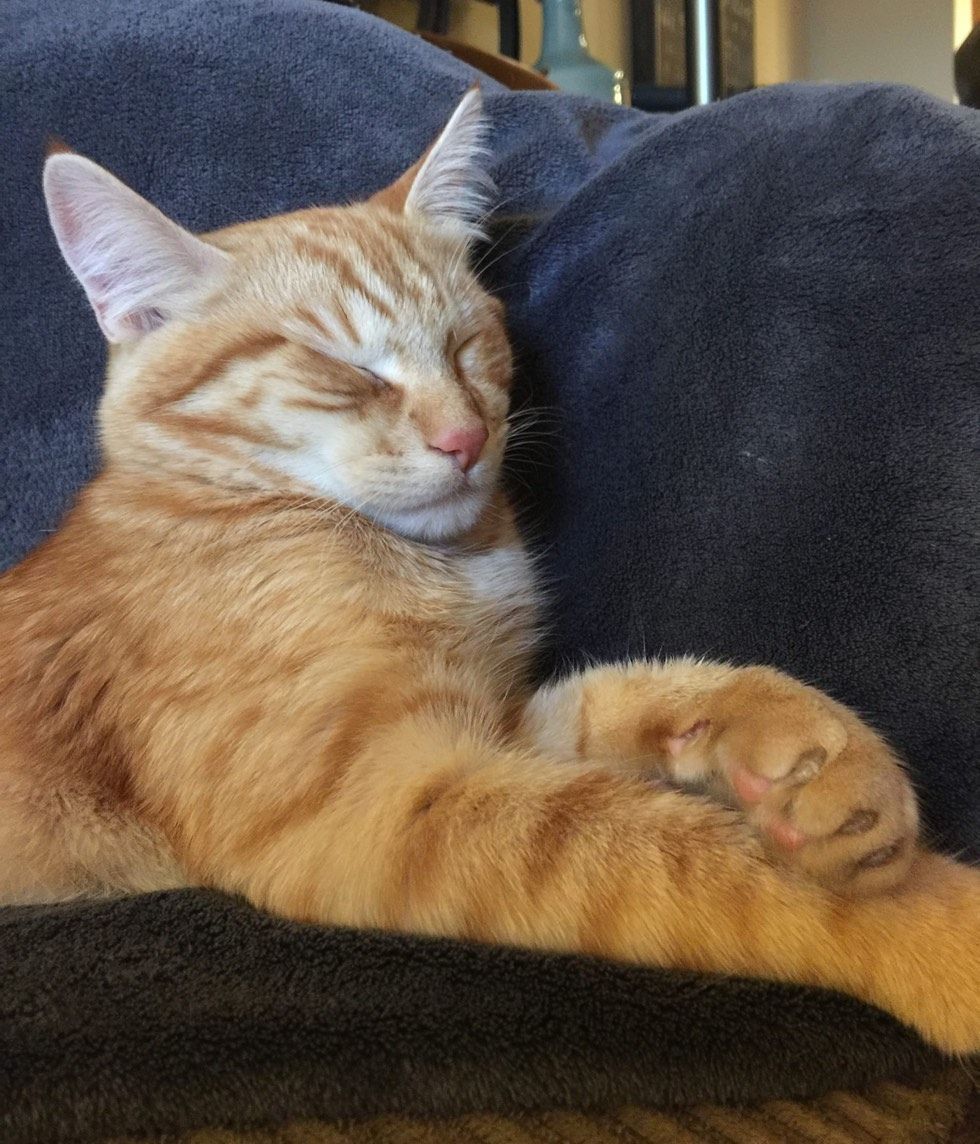 "He loves to play and he's vocal with us," Tronca told Love Meow.

Cheddar is very affectionate and loves to give Eskimo kisses. 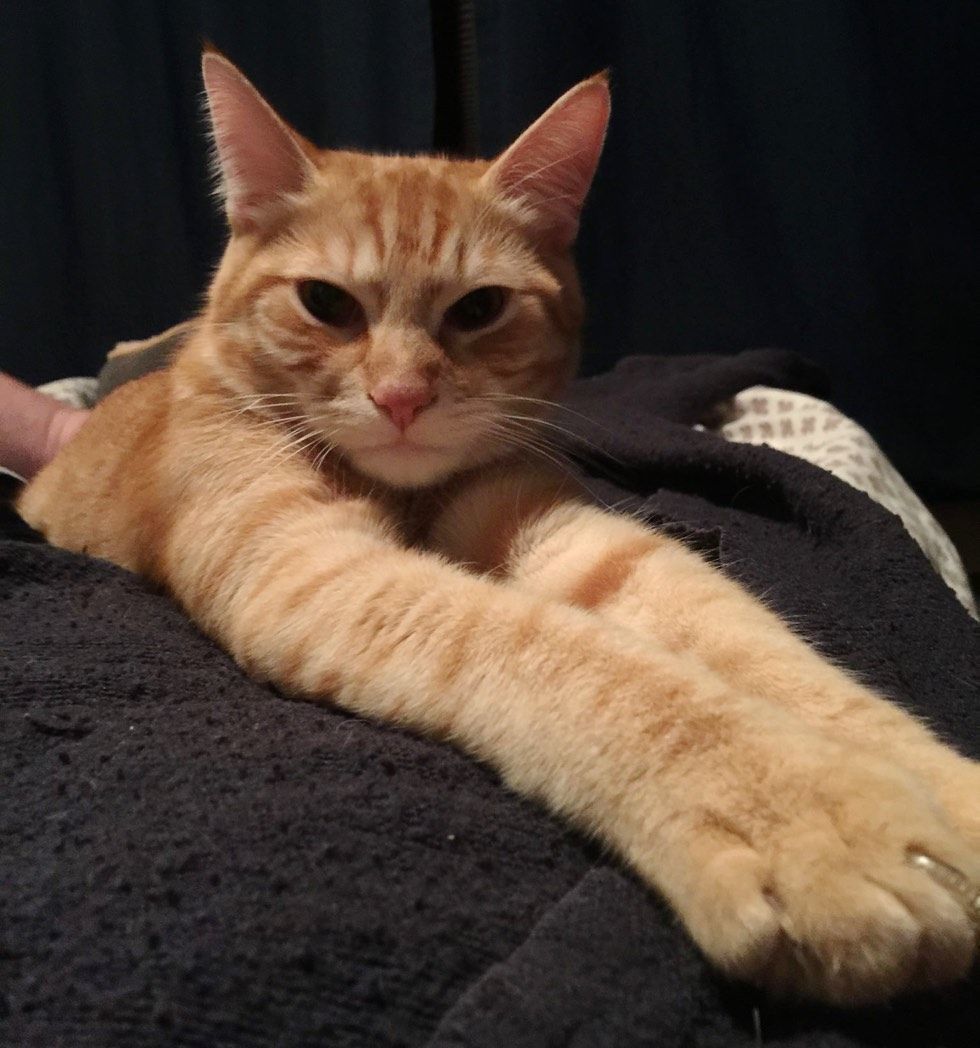 Tronca rescued the little ginger boy, so the kitty returned the favor by snuggling and hugging with him everyday. 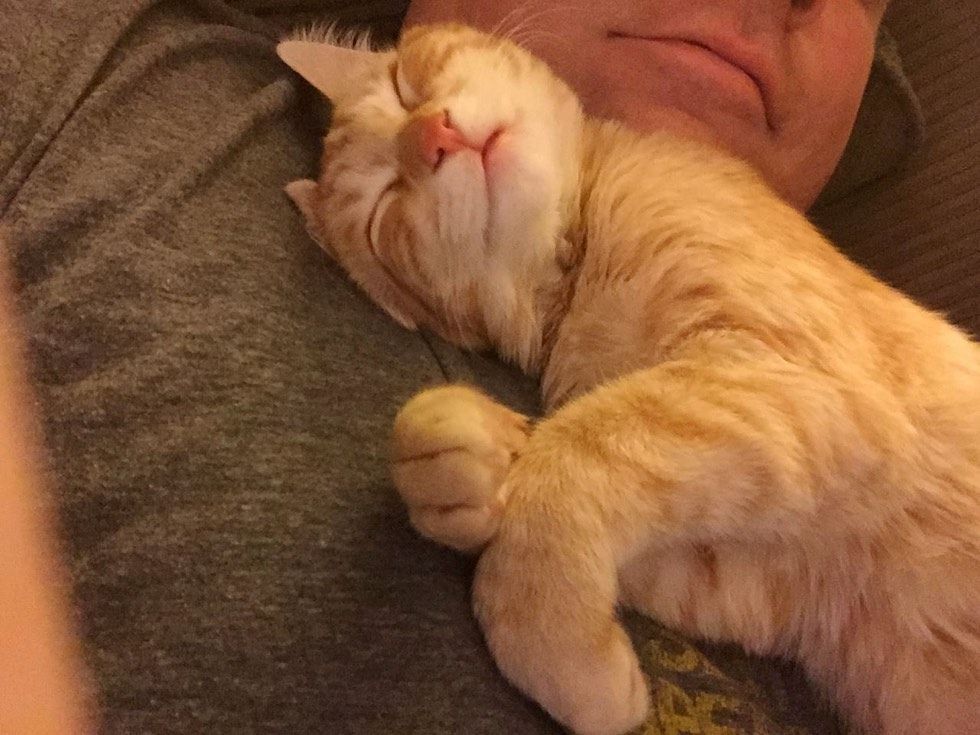 When you rescue, you too are rescued!