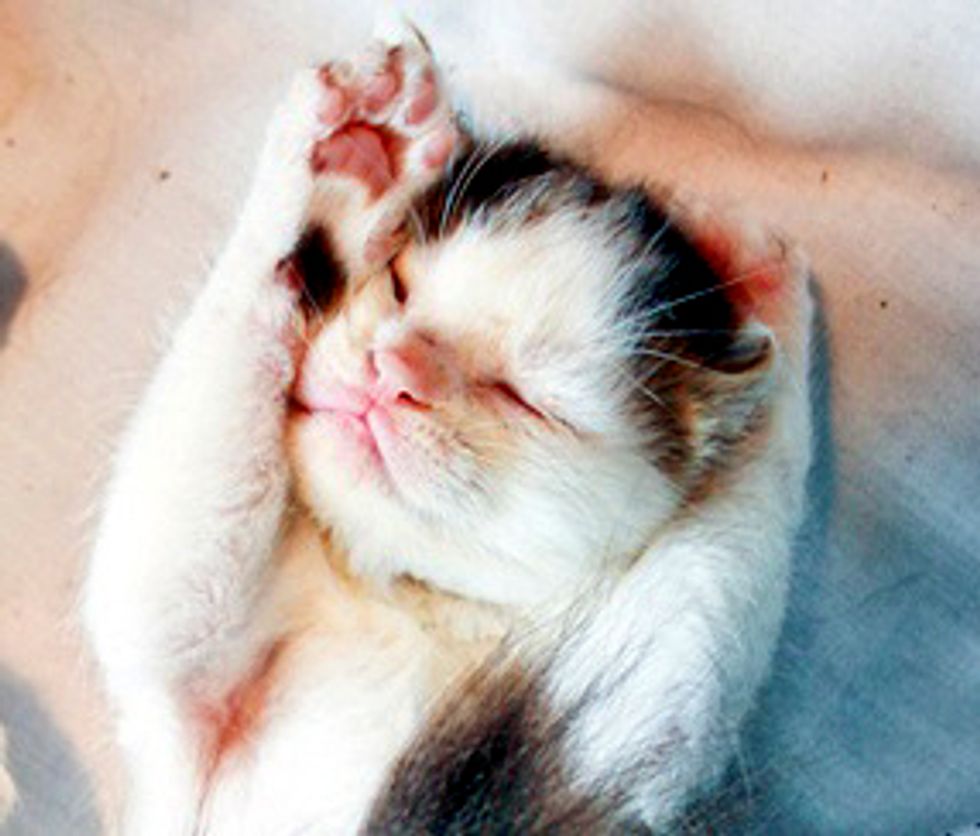 Rescue Story of Penelope and Her Babies 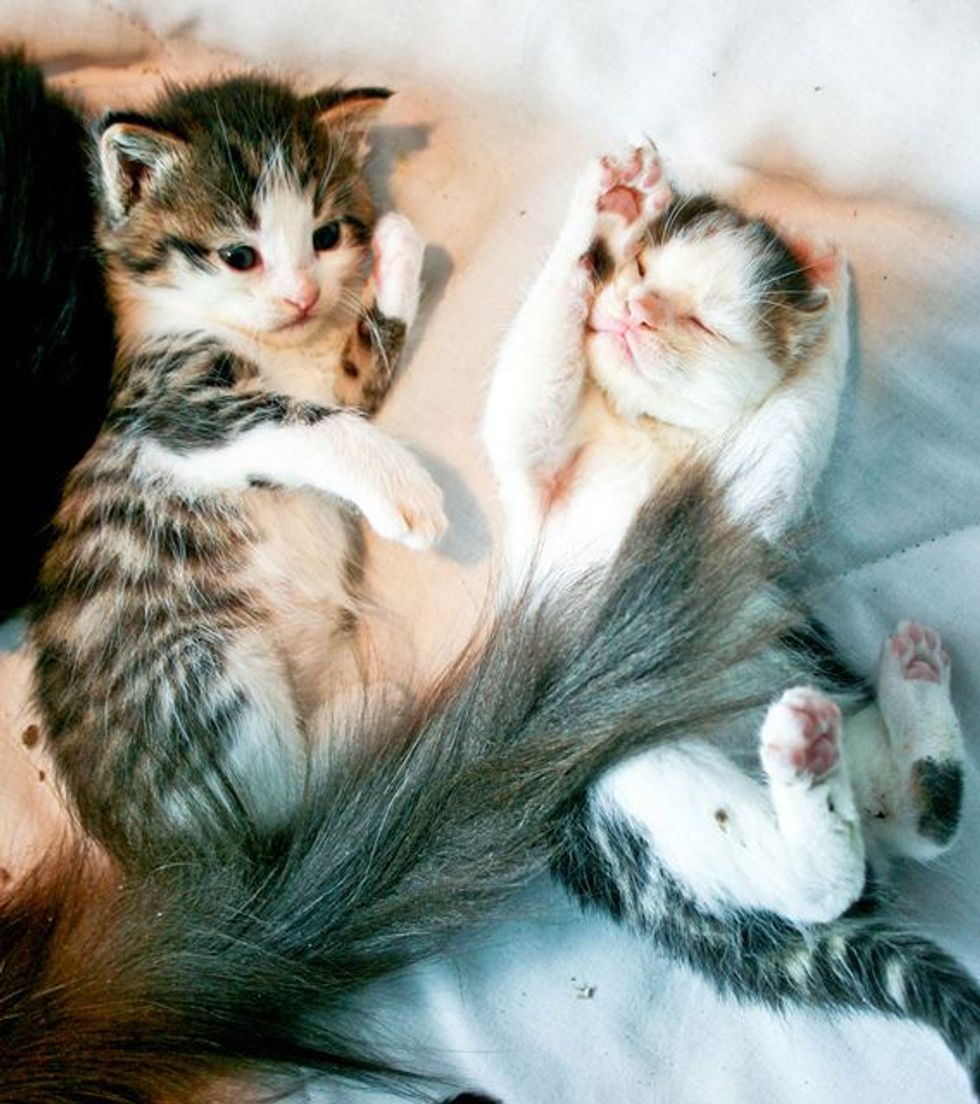 Penelope and her kittens were rescued back in August. Penelope was a spoiled lap kitty owned by a woman who abandoned her when she went into heat. This was the only home Penelope knew, so she stayed close by and had her kittens in this woman's shed. Penelope took care of her kittens the best she knew how and while they were healthy and plump, she was starving. As soon as I learned that their lives were threatened, I left right away for the hour long drive.

By the time I got there one of the three week old kittens had been given away. My fiance and I never found out what happened to that kitten. We brought the five remaining kittens and Penelope home.

Because I volunteer with the Toronto Cat Rescue, I was able to get help for these cats. They arrived to us full of fleas and Penelope was malnourished. We thought her fur was brown-ish/grey but it turns out the brown tint was from malnutrition. They were all vet checked and cared for, and we combed out the kittens with flea combs daily because they were too small for treatment. My family and I decided to foster these cats as there are never enough foster homes because there are so many unwanted cats. 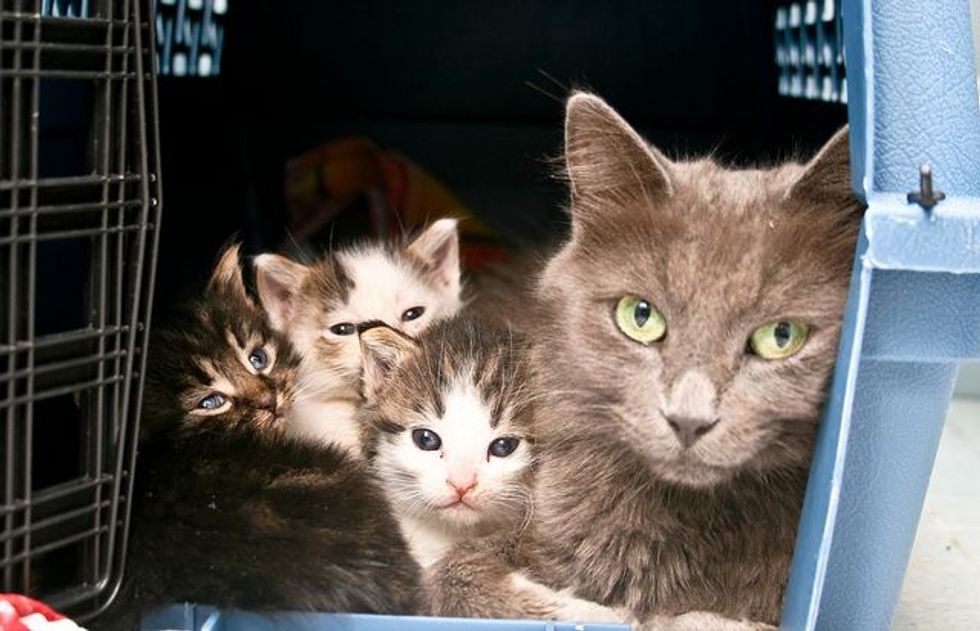 Penelope and the kittens were so friendly. Any time anyone sat down they had a pile of cats on their lap, purring away. Each one has very distinct personalities. Piper was a little princess, quiet and sweet. Chester was a monkey, he played hard and cuddled even harder. Jamie was a sweet little explorer, and cute as a button. Lucy was a strong, independent little girl. She was the first to do anything in her litter - use the box by herself, eat kitten food, and visit with new people. Charlie is a little firecracker. She is fiesty and funny!

All five kittens have been adopted. Lucy is with a family with two young boys who are so gentle with her and just adore her. Chester (now named Milo) belongs to a family with a teenaged son. Chester is his buddy. Jamie (also re-named Milo) went to a young professional woman who just loves him up. Piper (now named Pepper) was adopted to my in-laws where she is best friends with their cat Milo. As for Charlie, my fiance and I kept her!

Penelope is still waiting for her forever home. You can adopt her here. We were hoping to keep her, but she really hated our cat-friendly dog and even after several weeks she was just too stressed out by her. Penelope is a sweet lap kitty who would do best in a fairly quiet home. She loves to follow her people around, rub against legs and cuddle up on the couch. She is just two years old and is a petite little girl. She is absolutely stunning with sleek grey fur, bright green eyes, and a gorgeous plume-like tail. 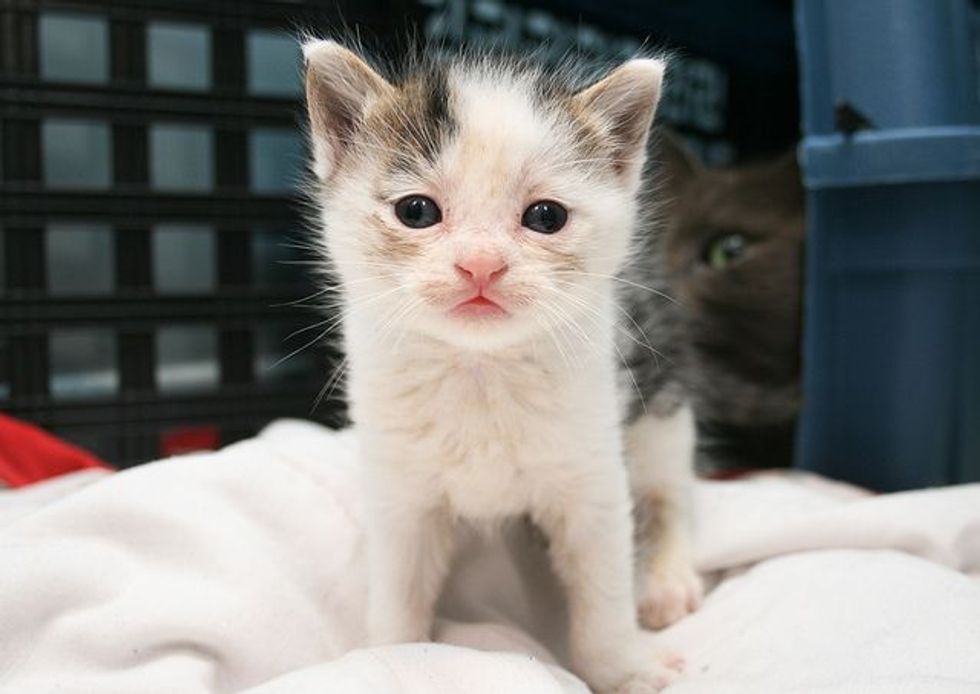 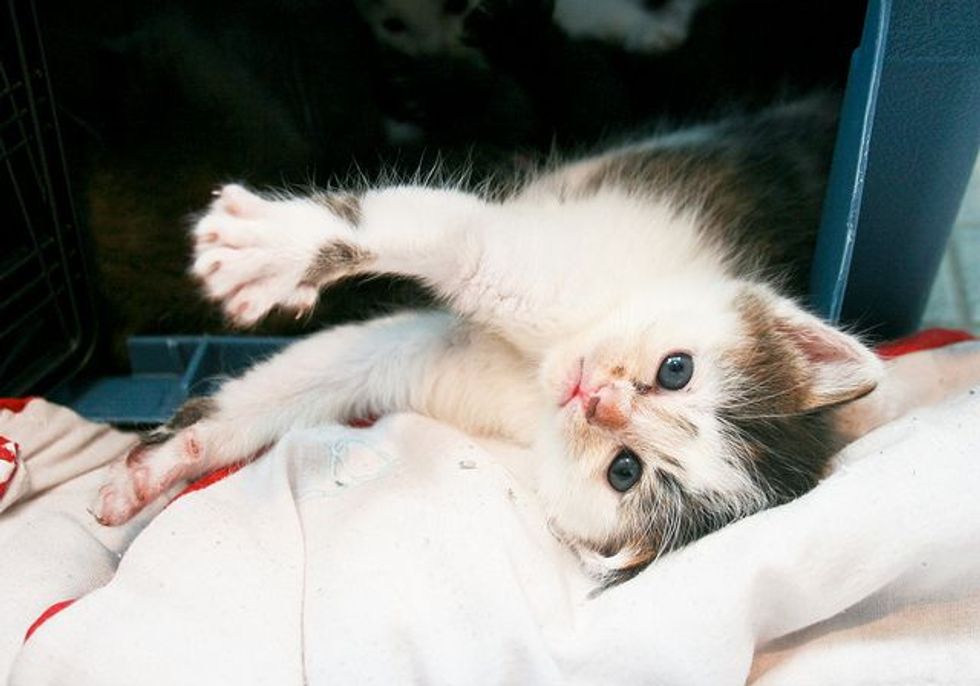 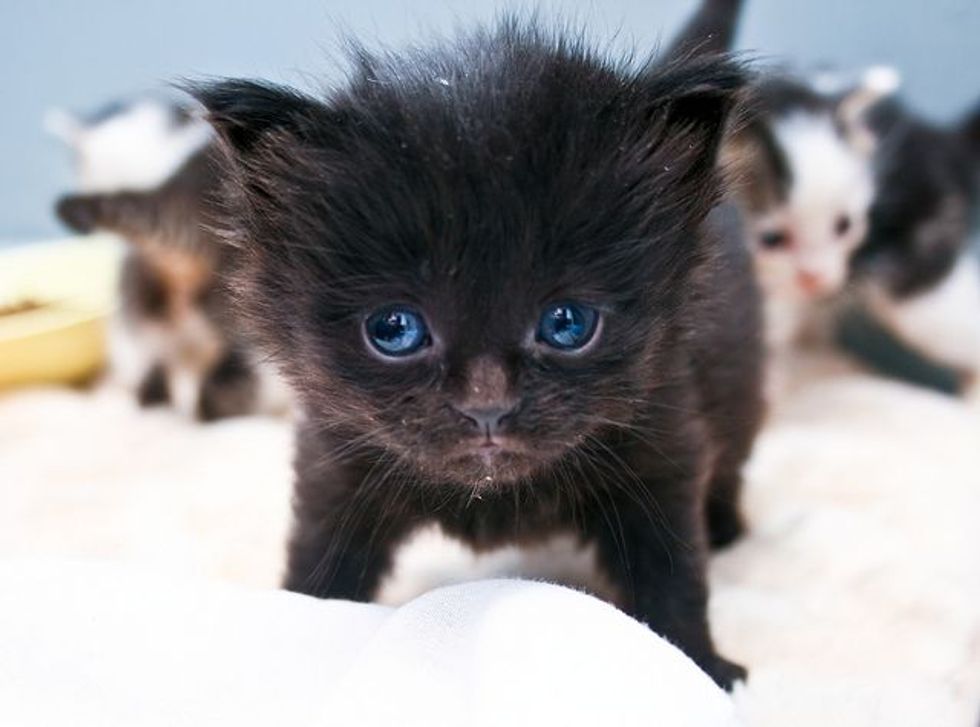 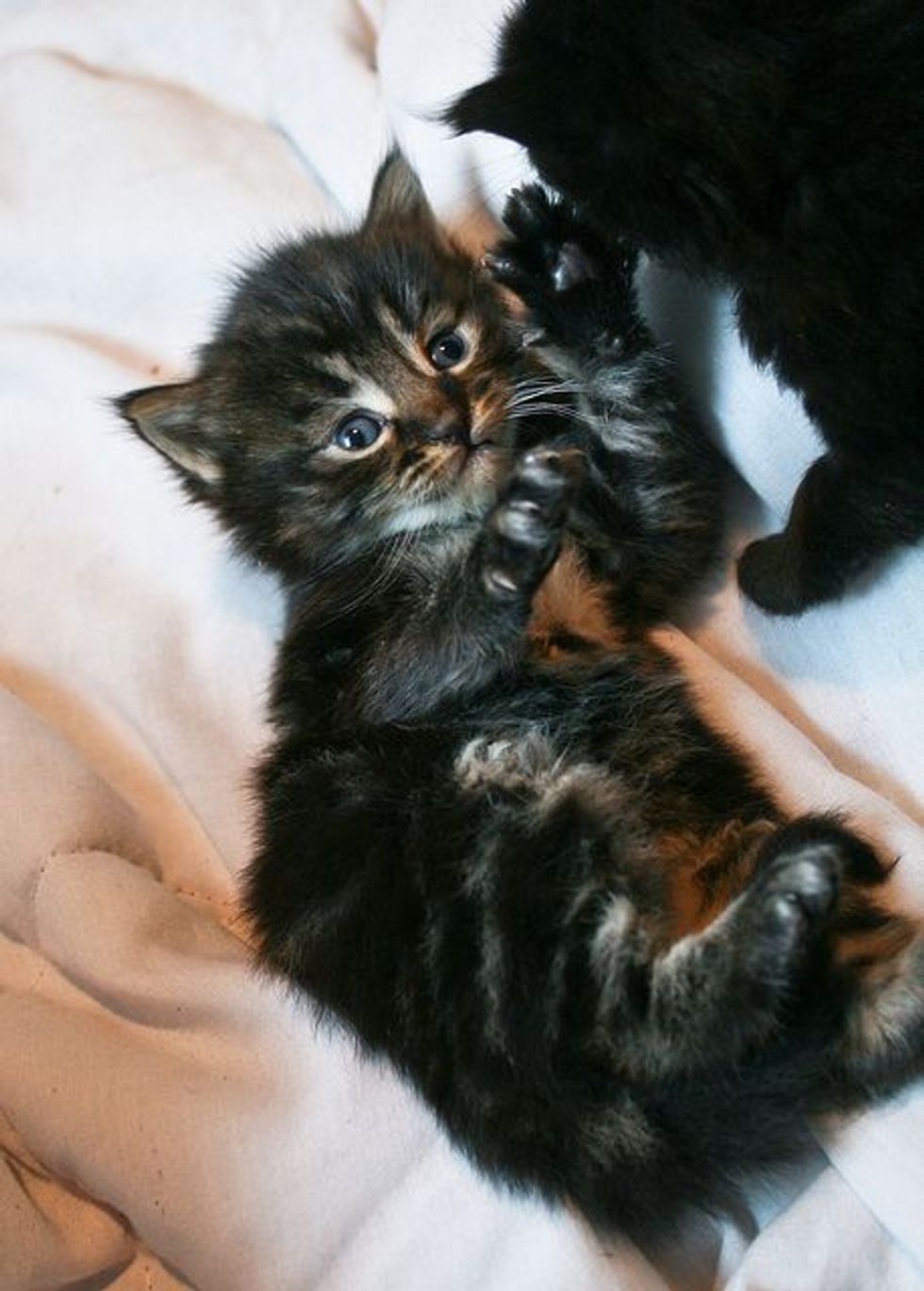 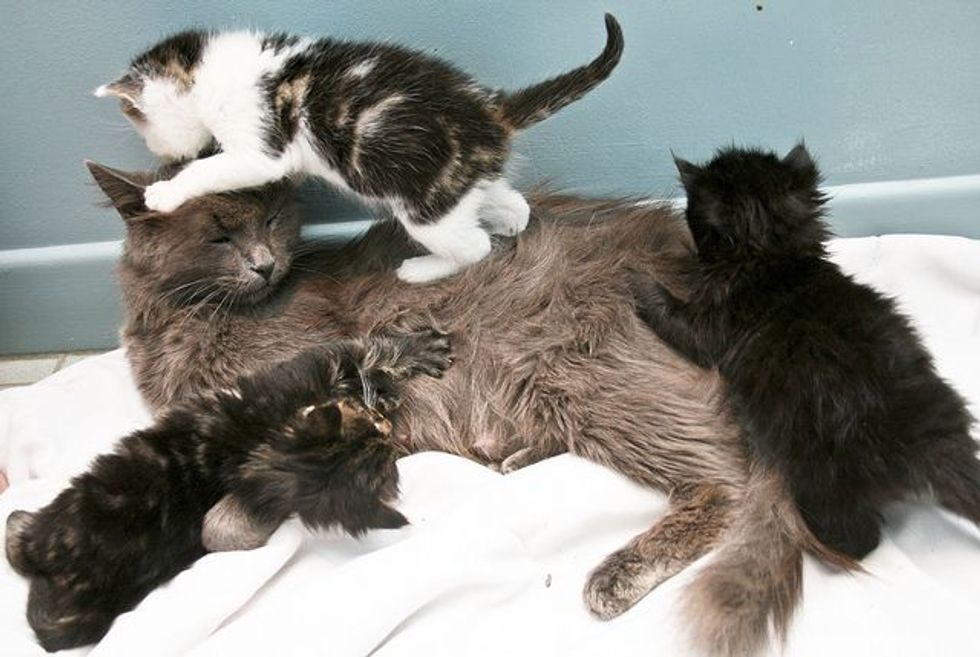 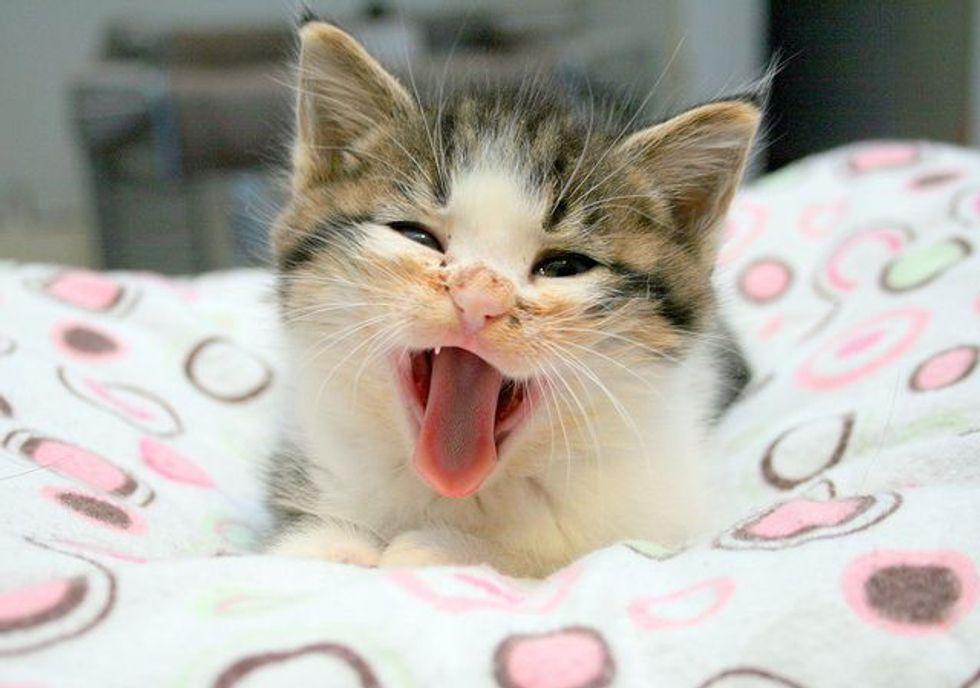 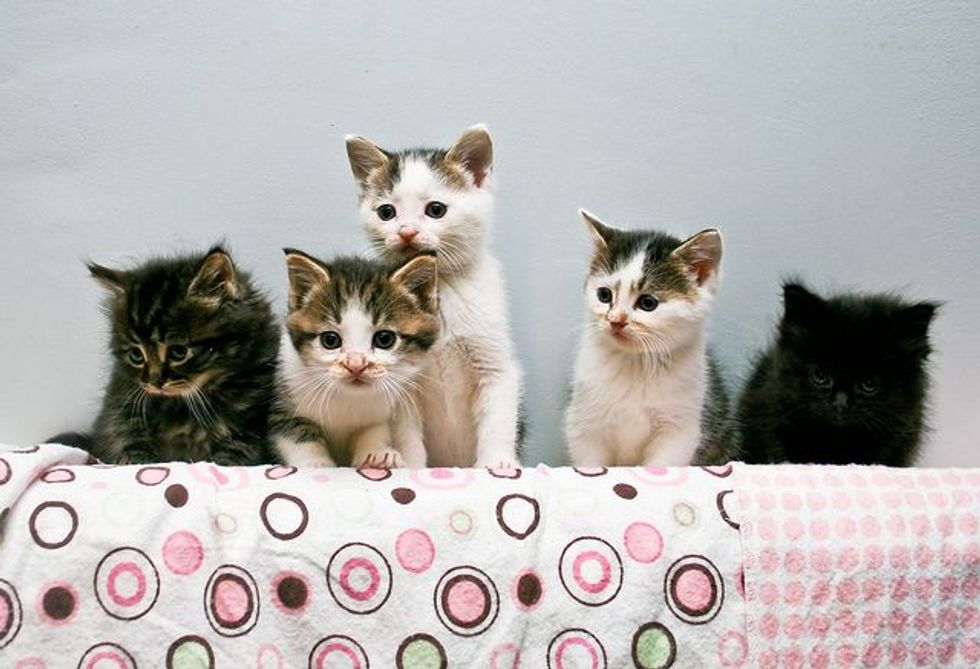 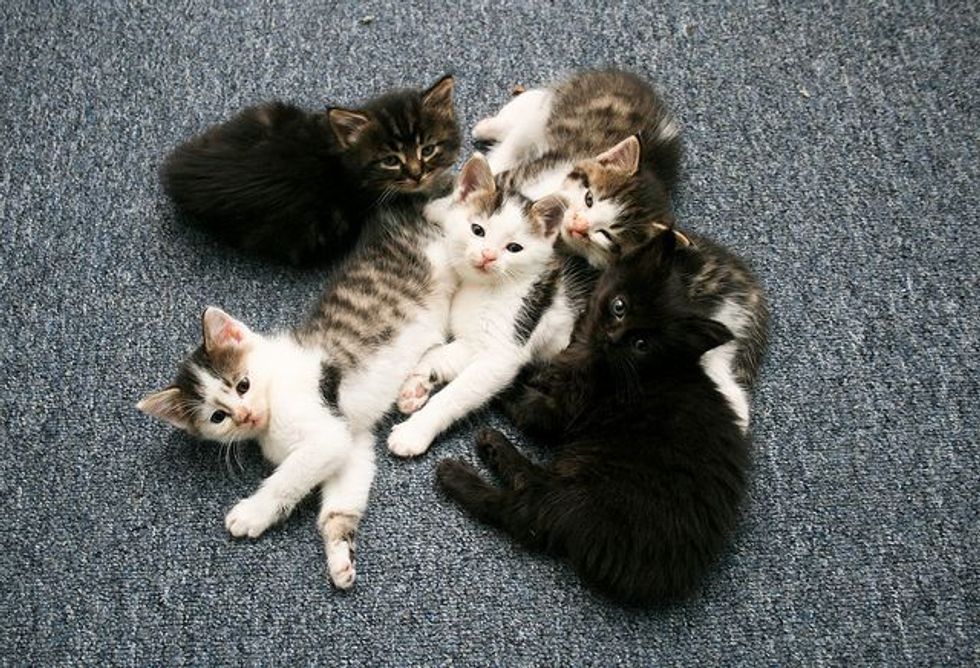 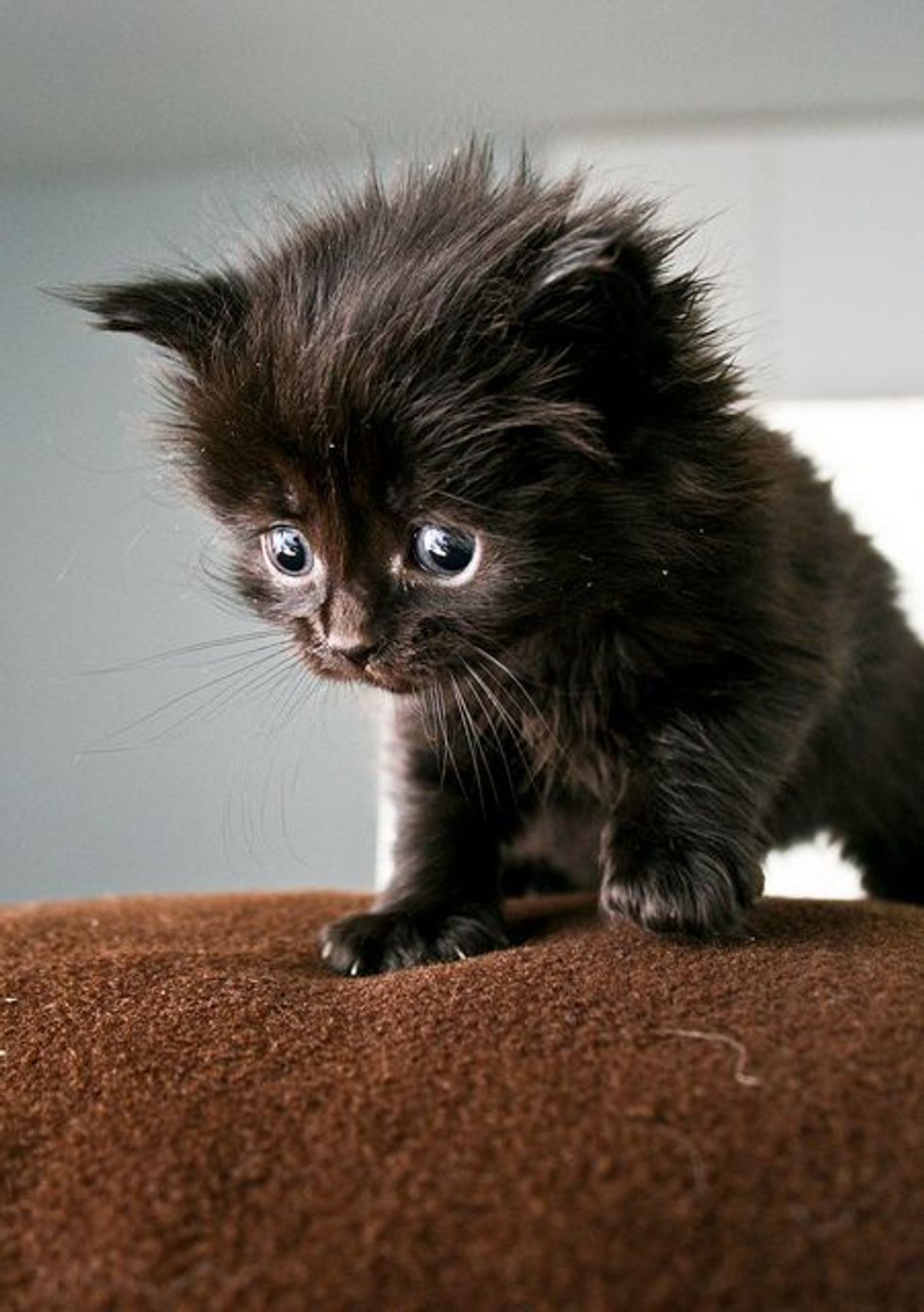 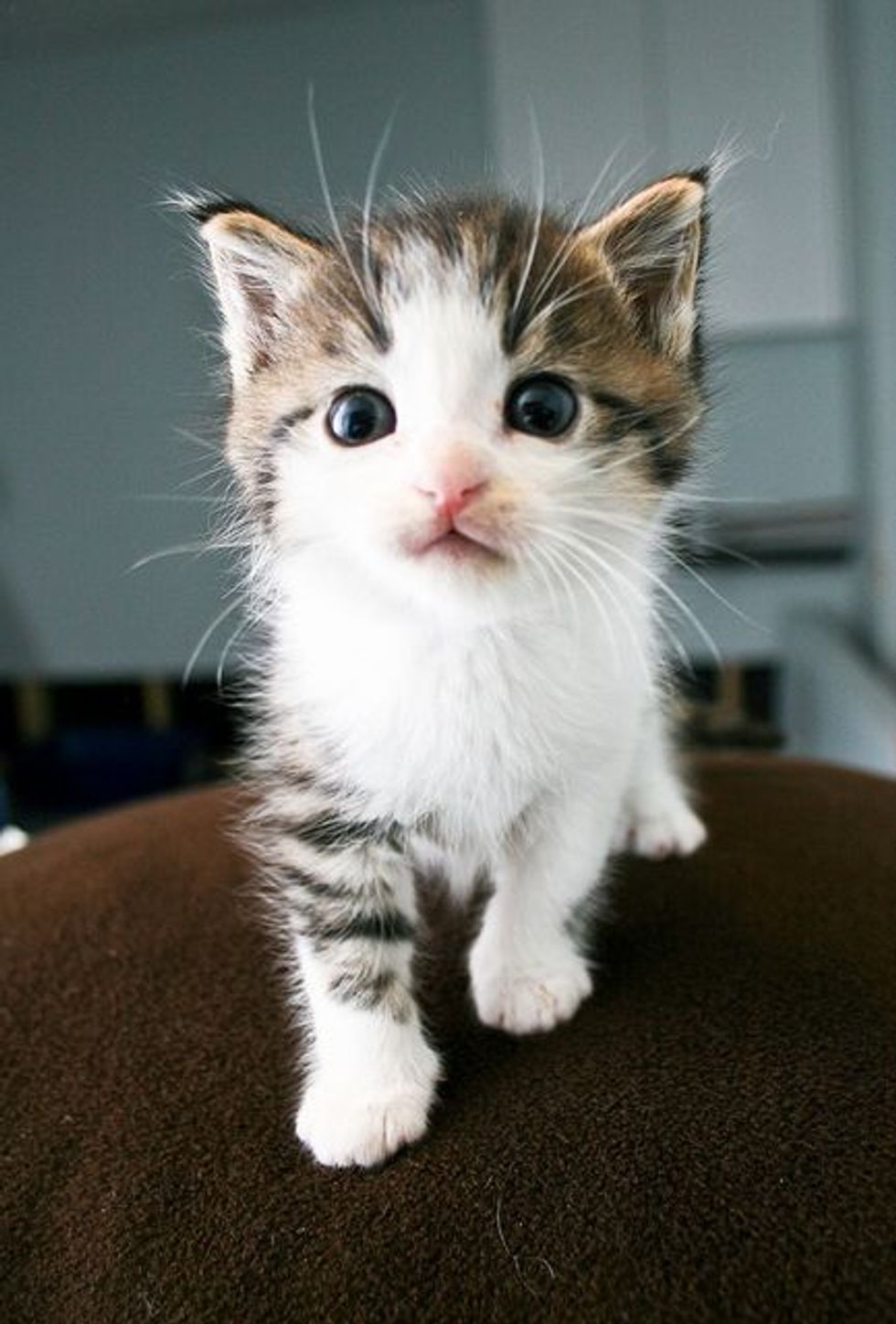 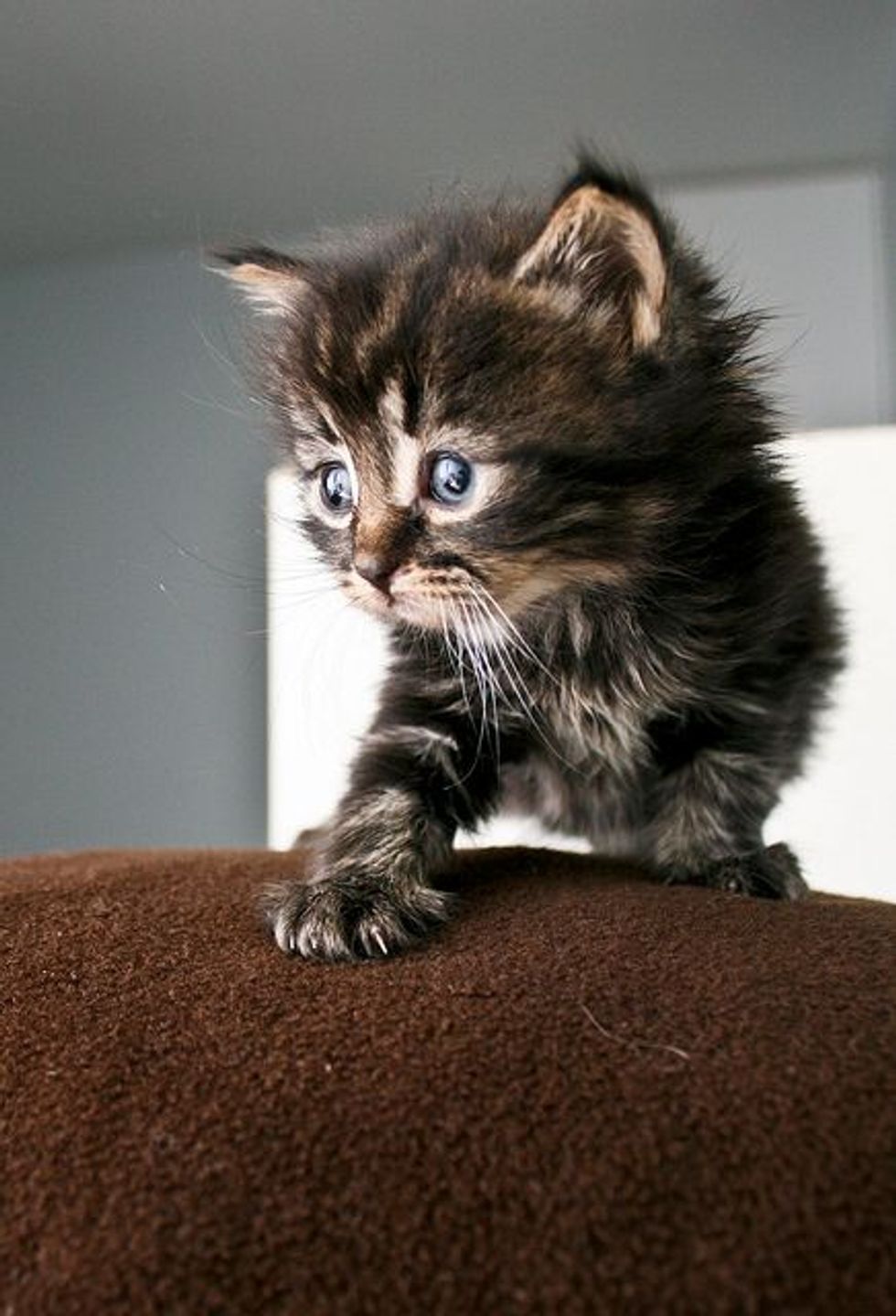 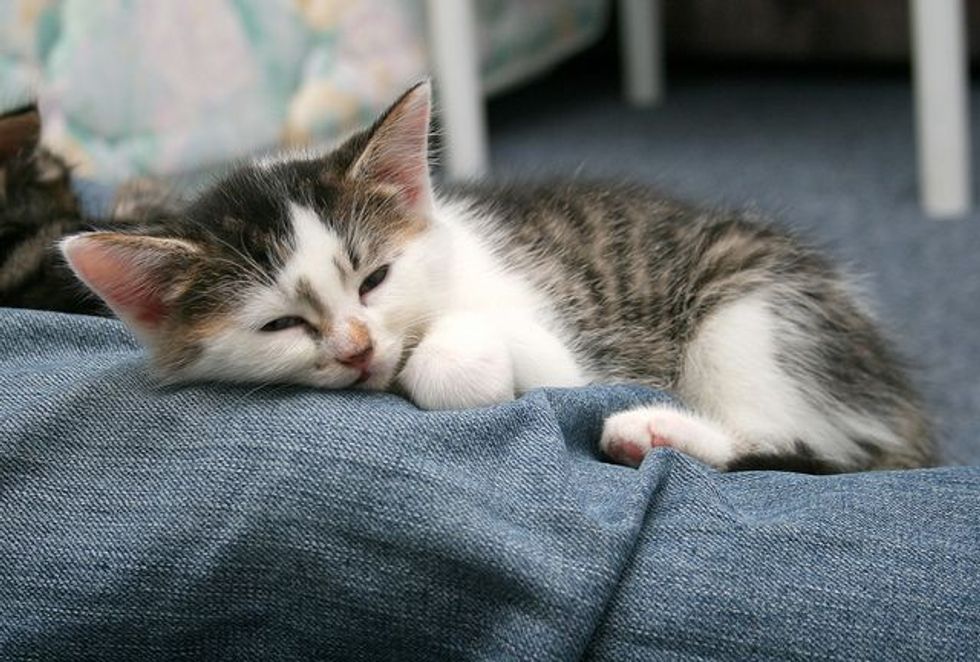 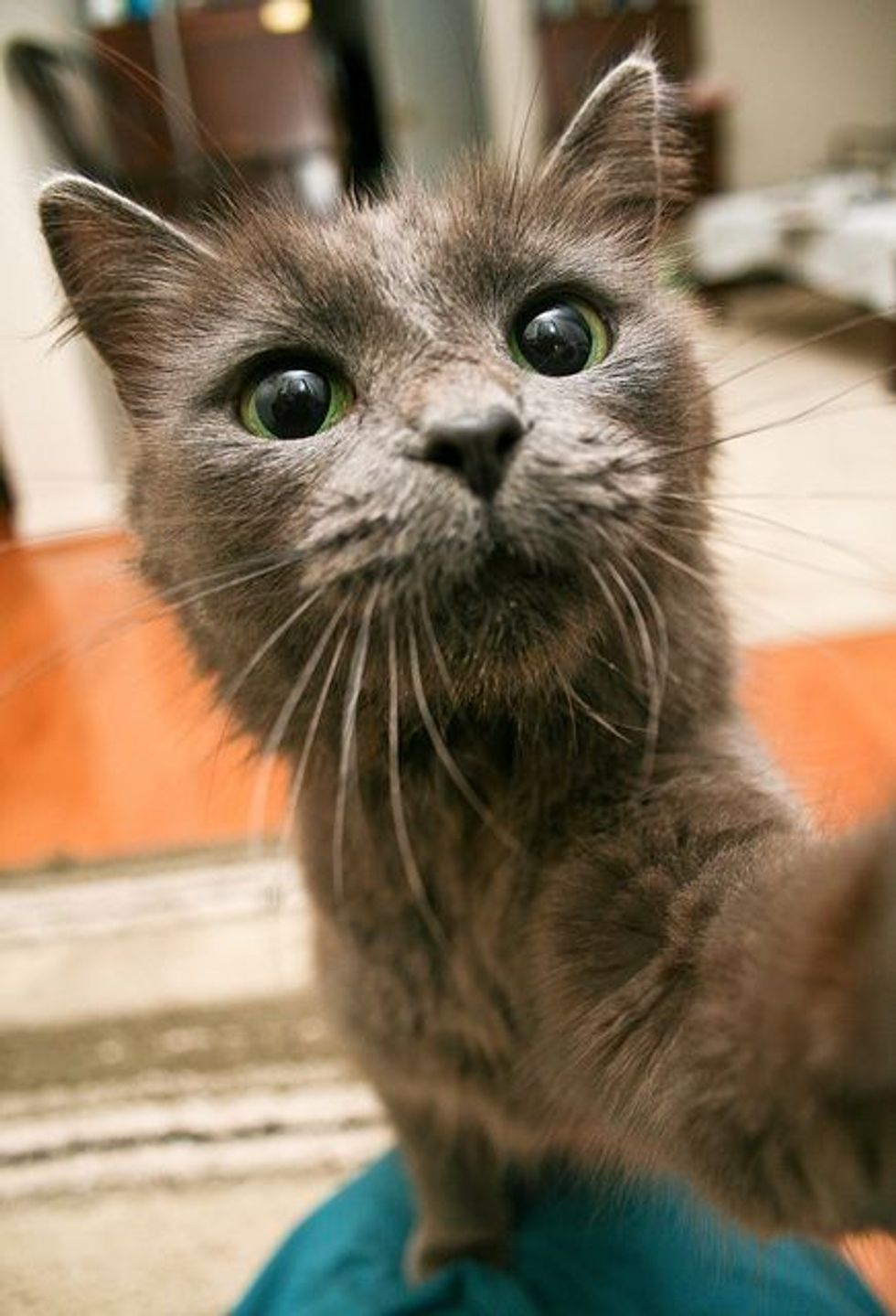