Rescued Cat Can't Stop Cuddling With Another Rescued Kitty Who Didn't Like Him...

A rescued kitty tried to win over the heart of another rescued cat who didn't like him. After a month, the two kitties have become bonded brothers, and they can't stop cuddling. 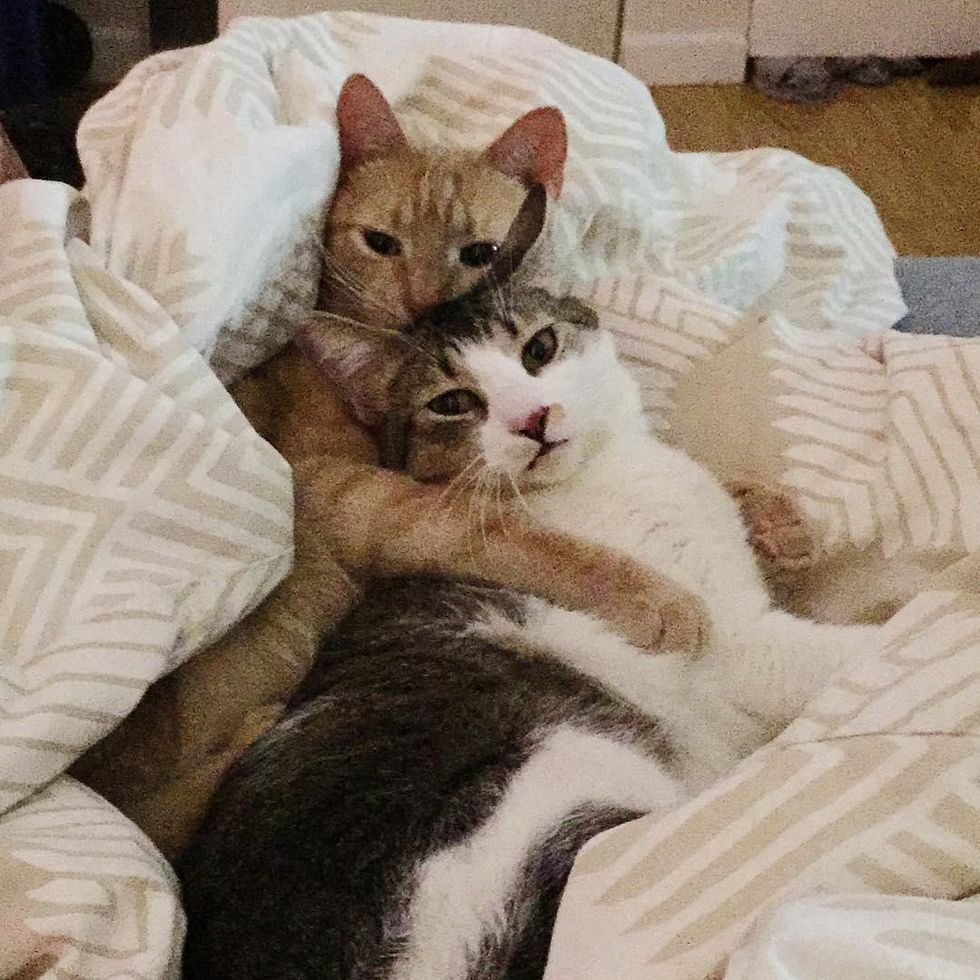 "I adopted Mori first, back in October of 2014 when he was five months old. I was living with two roommates..., so Mori had lots of time to socialize with all of us. When I moved in with my boyfriend, we both had typical working schedules so we started to feel that Mori could use another companion," Jocelyn Tsaih told Love Meow.

They decided to adopt another cat and went back to the same rescue group where they found Louie. 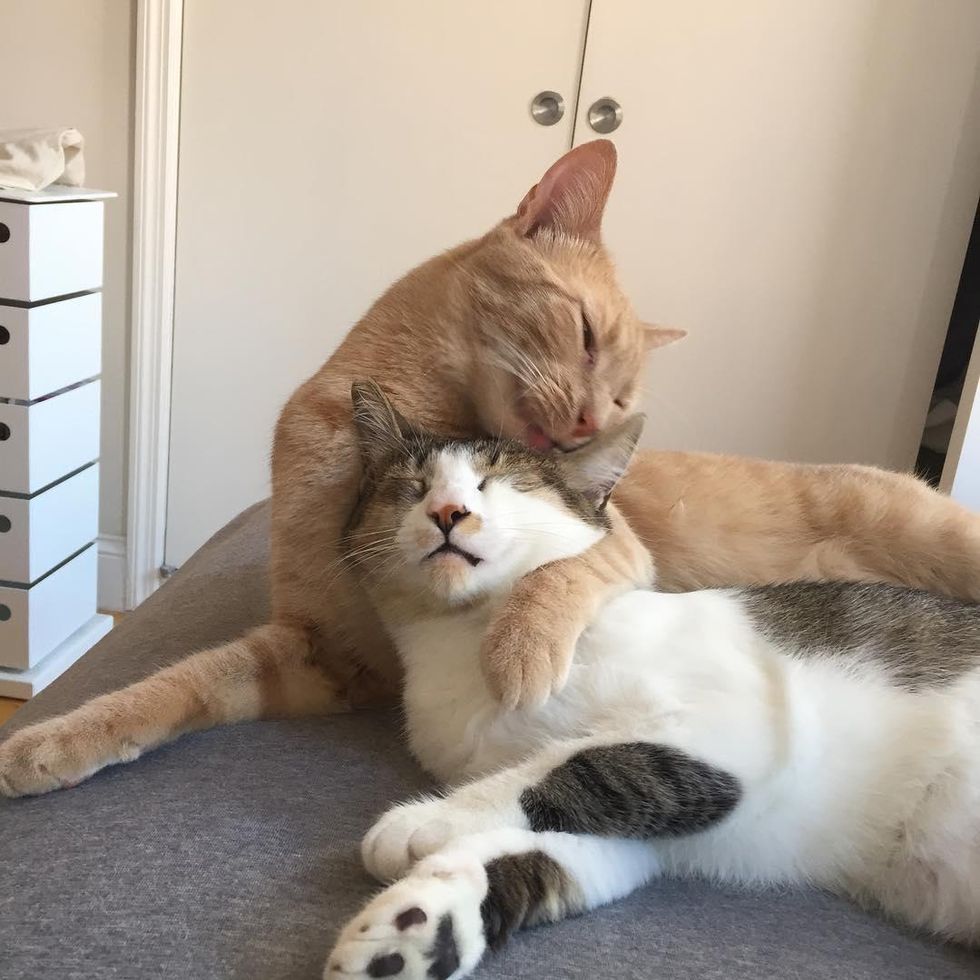 Little did they know that the newcomer wasn't so welcomed by their ginger boy Mori.

"The first meeting didn't go so well. Louie was pretty anxious to be in a new environment but seemed really excited to meet Mori. Mori on the other hand, was used to being the only cat in the household for a while, so he was far from thrilled," Jocelyn said. 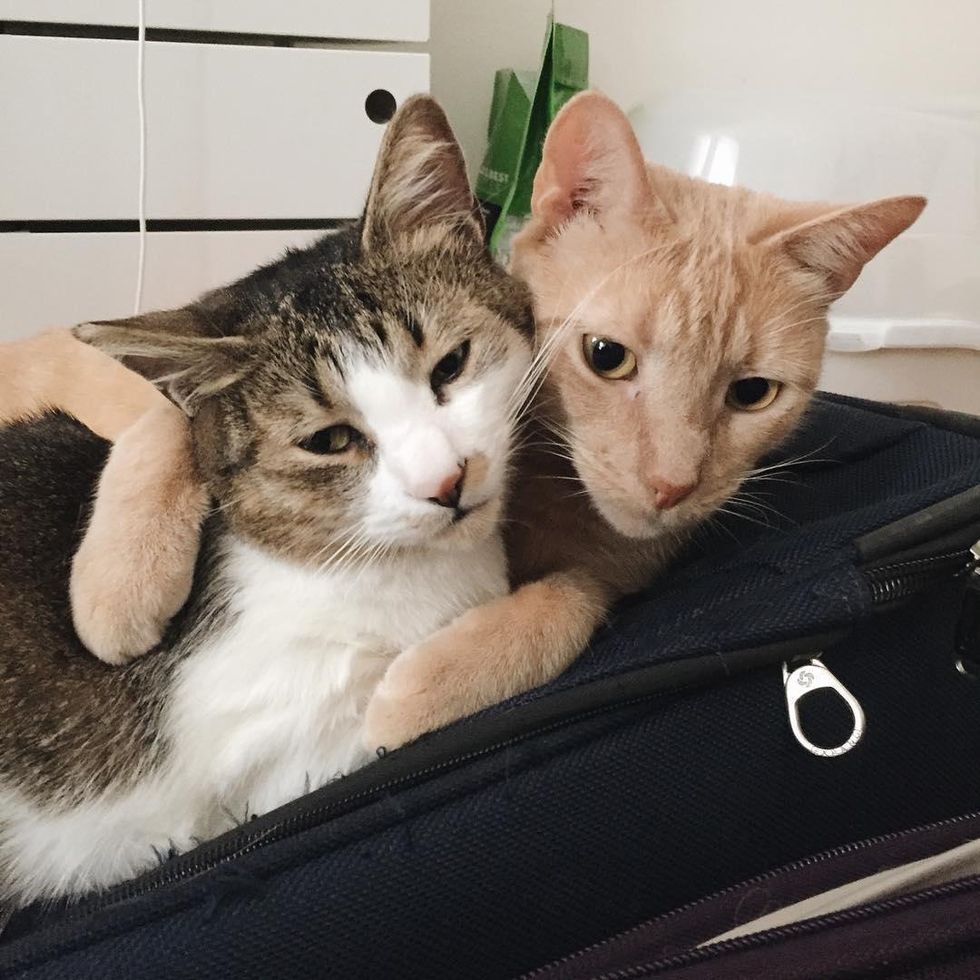 Mori began to hiss and growl at Louie as he tried to greet and befriend him. The new kitty was instantly rejected and warned to back off, but sweet Louie wouldn't give up trying to win him over.

"This is the only time we've seen him behave like this way. We knew it was because he felt threatened so we separated them for two weeks before really letting them interact with each other," Jocelyn told Love Meow. 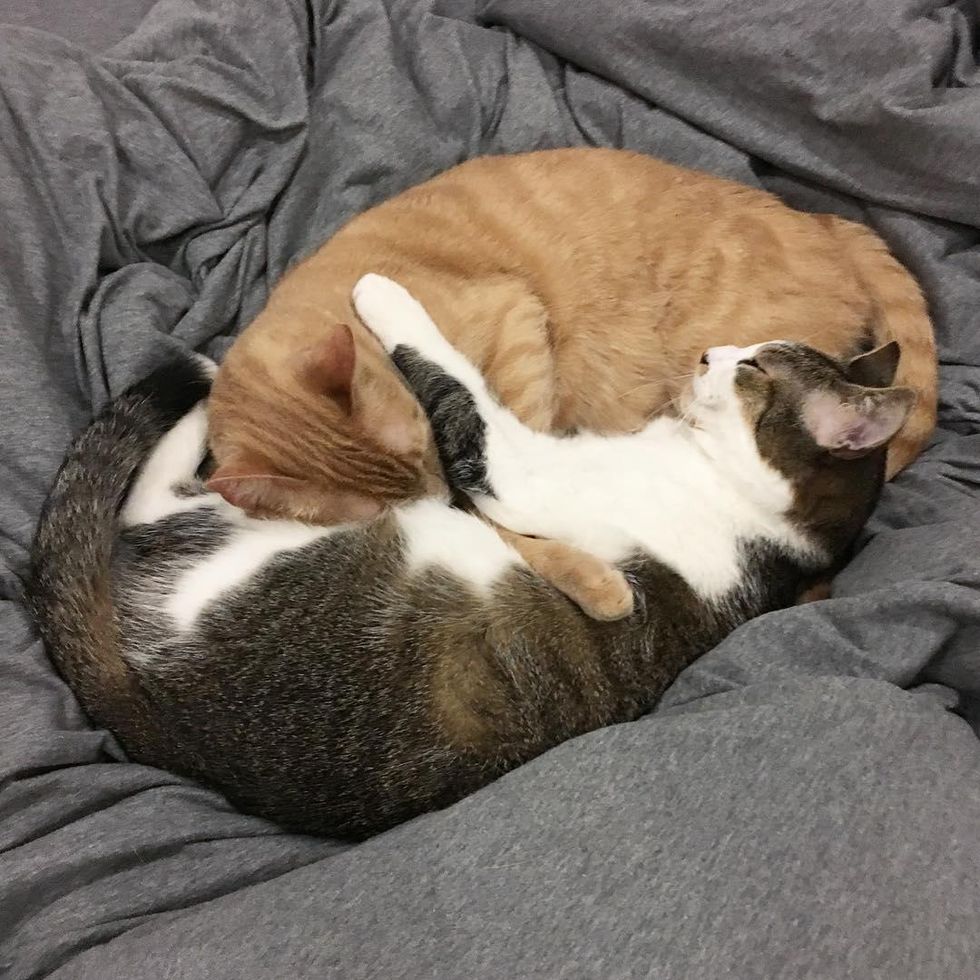 As much as Louie knew to keep his distance from Mori, he couldn't resist curling up next to him. Once Mori began to open up a bit with Louie around, he would sneak his way into his arms.

"Louie is a super affectionate cat, and he loves cuddling in general. Once Mori started to accept and tolerate him, Louie would start to snuggle up to Mori." 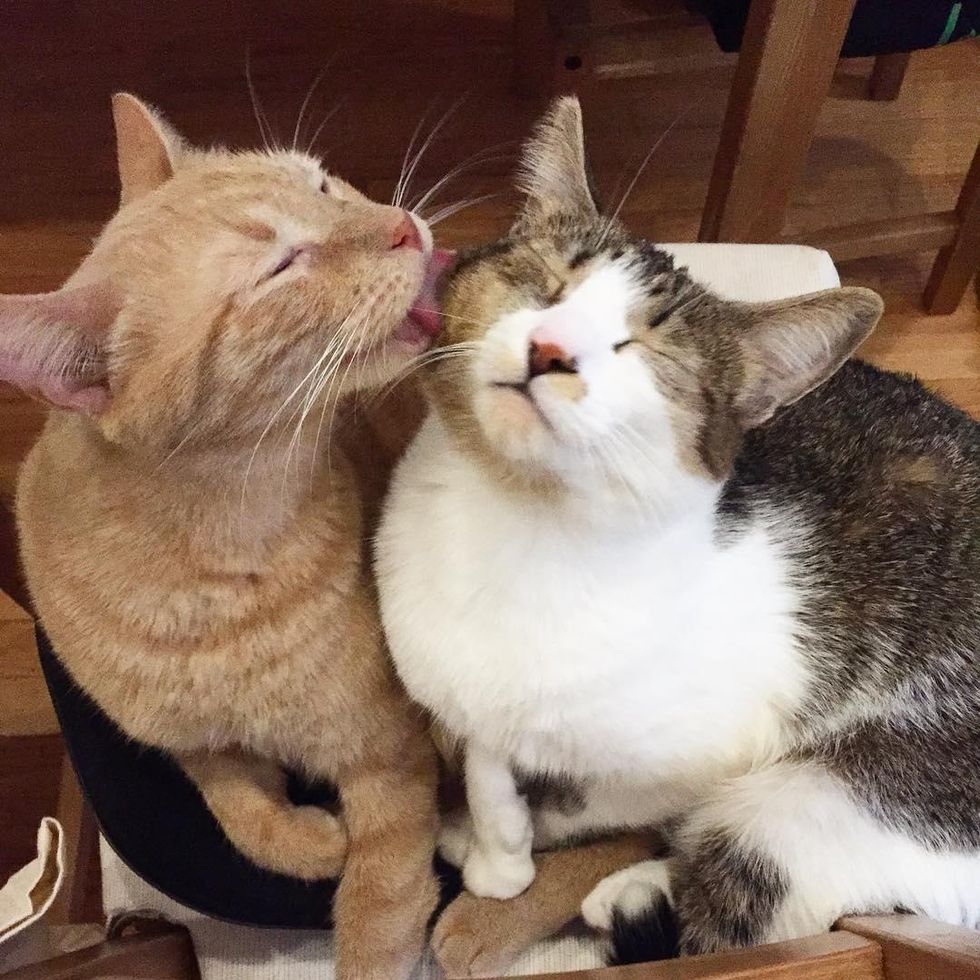 At first Mori wasn't so sure about this friendly feline friend who so persistently tried to get close to him, but the snuggles eased his worries, and before he knew it, Louie had curled up to him, purring away, and the rest is history.

"Eventually, Mori started to groom Louie when he did that and they would end up just cuddling. It was so adorable and we were so shocked that they ended up getting along so well! It seemed so hopeless at first." 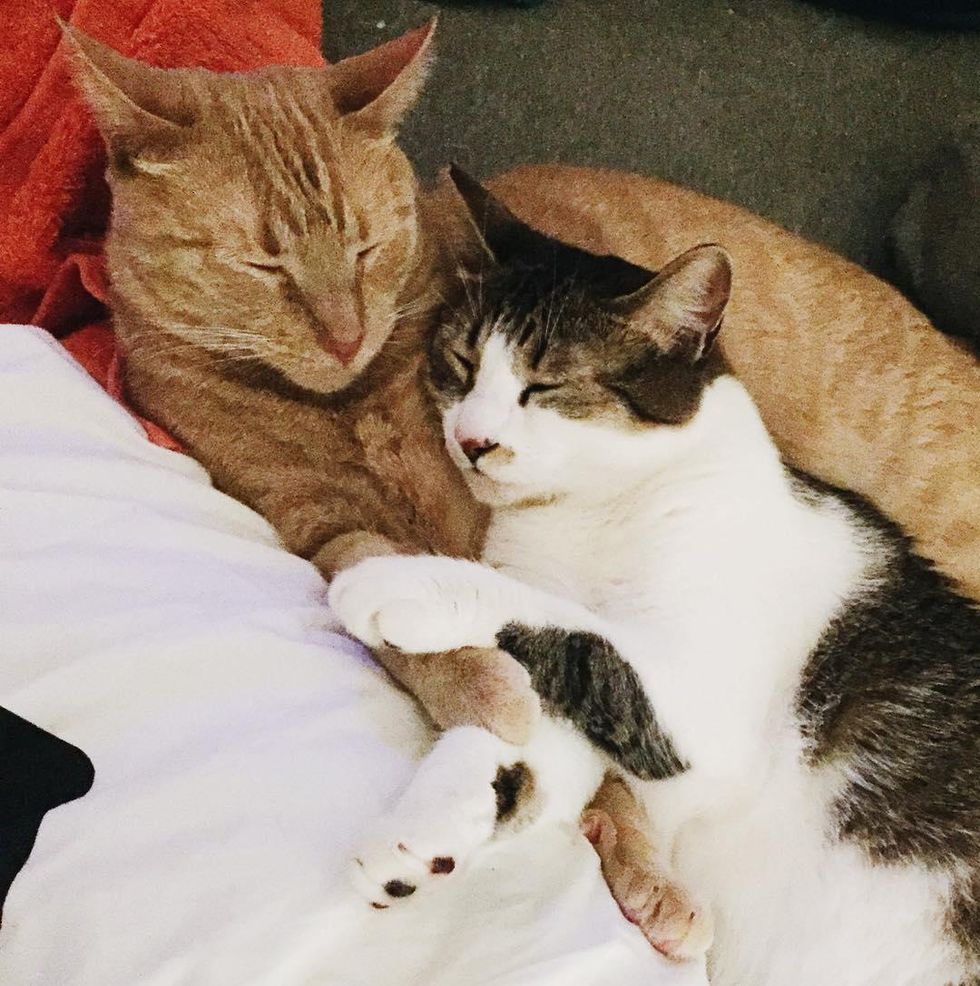 Now the two buddies spend their days snuggling, giving kisses and following each other around. 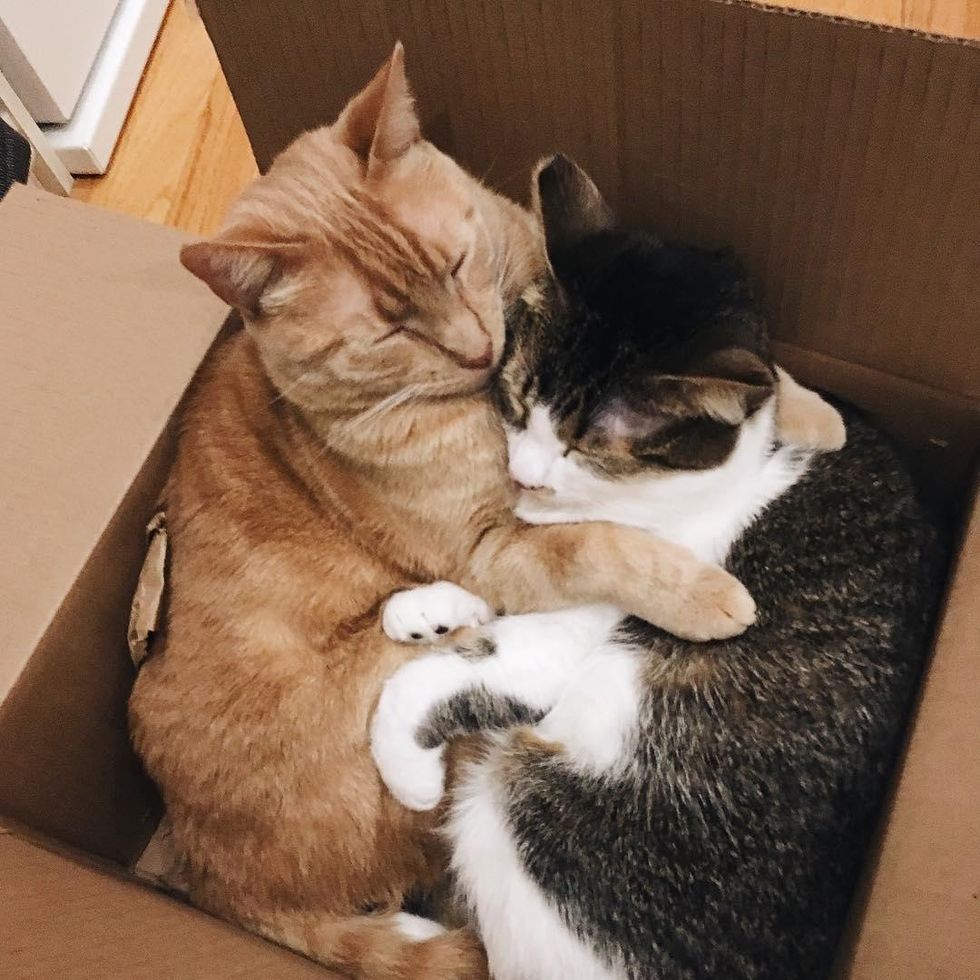 "They're constantly chasing each other around our apartment and wrestling. They like to sneak up on each other when they think the other's not looking," Jocelyn told Love Meow.

"And then when they get sleepy they'll start cuddling. It's all so entertaining!" 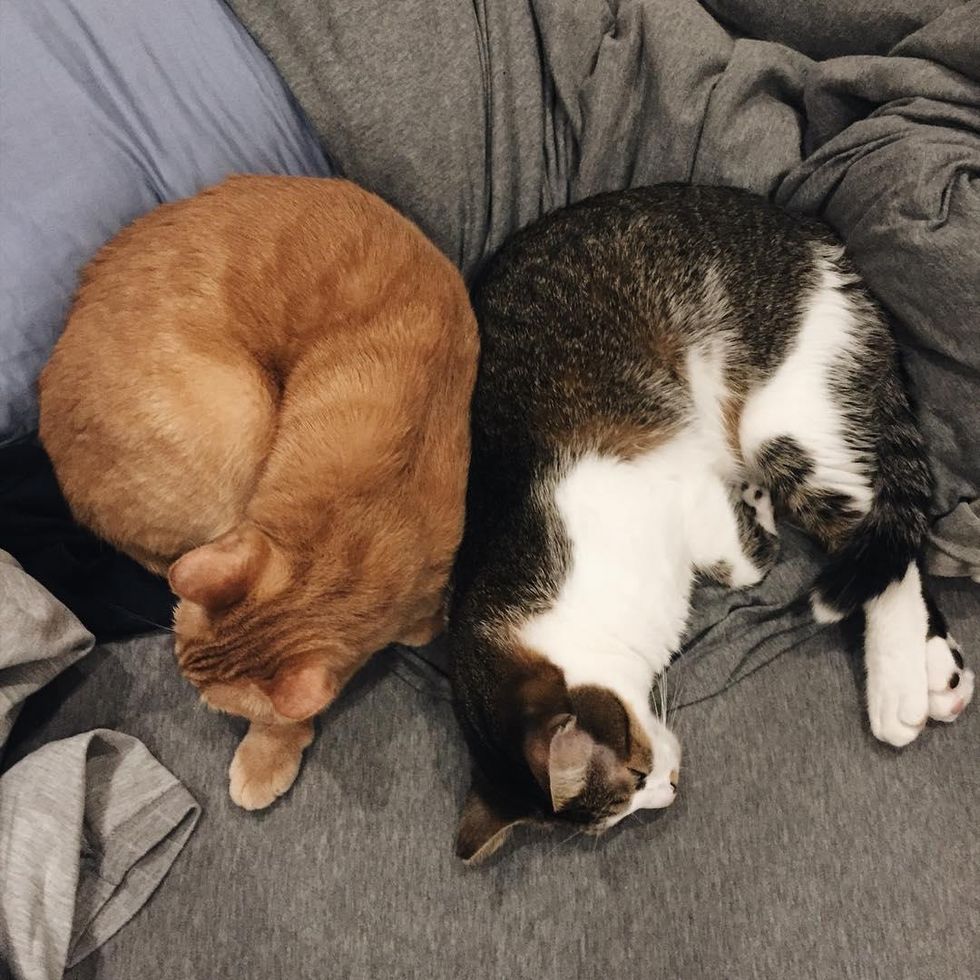 "Their dynamic is really interesting because Mori is definitely the older brother in the relationship.

"Louie is the clueless, happy-go-lucky one and Mori looks out for him." 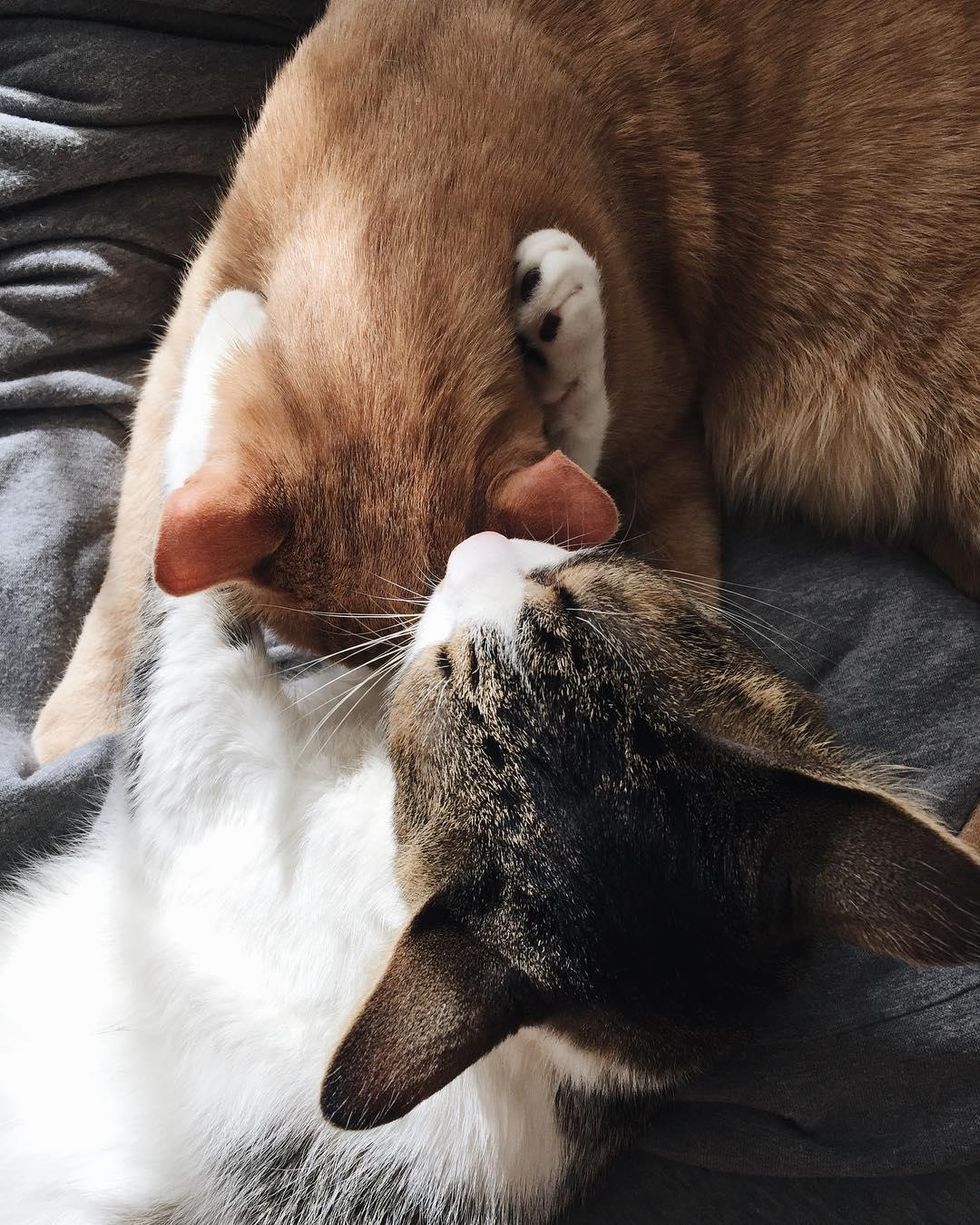 The two kitties came from Puerto Rico and found each other at their forever home in New York City.

Now they can't stop hugging and loving each other like brothers. 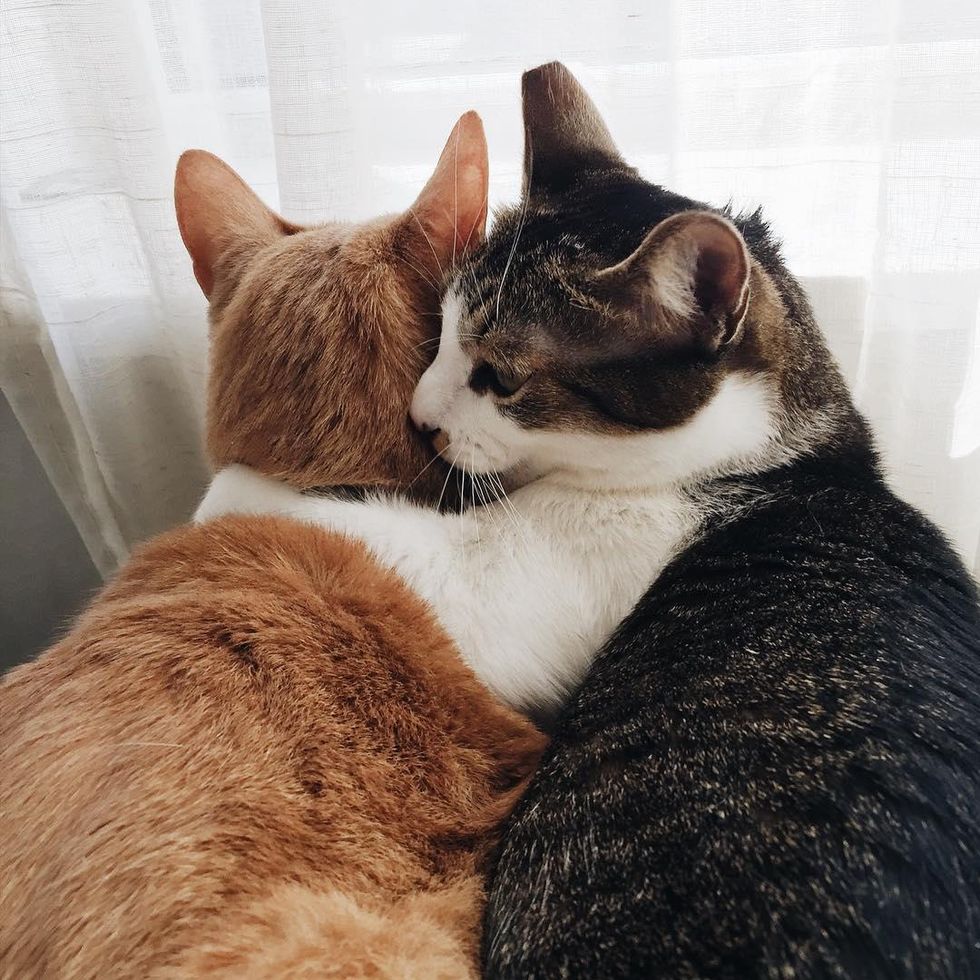 Related story: Shelter Kitty Won't Let Go of Her Best Friend When She is Adopted, A Week Later