A woman helped a cat mom save and raise her only kitten so they would never be apart. 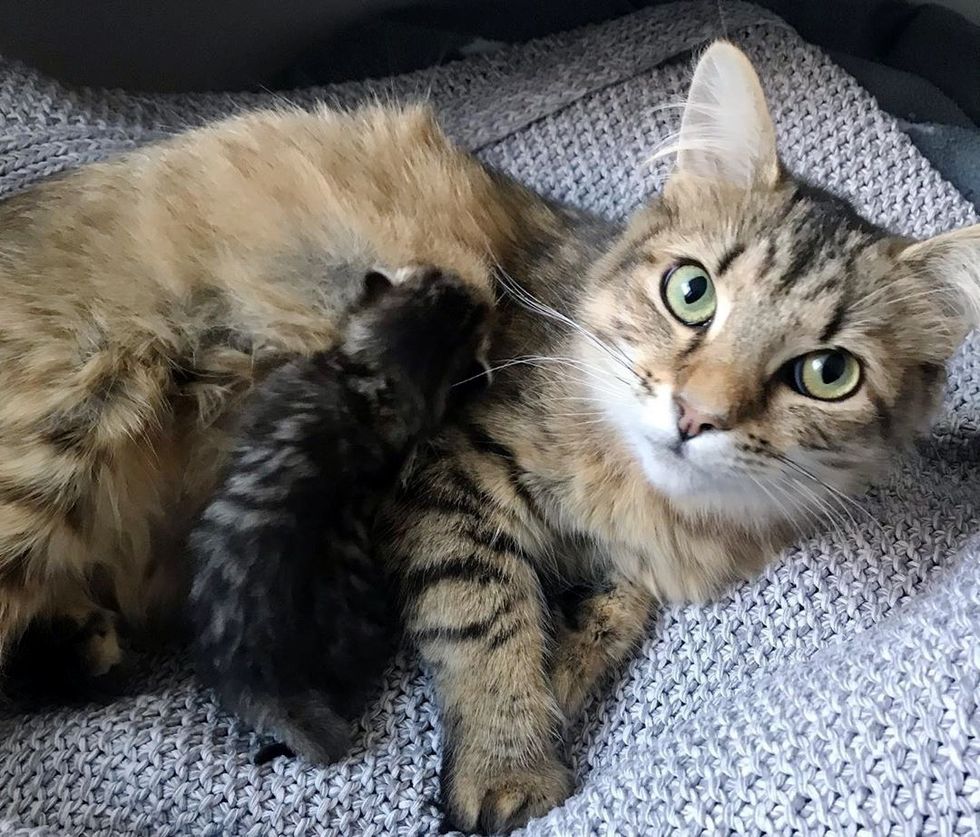 Tara, a veterinary nurse and foster volunteer of Perth Rescue Angels, took in a cat mom, Molly, who had given birth to four little kittens. Sadly, only one made it and he was struggling.

Molly was not able to nurse her kitten, and the little tabby had developed neonatal ophthalmia, an eye infection. "She was such a doting mother cat. I refused to let her lose him, too," Tara told Love Meow.

"He went on antibiotics and continued with eye drops for a week. I would feed the kitten and do his medication, and she would clean and toilet him, and keep him warm. It was great teamwork." 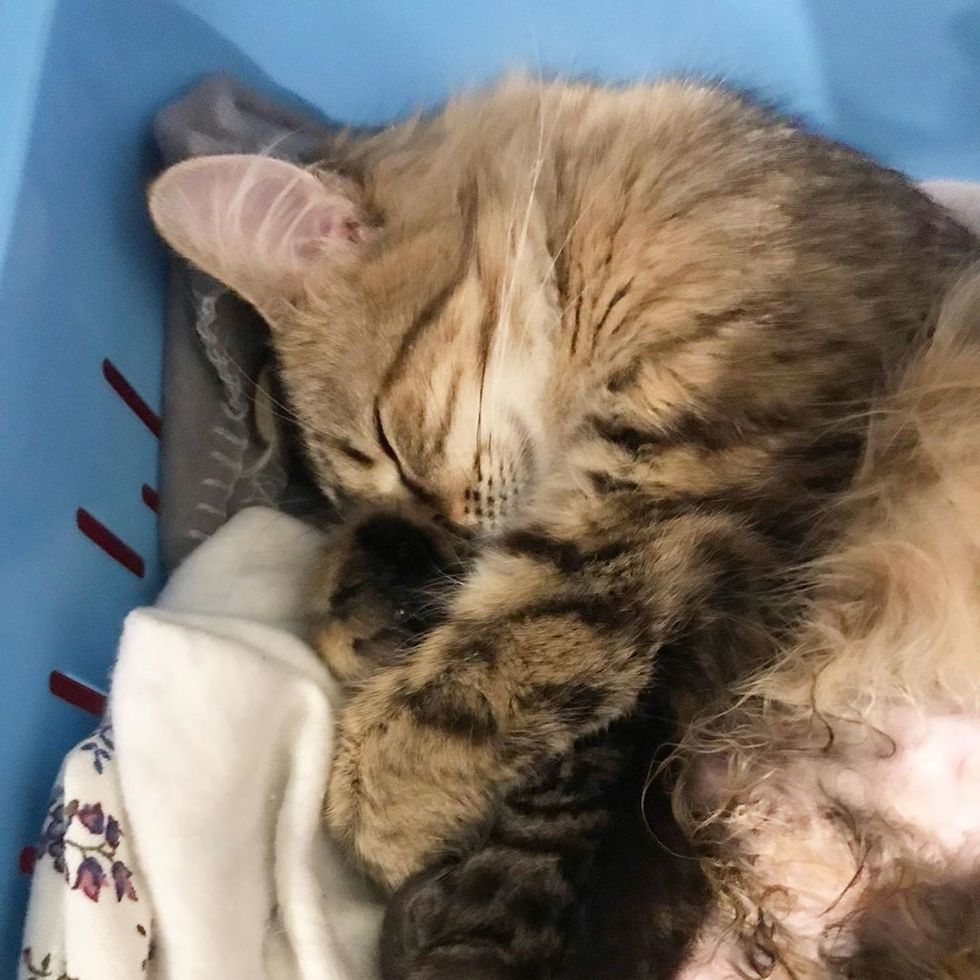 Mama Molly is very protective of her only fur child.

During the first few days, she was extremely concerned when Tara would bottle feed her kitten. She watched intently over him and wouldn't let him out of eyeshot.

She began to trust when she realized Tara was helping them. 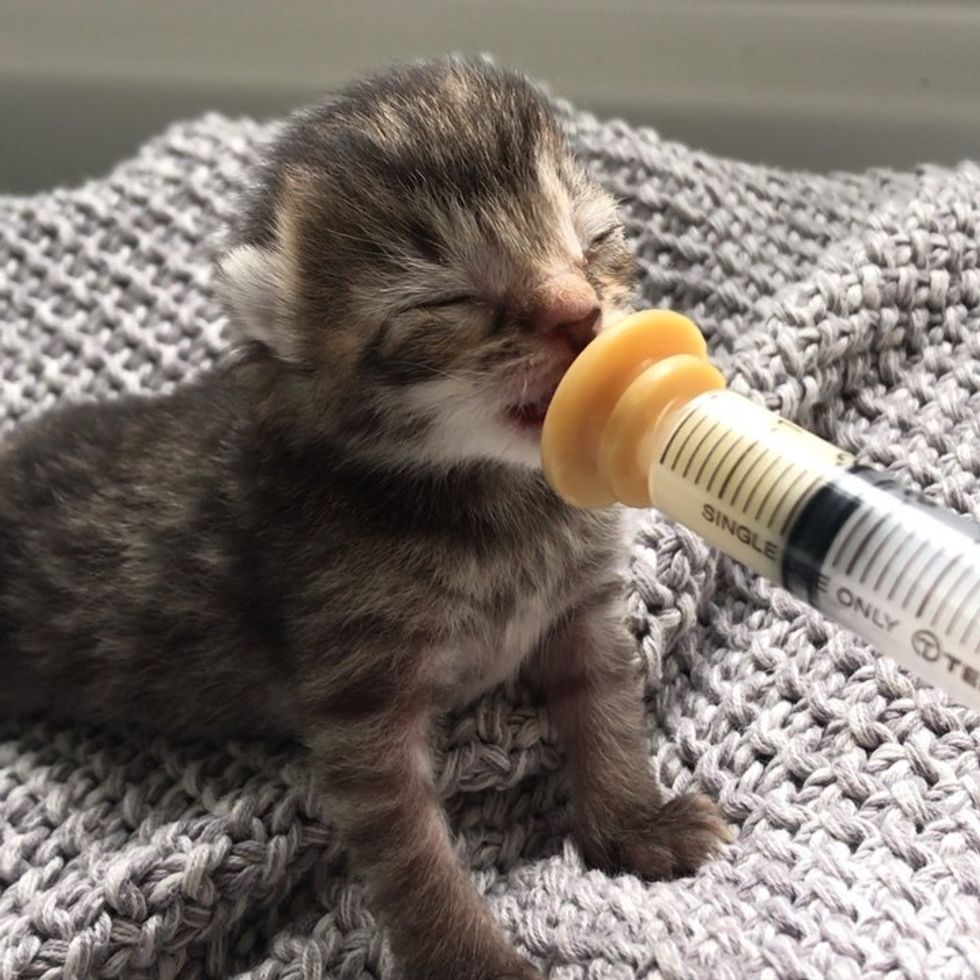 Her guard went down and she even started enjoying belly rubs and ear scratches. Molly would take a short break every now and then, watching on peacefully while Tara stepped in to help.

"Cats are very intelligent creatures and when I look at her cute little face, I can see just how grateful she is that one of her kittens has survived and is doing well," Tara said.

"She might not be able to feed him but she is doing everything else perfectly." 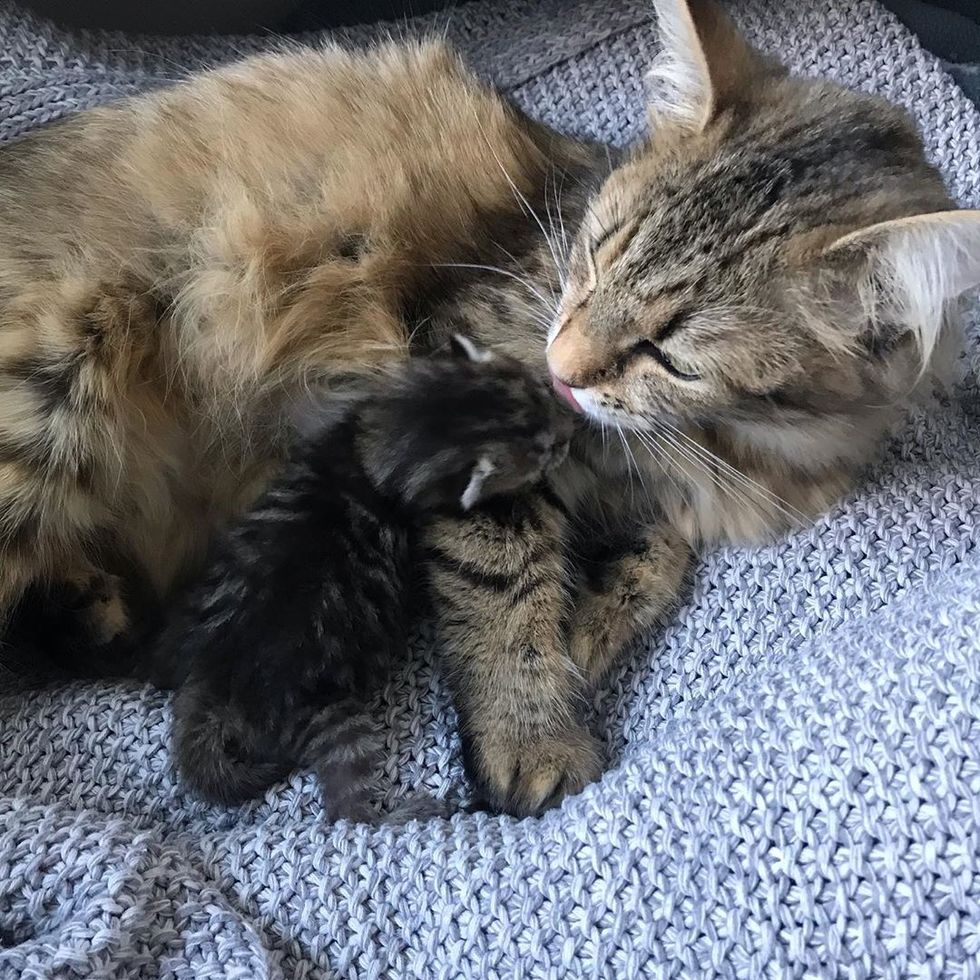 After weeks of round-the-clock feedings with supplemental care, the kitten, named Sir, was nursed back to health and packing on weight and strength.

At four weeks old, he began to learn to walk.

Sir was a tiny but mighty little guy. Despite still trying to figure out how to use his limbs, nothing could stop him from being adventurous. 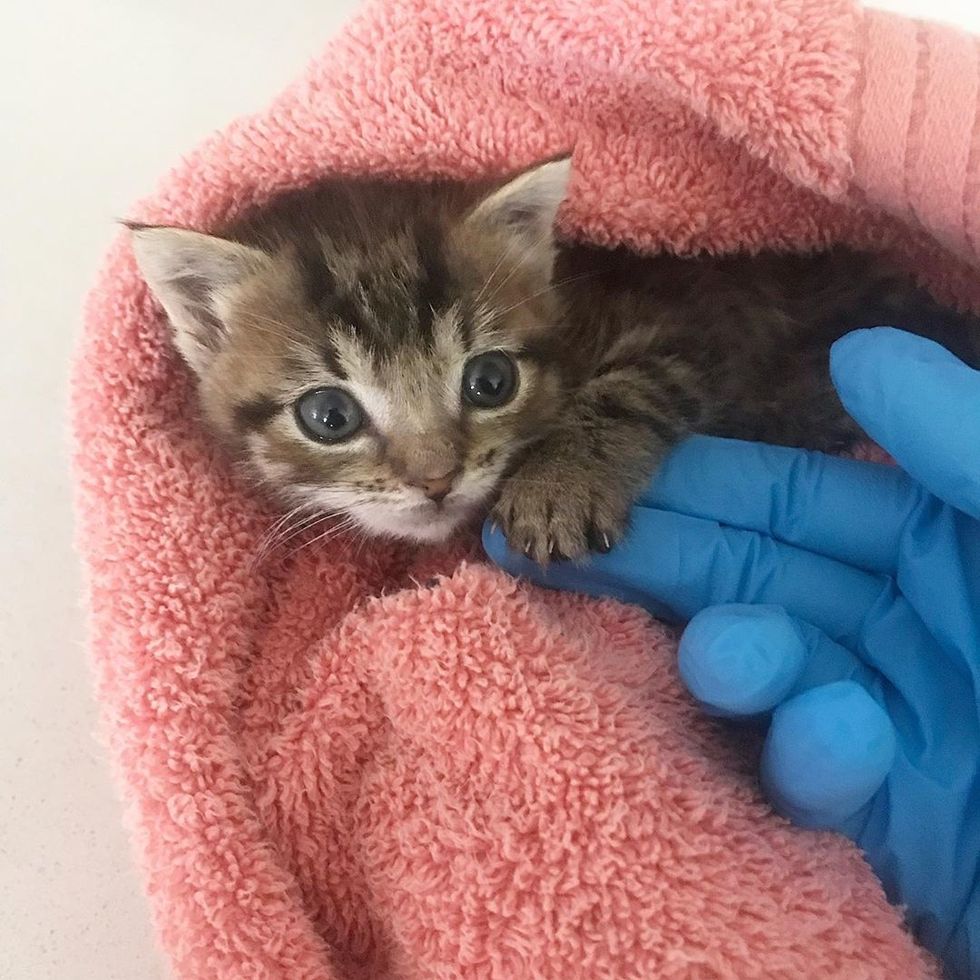 When he climbed into the litter box for the first time, mama Molly was right by his side, cheering him on. "The way Molly was chirping, trilling and encouraging him was amazing," Tara said.

She gently nudged his head to spur him on while he dug around the litter, and licked his little face with love after he crawled out of the tray all by himself. 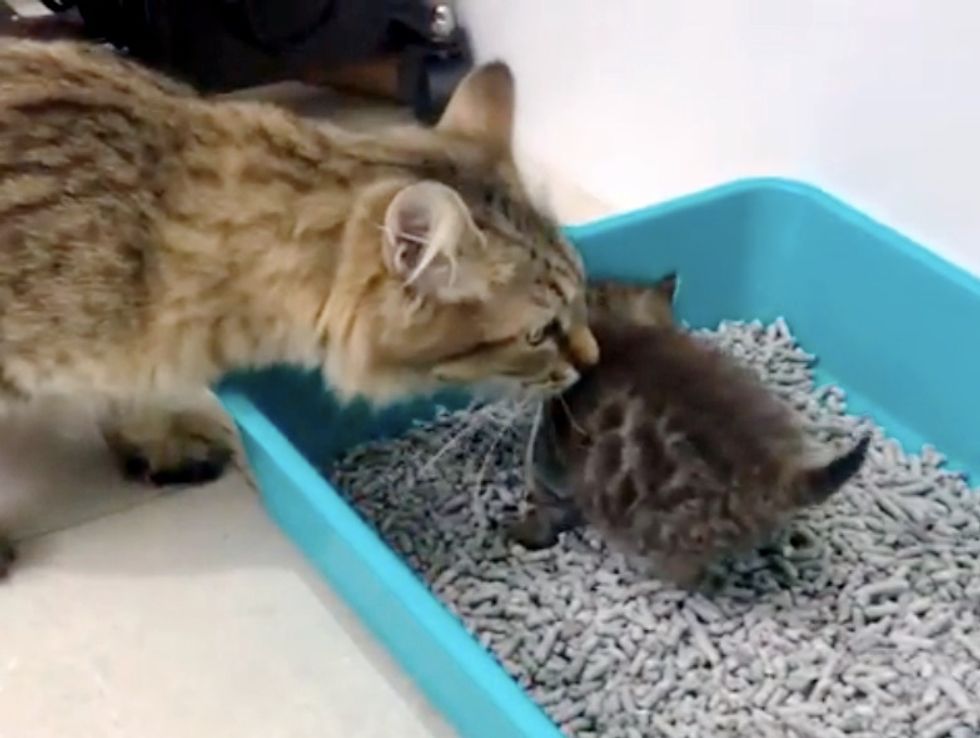 The kitten is getting bigger and stronger every day. Mama Molly is starting to loosen the reins a bit but she always keeps an eye on him, making sure he's safe.

The mother and son duo shares an incredible bond. Molly has been spayed and her kitten will be neutered when he's ready. "No more kittens for the sweet girl. It's lovely after all they went through that they will get to stay together." 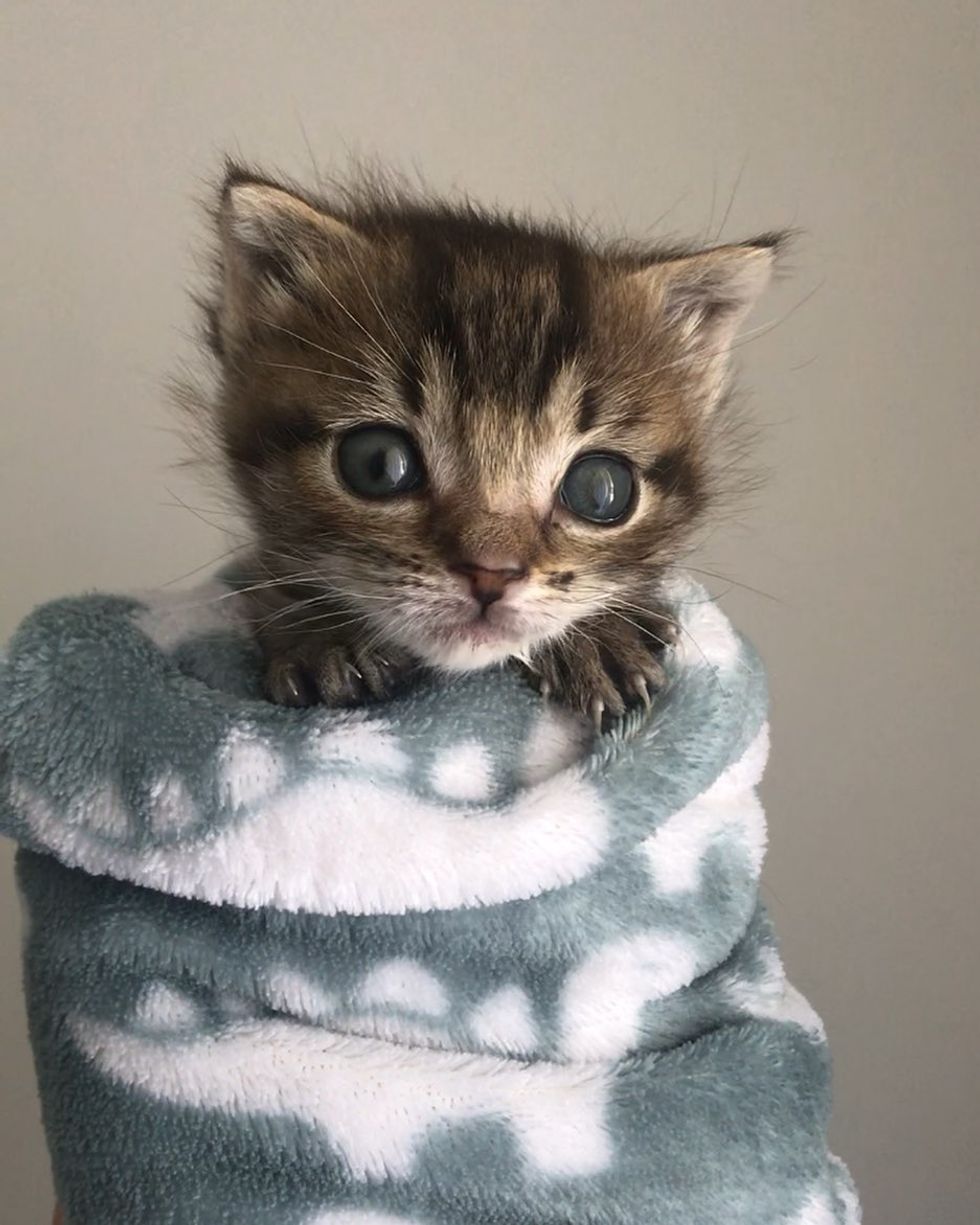 "Molly loves her baby so much. She may have lost her three other kittens, but we managed to save one and keep them both together, so I think that's a little win in itself," Tara said. 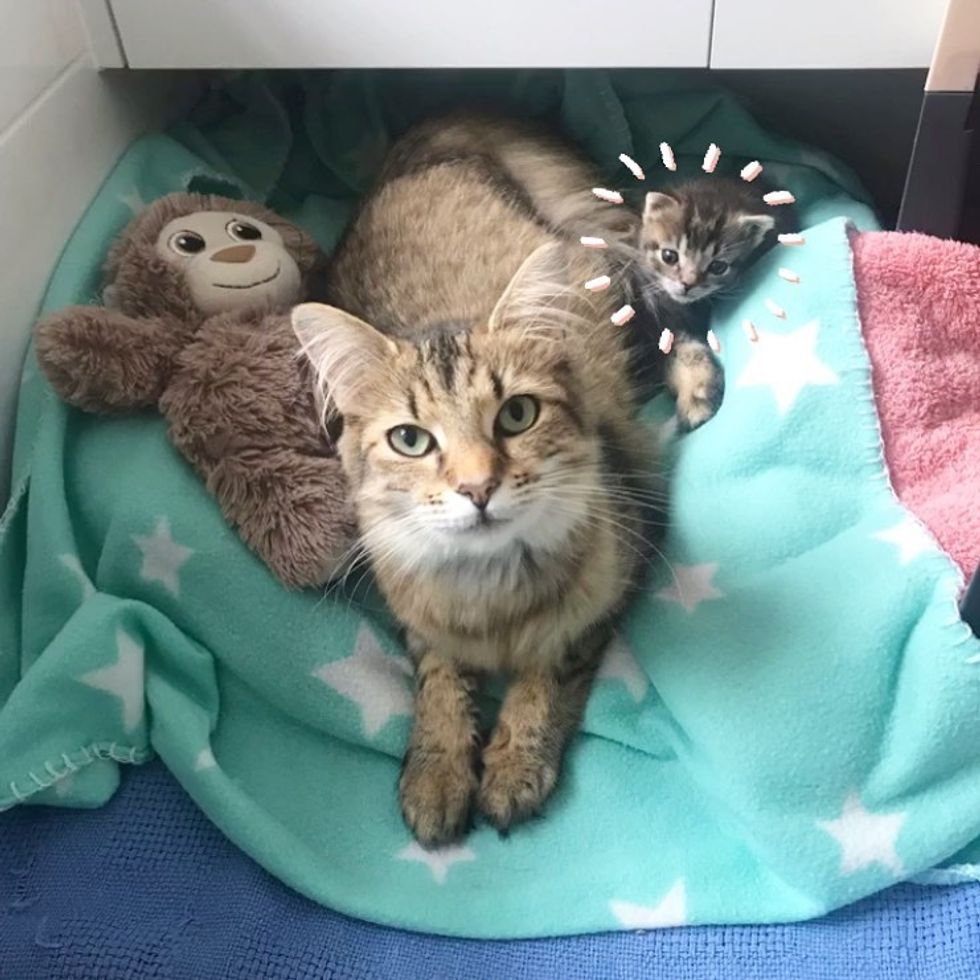 Watch them in this cute video:

Kitten and his rescue journey youtu.be

Related story: Cat Snuggles Rescuer When She Realizes Her Kittens are Safe, After She's Lived Her Life on the Streets