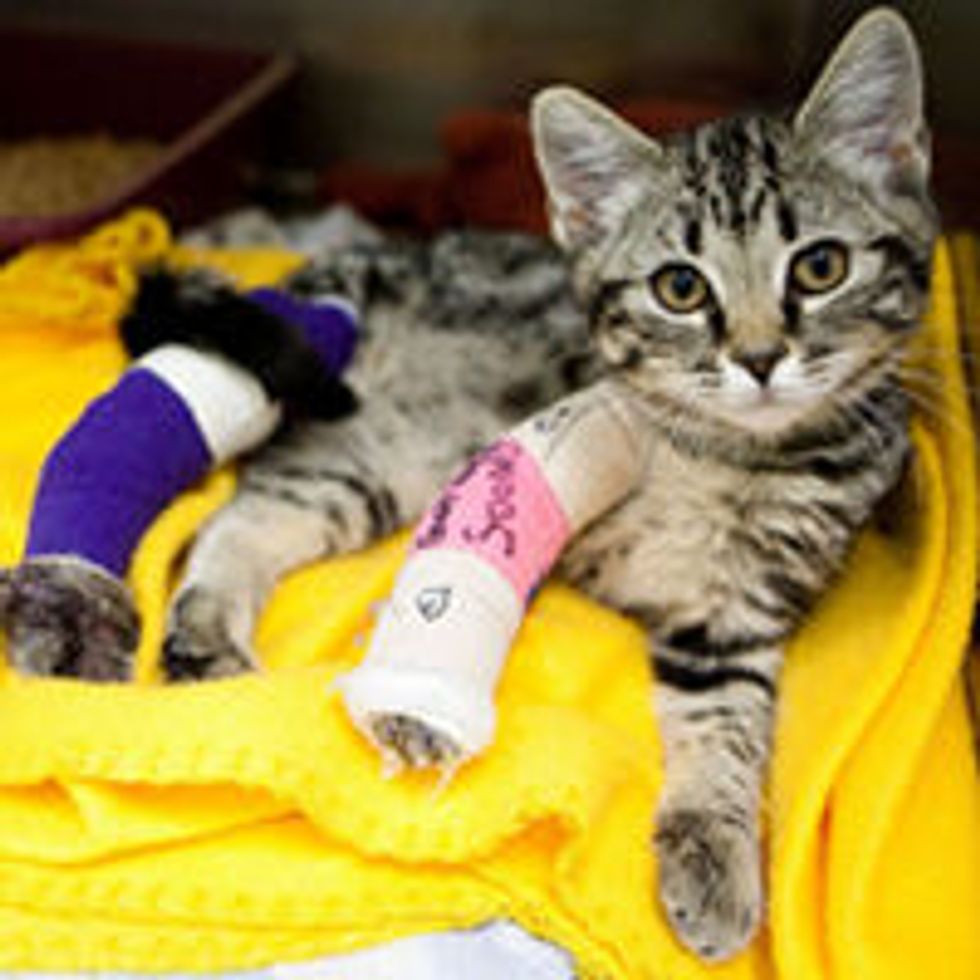 This tiny tabby was found along with her litter mate by Heart of the Valley Animal Shelter. "A concerned citizen heard the shots, found the kittens and brought them to the shelter," Bozeman Daily Chronicle reported.

Rivers has three broken bones in her legs. "Rivers sported a thick, purple bandage on her right hind leg and a pink cast, decorated with hearts and the message, 'Get well soon.'"

Though Rivers may no longer have perfect use of one of her injured limbs, she is doing better each day and loving life to the fullest. "With two limbs wrapped, Rivers is not able to maneuver very far, but she is just as spunky as any young kitten, batting at the shiny scissors on the examination table with her left paw and nibbling on other objects of curiosity within her reach," according to Bozeman Daily Chronicle.

The shelter just recently updated the progress of Rivers on their Facebook page: "Rivers is thriving in her new home. Her rear cast has been removed now that her hind leg is healed and her mobility increases daily - which includes navigating the stairs! What a loving home she is in - she has even become good friends with her (and HOV alumna!) Belle."

Rivers rescued and given a second chance