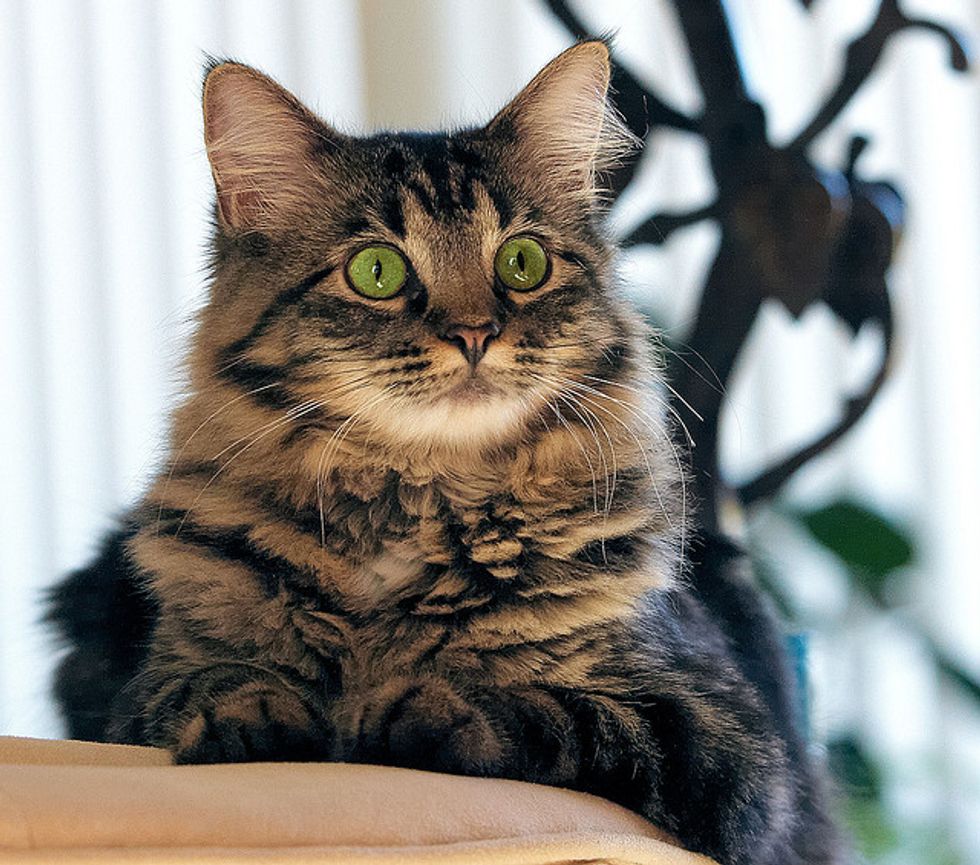 Sasha the Rescue, a Feral Cat at Heart

Sasha was born a feral kitten in an abandoned building adjacent to Demitria's business. "When Sasha was about 4 weeks old, she and two feral litter-mates were brutally seperated from their mama when the old building they were living in was abruptly boarded up. We were aware that they were inside but it took nearly FOUR days of screaming, begging and red tape pulling to get traps inside. Sasha was the only survivor. I will never forget the sight of her so very tiny and scared in the trap... her huge eyes were bigger than all the rest of her," said Demitria.

"Sasha was a very affectionate little kitten, responded very warmly to both myself and my husband both as we fed, cuddled and cared for her. She was, and still is, a real talker, meowing away to us when we speak to her and always announcing her entrances and exits from the room."

However, as Sasha grew older, her feral nature became much more apparent now at 2 and 1/2 than it was when she was a baby. She does not like any visitors, no matter how many times they have been to the family before and she is becoming more independent around the family. "Just lately, we have been thrilled to see her make a connection with our adult son who has moved back home after 3 months of 24/7 work on his part, she is allowing him to feed her treats and sneak the occassional quick pet. Miracles DO Happen!"

"It has been almost 2 & 1/2 years since I first met this incredible cat and she still captivates and fascinates me as much as she did when she was 100% helpless and no bigger than the palm of my hand."