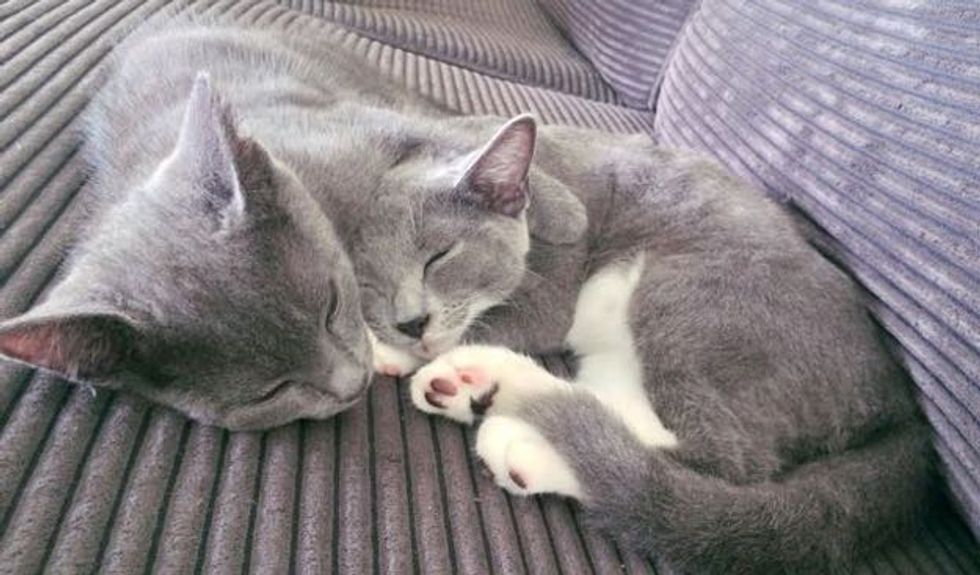 She Saved Two Kitties, They Saved Her Too

A woman rescued two kitties and brought them home, but what she didn't know they rescued her too. "I saved them, they saved me," she wrote.

Reddit user Lushhh wrote: "Company I worked for closed down, family issues, I really felt like I had reached my limit. I wasn't telling any of my friends what had been happening because I didn't want to answer any questions. I see a picture of Myla (on the right, white feet) and I felt like I loved her without even meeting her. I went to bed and couldn't stop thinking about her little grey face and white chin, so I decided I would go and get her. Packed my best friend into my car and we drove 3 hours to pick her up.

3 weeks later I see a picture of Mason, lying under a tree. I ask the owners what breed he is, how old is he, can I have him? They say yes and drop him off to me about an hour later. Mason hops out of the cardboard box and I can literally see the fleas wriggling around on his little body.

(Myla) was found in a box with her 3 brothers on the side of the highway. The lady that found them couldn't keep them all, so when I saw a photo of Myla I packed the car and drove the 6 hour round trip to pick her up.

The one giving her a cuddle was roaming a farm covered in fleas; his owners didn't want him and were neglecting him. It's taken him about 4 months to let us hold him, but now he's the cuddle king.

It's been 4 months and I'm only just starting to realize how much of a dark place I was actually in, and how these two distracted me to the point where I don't have bad thoughts anymore. And if I do, I've got two little grey things depending on me for belly rubs - I can't leave them."