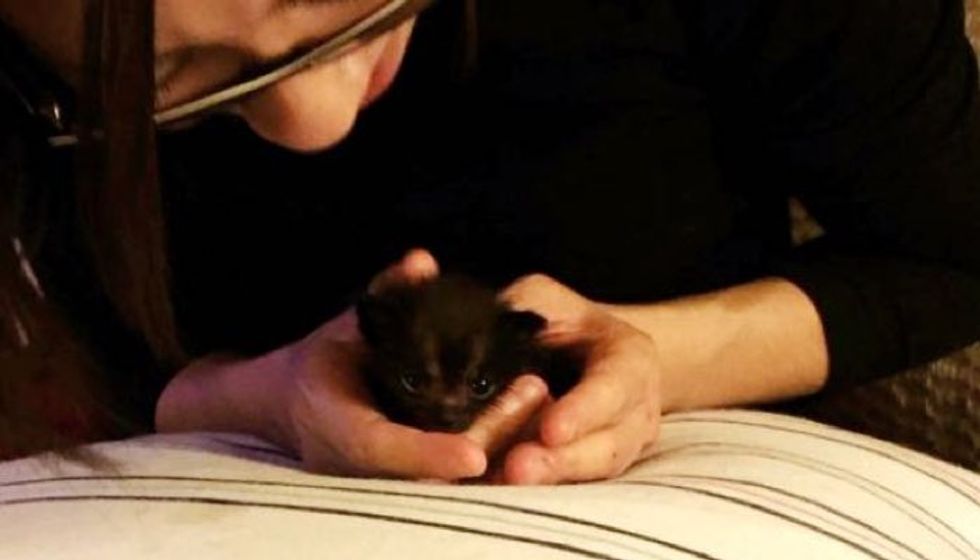 She was told that the kitten wouldn't survive over and over by the vet, but she wouldn't give up. Here's Kitty Babe from a frail tiny runt to a beautiful and healthy fluffy cat! 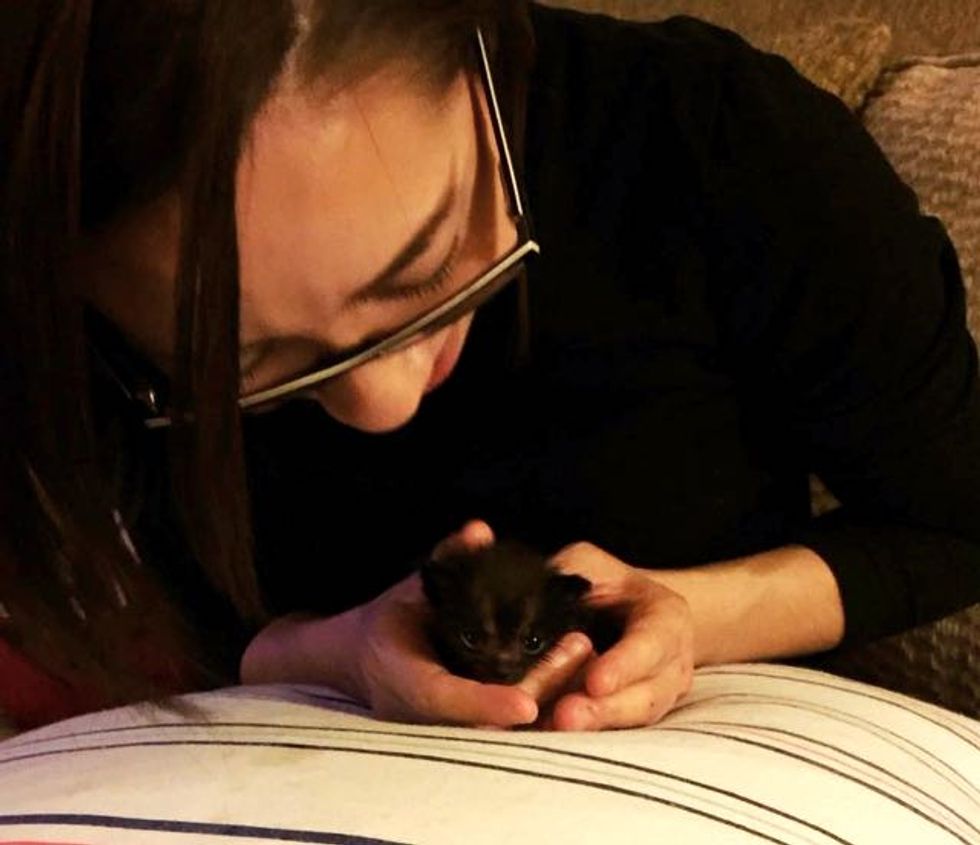 "She was the runt of the litter and fit in the palm of my freakishly small baby hands. I brought her to a vet and he told me she wouldn't make it through the night," Kristel wrote via imgur.

"A vet tech friend suggested I get a kitten bottle and formula and try feeding her myself. It was just as much work as my newborn was. Feeding her every two hours (which she struggled to learn), plus massaging her butt so she would poop (which I never had to do with the human newborn), keeping her clean and warm." 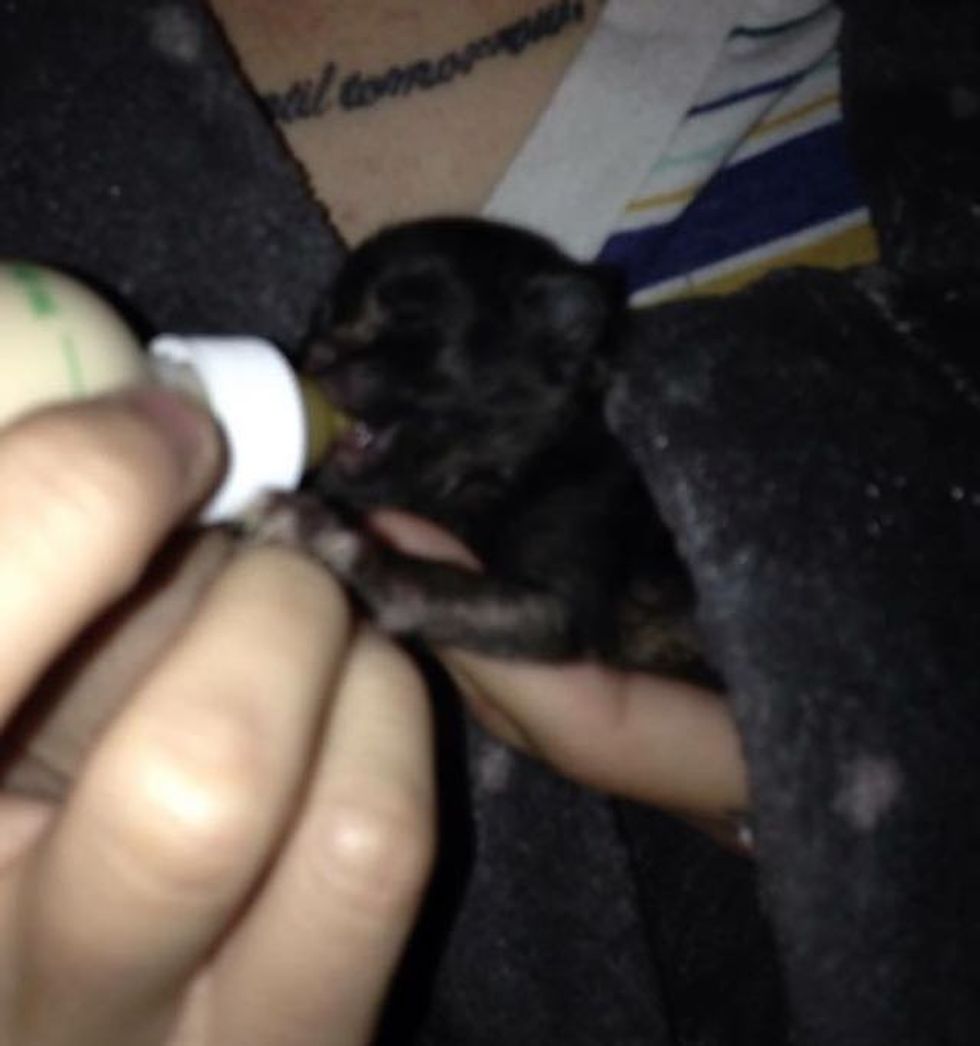 "At this point she was able to drag herself for a few minutes before becoming exhausted, but she still had a little trouble drinking the bottle, and pooping was REALLY hard for her and made her scream. It broke my heart. Again I contacted a vet, and again I was told to just give up," she added.

But Kristel didn't, and things started to improve. "She finally learned to hold herself up! She doesn't quite look like a cat yet but at this stage she loves being stroked on her chin, and she can walk around a little bit longer." 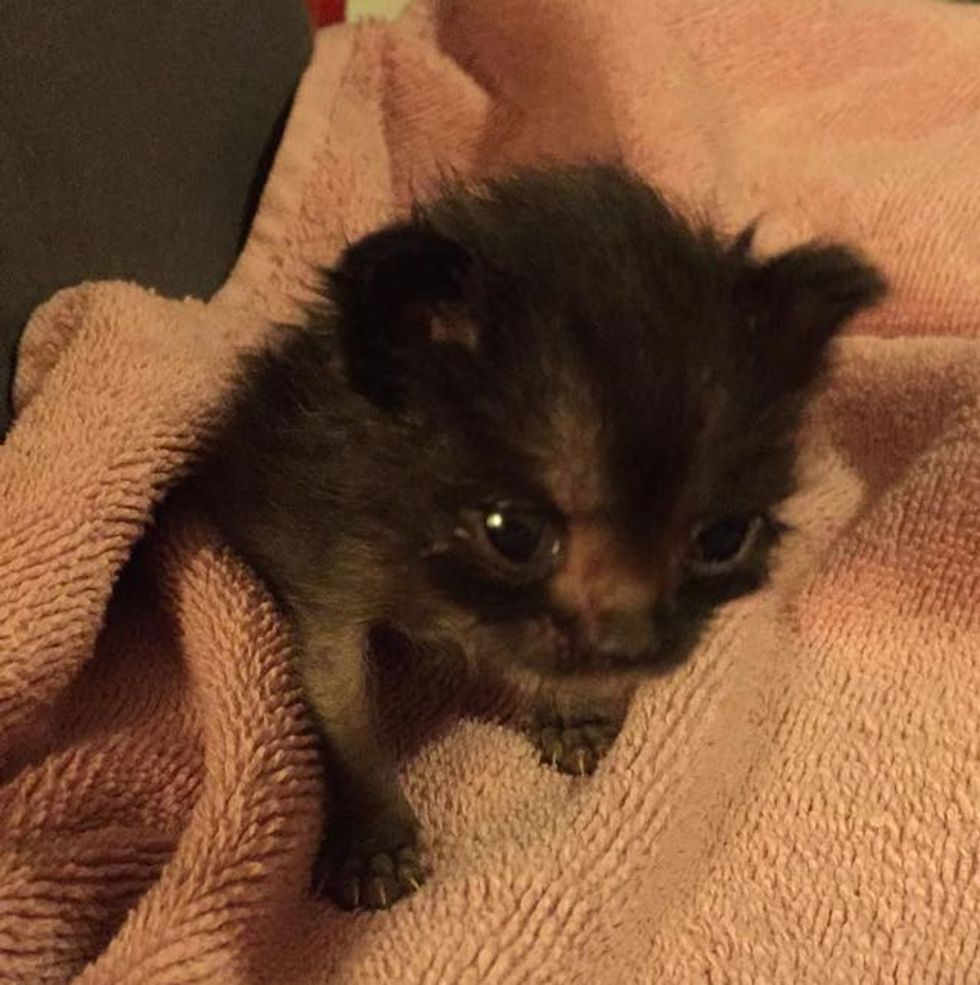 "Here she is right after she learned to walk."

"Her fur is still patchy, but it has started to fill in considerably... Her kitten siblings were all around 3 lbs. Runt kitty on the other hand, was still being measured in ounces.

"She wouldn't reach the 1-pound mark for a few months after this photo." 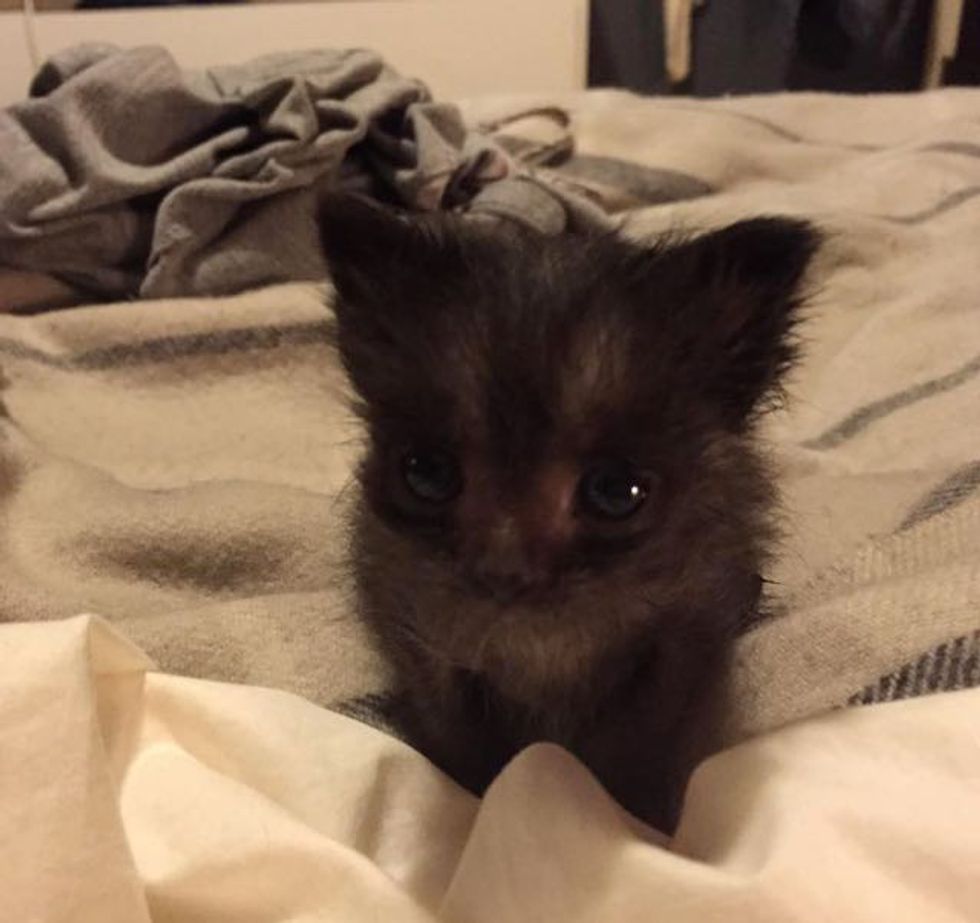 "She sleeps in my lap most of the time, and cries when I move her to her heating pad bed." 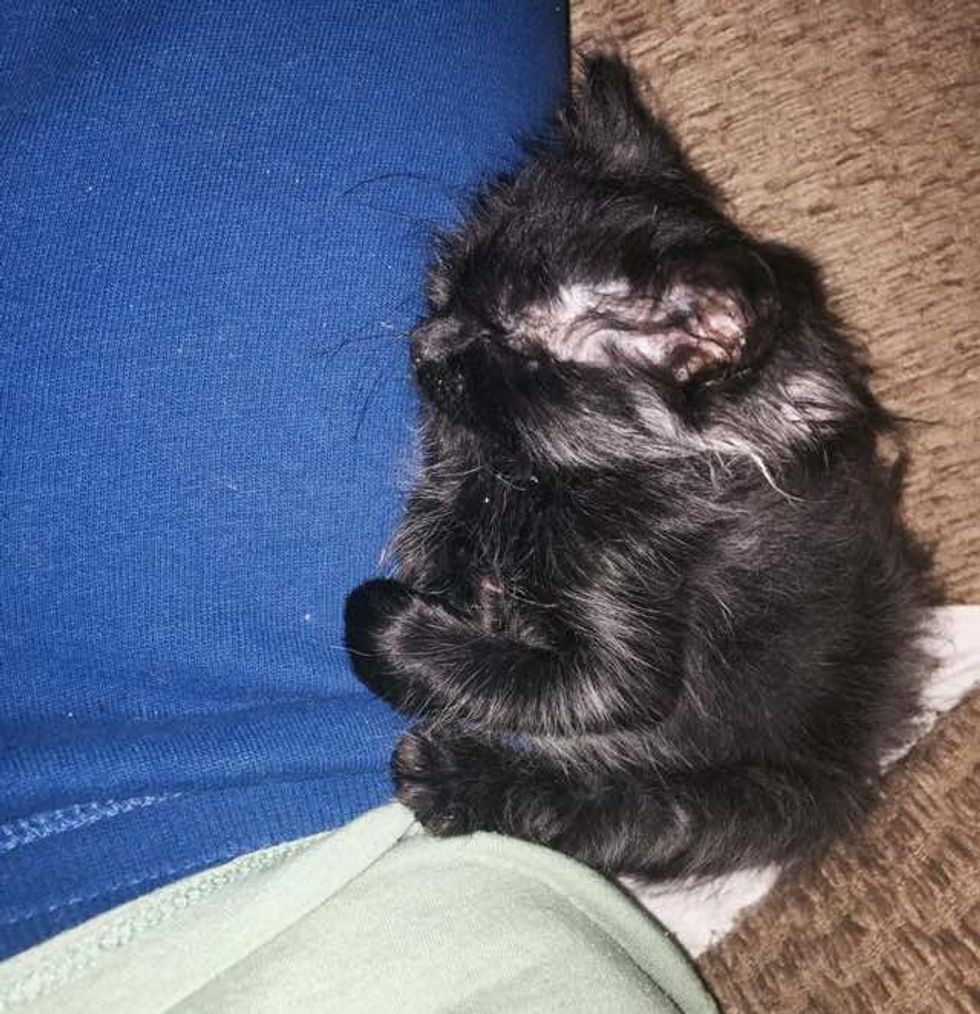 "She is still very very underweight and a little weird looking... She stayed looking like this for quite some time, but slowly gained weight and began eating wet kitten food (with a lot of coaxing and baths, since she tended to simply jump into the food dish and roll around in it, possibly to absorb the nutrients through her skin....)." 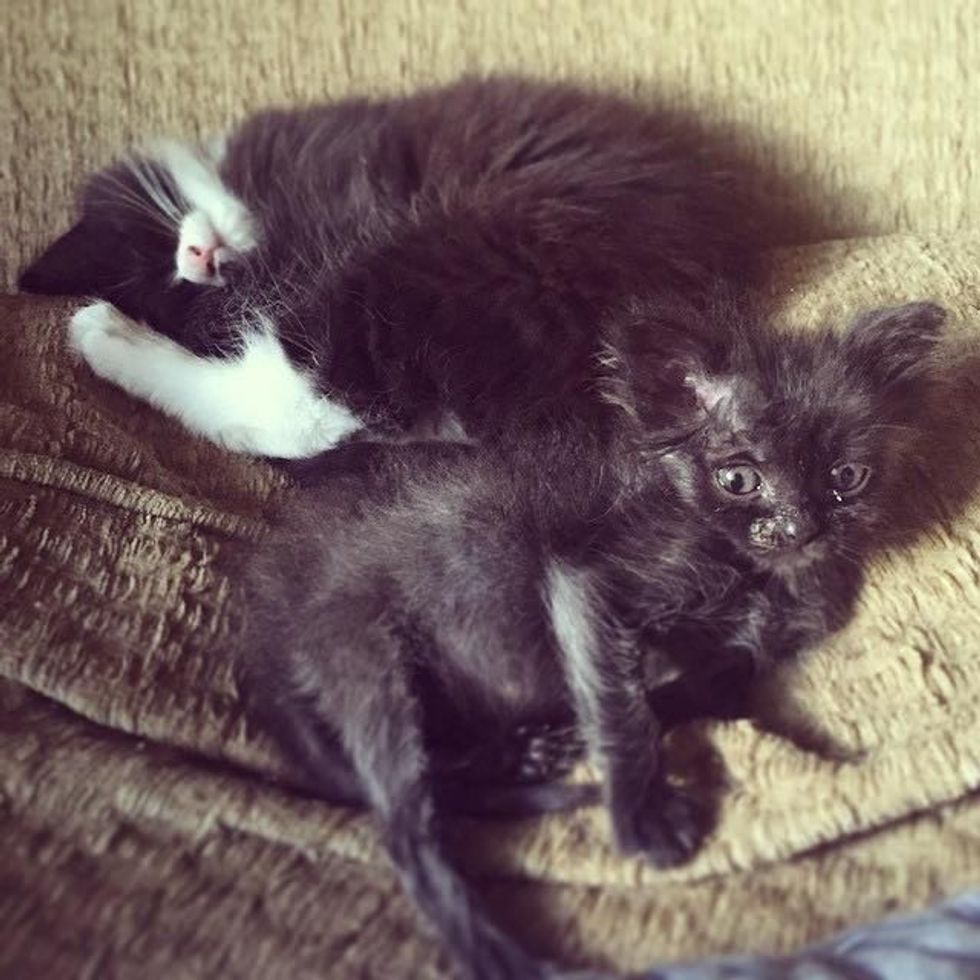 "She has grown into a very silky and puffy cat. She is still extremely small for a full-grown cat (only slightly bigger than your standard kitten at 8 or 9 weeks), but she is healthy as can be! She loves to lay in the sun... and has a bushy fox-like tail, and strange antennae-type tufts coming out of her ears. Also she is forever trying to curl up on and around my face." 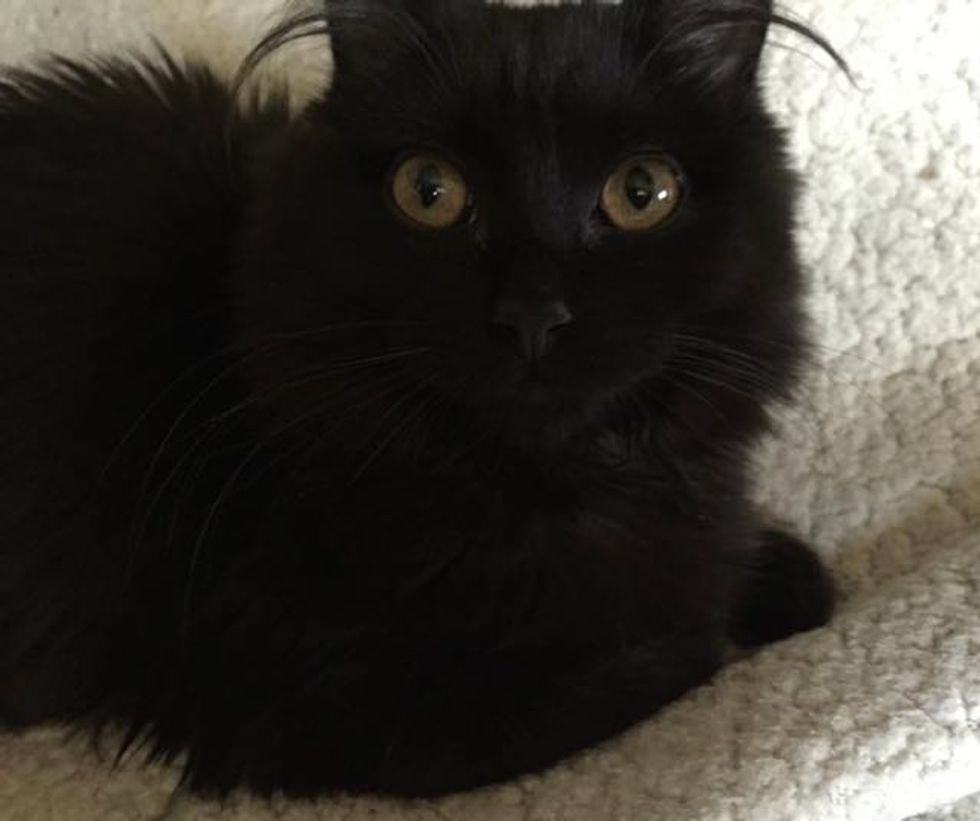 "From palm-sized werewolf to fluffy munchkin." 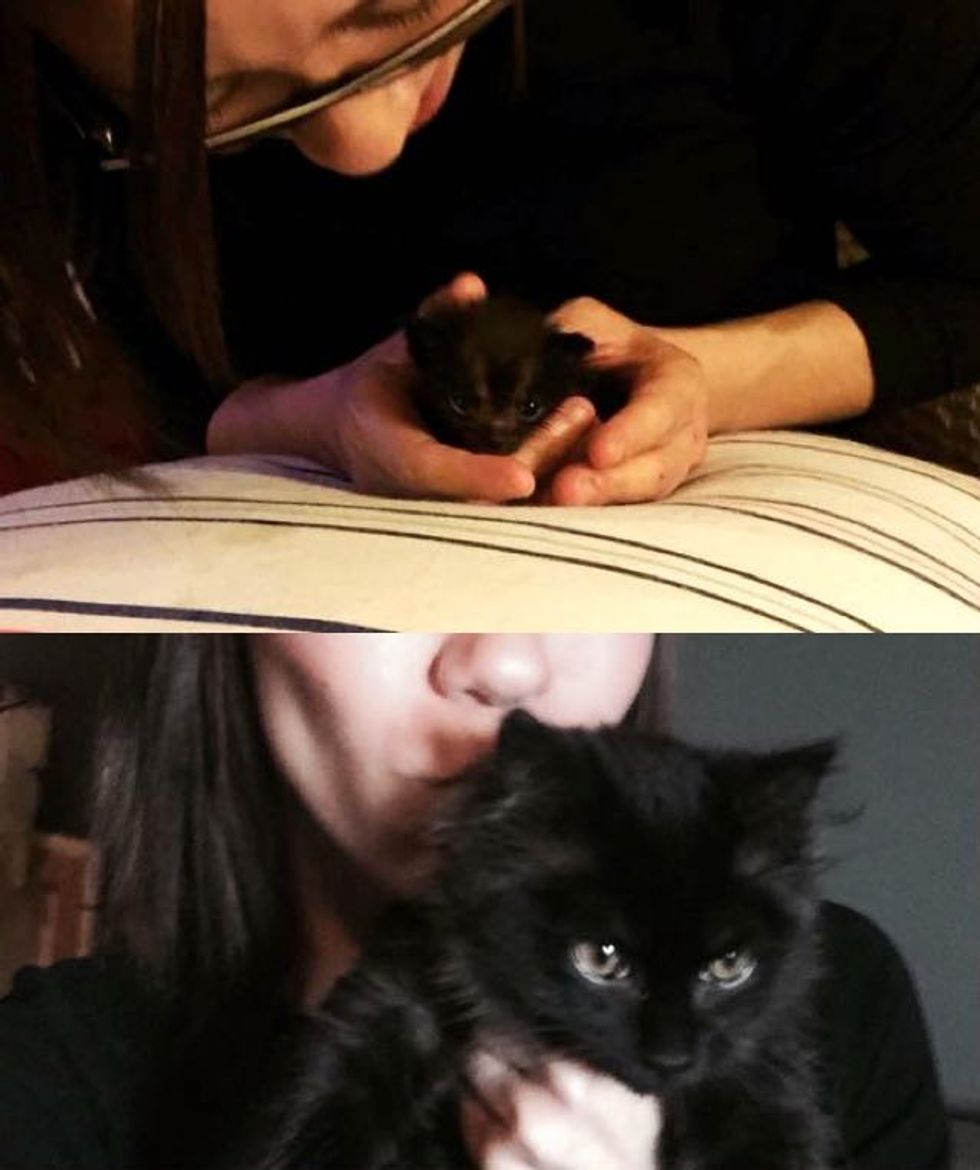